You are here: Home / The Cold Spotlight / Why Are Dirt Bikes So Expensive? (10 Reasons) 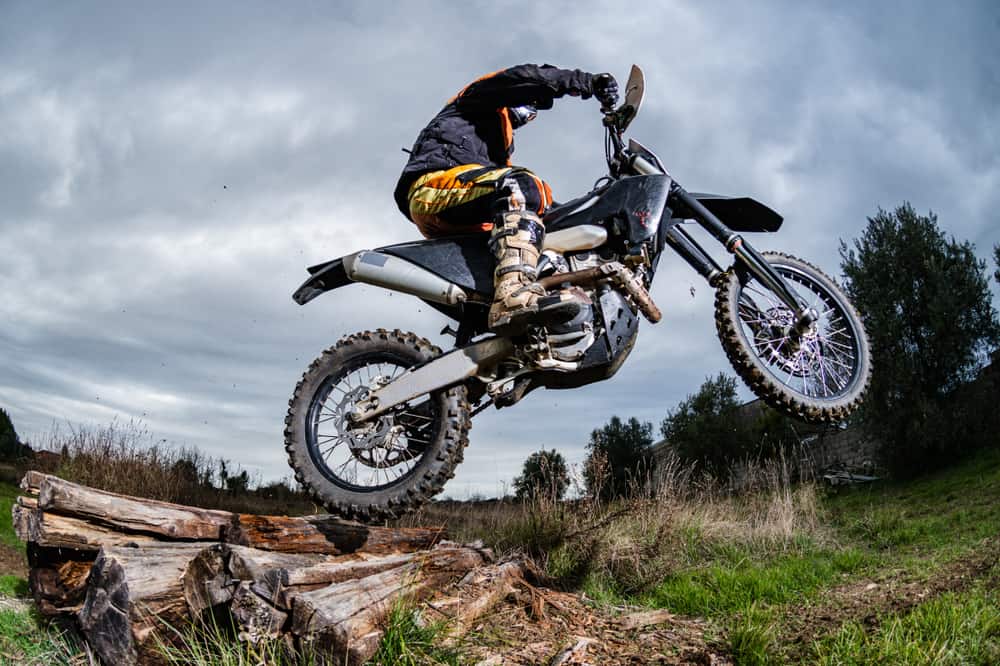 A fun hobby that you might have is racing or riding dirt bikes on trails and through the woods.

Dirt bikes can reach pretty impressive speeds, and there’s nothing quite like testing yourself by driving down a challenging trail.

If you’ve wanted to try your hand at riding a dirt bike around, then you may have done some shopping for dirt bikes.

During your search, you may have discovered that dirt bikes don’t come cheap.

Considering they’re just supercharged bikes, you may wonder what makes them so expensive. 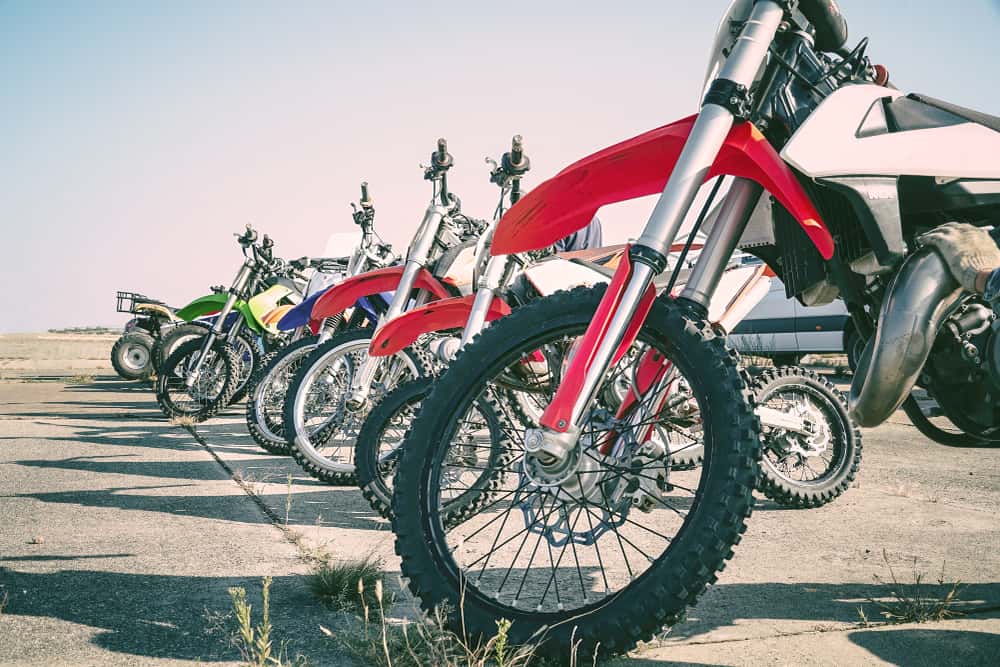 Certain factors like import fees, the cost of making the bike, and accessory costs can make dirt bikes quite expensive. 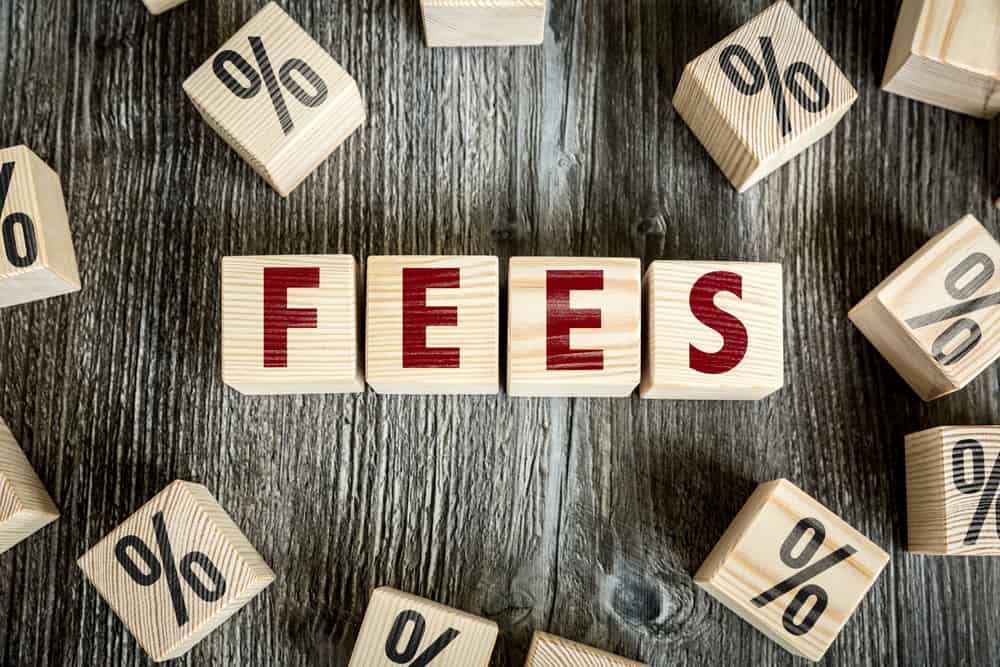 One of the main reasons dirt bikes are expensive is that most of them come from foreign brands.

There are only a handful of American companies that make dirt bikes.

Most of the popular brands come from Japan.

The fact that dirt bikes are imported from Japan makes them expensive for a few reasons.

The first is import fees.

Any time a country wants to sell goods in another country, they usually have to pay some sort of fee.

The fee ensures that their products aren’t so cheap that it undercuts any domestic business.

However, it also means that the price of dirt bikes becomes more expensive.

Without that fee, the bike might be more affordable.

It also means that Japanese manufacturers need to cover their own costs.

Whether it’s to offset the import fee or their own operational costs, they’ll need to put a higher price on it.

They’re shipping it to the United States, after all, and dirt bikes aren’t small or that light.

To cover those costs, they also put a higher price tag on their products. 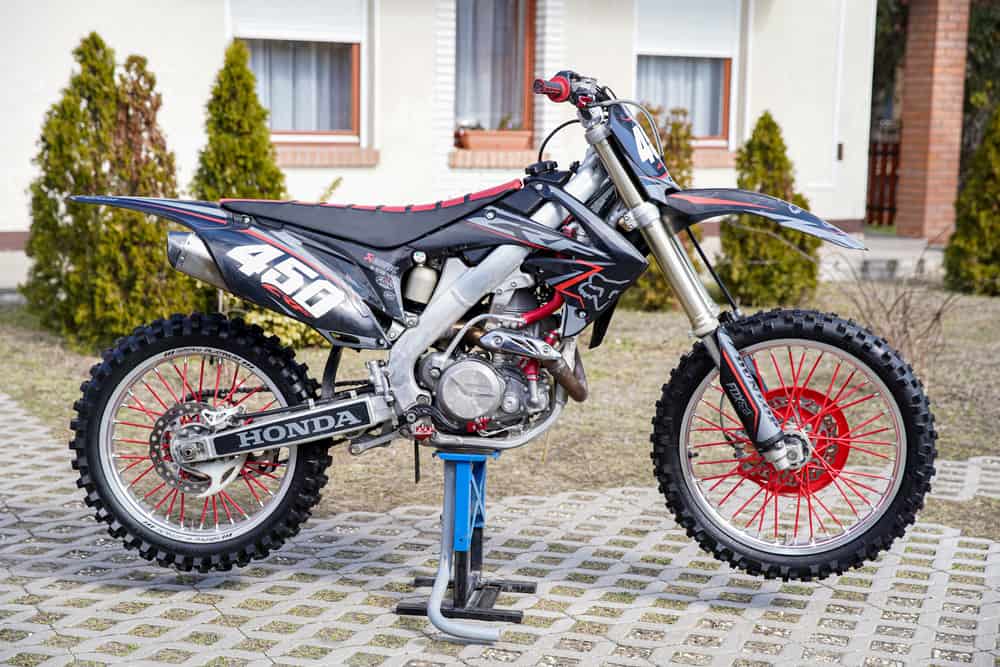 The most similar vehicle to a dirt bike is a motorcycle.

Motorcycles are more popular because they’re built for the road.

They have to follow certain regulations to be road-worthy.

Manufacturers build dirt bikes for the track and the trail.

They’re not made for use on the roads.

As such, there isn’t as much demand for them as there might be for motorcycles or cars.

They have a very specific use.

If you don’t want to race on the track or take the bike out on the trail, then you likely aren’t ever going to buy a dirt bike.

That impacts how many units the company produces.

Since it knows it has a small market, it only builds so many dirt bikes in a year.

This ends up making a limited supply available.

If there’s a lot of demand in the market, then the price of dirt bikes increases.

There isn’t enough supply to cover the demand.

Mass-produced vehicles, on the other hand, rely more on quantity.

They’re able to push a lot of vehicles out of the factory and rely on massive demand to make a profit. 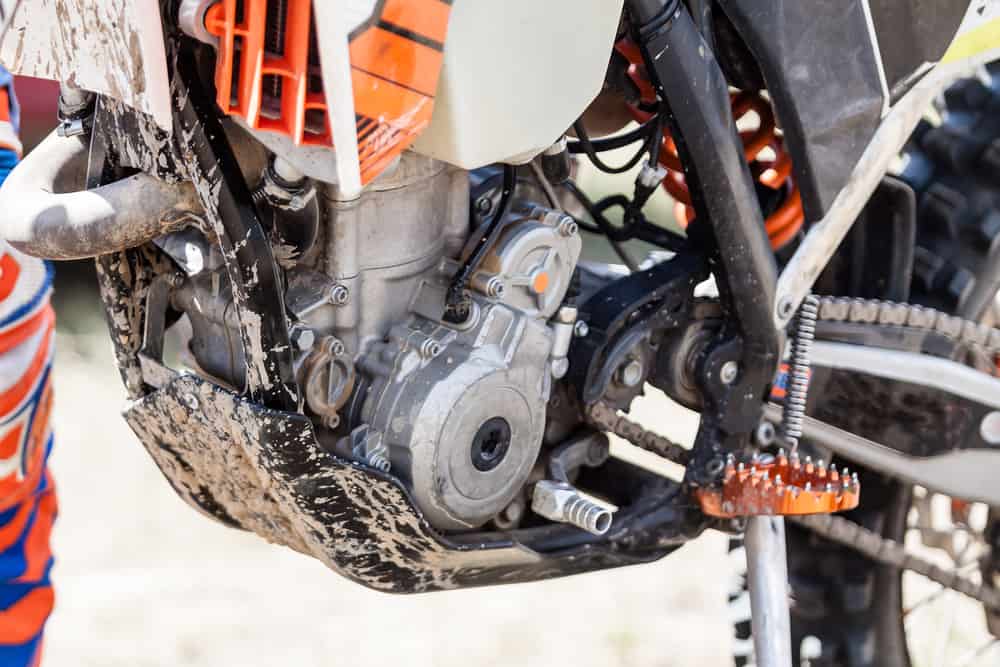 The aspect that separates a dirt bike from a regular bike is that it has an engine on it.

When it comes to engines, there are two main types that dirt bikes use.

The two-stroke engine is lighter and provides better control of the bike.

However, it doesn’t perform quite as well as the other type of engines.

The four-stroke engine is heavier but also produces more power over time.

It’s a bit more difficult to control in that it isn’t as light, but it also gets more traction on both wheels.

Because the four-stroke engine is more powerful, it tends to be more expensive.

It also has more moving parts.

Building an engine is always expensive.

It uses expensive materials and usually requires quite a few parts.

The bigger or more sophisticated the engine, the more expensive it’s going to be. 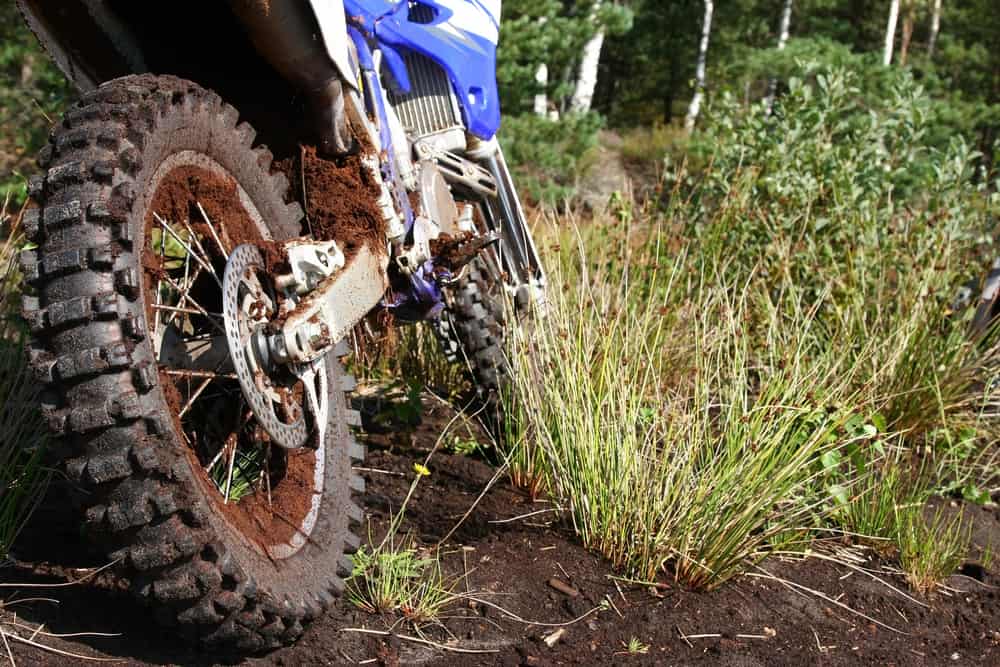 Tires are another expensive part of a dirt bike.

Like any other vehicle, tires are a very important component of a dirt bike.

The tires on a dirt bike are wider, bigger, and thicker than the tires used on a standard bicycle.

They have to be bigger because they’re moving at a faster rate.

The engine propels the bike forward at great speeds.

Without thicker tires, the bike would fall and the rider could become seriously injured.

The larger tires also make the bike more durable when used on the trail.

When driving along hiking trails, your tires are going to be running over branches and sharp rocks.

If they’re not the right type, then you can puncture a tire.

You’ll end up having to drag your heavy bike all the way back to your trailer as a result.

The problem with larger tires is that they’re more expensive to make.

For one, they need more material than thin tires.

Secondly, a bit of engineering has to go into the design of the tires.

Since the tires are a bit more advanced, they’re more expensive to make.

That adds to the cost of the dirt bike, too. 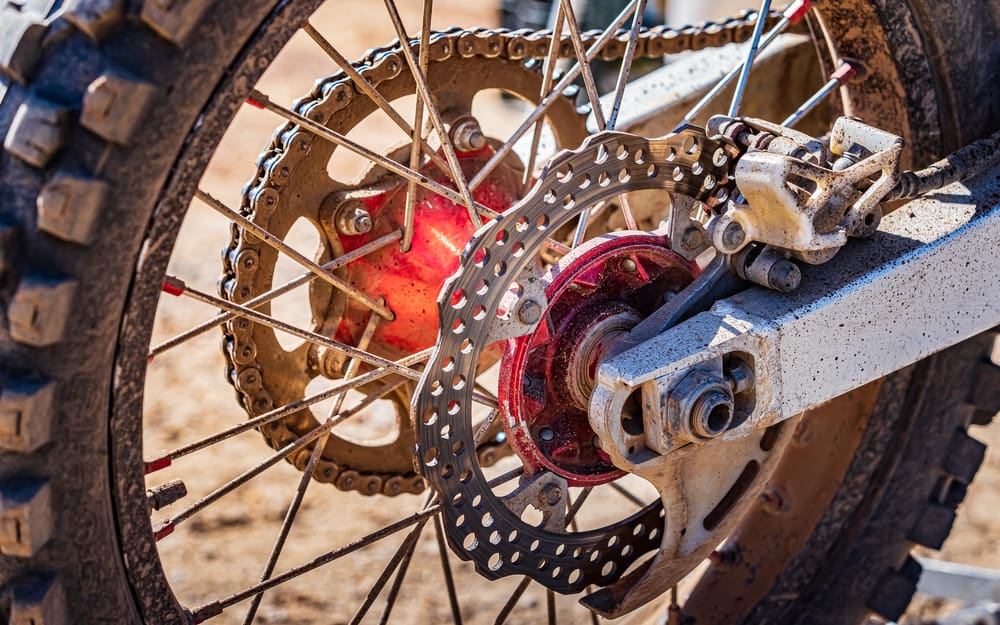 Another important feature of dirt bikes is their braking system.

Since the two major places that people use dirt bikes are on a racing track and outside, braking is essential.

In a race, the riders need to brake quickly to avoid hitting one another or a wall.

In the woods, they may need to break suddenly to avoid hitting a tree or even driving right off a cliff.

The problem with a good braking system is that it needs to be powerful and high-quality.

It has to overcome the power of the engine.

That sort of braking system isn’t cheap to make.

The manufacturer doesn’t want their braking systems to fail.

It could lead to serious injuries and lawsuits otherwise.

As such, they invest heavily in braking systems.

Since their brakes are expensive to make, it makes the dirt bike more expensive as a whole.

Dirt bikes are expensive because of their high-quality braking systems. 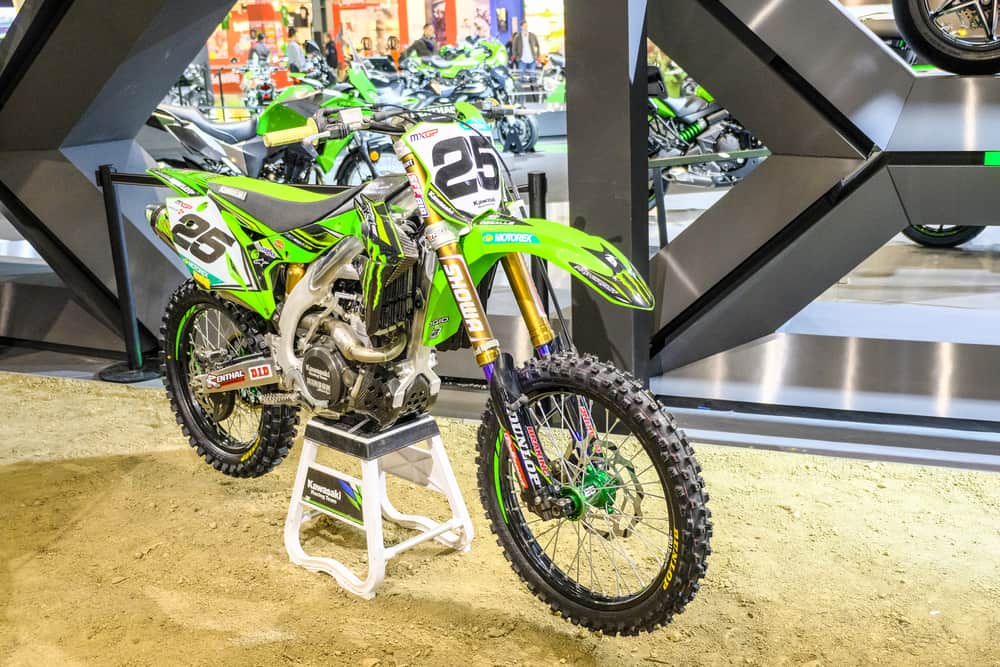 Dirt bikes go through a lot of wear and tear.

On the track, they’re going over bumps, running into other bikes, and even hitting the ground hard after a hill.

If the frame of the dirt bike isn’t strong, then it’s going to fall apart right there on the track.

The same goes for bikes used on the trail.

Whether the rider passes through some branches, runs into a tree, or just runs over some rocks, their bike is experiencing some serious strain.

It takes its toll.

If the bike used a cheap material to make its frame, then it could fall apart under that stress.

To avoid that, most dirt bike manufacturers end up using durable frame materials.

One of the most popular is carbon fiber.

It makes an ideal frame for dirt bikes because it can take a lot of abuse without cracking or breaking.

This means that the rider can run into stuff or fly over hills without worrying that their bike is going to fall apart beneath them.

Since it’s expensive to make, this carbon fiber material makes some dirt bikes expensive, too. 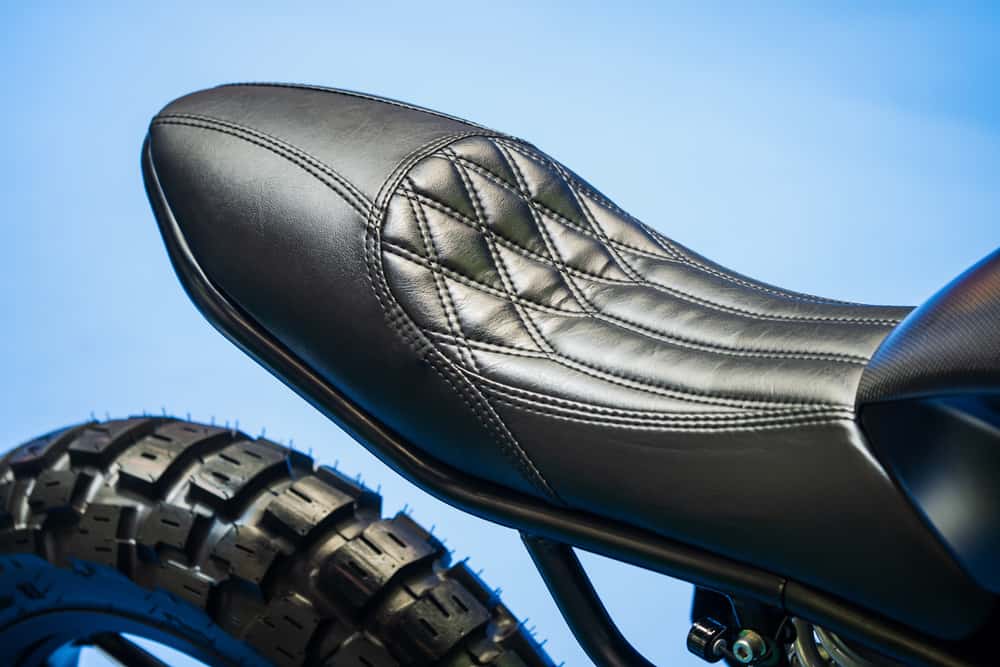 You can customize your dirt bike to a point.

For example, you can always put your logo or colors on the frame of the bike.

The seat of the bike is more important than some might realize.

It not only provides comfort for the rider, but it can also help them stay on their bikes.

Some seats, for example, use a material that provides more friction.

Some even come with bumps to help their riders stay on them.

Others focus on using more foam to provide a softer seat.

That makes falling down on the seat of your bike a lot more comfortable.

Some seats are more expensive than others.

Some riders will want real leather, for example, while others will prefer something both durable and eye-catching.

A few might choose to customize their seat with their logo while others might have it made in a certain color.

All these aspects make the seat cost more money.

The bigger the seat is, the more expensive it is, too.

Dirt bikes are expensive when you customize your seat or buy one that’s bigger or more comfortable. 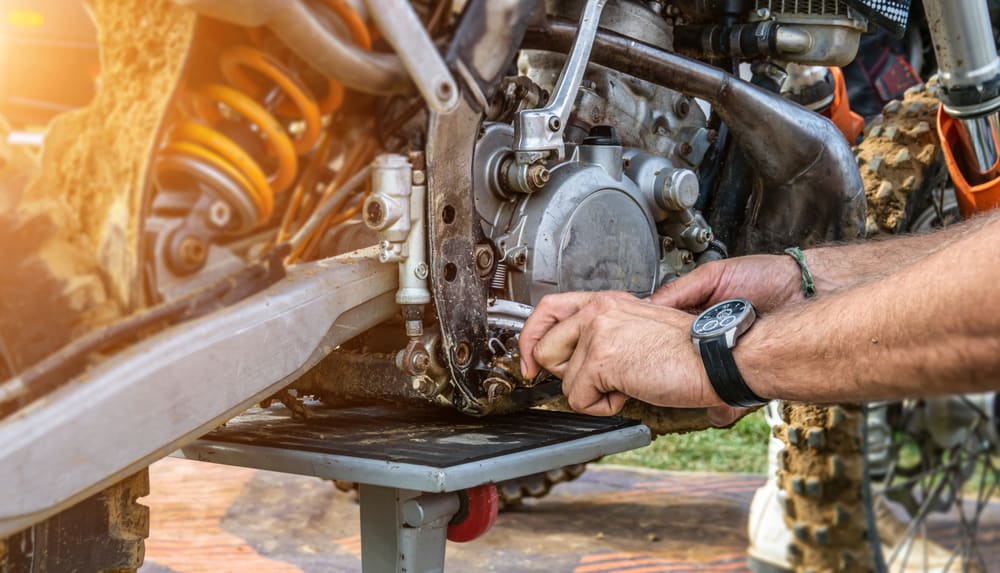 While buying a dirt bike is certainly expensive, maintaining it is also expensive.

The problem with owning a dirt bike is that you’re spending a lot of time repairing it.

If you use your dirt bike in a rough manner, then you’re going to find that the hobby is quite expensive.

Even after you buy your dirt bike, the costs don’t end there.

You’re going to spend more money repairing it after use.

If all you’re doing is carefully driving down trails, then you’ll probably make your dirt bike last longer.

However, if you’re doing tricks and sailing over jumps, then you’re going to need to spend more money fixing up your dirt bike afterward.

Dirt bikes are expensive because the cost of maintaining them can be very expensive. 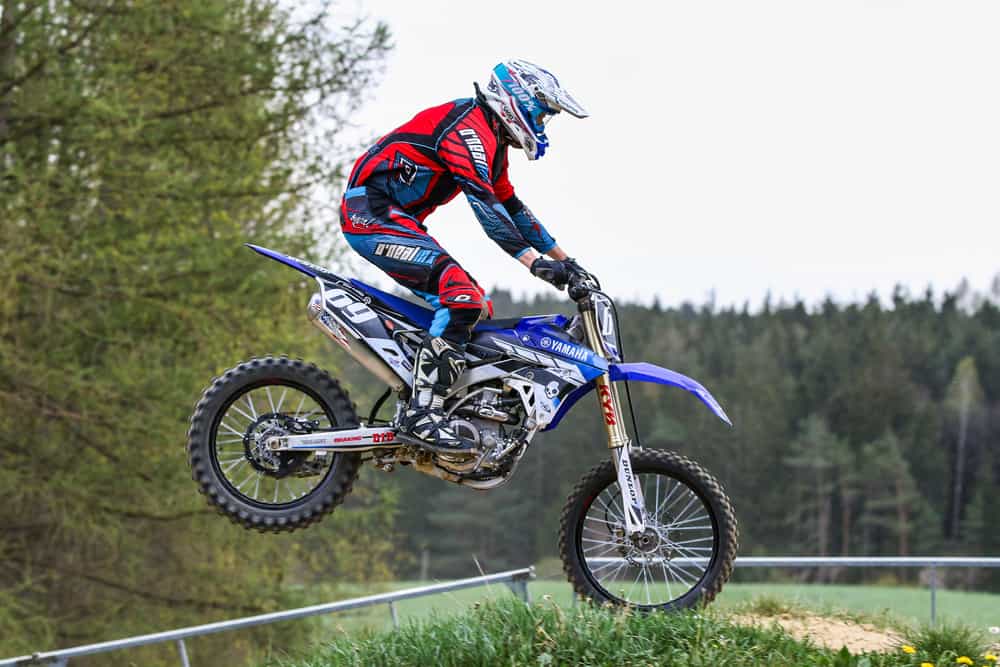 There are also certain parts of the bike that are made of titanium.

Titanium is another extremely strong material.

Because dirt bikes go through so much abuse, the best materials are required to keep them running.

That’s why some manufacturers use titanium to make certain parts.

Titanium is an expensive material.

The odd thing about titanium is that it isn’t a precious metal.

It also isn’t rare in the world.

Despite that, it’s still expensive to buy and use in the industrial sector.

The main reason titanium is so expensive is that it’s expensive to transform the ore into an ingot.

As such, if a company wants to use titanium, then it’s going to need to pay for the expensive procedure.

If the company doesn’t deal in ingots, then it’s going to find titanium is even more expensive after it gets processed.

That’s because transforming titanium ingots into mill products is even more expensive.

They end up having to pay the costs twice over.

Since titanium is expensive, using it on a bike is going to make the bike much more expensive.

Dirt bikes are expensive because many of them use titanium to make up some of their parts. 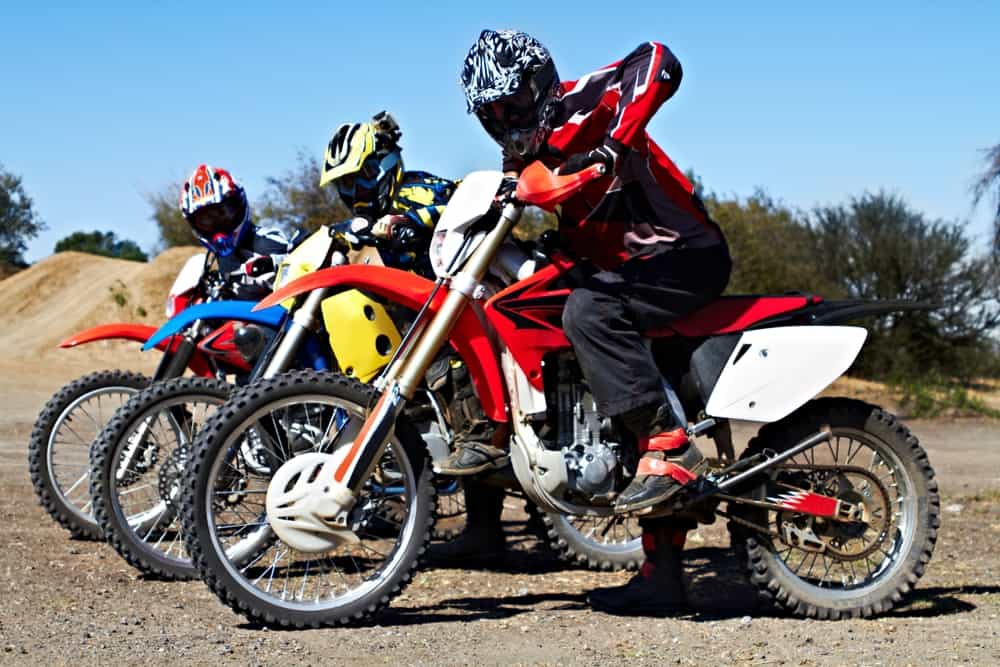 A final reason dirt bikes are expensive is that you’re not usually just buying a dirt bike.

There are a ton of other accessories that you need to buy along with your bike.

You need the right clothes made of expensive and durable materials like leather or Kevlar, a helmet, gloves, fuel, and an assortment of other accessories.

You’ll also need a cover to keep it protected from the rain, the right tools to scrub the mud from it, and a trailer to transport it.

All those accessories can come at a high cost, too.

Dirt bikes are expensive because their related accessories are also expensive.

Dirt biking can be a fun but expensive hobby.

Dirt bikes alone cost a lot of money because of the costs associated with building them.