You are here: Home / The Cold Spotlight / Why Are Baseball Gloves So Expensive? (10 Reasons) 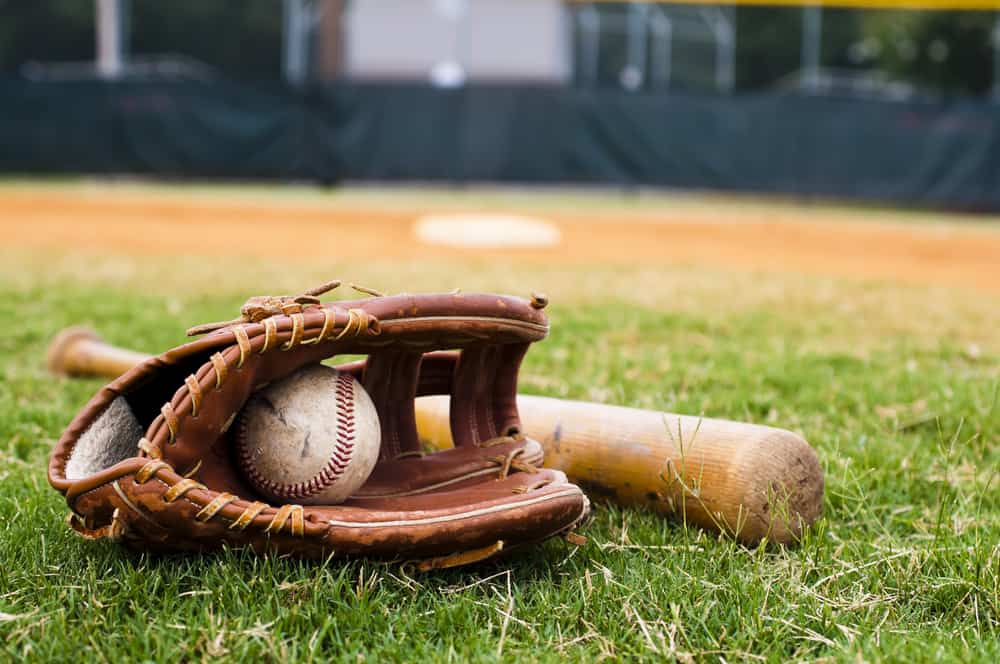 Playing baseball is relatively simple when it comes to equipment.

When shopping for the required materials, however, you’ll quickly find that baseball gloves can be pretty expensive.

Whether you’re thinking of playing professionally or just want to play as a hobby, you may wonder why the gloves are as expensive as they are. 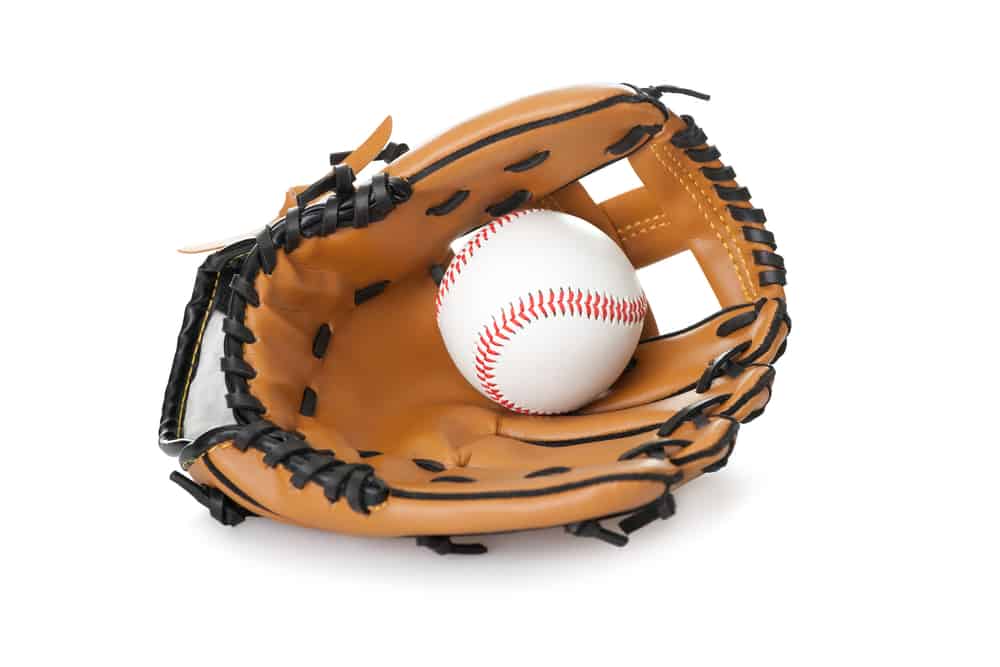 The average price of a baseball glove is around $150.

However, professional baseball players tend to use gloves that cost upwards of $400.

Certain factors like the glove’s material, the additional features, and whether it’s a collectible glove can impact its price. 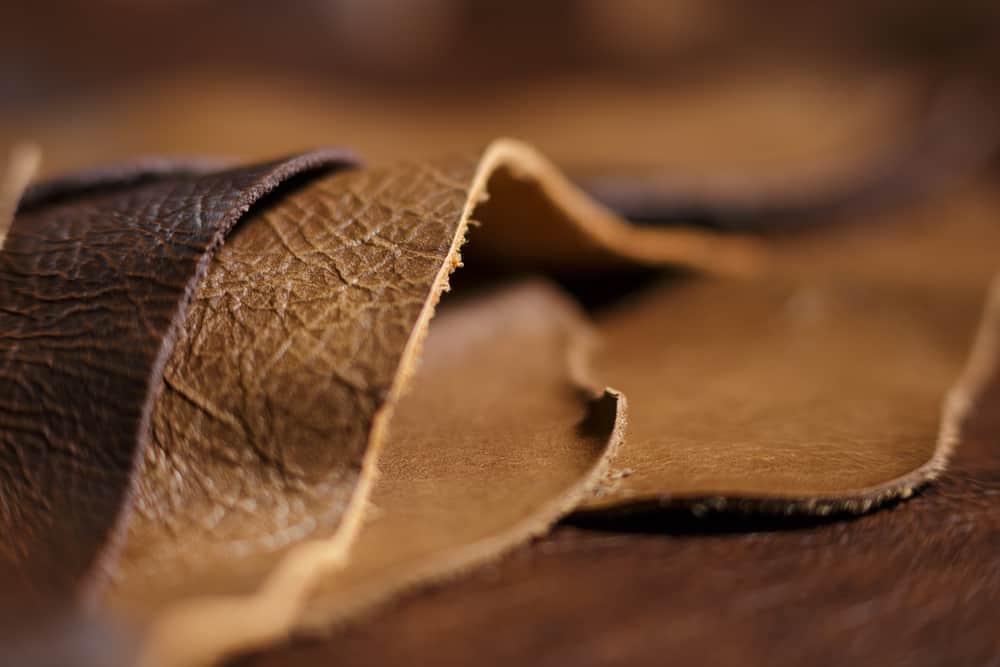 One of the reasons baseball gloves are expensive is that some of them use real leather.

The cheapest type of leather comes from cows, but even the cheapest brands aren’t really all that cheap.

You can find beginner baseball gloves that use faux leather or a similar material.

These baseball gloves tend to be cheaper as a result.

If you want a baseball glove that holds up well though, you’re going to need to look at real leather.

Leather that comes from cows is expensive for a few reasons.

The first is that it requires careful care of the cows.

If the cow is unhealthy, its skin might provide the best leather.

It might also die before an ideal time to harvest its skin.

As such, ranchers who produce high-quality leather invest heavily in their cows.

Since they’re spending more money to keep their cows healthy, they’re going to sell the products that come from their cows at higher prices.

Baseball glove manufacturers then need to offset the cost of acquiring expensive leather.

The result is an expensive baseball glove. 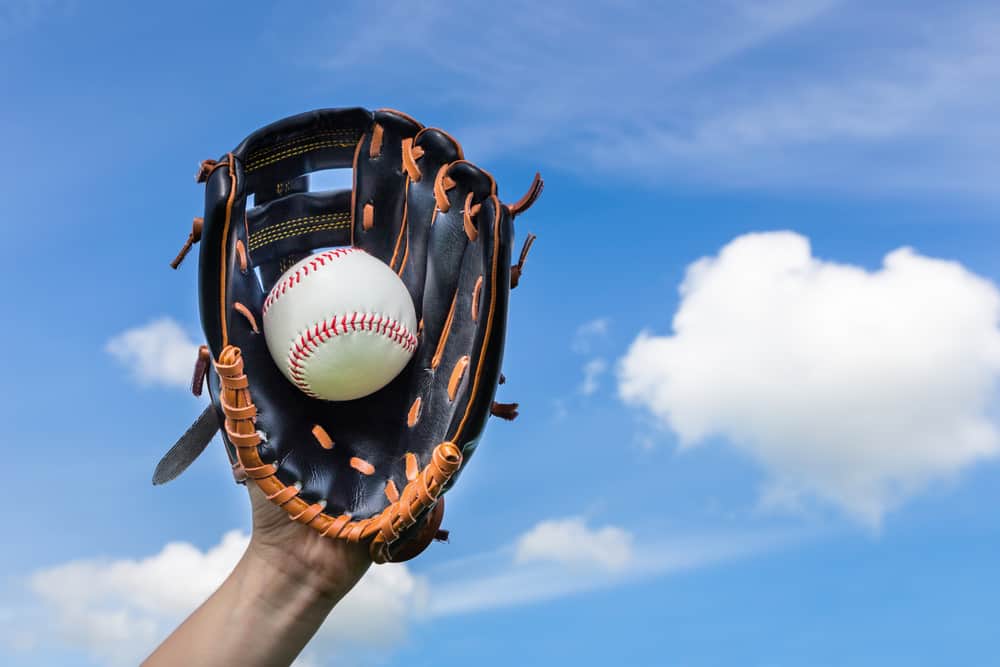 There are several steps involved in making a baseball glove.

One of the most important is quality control.

During quality control, a craftsman will thoroughly check every aspect of the glove to ensure it meets the company’s standards.

That means they check everything from the seams to the impact absorption.

They also test the amount of flexibility that the glove has in its fingers.

Since they don’t want to break the glove in on their hand, they must be careful how hard they test it.

Yet, they also need to ensure that the glove is perfect.

As such, they have to walk a fine balance during the tests.

If the glove doesn’t perform to their standards, it’s either sent back or scrapped entirely.

Anytime a glove doesn’t pass it adds more costs to the business.

They have to take the time to correct the problems and resend them to quality control.

While all businesses have a form of quality control, baseball glove manufacturers take their testing to the next level.

They know that their reputation is on the line.

As such, they end up spending a lot of money on the quality testing portion alone. 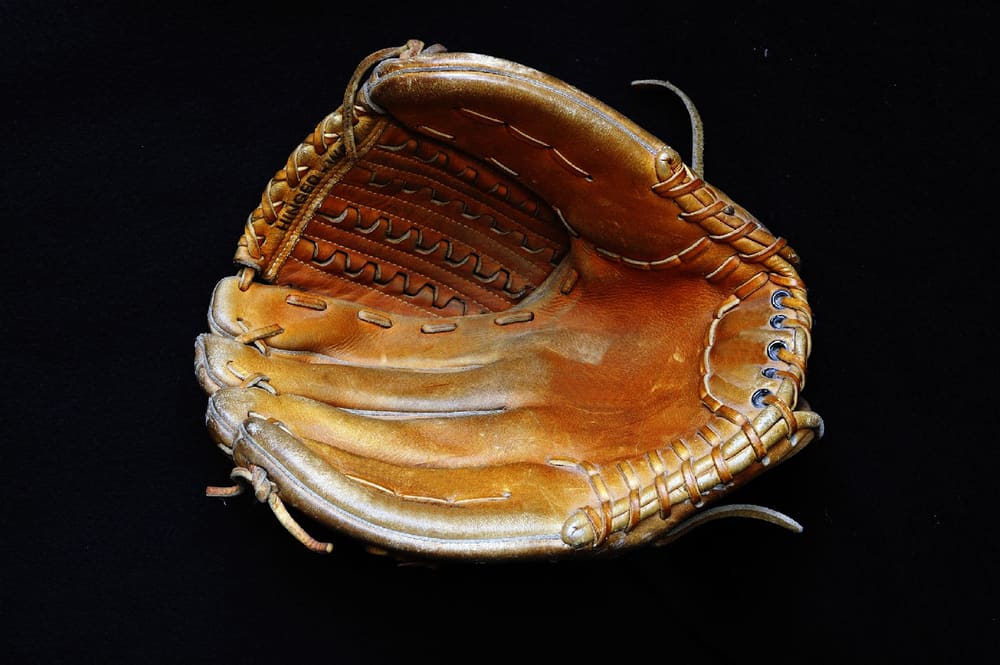 While cow leather is most common for making low and mid-tier baseball gloves, some professionals prefer to use kangaroo and yak leather instead.

Both kangaroo and yak baseball gloves are lighter than cattle gloves, and both have their advantages and disadvantages.

Lightweight gloves, for example, might allow players to move their arms a bit faster.

That might give them a better chance of reaching for the ball before it flies past them.

Heavier gloves, on the other hand, might be better at absorbing the impact of a ball.

It might decrease the chances of the ball bouncing out of their gloves.

Either way, some baseball gloves use kangaroo and yak leather.

This type of leather tends to be more expensive than cattle leather for a few reasons.

The first is that kangaroos and yak aren’t domesticated to the same level as cattle.

There aren’t a large number of extensive ranches.

As such, the supply of kangaroo and yak leather tends to be far lower.

Since there’s a reduced supply of leather available, baseball glove companies have to pay a lot of money to get access to it.

Since they’re taking on higher costs, they’re going to sell at higher prices. 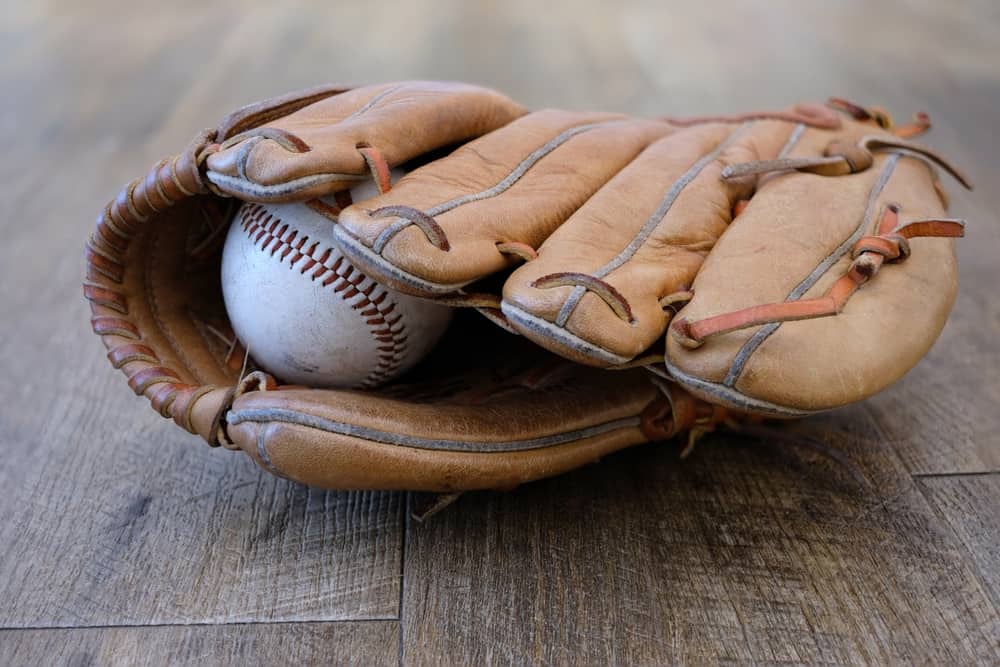 One of the most important aspects of a baseball glove is its ability to absorb impacts.

It’s important for a few reasons.

The first is that it reduces the chance of the ball bouncing out of the glove.

During the game, certain players have to catch the ball after it’s hit off the bat.

The problem with that is that the ball can be flying by at an incredible speed.

Catching that with your bare hand is going to hurt.

A glove with a good amount of absorption can cushion the impact.

Since there’s some cushion to it, it’s less likely that the ball will ping off the hard glove and out of the player’s hand.

This leads to fewer dropped balls which is quite important in a game.

The other reason impact absorption is important is that it leads to fewer injuries.

The more cushion that the glove provides, the less likely the player will hurt themselves by catching the ball.

You don’t want to lose your best players to a hand injury.

To give gloves that needed cushion and absorption, glove companies spend a lot of time in research and development.

They try different things to ensure their gloves are perfect.

They also tend to use more materials to increase the amount of cushion.

That makes it more expensive to produce a baseball glove. 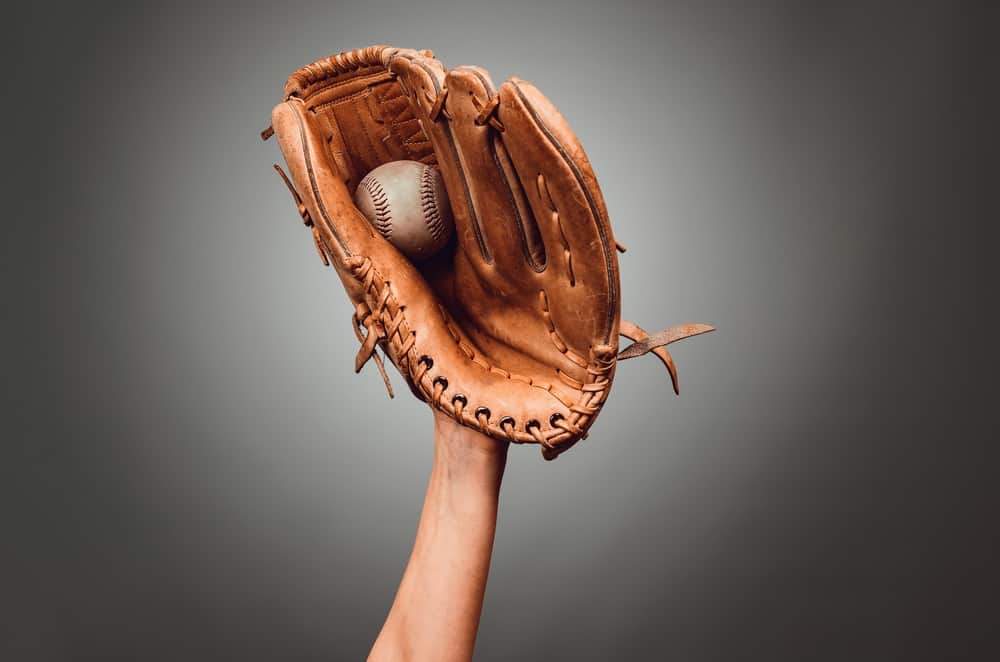 Another important aspect of a good baseball glove is flexibility.

The ability to move your fingers inside a baseball glove is vital.

If you can’t move your fingers, you’re going to struggle to close the glove around the ball.

The good news is that baseball gloves tend to loosen the more that you use them.

However, some players can’t afford to wait.

They need their glove broken in sooner rather than later.

As such, baseball glove companies spend a good amount of time and money looking into flexibility.

They want the fingers of the glove to be flexible enough to close but still rigid enough to provide good impact absorption.

To get the results that they want, they spend a lot of time researching and testing.

That eats up their investments.

Since it’s costing them money, they need to make up for that cost by increasing the price. 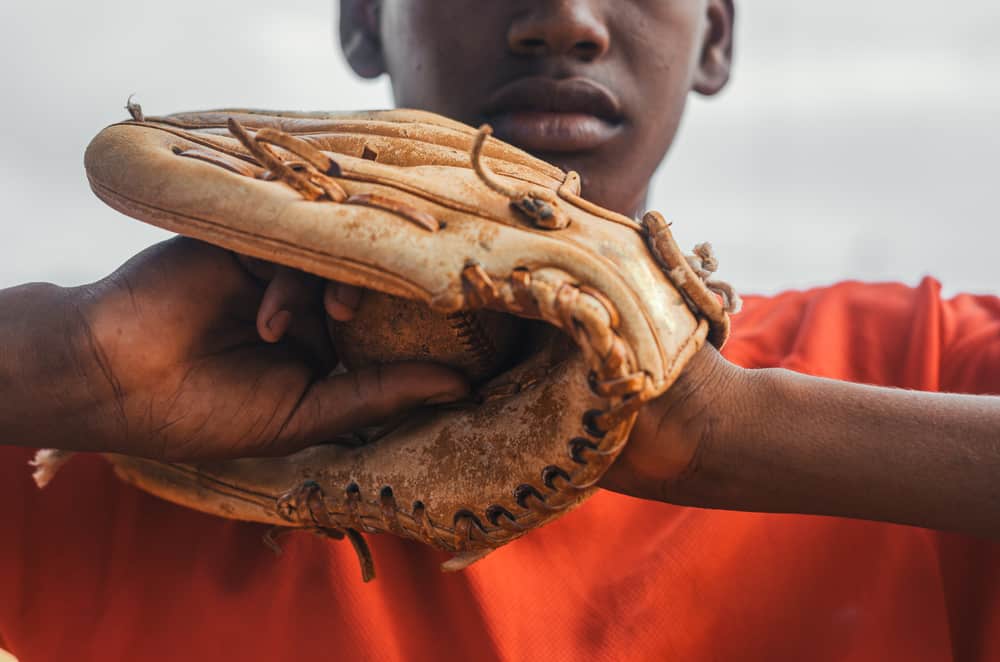 If you’re a left-handed baseball player, you’re out of luck.

While left-handed players tend to make great pitchers, they’re not always popular on positions in the in-field aside from first base.

This impacts the price of a baseball glove.

If you’re left-handed, you can’t get away with using a right-handed glove.

You’re going to be fighting your natural ability and preference.

It could handicap you during a game.

As such, you need a glove made for left-handed players.

The problem with these gloves is that they tend to be on the more expensive side.

That’s because, since there are fewer left-handed players, manufacturers usually don’t make as many.

While they do make some, they’re not matching the same amount as right-handed gloves.

That’s because the demand isn’t there.

Since manufacturers produce fewer left-handed gloves, it means the ones that are on sale come at a higher price.

It doesn’t cost the company anything more regarding materials to make a left-handed baseball glove.

However, just because the demand isn’t there and they have to change up their assembly line to produce a left-handed glove, they put a higher price tag on it. 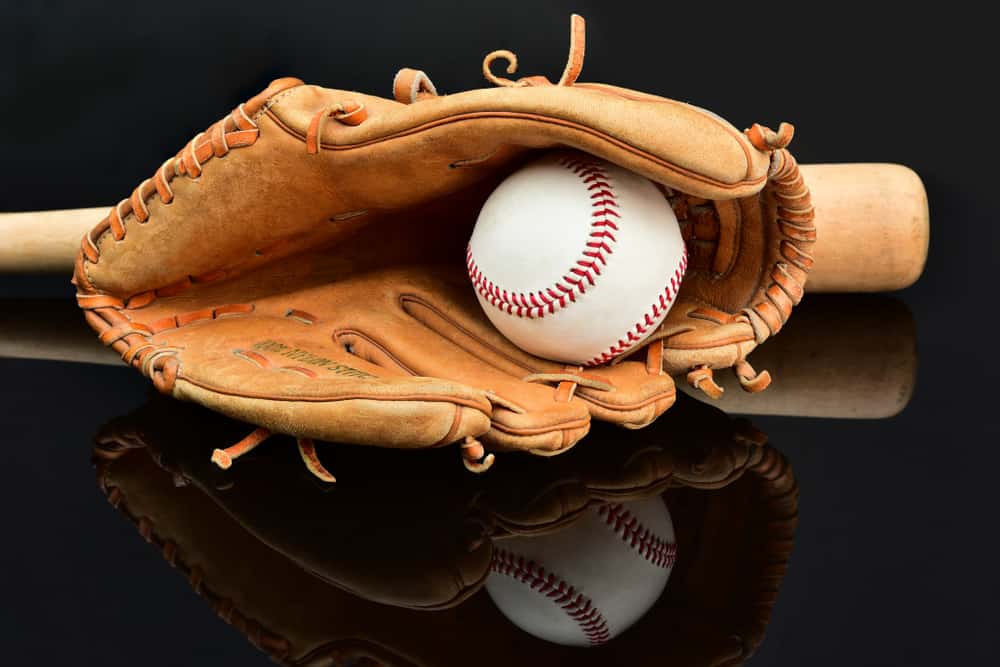 Another reason baseball gloves are expensive is that some players get them in custom sizes.

A professional baseball player usually doesn’t want a glove that anyone can use.

They want a glove that’s specifically made for their hand.

This ensures that the glove sits perfectly on their hand.

They’re able to fit their fingers exactly where they need to fit.

That then allows them to squeeze perfectly when the ball hits the glove.

There’s less of a chance of it popping out of the glove.

The same goes for the palm of the glove.

Because it fits right on their palm, it reduces the chance of an injury.

Everything fits as it’s meant to.

The problem with custom gloves is that they’re far more expensive to make.

The manufacturer has to take thorough measurements of the customer’s hand.

Then they need to get the exact materials to make the glove according to those measurements.

It ends up taking more time which they could use to make more gloves.

Since it’s eating into their time, they’re going to charge you more for it. 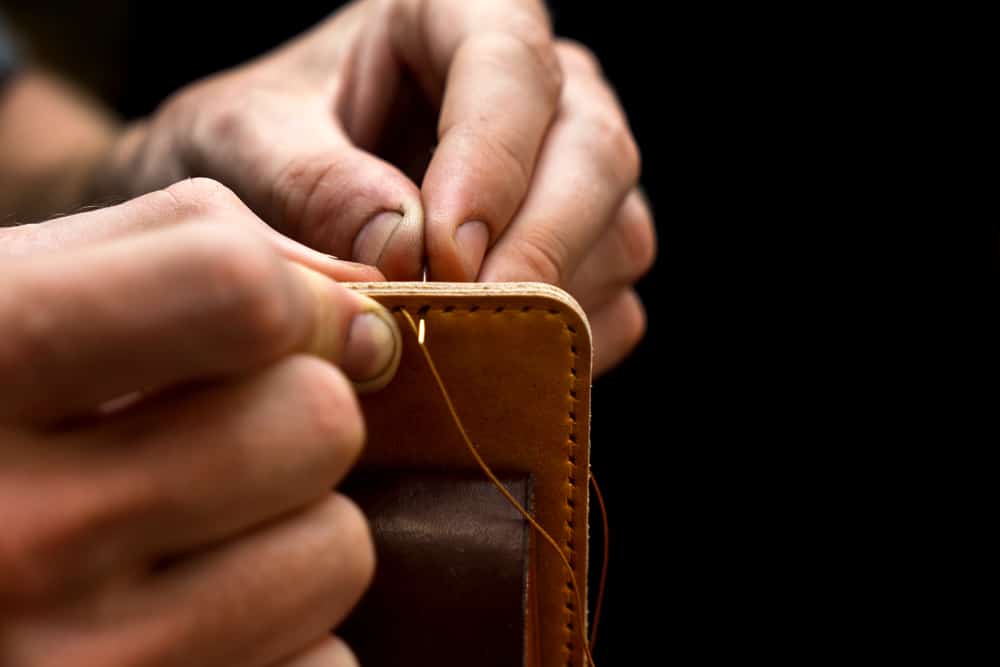 Perhaps one of the biggest reasons why baseball gloves are expensive is that they’re handmade.

While some companies might use a machine to perform some of the assembly, by and large, baseball gloves are hand-sewn.

They use actual craftsmen to assemble and sew each piece together.

Handmaking takes longer than if it went through a factory.

As such, the process is a bit longer and more expensive.

The company has to pay those craftsmen well; otherwise, they risk losing them to another company.

Since it takes a human longer to make a glove, it also means they’re paying them more over a longer period.

That reputation, alone, allows the companies to sell their gloves at higher prices. 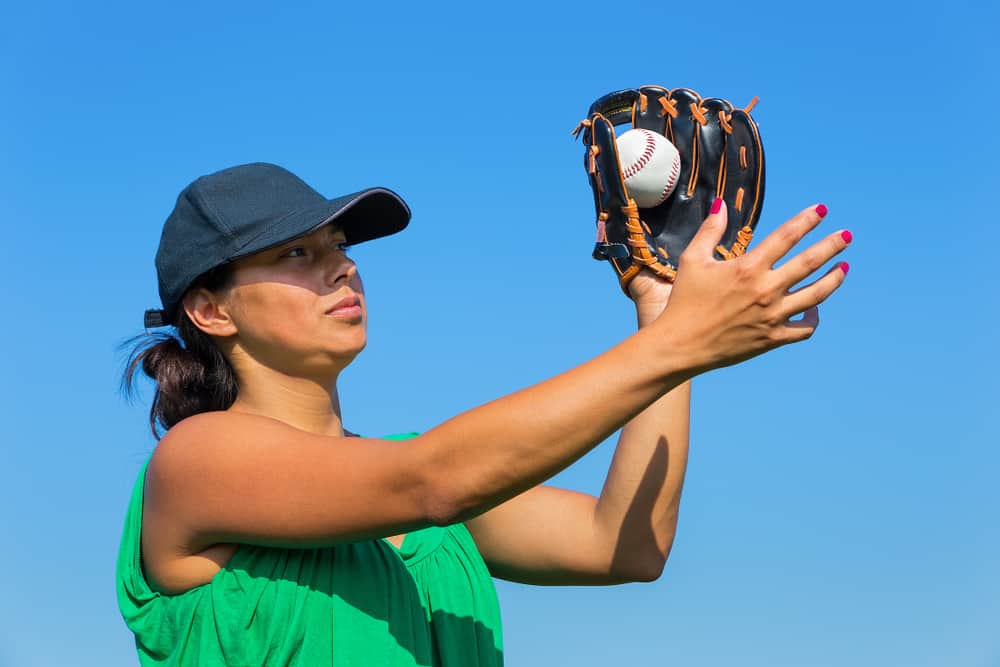 While there are a few baseball gloves made in the United States, a lot of them also come from Europe.

That’s because they use real Italian leather.

Italian leather is some of the best leather in the world.

It’s known for its color, durability, and elegance.

Even if the baseball glove isn’t made in Italy, specifically, if it comes from a European country, then there’s an air of luxury to it.

European-made products have the reputation of being high-quality.

They tend to invest in the best materials and pay their craftsmen well.

As a result, they produce luxurious goods.

Baseball gloves are no different. 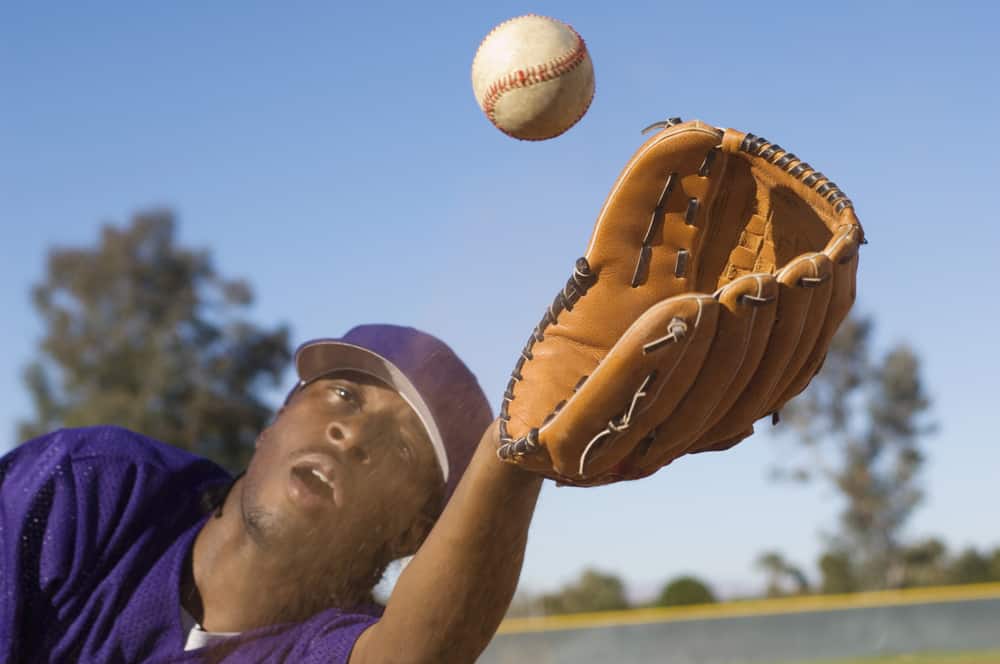 A final reason baseball gloves are expensive is that they’re collectible.

If you can get your hands on a glove that came from a famous player, then you have a valuable item on your hands.

You might be able to sell it for a good amount of money.

Baseball gloves that were used by players and signed by them are worth even more.

If you’re looking to buy a piece of history, then you can expect to pay a high price for it.

Baseball gloves are an essential part of playing baseball.

However, because of the material cost, labor cost, and innovations, baseball gloves can be quite expensive.