You are here: Home / Cold Hard Facts / Who Owns Netflix? (Everything To Know) 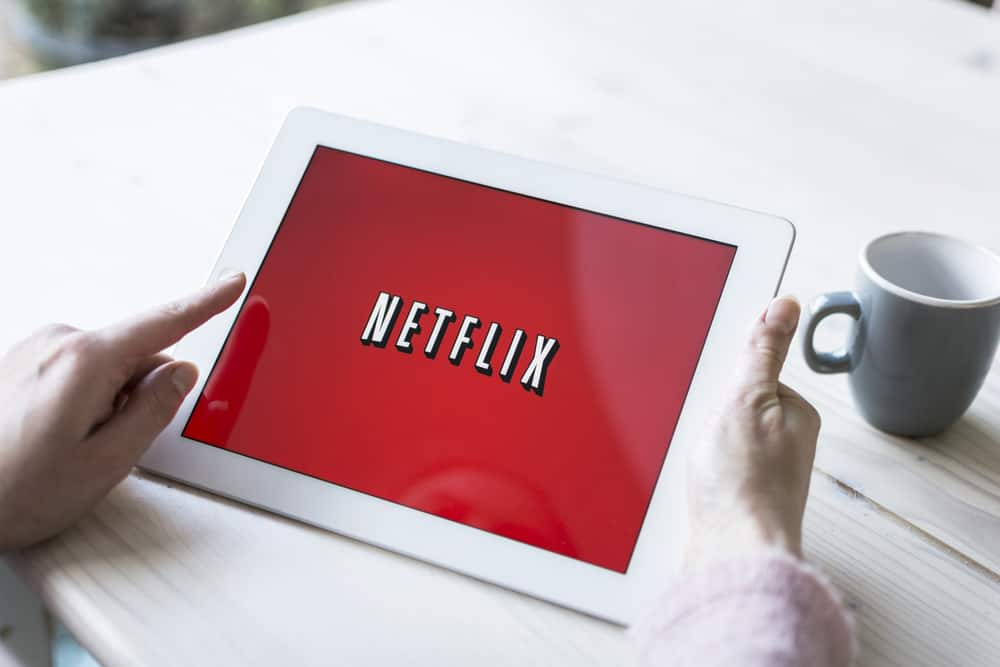 You better brew yourself a strong cup of tea for this story because it is so juicy.

Netflix could have been the thing to save Blockbuster from becoming irrelevant and closing. 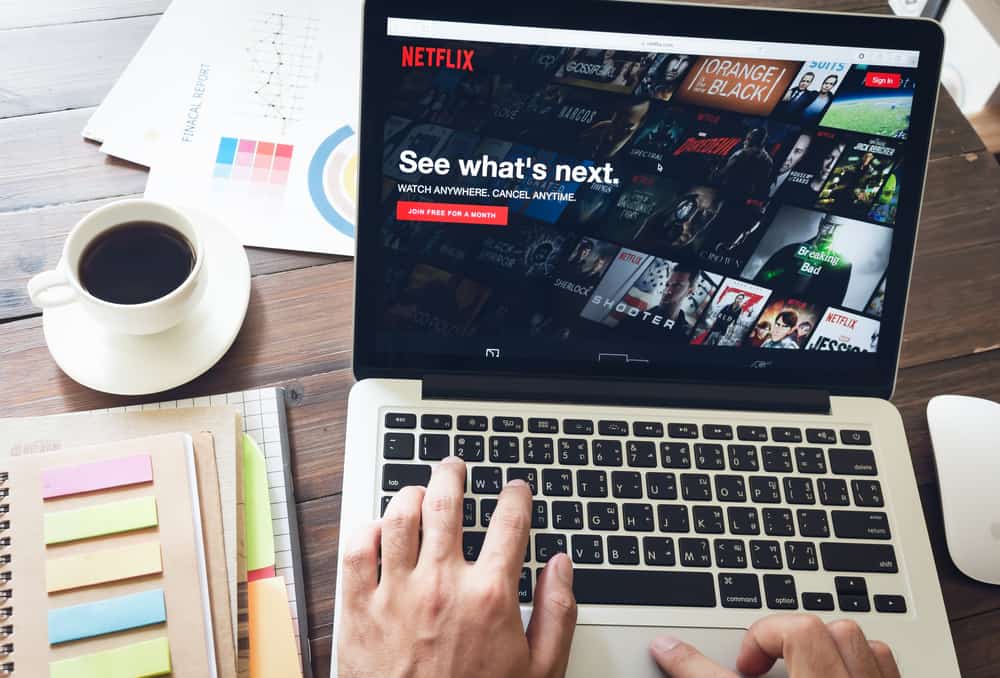 Netflix was founded by Reed Hastings, who still owns the company and is CEO of Netflix.

Hastings has always been in the technology industry.

He sold his first business, Pure Software, the same year he co-founded Netflix, which was back in 1995.

Before Netflix was a streaming company, they were a mail-order DVD rental company.

Up until the 2010s, there were DVD rental stores on every corner.

For those too young to have witnessed the glory days of Blockbuster and Ma-and-Pop movie rental stores, you missed out.

If you and your friends weren’t going to the arcade or roller rink, you were picking up the scariest movie to watch with your friends.

Going to your favorite DVD rental store was a special event.

You had to wait for the movie to get to you by mail.

You couldn’t get snacks, and you missed out on the otherworldly vibe.

It wasn’t until 2007 that Netflix became a streaming service.

It took some time for the internet to become good enough for streaming to be a viable way of watching movies, but once people figured out that you could skip the rental and late fees, more households adopted Netflix.

Netflix has helped Reed Hastings gain a net worth of $5.2 billion.

Hastings’s streaming service not only killed movie rental stores but has put a major dent in the revenue of cable services.

Consumers are learning that they no longer want a bunch of channels that play random shows and some that they never use.

The ability to have adless entertainment is another attribute that sets Netflix above cable. 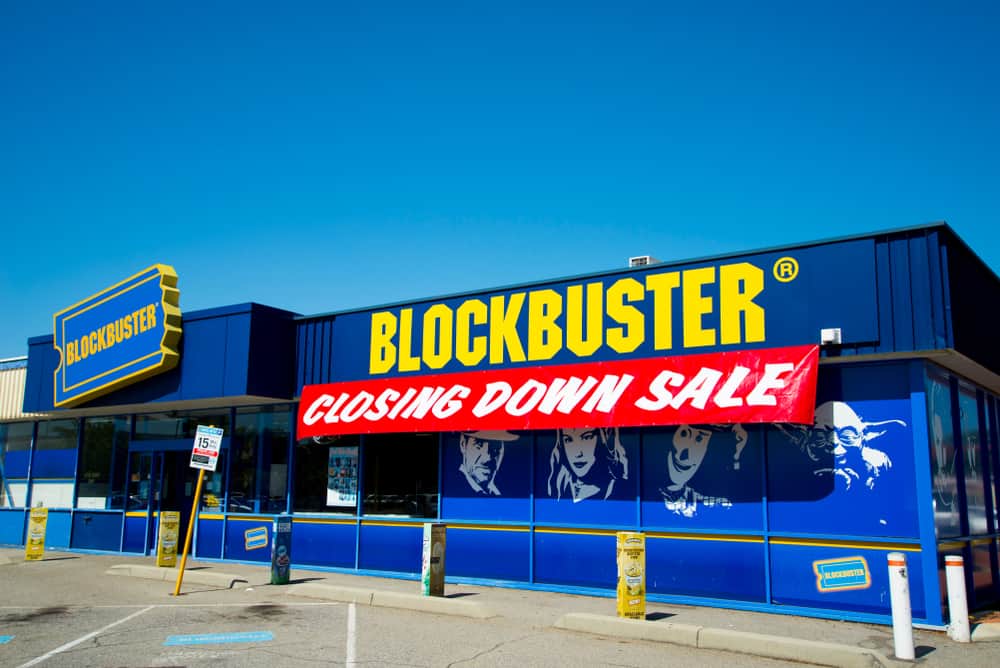 Blockbuster may have had its time basking in the glory of physical media, but as technology and consumers began to leave physical media, they were leaving movie rental stores as well.

The CEO of Blockbuster could have saved his business had he agreed to an offer from the co-founders of Netflix.

The deal he turned down bitterly ended up biting him in the butt.

Co-Founders Reed Hastings and Marc Randolph had been requesting a meeting with Blockbuster for months as the video rental company’s business sunk more and more with each passing month.

After months of no answer, Blockbuster finally agreed to meet with Hastings and Randolph.

Blockbuster wanted the Netflix co-founders at their Dallas headquarters squarely at 11:30 the following day, but they lived 12-hours away, which made the timing nearly impossible.

Randolph and Hastings immediately jumped onto a 5:00 a.m. flight in order to make the meeting in time.

Even though Hastings and Randolph gave valid points to how beneficial it would be for Blockbuster to have an online business model, the CEO told the pair that their idea would never go anywhere and would only be more of a liability than an asset.

Despite Blockbuster’s CEO John Antioco having his doubts, he was still curious how much the pair were going to ask for.

When Hastings told him that they wanted $50 million, Antioco laughed in their faces and asked him if this offer was a joke.

The Netflix co-founders went back to the airport in brokenhearted disappointment.

Had Blockbuster accepted that offer, perhaps their storefronts would still be around.

The last Blockbuster is independently operated in Bend, Oregon.

Blockbuster isn’t the only technology giant to make such a mistake.

Before Blockbuster and Netflix, it was Atari and Apple. 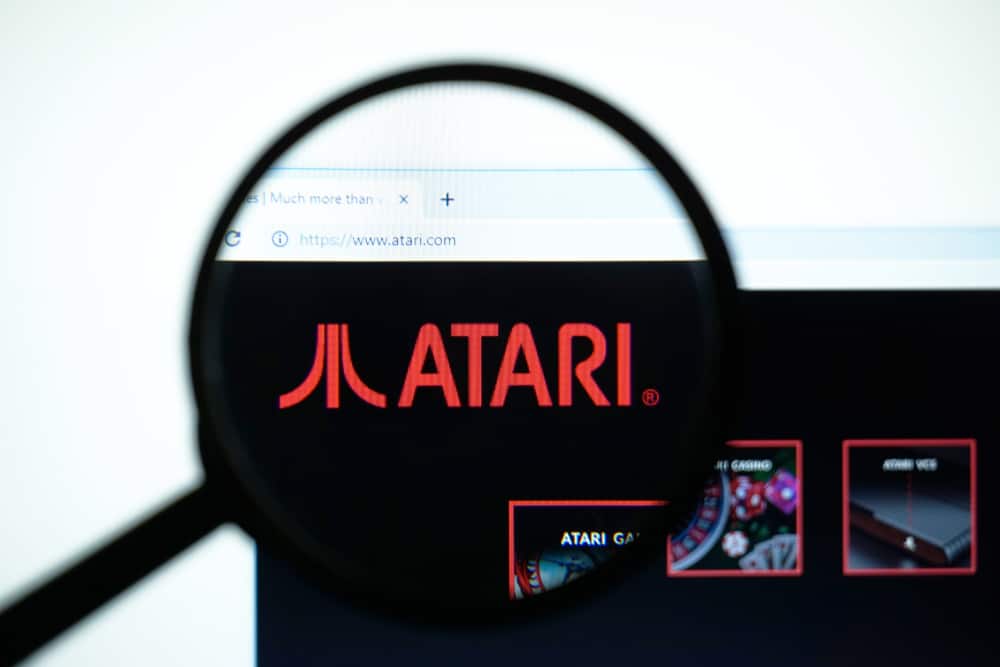 Steve Jobs was one of the biggest innovators of the modern age.

He revolutionized the world of personal computers, cellphones, and touchscreen technology.

Before Steve Jobs started Apple from his garage, he worked at Atari.

Atari created the first home video game machine, which is what gaming consoles were called back in the 1970s.

While Bushnell was becoming the grandfather of game development, Steve Jobs was working as one of his engineers.

Jobs was the best problem solver in the company.

After Bushnell had paired Steve Jobs and Steve Wozniak together to work on Breakout for Atari, the two found that their combined knowledge was much better than anything they could do on their own.

By burrowing Atari parts, Jobs and Wozniak created the Apple I.

They showed their boss, Bushnell, what they had created and offered him a third of the company they planned to start for $50,000.

Bushnell turned down their offer, simply telling them that he wasn’t interested in personal computers.

Jobs and Wozniak made the same offer to a fellow employee, Ron Wayne, but he turned the offer down as well.

Jobs and Wozniak stole parts from Atari for the Apple I, as well.

Apple is now worth trillions of dollars.

Had Bushnell taken up the offer Jobs and Wozniak provided, he would have been “uber-rich”, as he stated in an interview.

Bushnell says he has no regrets and that he has lived a good life without the additional wealth.

The Benefits Of Streaming 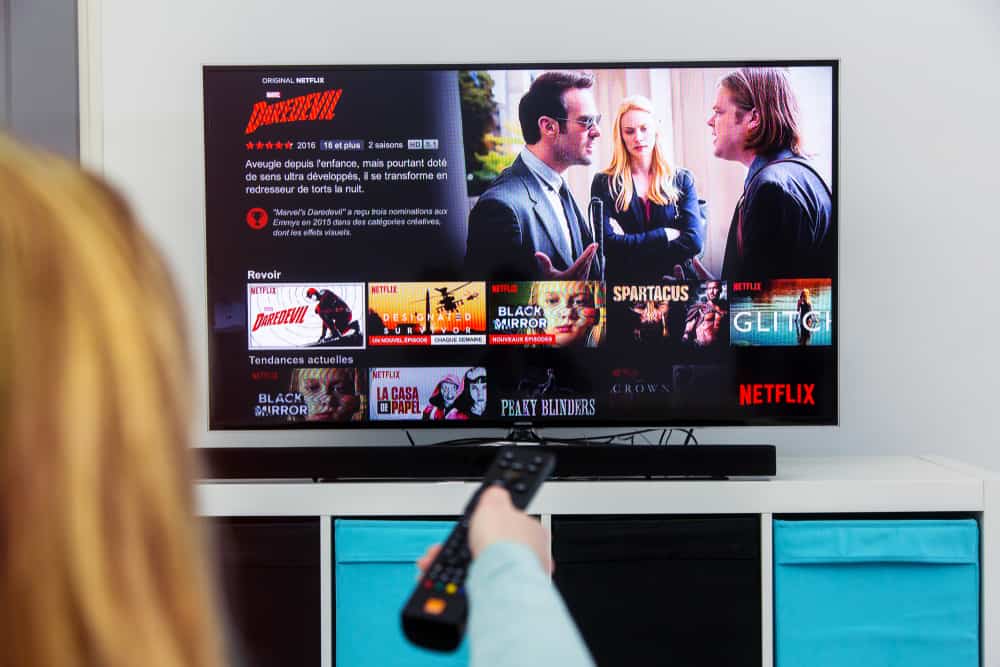 Those who do not move forward with innovation will be left behind.

Streaming is the future of entertainment.

The rising prices of cable and the increasing number of ads have made cable less and less of a desirable option.

Streaming services like Netflix are showing how innovation can shake up even the most stagnant of business worlds.

People with cable are paying incredibly high prices to just be marketed to for two-thirds of the time they’re watching a show.

You’ll get 10 to maybe 15 minutes of the content you actually tuned to the channel to see and then 15 to 20 minutes’ worth of ads.

Why should you have to pay for mostly advertisements?

That’s like paying more for milk just because of the carton.

While some streaming platforms have service plans with ads, those ads are neither as long nor as plentiful as those that play on cable.

With cable, you may find yourself mindlessly surfing through the same 12 channels you watch while passing hundreds of channels that you’ve never stopped on.

Why pay full price for a product you only want a small fraction of?

You can pick the streaming service that has the most shows that you actually want to watch and skip all the useless ones.

Parents may prefer Disney+ because it has plenty of cartoons and classic movies for their family to watch without having shows that are too mature for a younger audience, such as Rick & Morty or American Dad.

Meanwhile, young adults may prefer Hulu because it does have shows like Rick & Morty and American Dad. 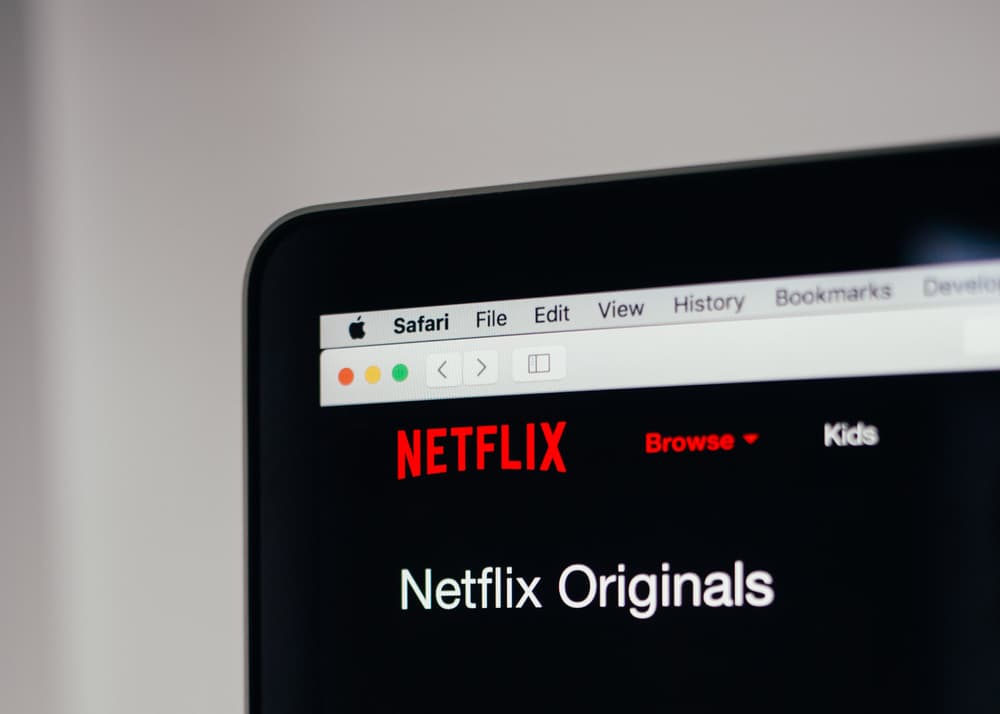 One gleaming advantage that Netflix and Disney+ have over other streaming services is the quality of their original content.

Netflix original shows only appear on Netflix and cannot be watched elsewhere.

Netflix has some of the best originals that should be watched by more people.

Those with young teens or adults may want to check out Little Witch Academia.

Little Witch Academia started as a couple of short movies, but Netflix created a series from those.

The story follows an ordinary girl, Akko, who begins to attend a school for witches.

Despite all of her effort, she often falls short of her fellow students, but she doesn’t let that stop her from doing incredible things that many of the more advanced students can’t even achieve.

It is an excellent source of motivation to keep moving forward while also being lighthearted and a good watch for the family.

Grace and Frankie is the story of two women who are forced to move in together after their business partner husbands announce that they have been in a homosexual relationship for a long time.

If you’re a fan of the movie Thelma & Louise, you will love Grace and Frankie.

The show also highlights the less glorious parts of aging, dating as seniors, and other serious topics. It also features some of the most famous stars of their generation.

No matter how deep and meaningful the rest of the show has been, you’ll still end your episode laughing, even if you’re crying at the same time.

Avid fans of the retro platformer, Castlevania, need to stop what they’re doing and watch the show that Netflix created based on the games.

Although the story isn’t completely game-accurate, the changes made are acceptable and help the story flow better.

Netflix is changing more than just how viewers get entertainment.

They’re changing where entertainment is made.

Anyone who has been to California knows how expensive it is to live and work there.

Netflix has moved its productions to New Mexico, thanks to the lower cost of running a business and lower property costs.

One of the first shows that Netflix moved from California to New Mexico was their hit show, Stranger Things.

The show was shot in Netflix’s brand-new Albuquerque location.

This wasn’t just beneficial for Netflix.

This also helped the struggling state they moved to.

Over the past decade, New Mexico has been struggling to find a way to bring more jobs and tourism to the state.

By allowing Netflix to build their new production studio in Albuquerque, they were meeting both needs.

The new Netflix studio will also bring in more business for local vendors.

Those from the studio can pop into one of many locally-owned businesses in order to get what they need.

This allows for more places that were already there to hire more staff, which creates even more jobs than just those being offered at the Netflix studio.

Small businesses are the backbone of the American entrepreneurial system, and by helping them, you are helping out the whole community.

The city and state governments will also greatly benefit from the increase in cash flow.

More money can now be put towards helping create a safer and healthier community.

Who Owns Netflix? (Everything To Know)