You are here: Home / The Cold Spotlight / Who Is Still Alive From The Beatles? (2023 Updated)

The Beatles are one of the most influential bands in all of music history, from innovating rock ’n’ roll to helping in the creation of new musical technologies.

This legendary rock band may have been led by Paul McCartney, but fellow members John Lennon, Ringo Starr, and George Harrison are equally as iconic.

Although half of the band has passed away, the remaining two Beatles are still active musicians who tour just as they did when they first formed the band.

Who Is Still Alive From The Beatles? 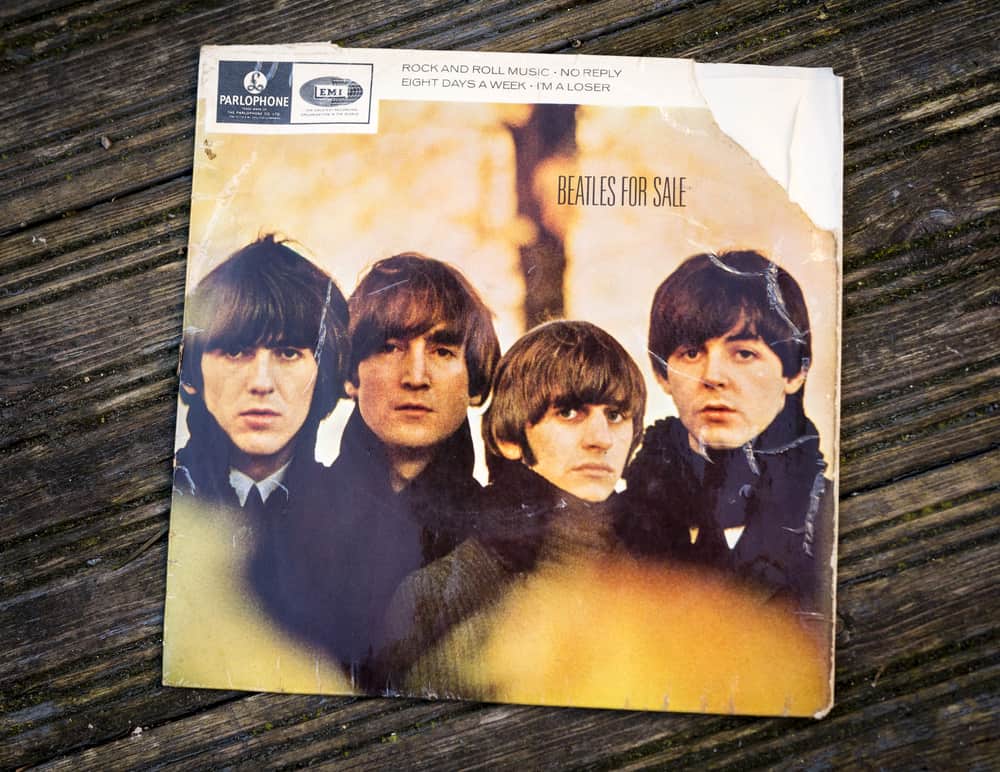 Paul McCartney and Ringo Starr are the only two members of The Beatles who are still alive today, with McCartney having last done a show at the 2022 Glastonbury Festival of Contemporary Performing Arts.

Since 2020, Sir Paul McCartney has released three albums, published three books, gone on tour, and released a Hulu Original special with producer Rick Rubin. Fans were amazed by McCartney’s performances during his 2022 Got Back Tour.

During the tour, McCartney went to 13 cities around the United States.

Fans who want to know what McCartney has planned next can follow his monthly newsletter, What’s That You’re Doing?

Like his former bandmate, Ringo Starr also still tours to this day. Ringo Starr and his All Starr Band were touring through late 2022, but Starr was confirmed to have Covid on October 3rd of 2022, and he had to cancel six of his October shows.

Paul McCartney and Ringo Starr were recently seen together at the premiere of Disney’s If These Walls Could Sing.

Fans were ecstatic to see the remaining Beatles together again at the premiere alongside other stars such as Elton John, David Furnish, and Twiggy.

What Date Is the Anniversary Of John Lennon’s Death?

John Lennon was shot four times at close range on December 8th of 1980 by a man with a .38-caliber revolver while entering his Manhattan apartment building.

Earlier that same day, Lennon had given his future killer an autograph.

The killer voluntarily remained at the scene of the crime until the police officers arrived.

Lennon was bleeding profusely and passed away before his ambulance even reached the hospital, leading to fans around the world publicly mourning the loss of the rock legend.

New York City memorialized Lennon with a section of Central Park called Strawberry Fields, where his fans still come to pay tribute to him to this day.

After John Lennon’s killer was arrested, psychiatrists deemed him borderline psychotic, and he was advised to plead insanity.

Instead, the killer pleaded guilty to the murder of the founding member of The Beatles.

When the murderer was considered for parole in 2000, the New York State prison officials denied him a hearing because his “vicious and violent act was apparently fueled by your need to be acknowledged.”

John Lennon was considered to be the intellectual and most outspoken Beatle, with Lennon frequently discussing what he had learned during his life on the road or personally discovering cultures from around the world.

Due to his outspoken nature, Lennon was the most controversial member of the Beatles and once caused an uproar when he claimed that his band was “more popular than Jesus.”

This statement led to the mass burning of Beatles albums across the Bible Belt of the United States in 1966.

During the 1970s, John Lennon was one of the best-known anti-war activists around the world.

His solo career would only last for five years before he stepped away from music in 1975, only to return in 1980 with his comeback album, Double Fantasy.

How Did George Harrison Die?

George Harrison died at the age of 58 on November 29th of 2001 after battling oral cancer.

Harrison was staying at a friend’s house in Los Angeles and was able to be surrounded by his family and friends as he passed.

According to his wife Olivia Harrison, “He left this world as he lived in it, conscious of God, fearless of death, and at peace.”

The legendary guitarist first began his battle against oral cancer in 1997 after he noticed a lump on his neck that turned out to be a malignant node.

From the moment that George Harrison knew he had oral cancer, he was aware that it was caused by his history of smoking.

He stopped smoking the same year that he discovered the malignant node.

As he was going through surgeries and chemotherapy, Harrison was stabbed by a home intruder multiple times in 1998.

Harrison wanted to step away from the spotlight as he was battling cancer, but the growing concern from fans caused Harrison to ask his fans not to worry about him by July 2001.

During his time as a member of The Beatles, George Harrison was known for being the “quiet” Beatle with a satirical sense of humor that saw him working alongside the Monty Python cast.

Harrison’s guitar could help sell the story and feel of whatever song The Beatles produced, from the Chuck Berry-inspired A Hard Day’s Night to the dreamy love song, Something.

The first song that Harrison released was Don’t Bother Me in 1963.

He would go on to produce a total of 21 songs with The Beatles, including While My Guitar Gently Weeps, Something, Here Comes the Sun, Taxman, If I Needed Someone, Blue Jay Way, Within You Without You, and I, Me, Mine.

Yes, Ringo Starr sells his art pieces and gives 100% of the proceeds from his art to The Lotus Foundation.

The Lotus Foundation looks to fund, promote, and participate in charitable projects or alongside organizations that work toward improving social welfare.

When Starr first got into the visual arts, he worked with acrylic and oil paint to create psychedelic art pieces that promoted the ideas of love and peace.

During the rise of computers in the early 1990s, Starr tried his hand at digital art and found a new passion.

Thanks to the lack of material needed to do digital art and the fact that Starr could work on art pieces from any hotel room, digital art has become Starr’s primary medium.

After a decade of practicing his new art form, Ringo Starr released his first exhibition in 2005 called My Faces.

This collection was inspired by the works of pop artists Andy Warhol and Keith Haring, featuring portraits of himself and others.

Throughout these pieces, Starr used vibrant colors to visually represent the vibrant era he was living through at the time.

Ringo Starr has shown his exhibitions across Europe, Australia, South America, and the United States.

His designs have even been featured on t-shirts sold as a part of the Hard Rock Hotels Signature Series.

Fans of his art can find his designs on a pair of Timberland boots from 2011 and menswear from Robert Graham.

The famous drummer has even painted pieces particular for the organizations he’s looking to support, such as the piece he created for Knot For Violence that sold in a single day.

Ringo Starr is still creating prints of his digital art to this day, with his pieces selling for thousands of dollars.

Yes, Ringo Starr and Paul McCartney are still friends, despite the pair no longer touring with one another.

Due to their incredibly busy schedules, Starr and McCartney don’t get to see each other as much as they’d like to.

While some Beatles fans may claim that it feels like the musicians are distancing themselves, neither could see that as being any further from the truth.

According to the world-renowned drummer, “We did the Grammys, we did that Beatles shows three years ago. So we are still pals, but we don’t live in each other’s pocket.”

After decades of working alongside each other, Ringo Starr is still amazed by McCartney’s talents as a singer and songwriter.

While Starr isn’t going to disregard McCartney’s other talents, he believes that McCartney’s strongest skill as a musician is the way he melodically plays bass.

Paul McCartney believes that Ringo Starr is an amazing drummer who “has a feel that nobody else has.”

Despite the pair having a lot of respect for each other’s musical capabilities and their post-Beatles careers, the two surviving members of The Beatles have never discussed touring together again.

Some fans believe that McCartney and Starr’s history of clashing while recording may be what keeps them away from touring, other fans have theorized that they know the ticket prices for their combined tour would be too astronomical for the majority of their fans to afford.

In the past, Sir Paul McCartney has stated, “It’s just that our roads are parallel, without intersections and diversions… As to going out on the road, it might be complicated.”

Despite the never-ending rumors, McCartney traveled to Los Angeles to record Show Me the Way and We’re on the Road Again for Ringo Starr’s 2017 album Give Me Love.

Is Martha My Dear About Paul McCartney’s Dog?

No, Martha My Dear isn’t exactly about Paul McCartney’s Old English Sheepdog, Martha, but the song was named after her.

As the years went on, Martha My Dear quickly lost its connection with The Masque of Red Death actress and is now beloved by dog-owning Beatles fans from around the world.

With lyrics like, “Hold your head up, you silly girl,” it’s easier for listeners to imagine McCartney’s lovable sheepdog following him around and prancing the jaunty beat of the song.

Paul McCartney was inspired to write Martha My Dear only a few months after Jane Asher had broken off their engagement, with McCartney briefly claiming that the song was about his dog instead and adding to the confusion of fans.

The song’s namesake, Martha the Old English Sheepdog, was the first pet that Paul McCartney had ever adopted as an adult.

She was born on June 16th of 1966 and became a member of the McCartney household shortly after McCartney bought his house on Cavendish Avenue in London.

According to Paul McCartney, John Lennon was amazed by the affectionate side that Martha was able to bring out in McCartney.

For the first time during Lennon’s friendship with the singer, McCartney was openly affectionate.

Martha My Dear was one of the hardest songs that Paul McCartney wrote on the piano, with even those close to him being surprised by the spike in difficulty.

The words for the song simply came to him as he was mouthing lines for the melody.

Martha the Old English Sheepdog would go on to live until 1981 when she passed away peacefully at 15 years old while living luxuriously at McCartney’s farmhouse in Mull of Kintyre in Scotland.

Who Is Still Alive From The Beatles? (2023 Updated)