You are here: Home / The Cold Spotlight / Who Is Still Alive From Queen? (Updated) 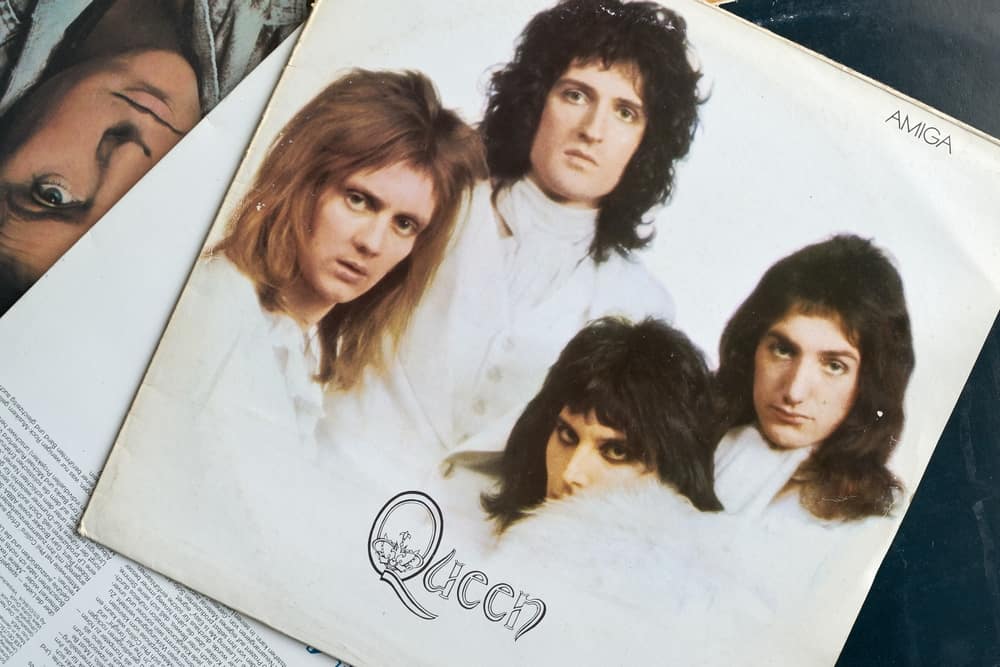 Queen is one of the greatest and most timeless bands of all time, with their music remaining popular after decades thanks to the combined talents of Freddie Mercury, Brian May, Roger Taylor, and later, John Deacon.

With Mercury as the band’s frontman, Queen paired finely crafted music with an unforgettable spectacle.

This band rewrote the rules of rock ’n’ roll by breaking away from the desire to be seen as gritty or tough and popularizing rock opera as a genre as they toured the world.

Who Is Still Alive From Queen? 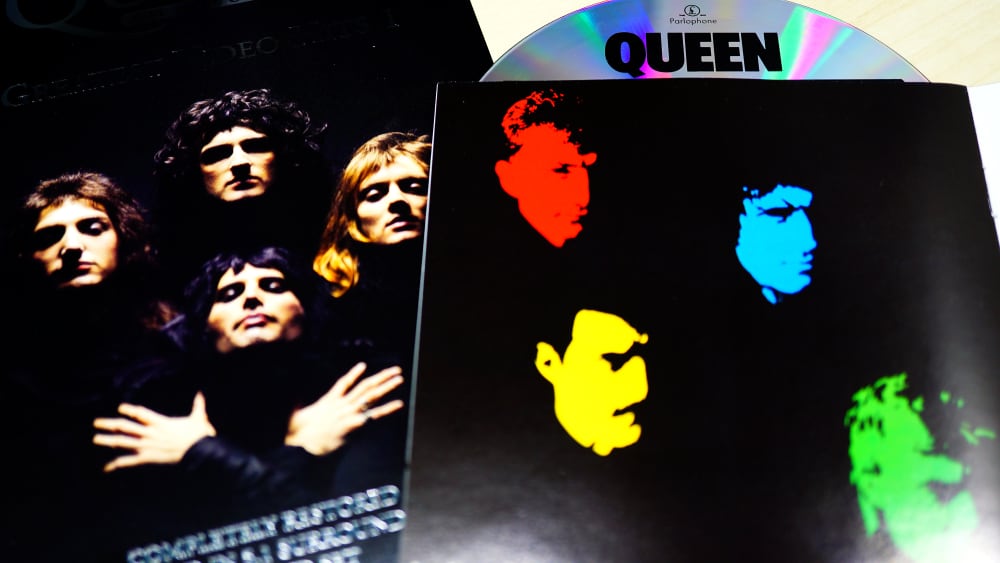 Brian May, Roger Taylor, and John Deacon are the remaining original members of Queen, with Freddie Mercury being the only band member to have passed away.

Although Mercury passed away in 1991, fans of Queen and rock music still mourn his untimely death.

Freddie Mercury, Roger Taylor, and Brian May first formed Queen in 1971, playing together for two years before receiving their first recording contract with EMI in 1973.

That same year, Queen released their first self-titled album and followed it up with their first major United Kingdom tour.

Only a year later, the band released Queen II and went on their first tour in the United States before releasing Sheer Heart Attack that November.

Unlike their previous albums, Sheer Heart Attack was a hit in the United States and the United Kingdom.

One of the biggest years in the band’s early career was 1975 when they released both their album A Night at the Opera and their nearly six-minute-long single Bohemian Rhapsody.

Despite being told that the song was too long for radio stations to play, Bohemian Rhapsody rocked the United Kingdom charts for nine weeks straight and became the greatest single of all time.

By 1976, Queen was frequently touring in the United States and had expanded their popularity in Japan.

Queen released A Day at the Races that same year, earning them more than 500,000 advance orders.

In 1977, News of the World was published alongside the double A-side single, which featured We Will Rock You and We Are the Champions.

A year later, the band released Jazz with the hit song, Bicycle Race.

By 1981, Queen toured the Far East and became the first band to ever make a stadium tour of South America.

What Day Did Freddie Mercury Pass Away?

Freddie Mercury passed away on November 24th of 1991, only a day after he announced to the world that he had Acquired Immunodeficiency Syndrome, more commonly known as AIDS.

There were rumors of Mercury’s declining health and even talk of Mercury having AIDS had been appearing in tabloids since as early as 1986.

This had upset Mercury because he’d wanted privacy regarding his health crisis and the ability to speak up when he wanted to.

According to Mercury’s publicist, Roxy Meades, the legendary rocker was set on having the last word over the tabloids and made naming his disease the last thing the public would ever hear from him.

In his statement, Freddie Mercury told the public, “Following enormous conjecture in the press, I wish to confirm that I have been tested HIV positive and have AIDS.

Despite only being 45 years old, Mercury didn’t want the public’s sympathy. Instead, Mercury wanted the public to focus their efforts on fighting HIV and AIDS in whatever way they could.

At the time of Mercury’s death, both the LGBTQ+ community and those with HIV or AIDs were highly stigmatized.

Although Mercury wanted to help raise awareness for the disease, he worried how it would further stigmatize both groups.

The other members of Queen knew that Freddie Mercury was going through a serious medical crisis, but they didn’t know what was eating away at their frontman.

According to Brian May, “We never talked about it, and it was sort of an unwritten rule that we didn’t, because Freddie didn’t want to.”

Fans of Queen began speculating that something was wrong when there wasn’t a tour for their 1989 album, The Miracle.

Freddie Mercury was last seen in public at the 1990 Brit Awards. 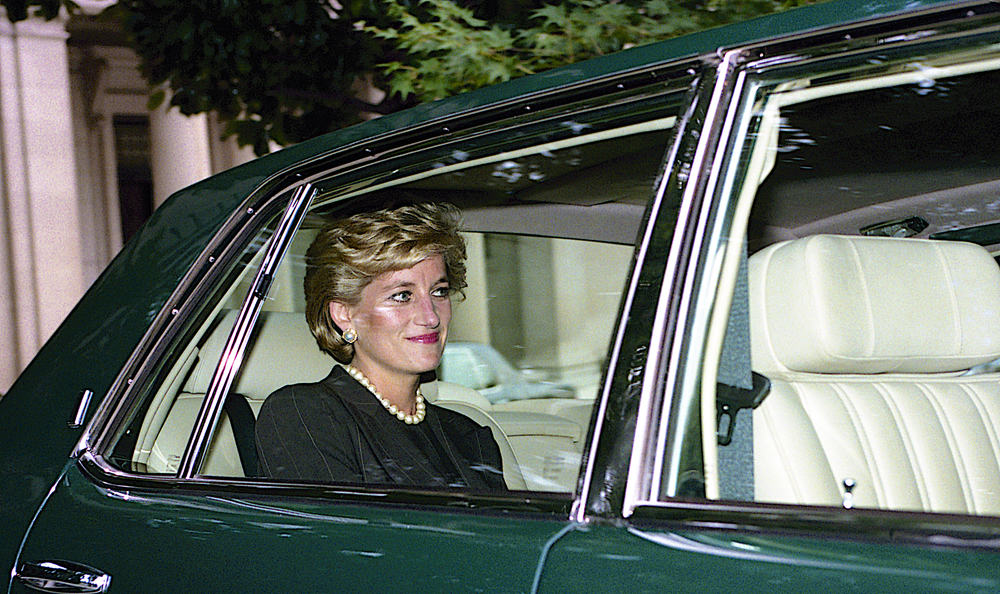 Yes, Freddie Mercury and Princess Diana were close friends who helped each other escape from the expectations and stigmatization they both endured.

Like many of Queen’s fans, Princess Diana used the band’s music to get away from her public life as the wife and later ex-wife of now-King Charles III.

The friends were known for their ability to make one another laugh, even after an awful day or situation.

They shared secrets that they wouldn’t dare tell others because of how deeply they trusted each other.

Although Princess Diana and Freddie Mercury are now praised for their friendship, Mercury used to get accused of being a bad influence on the future Queen of England.

One of the most talked about instances of Mercury’s “bad influence” was when Mercury and comedian Cleo Rocos dressed Princess Diana in full drag in order to take her to a gay bar called The Royal Vauxhall Tavern in South London.

Despite Rocos and Mercury feeling that everyone would surely know it was Princess Diana, nobody knew who she was, and the Princess of Wales was finally able to exist somewhere nobody noticed her.

According to Rocos, “She sort of disappeared, but she loved it. She did look like a beautiful young man.”

The group even planned out a story for anyone who noticed Princess Diana’s undeniable good looks, with Mercury and Rocos planning to claim that she was a male model.

Delighted by their success, Mercury and Princess Diana spent the entire evening “giggling like naughty schoolchildren.”

Having spent the majority of their adult lives being international icons, this trip to the local nightclub was a break from having to be larger than themselves.

Both Freddie Mercury and his royal best friend are remembered for their social contributions and are missed to this day.

Is Brian May A Knight?

Yes, Brian May was knighted as one of King Charles III’s first 1,000 people to be given the honor.

May was given the title of Knight Bachelor thanks to his contributions to music and multiple charitable causes.

While May is best known for his work as Queen’s guitarist, he is also an astrophysicist.

May first began his studies before forming Queen and stepped away from his studies to focus on his incredibly successful rock band.

In 2007, Brian May received a Ph.D. in astrophysics from Imperial College London.

With a new degree in hand, May designed a Planetarium show that can be visited in Germany.

Part of what helped May earn his title as a knight was his work in Animal Welfare.

The legendary musician frequently voices his support for animal rights and his critiques of hunting.

His charitable organization, Save Me, has been campaigning against the culling of foxes and badgers since 2010.

Brian May also received the title of Commander of the Most Excellent Order of the British Empire in 2005.

Only three years earlier, May performed God Save the Queen from atop the roof of Buckingham Palace for Queen Elizabeth II’s Golden Jubilee.

In 2022, May would come back to perform at Queen Elizabeth’s Platinum Jubilee Concert.

May isn’t the only member of Queen to have been knighted.

Legendary drummer, Roger Taylor, was given the title of Officer of the Order of the British Empire in 2020.

Both members were recognized for their contributions to music.

Although Brian May is 75 years old, he is still an active musician and astrophysicist.

May is the owner of the London Stereoscopic Company and continues to interact with his fans through his website and online series Brian’s Soapbox.

Yes, Roger Taylor still tours, despite having to drum in his mid-70s.

True to the reputation he built for himself from an early age, Taylor is still the powerhouse drummer that his fans have loved for decades.

The most recent tour Roger Taylor went on was during the summer of 2022 and called the Queen + Adam Lambert Rhapsody Tour, which played 36 sold-out shows across Europe.

This tour was quickly followed up by serving as the opening act for Platinum Party Buckingham Palace concert.

In addition to touring as a member of Queen alongside Lambert, Taylor released a collection of his live performances from The Outsider Tour.

Roger Taylor first began working on his own solo projects in 1981 when he released Fun in Space.

The legendary drummer and musician has released five solo albums, each of which is bursting with the personal flare you can hear in the Queen songs he wrote, such as Radio Ga Ga, A Kind of Magic, or I’m in Love with My Car.

Who Is Still Alive From Queen? (Updated)