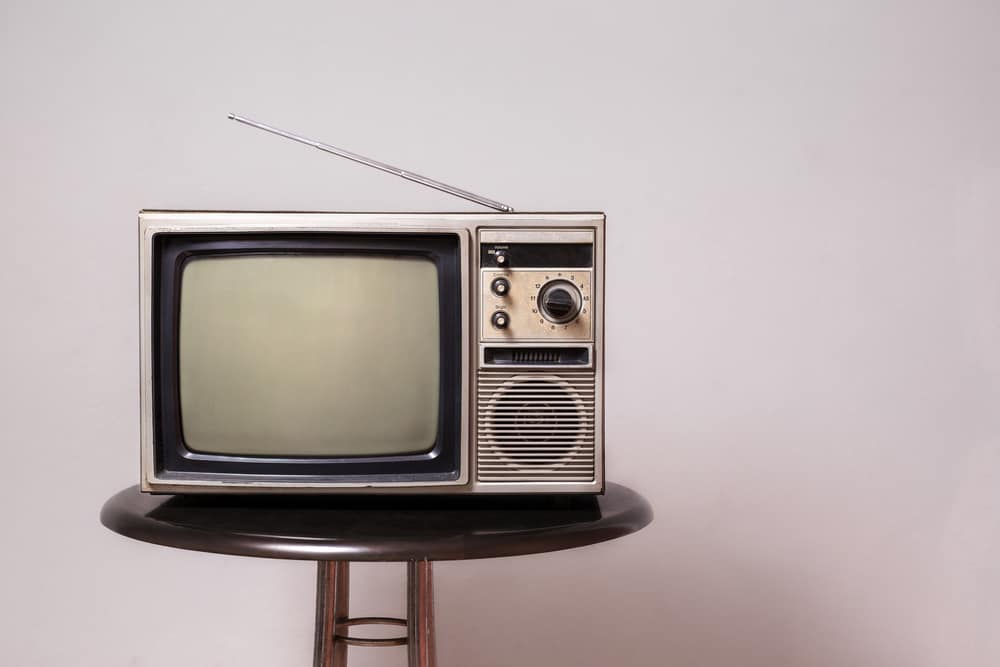 M*A*S*H is the war-based medical sitcom that was based on the 1970 movie of the same name and went on to become a cult classic among classic American television fans.

Although talk of war surrounded viewers and the cast alike, M*A*S*H was able to offer a strange sense of escapism and was able to talk about serious topics that most sitcoms could never touch.

With an All-Star cast of memorable characters, there’s no questioning how M*A*S*H continues to draw in new fans to this day.

Who Is Still Alive From M*A*S*H? 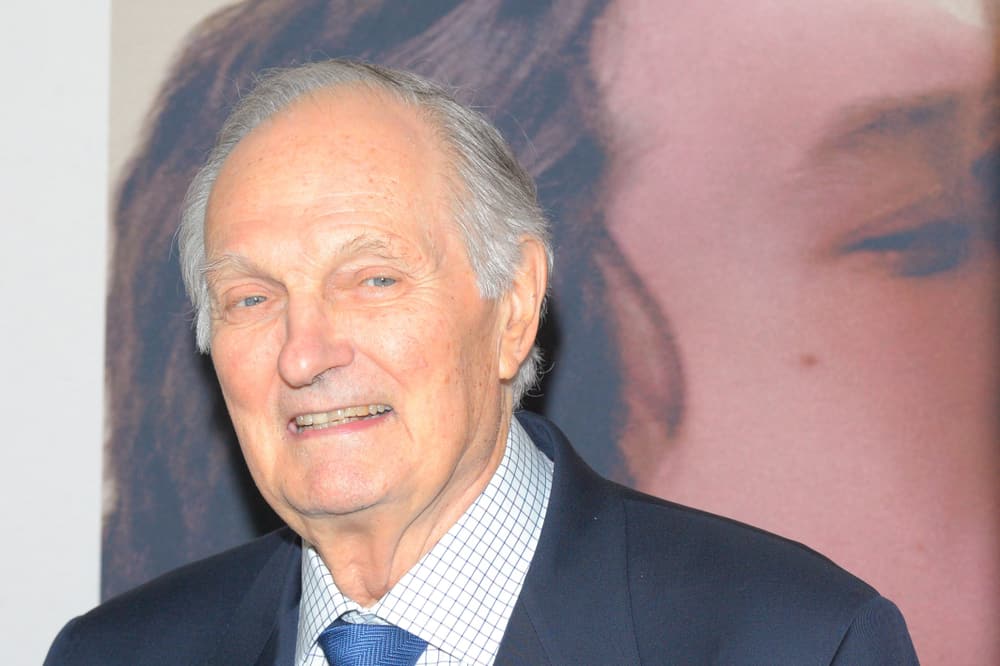 With the majority of the main cast still around, fans of the series can often still see their favorite stars at different conventions or in new roles on television and in film.

Loretta Swit took over the role of Major Margaret “Hot Lips” Houlihan from Sally Kellerman when the character made the switch from film to television in 1972.

Swit remained with the show for its entire run of 11 seasons.

Although she wanted to leave after the show’s eighth season, FOX refused to release her from her contract, and Swit went on to be nominated for Emmy awards for her performance in all but the first season.

After creating a massive name for himself in the entertainment industry, Farrell spends his time working with Greenpeace and is incredibly politically active.

Gary Burghoff is the actor who brought the beloved character Radar to life on both the big and small screens.

Radar is a character who reflects many of Burghoff’s own interests.

Like Radar, Burghoff is known for his love of animals, and the actor is also a prolific wildlife painter.

Alan Alda played Benjamin Franklin “Hawkeye” Pierce, a role that he didn’t receive until six hours before filming was set to begin.

Alda has been in three different films that were Oscar-nominated for Best Picture, including The Aviator from 2004, Bridge of Spies in 2015, and Marriage Story in 2019.

Jamie Farr was Corporal Maxwell Q. Klinger, the manly cross-dressing company clerk who allowed him to find work ever since M*A*S*H ended.

Farr joined the St. Jude Children’s Research Hospital Professional Advisory board in 2005 and continues to frequently interact with the M*A*S*H fan base at conventions nationwide.

When Did Larry Linville Pass Away? 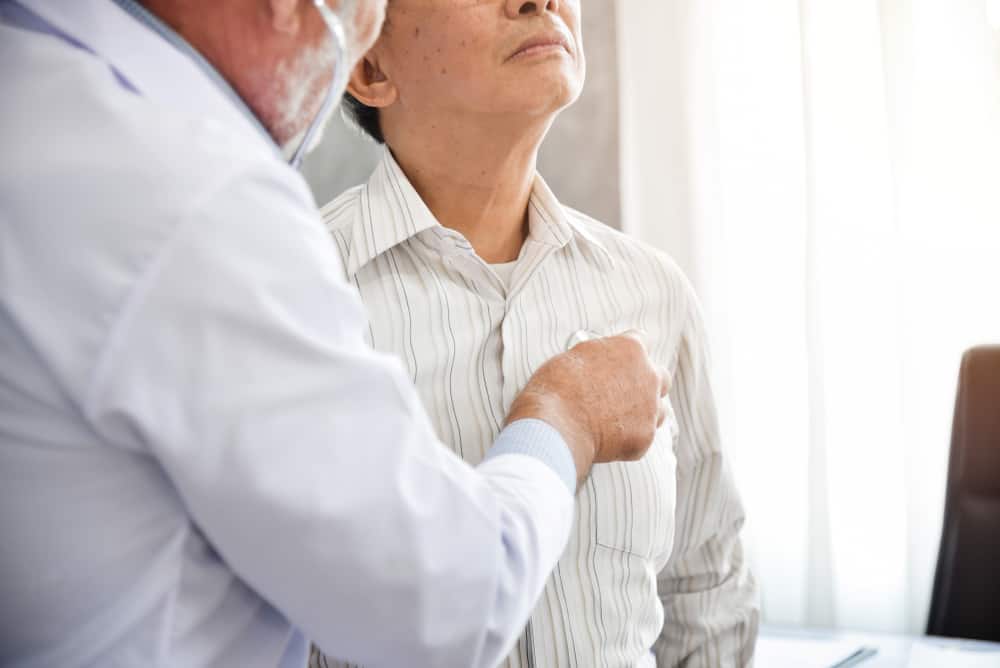 Larry Linville passed away on April 10th of 2000 due to complications caused by pneumonia, only a month after enjoying a reunion with Mike Farrell and Gary Burghoff.

When Burghoff heard of Linville’s passing, he was devastated and began to tear up.

According to Burghoff’s manager Robert Crystal, Burghoff “was really shaken up” and “really taken aback” when he got the news of Linville’s death.

Just two years before his death, the late actor had a lung removed after a malignant tumor was found.

His health problems had gotten worse during his final months, and Linville was sent to the Memorial Sloan-Kettering Cancer Center only a day before he died.

Despite having acted continuously since his years attending the University of Colorado as an engineering major, Larry Linville is best known for his role as Major Frank Burns.

Linville may have played the fool while on M*A*S*H, but he was actually an incredibly intelligent actor who was one of three Americans among 300 applicants to be selected for a scholarship to the Royal Academy of Dramatic Arts in London, England.

When he returned from London to Los Angeles, Linville acted in repertory theater for eight years and played Iago in Othello at San Diego’s Shakespeare Festival.

He then went on to play Ingrid Bergman in More Stately Mansions in both Los Angeles and on Broadway.

After appearing on M*A*S*H, Linville got to guest star on a variety of different shows such as Grandpa Goes to Washington, Checking In, and Paper Dolls.

One of the last events Linville attended before he passed away was in South Korea for the closing of the mobile hospital that inspired M*A*S*H, which left Linville humbled by the work of the real-life doctors.

How Did William Christopher Die? 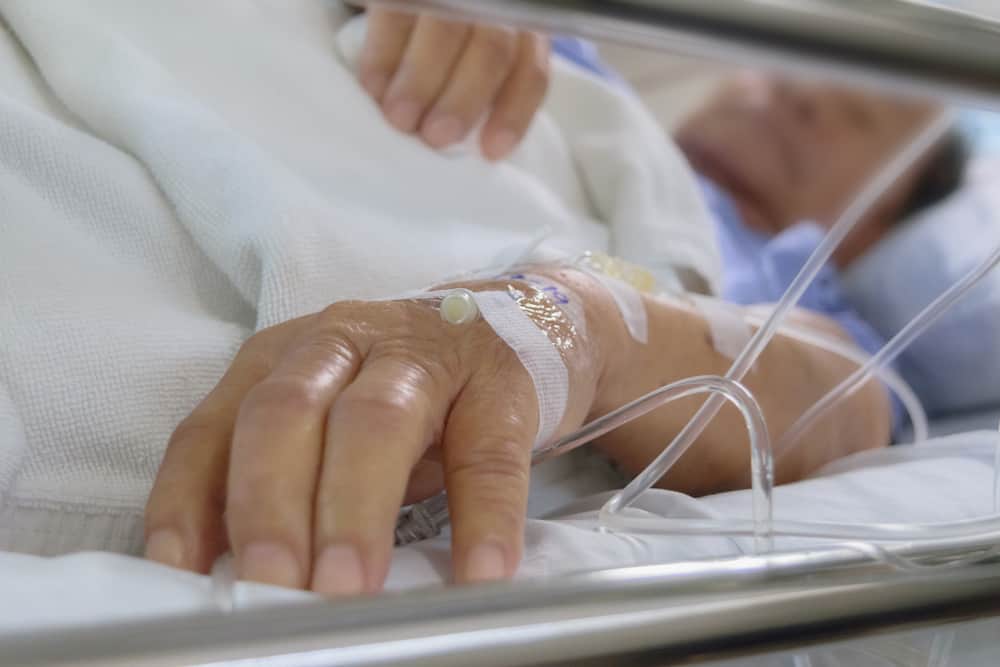 William Christopher died of non-lung small cell carcinoma when he was 84 years old, leaving behind his wife, Barbara Christopher, and their sons, John and Ned.

Following his death, co-star Alan Alda spoke out on Twitter about how dearly Christopher would be missed by his former cast members.

Alda believes that much of Christopher’s character, Father John Mulcahy, came from who the actor was as a person.

On the show, Father Mulcahy was known for being the moral compass who was capable of connecting with his war-weary co-workers through humor, warmth, and the genuine way he spoke.

Prior to his death, Christopher could be seen on Days of Our Lives, in which the late actor would once again play a member of the clergy.

Throughout the 1980s, Christopher lent his voice acting talents to the beloved children’s series The Smurfs.

Thanks to the history he built up for himself, William Christopher could be found in guest spots all over television, including shows such as Diagnosis Murder, Mad About You, Team Knight Rider, Lois & Clark: The New Adventures of Superman, and Murder, She Wrote.

Before landing his role as Father John Mulcahy, Christopher could be seen on The Andy Griffith Show, Gomer Pyle, Hogan’s Heroes, That Girl, and Nichols, most notably.

He was also a guest star on The Patty Duke Show, The Virginian, Death Valley Days, and Alias Smith and Jones.

William Christopher studied drama at Wesleyan University in Connecticut before starting his career in regional theater and off-broadway productions.

It wasn’t until the 1962 to 1964 run of Beyond the Fringe with Peter Cook and Dudley Moore that Christopher would debut on Broadway.

After the producers decided to recast the character from the pilot, Christopher was handed the role of Father John Mulcahy, who was originally played by George Morgan and didn’t have any lines.

How Old Was Harry Morgan When He Passed Away? 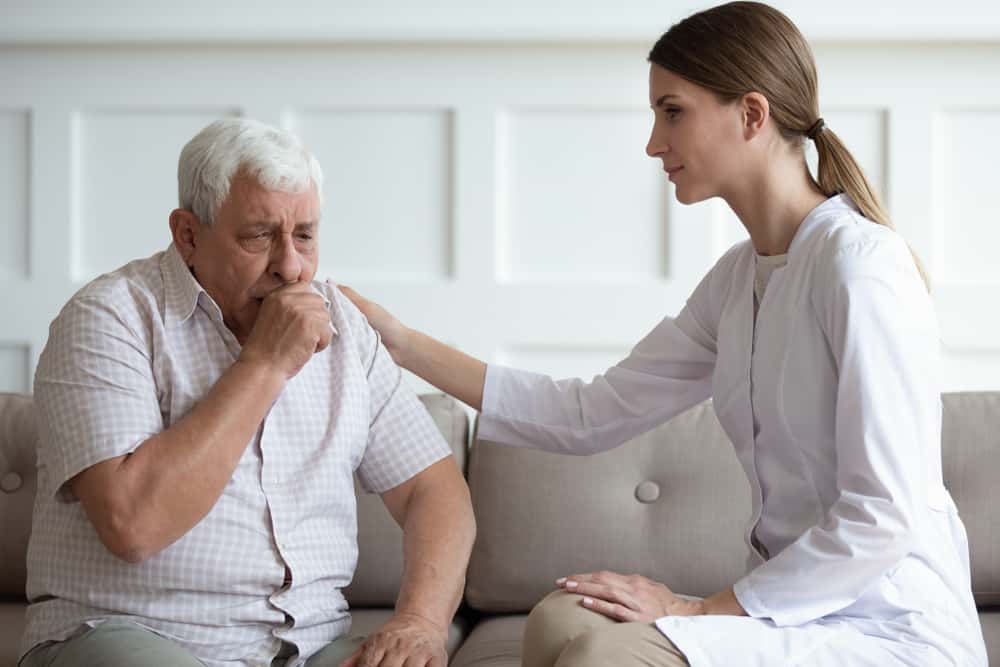 Harry Morgan was 96 years old when he passed away on December 7th of 2011 after being treated for pneumonia, leaving behind his wife, Barbara Bushman, three sons, and eight grandchildren.

Although Morgan is best known for his role as Colonel Sherman T. Potter on M*A*S*H, Morgan has one of the longest filmographies of the cast with more than 100 films under his belt.

To many of his cast members, Morgan was an impactful mentor and even a father figure to his younger castmates.

According to Mike Farrell, Morgan was just as fun as he was intelligent.

Morgan and Farrell became close friends from the first day they met and continued to be an active part of each other’s lives until Morgan’s passing.

Farrell believed that his late friend was “a wonderful man, a fabulous actor, and a dear and close friend.”

Harry Morgan was the most dependable member of the M*A*S*H cast, yet he could also be “an imp” and joke alongside his fellow actors like a child when the situation called for it.

Morgan was the kind of professional that even his best known co-stars could look up to and never let his success get to his head.

In the same way that Harry Morgan had an impact on his cast and the franchise as a whole, M*A*S*H changed Morgan.

Reflecting on this quote from his late friend, Alan Alda added that “It’s hard to imagine a better one.”

There are few actors who better represent what it means to be a team player and the importance of helping their co-stars shine brightly.

How Did David Ogden Stiers Pass Away? 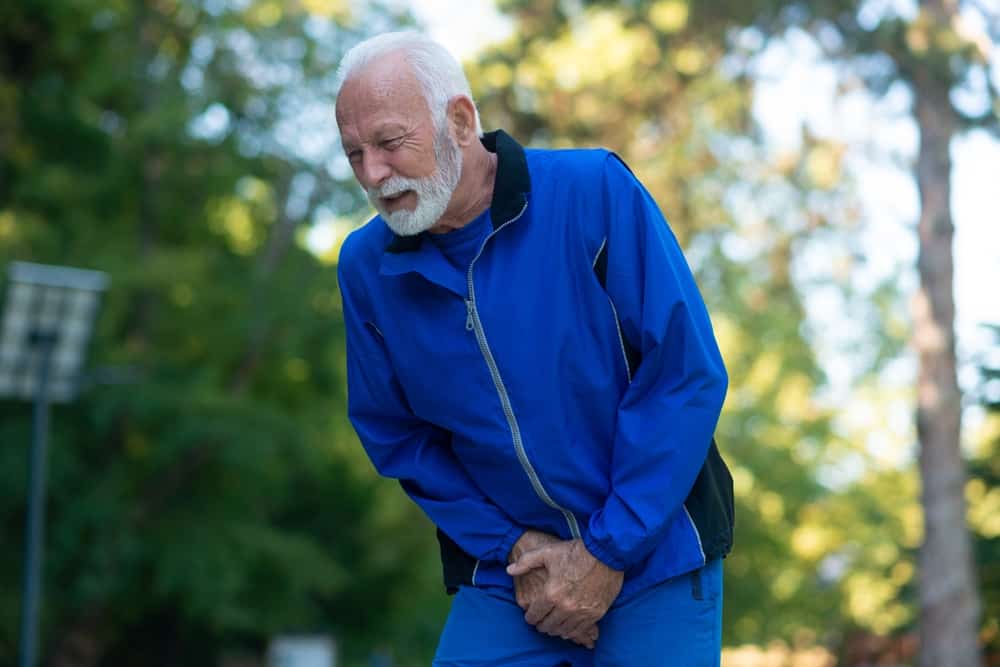 David Ogden Stiers passed away peacefully at his home on March 3rd of 2018 after a courageous battle against bladder cancer.

As an onscreen actor, Stiers was best known for his role as Major Charles Emerson Winchester III.

Winchester was brought onto M*A*S*H as a replacement for the void left behind by Larry Linville as Major Frank Burns.

Unlike the brash Major Burns, Major Winchester was just as snobby as he was talented.

Stiers stayed with the company for seven months to play both King Lear and Richard III before moving to New York to study drama and singing at The Juilliard School.

The late actor was a passionate fan of classical music and went on to conduct 70 orchestras in over 100 appearances.

Before his death, he served as the resident conductor of the Newport Symphony Orchestra in his hometown of Newport, Oregon.

Some of his most iconic voice roles include Cogsworth and the Narrator in Beauty and the Beast, Governor Ratcliffe in Pocahontas, the Archdeacon in The Hunchback of Notre Dame, Jumba in Lilo & Stitch, and the narrator in the Winnie the Pooh franchise.

Other voice roles include the English-dubbed versions of the Japanese films Spirited Away (Kamaji) and Porco Rosso (Grandpa Piccolo).

During his youthful years on M*A*S*H, Stiers loved to annoy the security guards by skateboarding around the set at about 25 miles per hour while “cheerfully thumbing his nose at them.”

Stiers may have shared Winchester’s sophisticated nature, but he was also a jovial man who loved joking around with his castmates like Harry Morgan.

When Did Kellye Nakahara Pass Away? 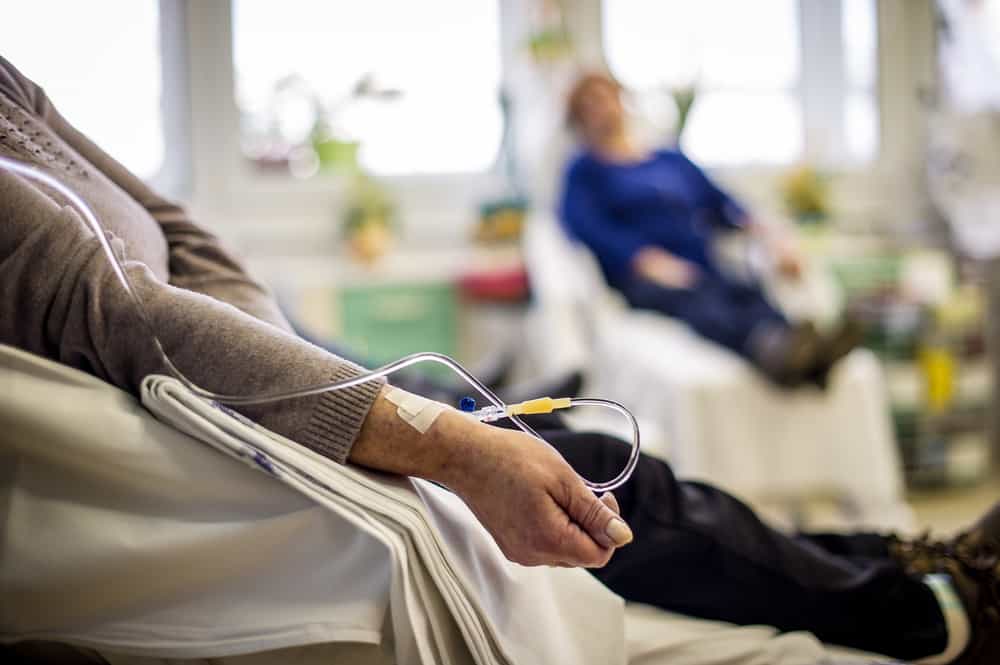 Kellye Nakahara passed away on February 16th of 2020 at the age of 72 years old, after having battled cancer for years.

Nakahara was survived by her two children and her husband, David Wallet, to whom she had been married since 1968.

Despite struggling in her fight against cancer, Nakahara never lost her sense of humor, spunk, or laughter.

She was able to pass peacefully while surrounded by the family and close friends that she cared about most.

Kellye Nakahara played Lieutenant Kellye Yamato on M*A*S*H and was treasured by her co-stars, many of whom spoke out after her death.

According to Loretta Swit, “She was a treasure. She was sunshine on the set… Everybody loved her.”

Mike Farrell believed that Nakahara was “a light that spread love and joy and beauty in every place, every time, and every dimension.”

Farrell saw Nakahara as the kind of person who brightened up the lives of everyone she met.

When remembering Kellye Nakahara, Alan Alda described her as “sensitive, kind, and talented.”

He appreciated the way she would bring a sense of spunk to every character she portrayed.

Aside from M*A*S*H, Nakahara also appeared on Little House on the Prairie, NYPD Blue, and Sabrina the Teenage Witch.

When she wasn’t acting, Nakahara could be found making a difference around Pasadena, California as the mayor’s appointee on the Pasadena Arts and Culture Commission.

Nakahara was also a seasoned singer who performed with the California Philharmonic Chorale in Los Angeles and worked as the Artist-in-Residence, Artistic Advisor, and Performance Coach for the Town Singers.

Not only was Nakahara passionate about the performing arts, but she was also a renowned painter.