You are here: Home / The Cold Spotlight / Who Is Still Alive From Gilligan’s Island? (2023 Updated) 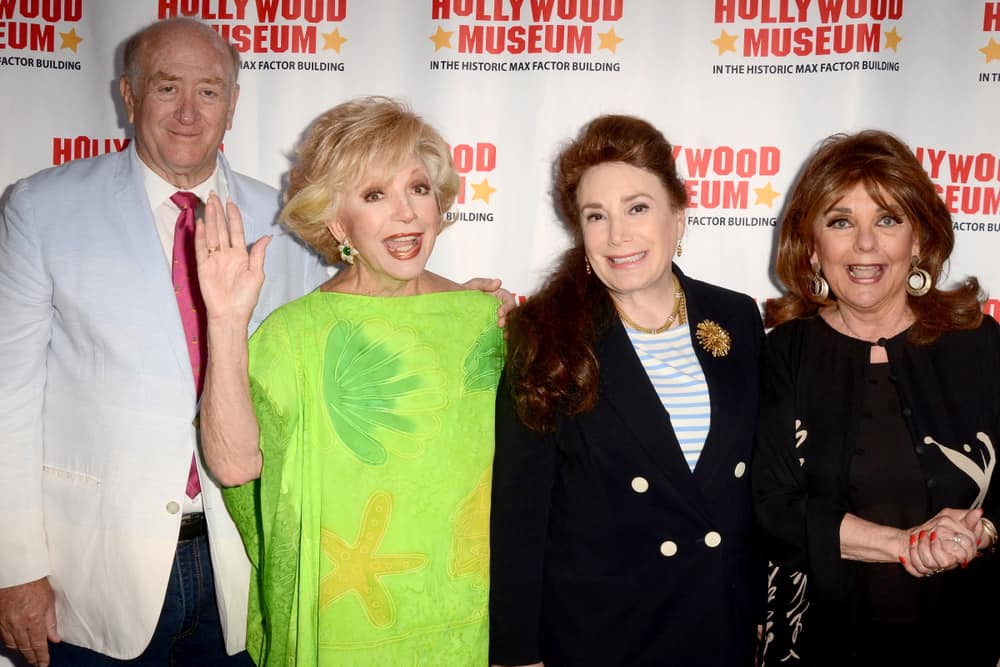 Gilligan’s Island first debuted on September 26th, 1964, and has remained one of the most iconic situational comedy series to come out of the 1960s.

Gilligan’s Island helped shape the sitcom genre into what it is today and continues to be enjoyed by both new and old fans.

Who Is Still Alive From Gilligan’s Island? 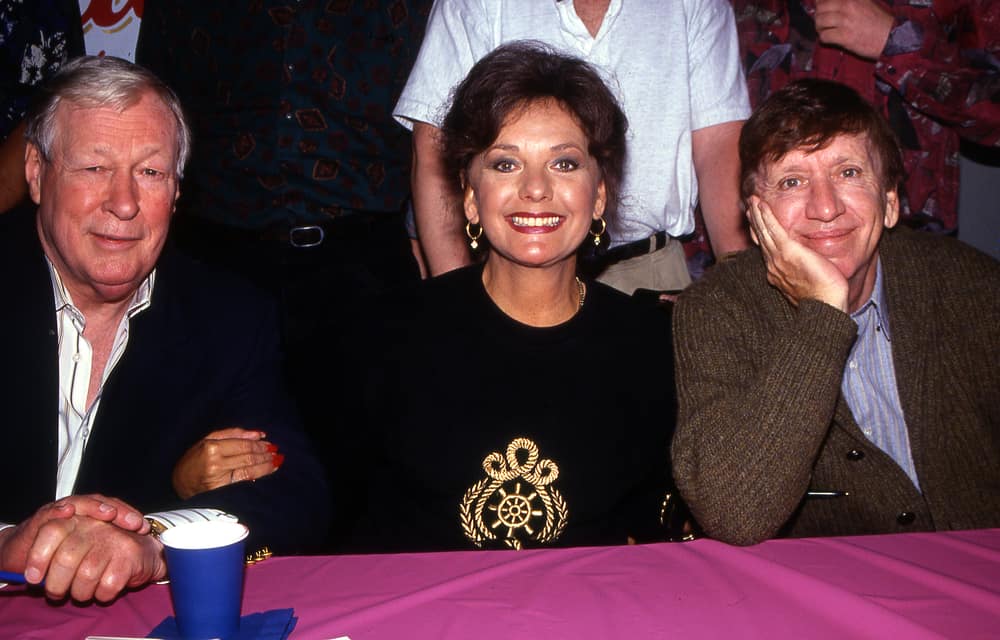 Tina Louise is the only member of the Gilligan’s Island cast who is still alive today and continues to meet new fans of her character, Ginger Grant.

Louise currently lives on the island of Manhattan, spending her days reading at her local Barnes & Noble and taking strolls through the Katharine Hepburn Gardens.

While Louise’s role hit televisions around the country nearly 60 years ago, this New York City icon refuses to acknowledge the time that has passed.

According to Tina Louise, “Numbers are not what you look like or how you live your life… Buddha said ‘Live in the present moment. Wisely and earnestly.’”

Louise had been acting since high school before she began studying at the Neighborhood Playhouse School of the Theatre and the Actors Studio in Manhattan, which led her to begin working as a nightclub singer and model like her mother.

Tina Louise made her Broadway debut in 1952 when she appeared in the Bette Davis musical revue Two’s Company and would later go on to appear in Playboy magazine during the late 1950s.

While Louise was performing in Carol Burnett’s musical comedy Fade Out- Fade In, Louise was chosen for the role of Ginger Grant on Gilligan’s Island.

To bring the character of Ginger Grant to life, Tina Louise combined her breathy Marilyn Monroe impression with her expressive Lucille Ball impression.

Although her character was originally supposed to be snarkier, the writers behind the show quickly found that Grant would be more popular if she got along with other characters better.

Louise loved how flirty the writers made Ginger Grant, finding that her character’s newly fleshed-out personality made the show a lot more fun for her.

When Gilligan’s Island ended in 1967, Louise was ready to try new film and television genre roles.

How Did Bob Denver Die? 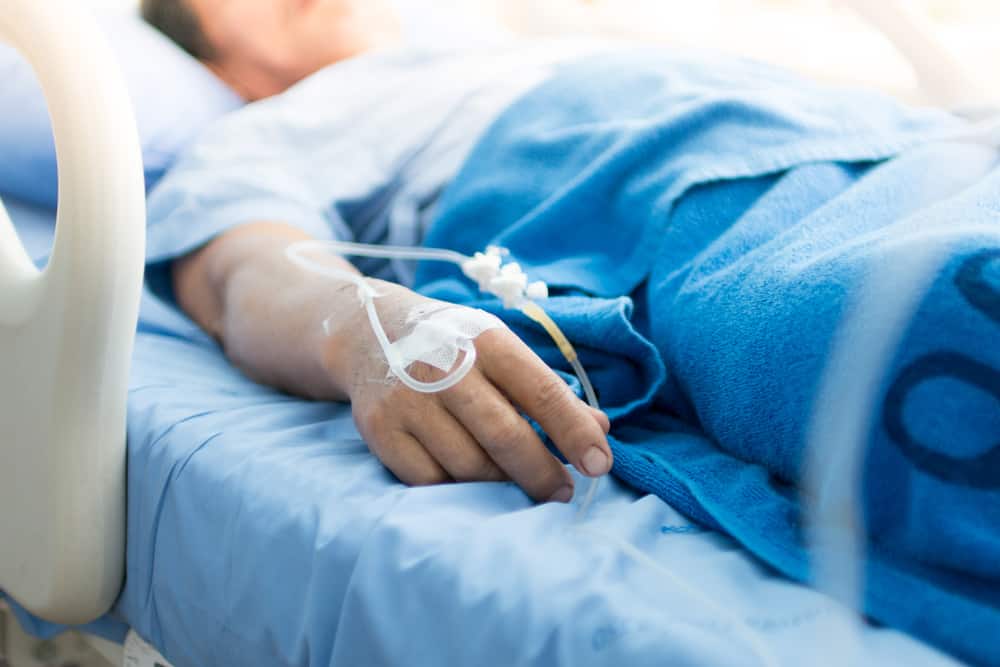 Bob Denver died at 70 years old due to complications from cancer treatments in early September of 2005 at Wake Forest University Baptist Hospital in North Carolina.

Less than a year before his death, Denver underwent a quadruple heart bypass.

The Gilligan’s Island actor was able to spend his final moments with his wife, Dreama Denver, and his 4 children.

Although Denver played countless roles after his time on the hit sitcom, he loved how kind his Gilligan’s Island fans were and made peace with the fact that he’d been known best as his namesake character Gilligan.

One of Bob Denver’s favorite hobbies was to go on eBay and see how much Gilligan’s Island memorabilia was going for.

Denver was amazed by the staying power that his short-lived sitcom had, realizing the full extent of its cultural impact by the mid-1970s.

Like his co-star Tina Louise, Bob Denver was a New York native who was born in Rochelle.

Denver moved out to Los Angeles, California to attend Loyola-Marymount University when he first got into acting.

Prior to getting into acting, Denver worked as a mailman, an athletic coach, and both a math and history teacher.

The first role that Bob Denver ever landed was Maynard G. Krebs from The Many Loves of Dobie Gillis, which caught young Denver by complete surprise.

Denver would stay with his debut series for four years before moving onto Gilligan’s Island for the show’s three-year run.

During his time on the hit sitcom, Denver made sure that his castmates were getting their fair share.

Bob Denver made sure that Tina Louise, Dawn Wells, and Russell Johnson were all getting equal credit behind the scenes and in the show’s title credits

Gilligan and the actor who played him couldn’t be more different from each other.

How Did Alan Hale Jr. Die? 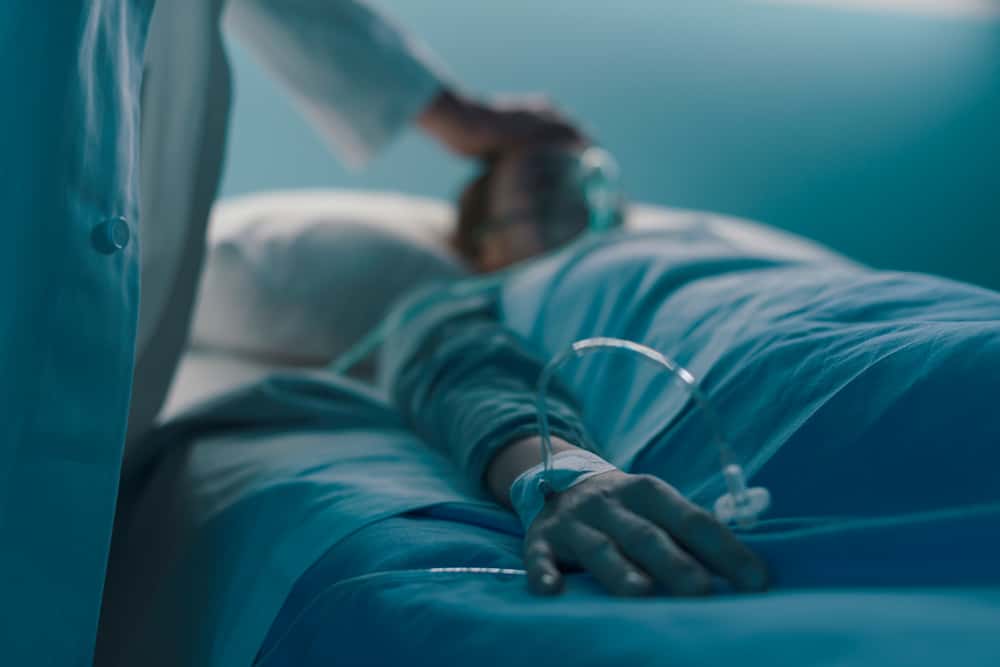 Alan Hale Jr. died after spending a month in the hospital fighting thymus cancer on January 2nd, 1990 after being hospitalized for nearly a month at St. Vincent Medical Center.

His final wish was to be cremated and have his ashes spread into the Pacific by the Neptune Society.

He left behind his wife of 25 years, 4 children, and his sister.

Although Hale starred in more than 60 film roles, he remained best known for his role as The Skipper, Jonas Grumby.

According to his co-star Bob Denver, Hale loved his role on Gilligan’s Island so much that he would wear his skipper’s hat all the time.

Alan Hale Jr.’s strongest skill as an actor was his physical comedy, which was supported by his shocking amount of physical strength.

While appearing alongside Denver in the 1960s, Hale was strong enough to pick up Denver as if he were as light as a feather.

Their comfort and trust in one another allowed Denver and Hale to take their physical comedy to new heights.

Coming from a family of thespians, Hale was able to gain inspiration from his actress mother and his father who was a matinee idol from the era of silent films.

Alan Hale Jr. was in his first movie as an infant and he would continue acting until the day of his death, dropping “Jr.” from his stage name following the death of his father.

Despite originally gaining fame as a child actor, Hale was able to easily slip into more mature roles as he got older.

Some of Hale’s first few adult-centric movies included The West Point Story from 1950, The Lady Takes a Flyer in 1958, and Up Periscope from 1959.

Hale got to work alongside co-star Bob Denver again in 1968’s The Good Guys.

What Did Natalie Schafer Pass Away From? 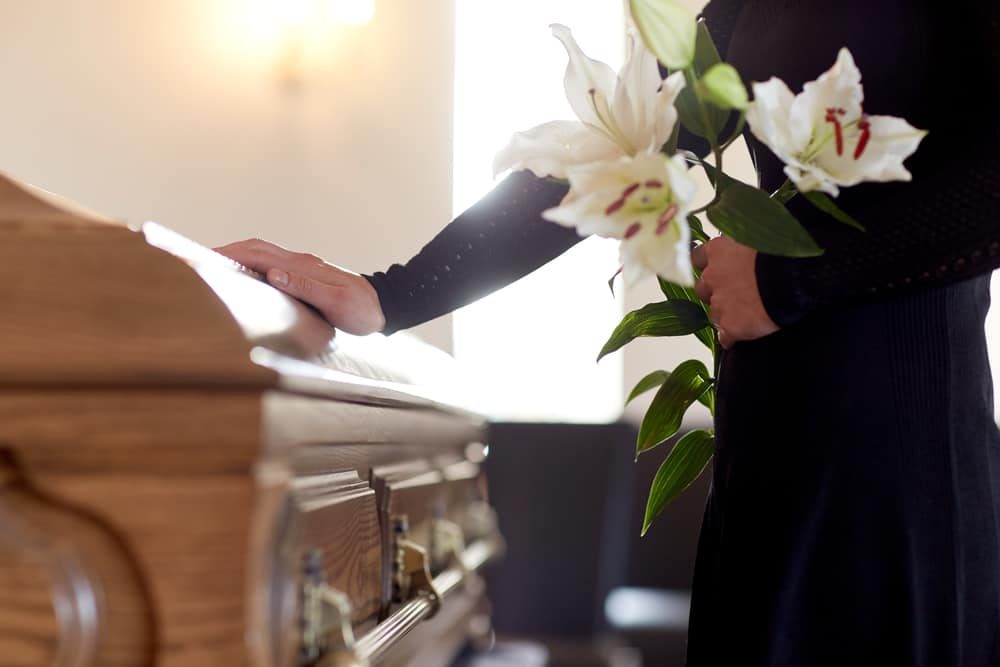 Natalie Schafer passed away at 90 years old from cancer at her Beverly Hills home on April 10th, 1991.

Although Schafer was best known for her role as Lovey Howell on Gilligan’s Island, she continued to appear on television until the autumn of 1990.

Like her co-stars Bob Denver and Tina Louise, Schafer was a New York native who originally studied fashion design at the Merrill finishing school.

Schafer was known for bringing a strong sense of glamor to each role, often being seen in pearls and sporting a pair of lorgnettes.

Although the producer of Gilligan’s Island originally envisioned Lovey Howell as a woman in tweeds and low-heeled shoes, Natalie Schafer refused to wear such an outfit.

According to an interview she did with The Times, Schafer claimed that she had “never [worn] low-heeled shoes in my life… And tweed skirts are too scratchy.”

Schafer fought with the producers and writers consistently until they allowed her to dress Mrs. Howell in the way that she saw fit.

The legendary actress also later admitted that she would frequently get bored on set and began using needlepoint to fight the boredom.

Natalie Schafer took on the role of Lovey Howell because she knew that the show wouldn’t last forever and feared being tied down to one project.

Schafer later admitted that another reason she took on the role was that “the pilot was being made in Honolulu, and I’d never been to Honolulu.”

The first film that Schafer ever appeared in was Marriage is a Private Affair in 1944, which would be followed up by The Snake Pit in 1948, Anastasia in 1956, and Susan Slade in 1961.

Her final wish was that any memorial contributions be made to the American Cancer Society and the Motion Picture and Television Fund.

How Did Russell Johnson Die? 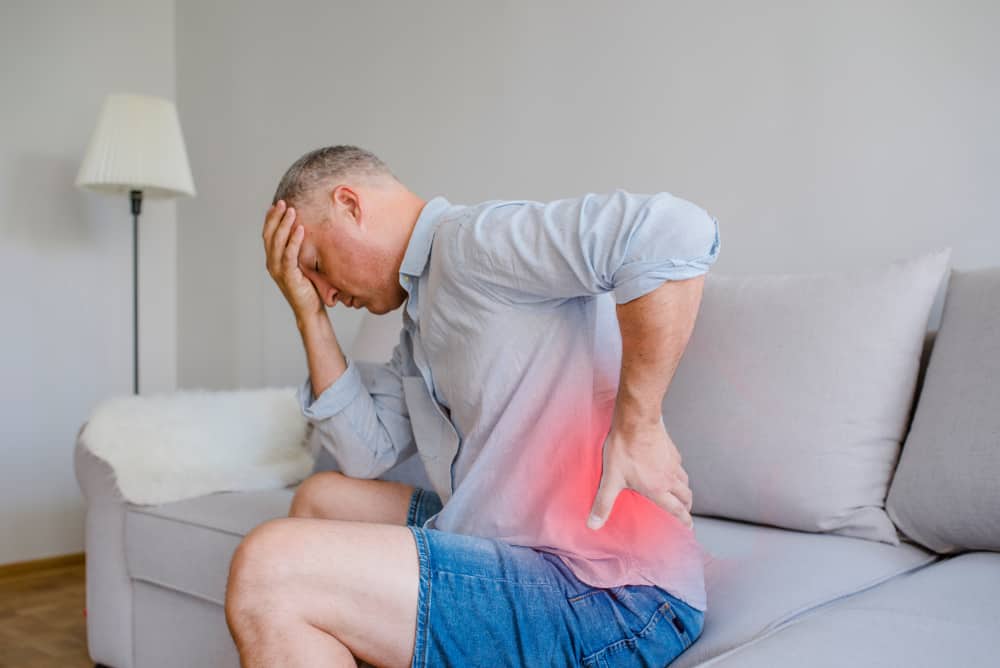 Russell Johnson’s death was due to kidney failure when he was 89 years old.

He peacefully passed in his sleep at 5:21 am while home with his wife, Constance Johnson.

When Johnson found out that he was dying, he knew that he wanted to do so at home.

He was the last remaining male cast member from Gilligan’s Island.

Russell Johnson was best known for playing Professor Roy Hinkley on Gilligan’s Island and appeared in 98 of 99 episodes.

Prior to appearing on the iconic sitcom series, Johnson had appeared in other cult classics such as It Came From Outer Space and This Island Earth.

Although critics who originally watched the show had nothing but negative things to say, Johnson was always proud of his role and was elated when the show continued to gain fans despite what the critics had said.

Russell Johnson loved his Gilligan’s Island fans, claiming that the group was both positive and intelligent as a whole.

He used to love receiving letters from young fans and seeing just how many generations of fans his role inspired to pursue a career in science.

The fact that his role as a fake scientist helped create multiple generations of real doctors, professors, and scientists made him even prouder.

When Johnson wasn’t responding to fan mail, he had a blog where he’d talk about his interests such as his gambling tricks.

After his time on Gilligan’s Island, Johnson appeared on television shows throughout the decades such as Lassie, Newhart, Gunsmoke, Dynasty, and Roseanne.

At the time of Russell Johnson’s death, TV Land president Larry W. Jones was quick to send his condolences to Johnson’s family and friends.

Former co-star Dawn Wells remembered Johnson as “a true gentleman, a dear friend with fantastic wit and a wonderful actor.”

What Caused Dawn Wells To Pass Away? 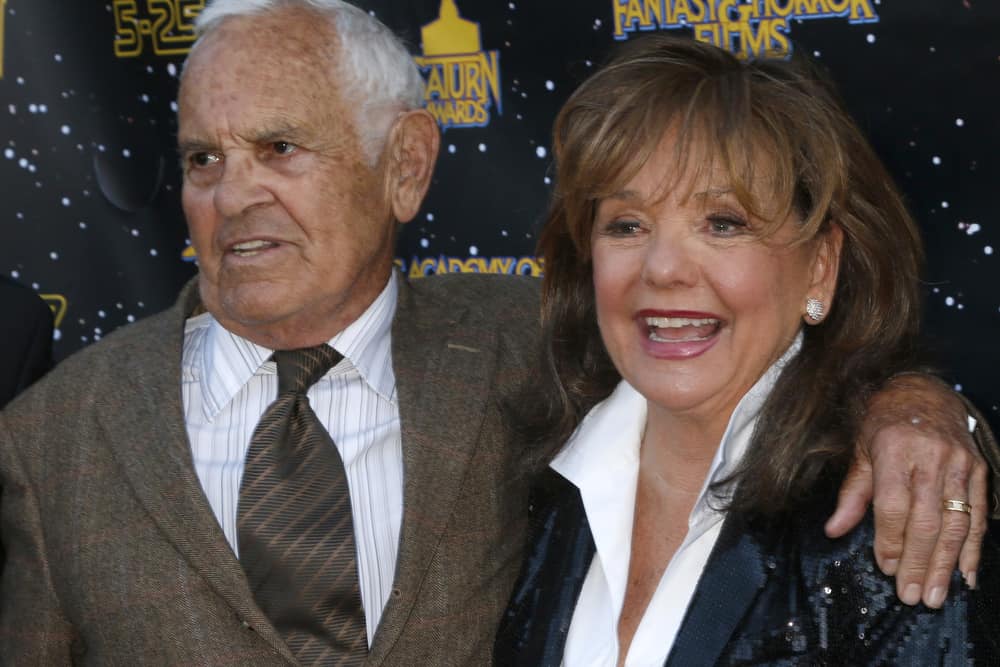 Dawn Wells passed away from complications caused by COVID-19 when she was 82 years old and was the most recent cast member from Gilligan’s Island to pass away.

When the legendary actress and former beauty queen passed away, Tina Louise wrote on Twitter that she would always remember Wells’ kindness and the constant smile she had on her face.

Dawn Wells loved her role as Mary Ann Summers and the fans who all loved her character.

When Wells seriously injured herself from a fall and was struggling to afford hospital rehabilitation, her fans came together to raise $197,000 for her care within a month.

This moment amazed Wells, who claimed that she originally thought that she had properly set herself up for her golden years.

However, prior to Wells’ passing, she had nobody else to take care of her and needed assistance.

Before her death, Dawn Wells wrote a book about her experience as Mary Ann Summers with Steve Stinson titled “What Would Mary Ann Do? A Guide to Life.”

Wells modeled her character after herself, reflecting her unwavering positivity and hopefulness.

Who Is Still Alive From Gilligan’s Island? (2023 Updated)