You are here: Home / The Cold Spotlight / Where Was Dark Shadows Filmed? (Explained) 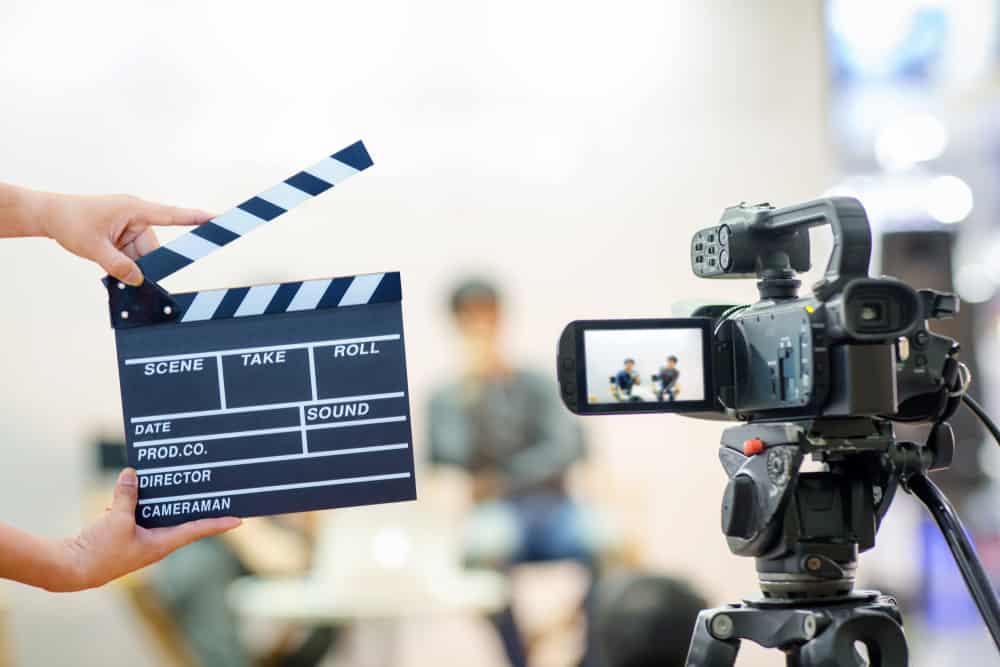 Dark Shadows, released by the popular director Tim Burton in 2012, has extravagant scenes that range from portraying rocky cliffs, to roaring sea, and even a castle.

Directors and production crews work diligently to ensure that the locations used in their films are consistent across all locations in appearance, including climate and even the animals or birds potentially seen in scenes.

Often, they are successful in convincing viewers that the locations of the movie are all in the same city when, in fact, the various scenes may have been filmed hundreds of miles apart.

The actual filming locations of the movie are difficult to obtain, even Warner Bros. is cryptic in its United Kingdom press release where it states that Dark Shadows was filmed “on location.”

However, after reviewing a multitude of sources it is possible to confirm the locations of several of the filming locations.

Where Was Dark Shadows Filmed? 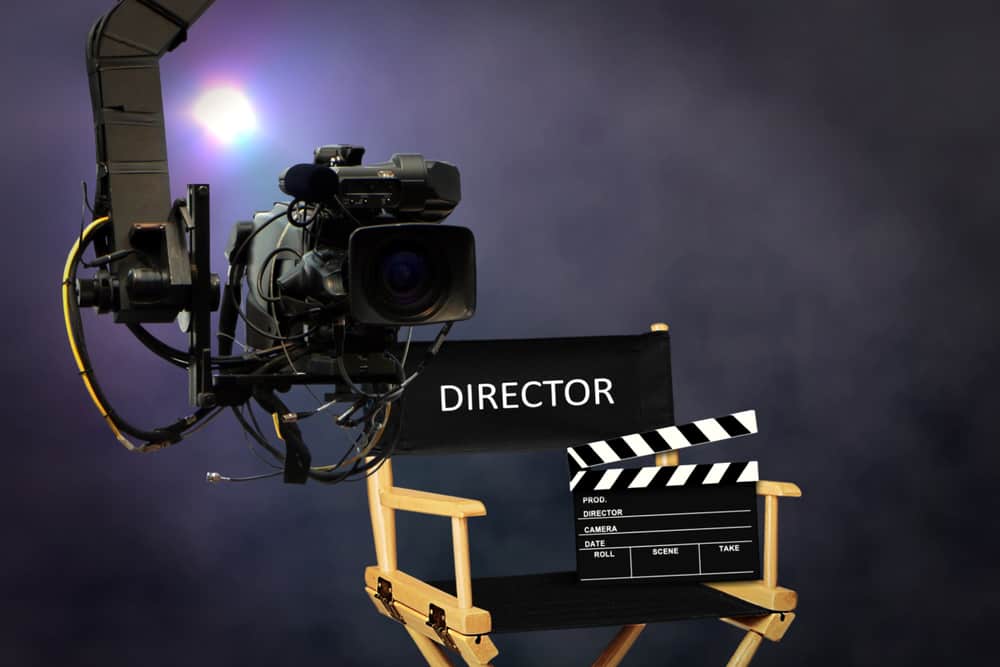 The movie was filmed entirely in England according to Pinewood Studios.

Pinewood Studios has several elaborate and specialty studios throughout the globe that many films have utilized.

Dark Shadows took place partially within the United Kingdom studios, which are located in the village of Iver Heath in Buckinghamshire.

In addition to Pinewood Studios, many scenes were filmed at several other locations throughout England, which brought authenticity and life to the film.

Collinwood Manor, which is the location at the heart of the movie, was filmed in a castle-like structure built in The Bourne, which is near Farnham, Surrey.

The Fishing port of Collinsport was built on the grounds of Pinewood Studios in Buckinghamshire.

The controlled setting of the studio was preferred because Pinewood Studios already had a large water tank that the directors thought suited the film’s purposes.

The beautiful, and large, cliffs seen in the movie are not in a real location but were created by the producers using CGI equipment.

However, the beach scenes were, in fact, filmed in Devon, at the Great Mattiscombe Sands, located near Kingsbridge.

The asylum that the character Maggie escapes from was filmed at Beckenham Place Park in Lewisham, near South London.

The film is meant to take place in the coastal state of Maine in the United States.

Although it appears that none of the filming actually took place in the state. 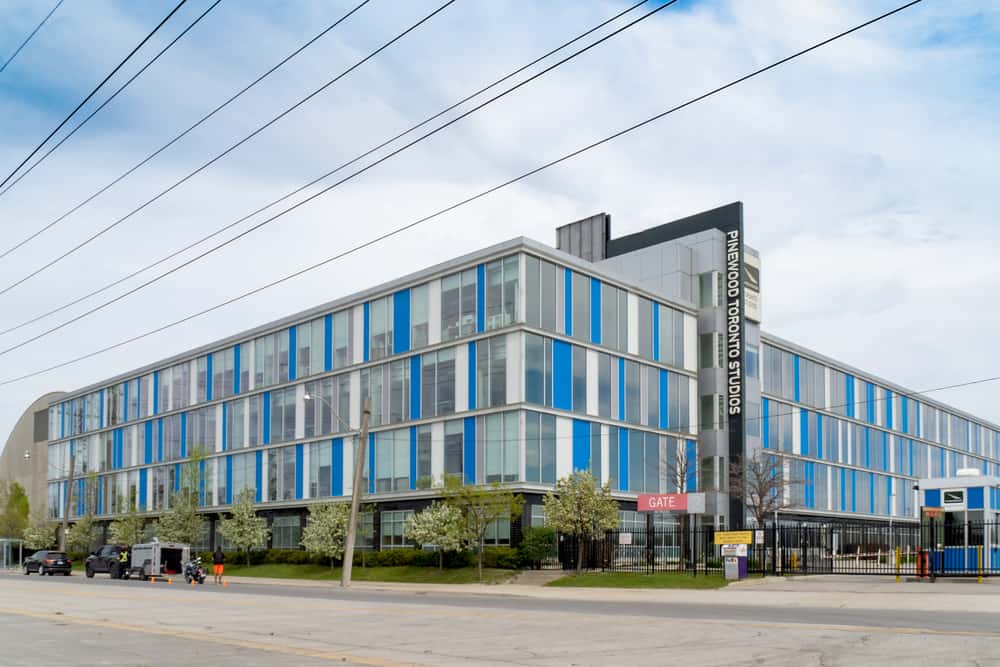 Pinewood Studios owns a couple of studios across the globe.

In the United Kingdom alone there are two: Pinewood Studios and Shepperton Studios.

Ontario, Canada is the home of Pinewood Toronto Studios.

Lastly, they have a location in the Dominican Republic in the heart of the Caribbean.

Their studios are well known for many popular films that have taken place at their locations, including 007, Ant-Man and the Wasp: Quantumania, Willow, Jurassic World: Dominion, and many more.

Interestingly, the studio located near London in the United Kingdom houses “the unique permanently-filled Underwater Stage, one of Europe’s largest exterior tanks.”

In particular, these facilities specialize in water filming and employ a team of highly-trained individuals to ensure filming remains safe for all actors and production teams involved.

Pinewood-based Diving Services UK are experts in marine coordination and diving and have assisted more than 1,500 films, television series, and commercial productions.

What Other Films Have Been Produced In England? 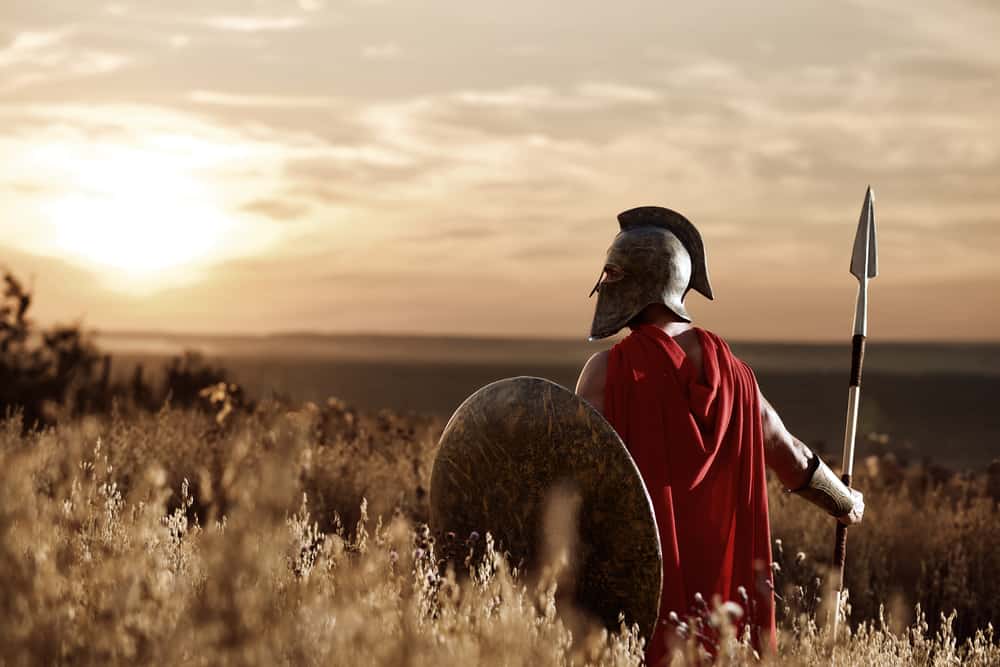 The locations chosen by the production team are no strangers to exposure in the film world.

Films like Gladiator and Robin Hood have also been filmed in England, near Surrey.

The fields and forests in England have provided the perfect battlefields for the World War II movie War Horse and even Thor: The Dark World.

Other well-known films and television shows that have been filmed in the United Kingdom include Enola Holmes, Doctor Who, The Batman, and Ted Lasso.

Who Filmed And Produced Dark Shadows? 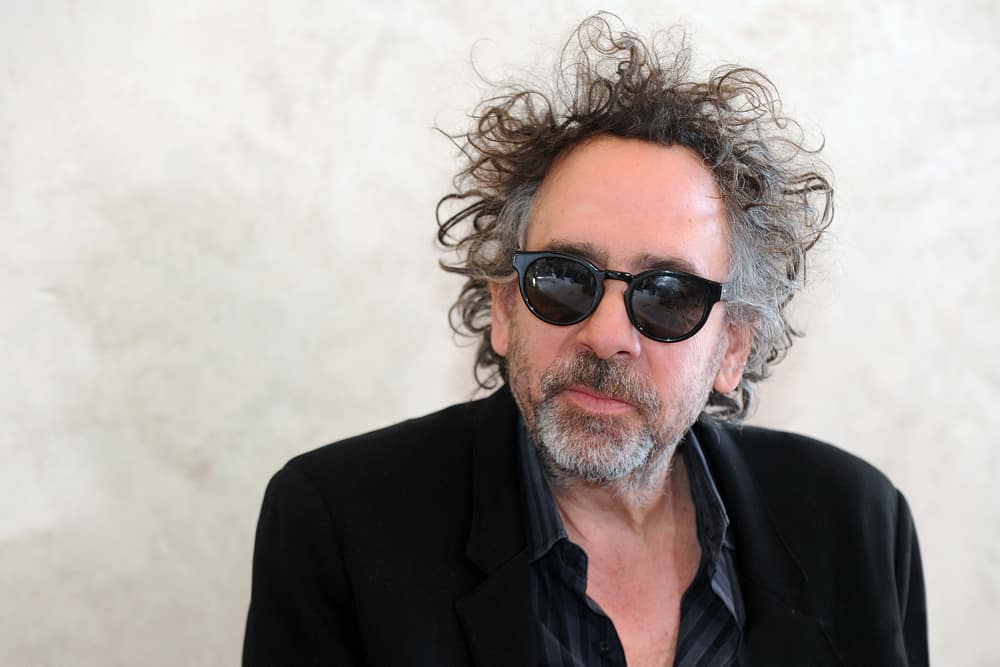 Dark Shadows was directed by Tim Burton, from a screenplay that had been written by Seth Grahame-Smith and John August.

However, Grahame-Smith and August did not create the plot on their own.

The storyline was inspired by an already existing television series envisioned by Dan Curtis.

The movie was produced by Warner Bros. in collaboration with Village Roadshow Entertainment Group.

Tim Burton, the director, is well known for a variety of other productions, including:

Burton began his career working for Disney, but his talent and creativity are what led him to bigger and better adventures in the film industry.

He has assisted in the creation of a wide variety of artistic, gothic, and quirky films that have attracted many fans.

Burton and Depp have a history of working together on movies besides Dark Shadows, including Charlie and the Chocolate Factory, Sleepy Hollow, and Edward Scissorhands.

One of Burton’s latest projects includes the immensely popular 2022 Netflix series, Wednesday, based on the character of the same name from The Addams Family.

What Actors Appeared In Dark Shadows? 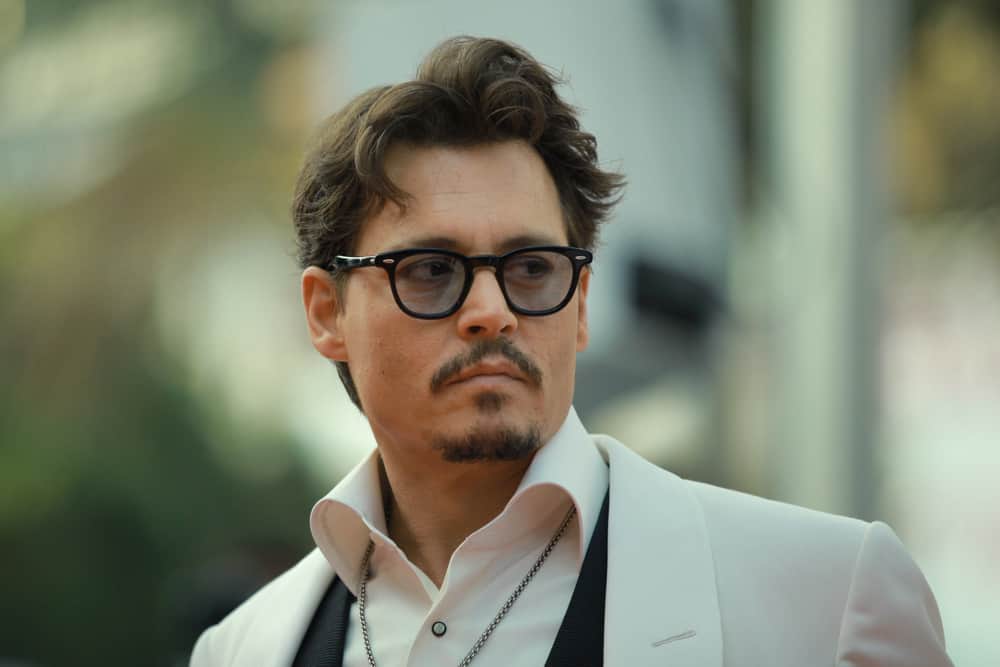 Perhaps the most popular and well-known actor in Dark Shadows is Johnny Depp, who played the main character, Barnabus Collins.

However, Depp is not the only actor or actress in the film with a rich history in the industry.

The other cast members include:

Depp is well known for his wide acting range and unique variety of movies such as Captain Jack Sparrow in the Pirates of the Caribbean series, the villainous Edward Ratchett in Murder on the Orient Express, Willie Wonka in Charlie and the Chocolate Factory, and the titular character in Edward Scissorhands.

He has a quirky attitude and personality that allows him to excel at portraying a wide variety of characters.

Michelle Pfeiffer starred as Elizabeth Collins Stoddard, the matriarch of the Collins family.

She’s known for her roles in Grease 2, Maleficent: Mistress of Evil, and Ant-Man and the Wasp.

Chloe Grace Moretz, who has starred in Carrie and The 5th Wave, played Carolyn Stoddard.

Carolyn is a reclusive and mysterious teenager with a secret she has managed to keep hidden from her family for her entire life.

Before his role as Roger Collins in Dark Shadows, Miller had experience in a variety of other films and television shows.

These include Dracula 2000, Mansfield Park, Dexter, and The Crown.

Carter has a rich history of acting in gothic and horror films.

In fact, she may be considered one of the many common faces of horror films.

Her fans remember her for her roles in Harry Potter, Alice in Wonderland, and Enola Holmes.

As compared to the other actors we have discussed above, Heathcote is relatively new to the film industry.

Since Dark Shadows was released in 2012, she has had roles in Fifty Shades Darker, Love is War, and The Rewrite.

Jackie Earle Haley began his career in film with the popular movie, The Bad News Bears.

However, in addition to The Bad News Bears and Dark Shadows, the American actor has had roles in A Nightmare on Elm Street, London Has Fallen, and Shutter Island.

Gulliver McGrath has been acting since he was ten years old when he began starring in commercials.

Prior to Dark Shadows, he played Young Tabard in the movie Hugo.

Dark Shadows may be the start of a long, successful career for McGrath.

What Was The Film Based On? 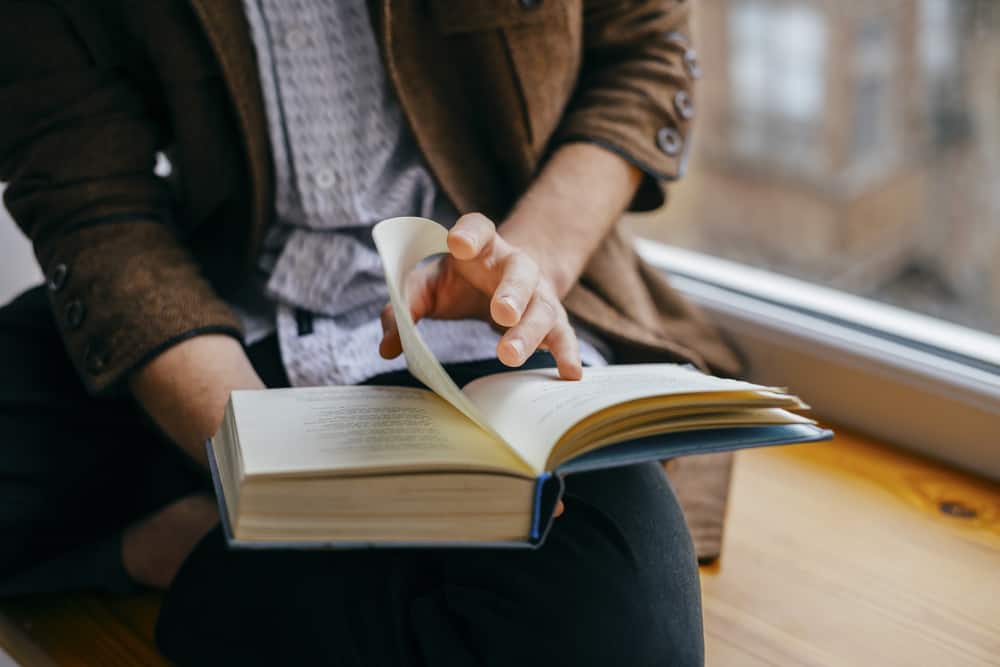 The film by Tim Burton was based on the television series which was created by Dan Curtis.

Curtis had a dream with the idea for the show and began writing a television series that became wildly popular.

The television show was a daytime serial that aired from 1966 to 1971 on ABC.

The show was successful, with more than 1,200 episodes in total throughout its run.

It also has inspired other authors, who have created novels and comics similar to the plot.

Curtis was an impressive writer and had a role in the creation of several movies and television series.

Some of his other productions include, but are not limited to:

One novelist, in particular, Dan Ross, created a series of books about Dark Shadows.

These books were released from 1966 through 1972 under Ross’s pen name Marilyn Ross.

Many of the books can still be purchased online at retailers like Amazon, eBay, and other miscellaneous thrift book stores.

However, customers should verify authenticity prior to purchase.

Additionally, Gold Key began producing a comic series based on the television show in 1969,

There are more than 30 comic books dedicated to the series.

Other comic book series, besides those produced by Gold Key, have been released that feature crossovers with Barnabus Collins and other Dark Shadows characters.

These include comic books by Innovation, Moonstone, and Dynamite Entertainment.

Despite the original series having been filmed in the 1960s and ’70s, the story plot has continued to be relevant throughout the 2000s.

Dynamite Entertainment continued to produce its comics through 2013.

Comic book lovers may be happy to know that they can find collector’s versions online, at retailers like eBay, My Comic Book Shop, and Dynamite Entertainment.

Similar to the novels, customers should verify the authenticity and determine the trustworthiness of the seller especially as some vintage comics or books are sold at inflated prices.

Where Can I Purchase Or Rent Dark Shadows?

The movie can be found on several websites, however, visiting the Warner Bros. website directly can ensure valid and legitimate sources for the movie.

As found on their site, there are several places to find Dark Shadows.

If you have a Hulu subscription, Dark Shadows is available for streaming there as well.

It can also be purchased on disc through Amazon, Walmart, Best Buy, and Target.

Visit the Warner Bros website for direct links to the websites listed above.