You are here: Home / The Cold Spotlight / When Does Hank Find Out About Walt? (Explained) 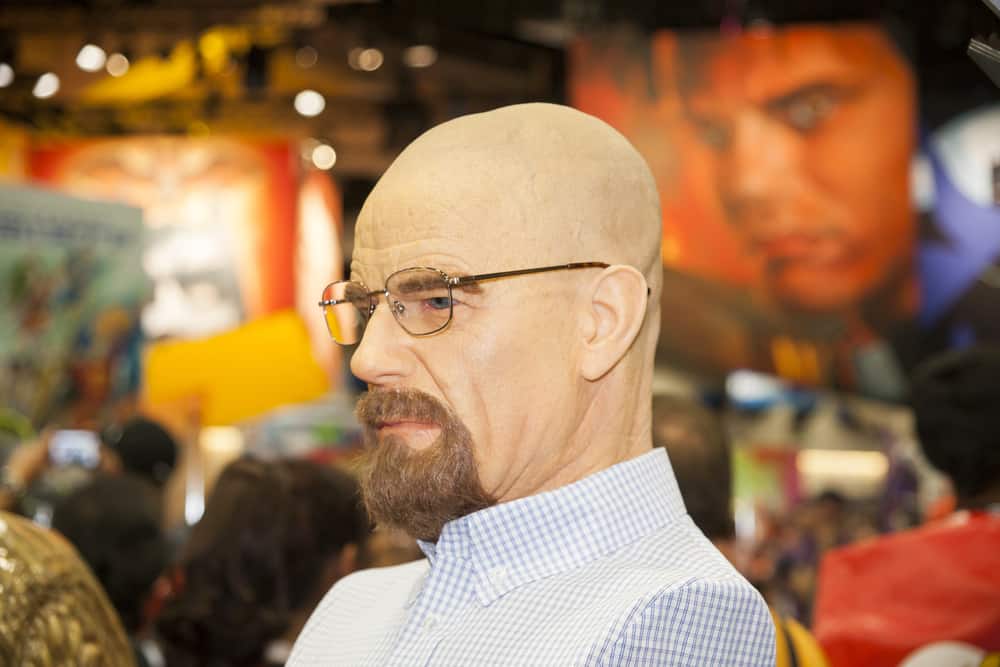 Few fictional relationships are as interesting as the one shared by brothers-in-law Hank Schrader and Walter White.

After decades of knowing each other and spending plenty of time as a family together, their relationship is shattered after White turns to cooking meth to support his family and pay for his cancer treatment.

This pair goes from being brothers to playing a game of cat-and-mouse between the police officer and the drug lord.

For a character who prided themselves on being successful in their field, Hank Schrader gets a rude awakening when the criminal he’s been desperately looking for is right in front of his face.

When Does Hank Find Out About Walt? 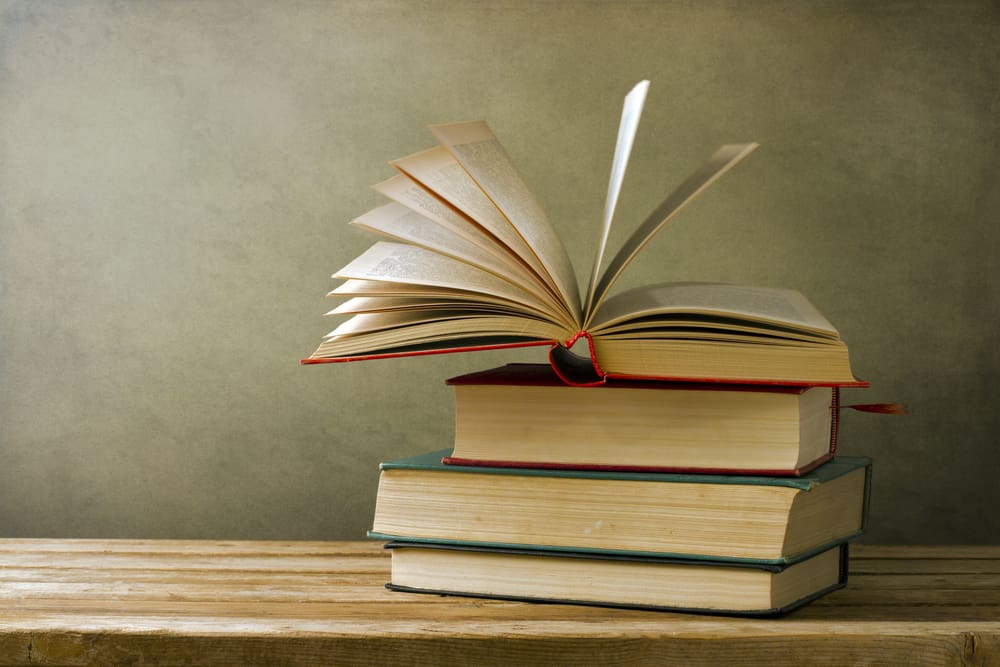 Hank found out about Walt being the mysterious drug lord Heisenberg during the 8th episode of season 5, which is titled The Book of Walt.

During the final scene of the episode, Hank Schrader finds a signed copy of Leaves of Grass that is inscribed: “To my other favorite W.W. It’s an honor working with you. Fondly, G.B.”

In season 3, Walter White and Jesse Pinkman conspired to murder Gale Boetticher, who was a chemist that the meth-making duo worked alongside.

Some fans of the show believe it was uncharacteristically thoughtless of White to leave this book out where guests could see it, but others argue that the only one who would know what that phrase meant was Schrader.

Although White may be intelligent and crafty, he is also known for being a bit arrogant.

He knew that his brother-in-law would be the only one to know the true connection between him and Boetticher, but White probably assumed that the book would never interest Schrader who is usually never seen reading more than a magazine.

Despite all the work that Walter White had put in to keep his family from finding out his secret identity, his lies were unraveled by his brother-in-law while he was using the bathroom.

After Schrader had raided Gale Boetticher and found his notebook referring to White as “W.W.”, White should have known to hide the book.

Hank Schrader even showed White the notebook after the raid, going as far as to joke that “W.W.” stood for Walter White.

Schrader saw his brother-in-law as the type of man who is too afraid to do anything other than play life safe, only to discover that his prior joke had been the truth, and he was constantly around the seemingly elusive Heisenberg.

What Evidence Does Hank Have Against Walter? 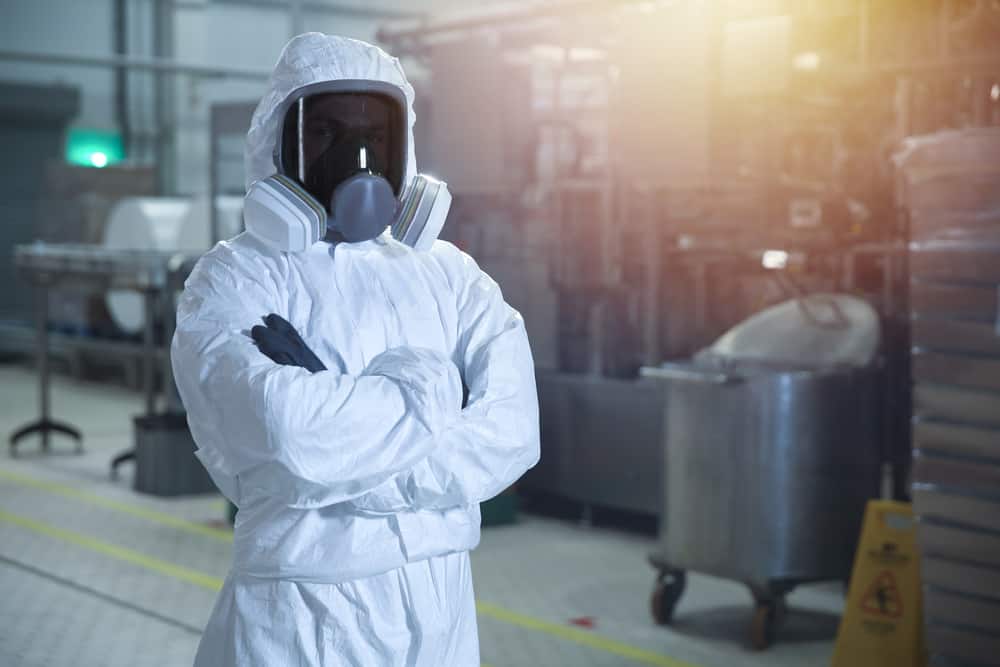 Hank has plenty of evidence that could land his brother-in-law Walter White in prison for his work as a meth cooker and dealer.

Although it seemed like the majority of Hank Schrader’s evidence is completely circumstantial, he has more than enough information to arrest his brother-in-law.

Schrader first began hunting the trail of Heisenberg during his investigation around Krazy-8 and his cousin Emilio Koyama.

From his investigation into Koyama and Krazy-8, he discovered that Krazy-8 was a DEA informant that would sell out his competition and then scoop up their clientele for the right price.

Captain Cook was the alias for Jesse Pinkman before he joined up with Walter White.

While investigating Krazy-8’s car, he found a gas mask that had been taken from the high school chemistry class that his brother-in-law ran.

Hank Schrader then searched through the chemistry classroom’s storage closet and found that even more equipment like beakers was missing as well.

While searching White’s classroom, Schrader jokes that people are starting to suspect White as the one stealing the equipment.

After investigating the rest of the staff, Hank Schrader arrests the janitor after finding a small amount of marijuana in his car.

During his investigation into Tuco Salamanca, Schrader finds someone who is selling Blue Sky to an undercover cop and who is willing to sell out Heisenberg.

Walter White worked with Saul Goodman to hire James Edward Kilkelly, who prefers prison to a free life to take the fall.

However, the best piece of evidence that Hank Schrader has is the signed copy of Leaves of Grass and Gale Boetticher’s notebook.

Although these pieces of evidence aren’t direct, circumstantial evidence can be more than enough to sway a court of jurors.

Sadly, Schrader never got the chance before dying.

Was Hank Going To Die In Season 1 Of Breaking Bad? 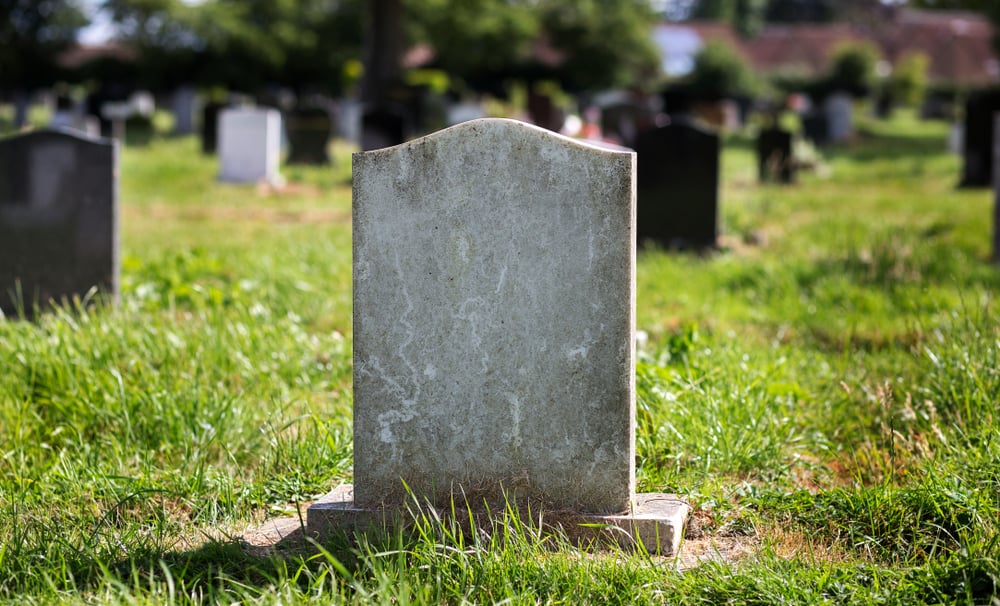 Yes, Hank Schrader was going to die in Season 1 of Breaking Bad.

According to creator Vince Gilligan, the only reason Schrader didn’t die was because of the writers’ strikes of 2008 that caused production to nearly come to a grinding halt.

Originally, season 1 was going to have 9 episodes, and Schrader was going to die during one of the final 2 episodes.

Since the Breaking Bad production team were writing in a vacuum, the pause in writing led to shooting to end with only 7 episodes and multiple plot points changing.

Gilligan felt that the first season of Breaking Bad needed every bit of drama that they could muster up to keep their viewer’s attention.

As the production team later discovered, they created even more drama by keeping Schrader in the picture and constantly looming over his drug lord brother-in-law’s shoulder.

Schrader would go on to live until the 13th episode of the 5th season, known as To’hajiilee.

Jesse Pinkman had sold Walter White out to Schrader and his partner then went on to help them set White up to be arrested.

White had been working with a neo-Nazi organization, who were with him at the time to defend White.

Upon seeing that the Drug Enforcement Administration had sent his brother-in-law, White begged for the neo-Nazis to call off the attack.

White tried hiding at first but came out of hiding after Schrader called out for him and acknowledged his location.

Schrader was able to read Heisenberg his rights and load him into his vehicle before the shootout began.

Hank was first shot in the leg before watching his long-time partner get shot to death.

When Jack Welker found Schrader crawling along the crowd to grab a gun, Schrader looked his killer in the eyes before being shot again.

Does Hank Schrader Have PTSD? 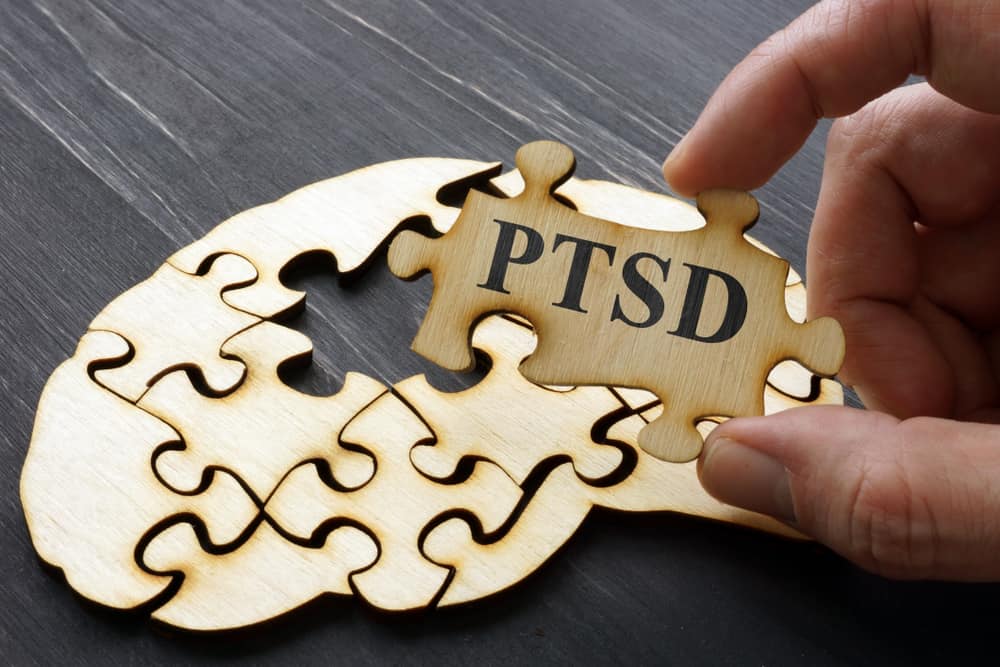 According to Hank Schrader’s actor Dean Norris, the writers of Breaking Bad wanted to explore how frequently law enforcement officers end up with Posttraumatic Stress Disorder through his character.

Norris felt proud to be able to show this side of what it means to be in law enforcement and was ready for his character to be more than comic relief.

During an interview with Vulture, Dean Norris discussed how PTSD was affecting how his character was behaving.

AlthoughSchrader was a normally jolly person, he was becoming more easily aggravated and more aggressive.

Between getting into bar fights and brutally beating up Jesse Pinkman, Hank Schrader was becoming a different person as the viewers continued to watch Breaking Bad.

Between the constant risk involved in his career and the growing familial problems, Schrader was enduring more and more stress by the moment.

Even when Schrader was dealing with frequently getting shot at or dying, his home life included dealing with his wife’s kleptomania, his brother-in-law’s terminal cancer diagnosis, and having to watch his sister-in-law and nephew struggle.

Having to hand over his gun after beating up Jesse Pinkman wasn’t easy for a man like Hank Schrader.

With so much of Schrader’s identity coming from the fact that he was a good cop, proving to himself that he was never invincible was too much for him to bear.

As all of this is going on, Schrader gets attacked by infamous gang members and put into the hospital.

After experiencing agonizing pain from his 4 gunshot wounds, Schrader has to relearn how to walk and function independently.

Hank Schrader has dealt with more than enough situations to suffer from Posttraumatic Stress Disorder.

What he has witnessed while working as a Drug Enforcement Administration officer would have been enough alone.

What Episode Does Hank Lose His Job? 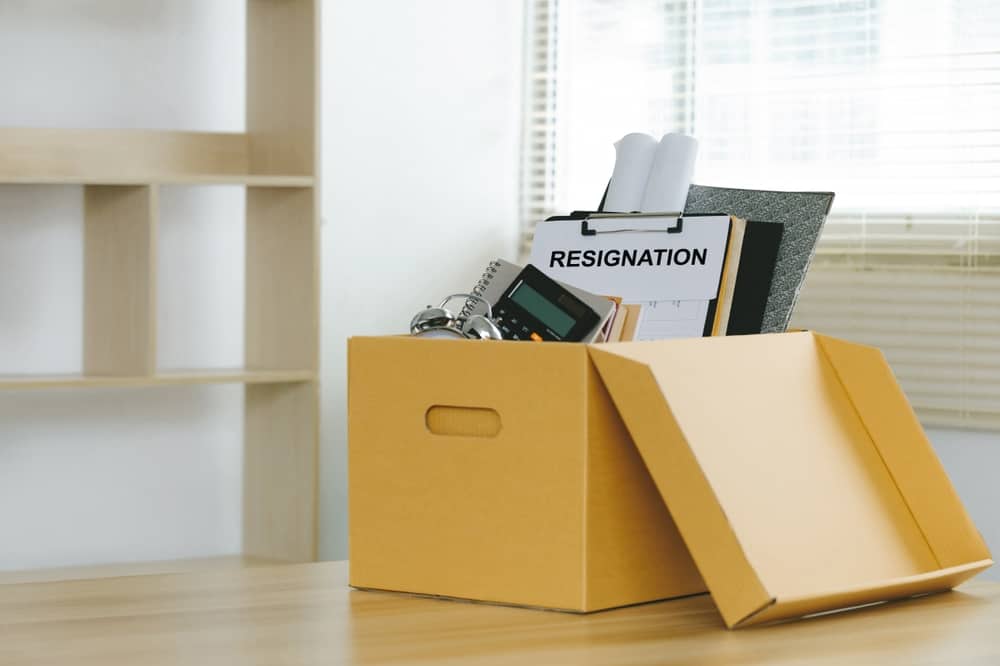 Hank Schrader was suspended from his job as a drug enforcement administration officer in One Minute, which was the 7th episode of the 3rd season.

Schrader was suspended after he beat up Jesse Pinkman to the point of Pinkman being sent to the hospital.

Pinkman had convinced Schrader that his wife Marie Schrader was in the hospital to lead Walter White’s brother-in-law off of their trail.

After discovering that it was Pinkman who made him worry for his wife’s wellbeing, Hank Schrader angrily drove to Pinkman’s house and punched him in the face as soon as Pinkman opened the door.

Schrader continued to punch Pinkman in the face until Jesse was unconscious and bleeding.

Realizing that he had gone too far, Schrader immediately called an ambulance for Pinkman and explained the situation honestly.

After Pinkman is sent to the hospital, Walter White and Saul Goodman meet with him to discuss his options.

Goodman is excited because he believes he can get Pinkman off the hook thanks to police brutality charges, and Pinkman is set on ruining Schrader’s life.

Pinkman also tells White that he will be cooking on his own from now on and has no problem ratting out his former partner if he were to ever get caught.

Despite the threats, White is confident that Pinkman will come crawling back to him in time.

While giving statements and evidence at the Drug Enforcement Administration office, Hank Schrader’s boss attempts to convince him to amend his statements fraudulently to help paint both Schrader and the agency in a better light.

However, Schrader knows that fraudulently amending his statements goes against his beliefs and instead hands over his gun as part of his acceptance of his suspension.

Shortly after losing his gun, the Salamanca cousins attacked Schrader. 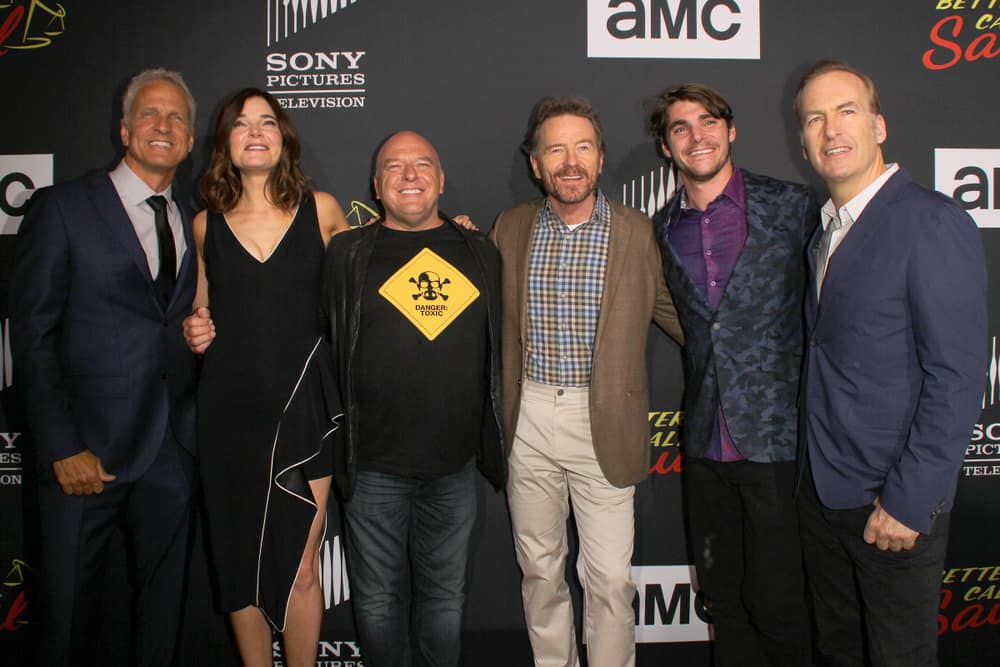 Yes, Hank Schrader is in Better Call Saul and appears when Saul Goodman takes on Krazy-8 as a client.

Goodman turns to Schrader and his partner Steve Gomez to broker a deal with the Drug Enforcement Administration agents, allowing Krazy-8 to act as a criminal informant for the agency.

By agreeing to these terms, Hank Schrader unknowingly set the gears in motion for his unassuming brother-in-law to become one of his agency’s most infamous targets.

When Schrader’s actor Dean Norris heard that Vince Gilligan wanted to bring his character back into the picture, Norris wanted to ensure that his character had an actual purpose for being there rather than just being fan service.

Norris felt that being able to be a part of the prequel show to Breaking Bad would allow fans to get to know his character better for who he originally was before all the traumatic experiences that he endured.

Better Call Saul allows fans to see Hank Schrader and Steve Gomez before they have to worry about frequently risking their lives.

The characters can go back to being the funny and jovial people they once were.

Norris recalls that the first day being back on set felt like coming home after being away for years, with the most exciting part being able to work alongside Steve Gomez’s actor Steven Michael Quezada.

Quezada and Norris had stayed friends after filming Breaking Bad, making the chemistry between their characters easy to maintain.

When Does Hank Find Out About Walt? (Explained)