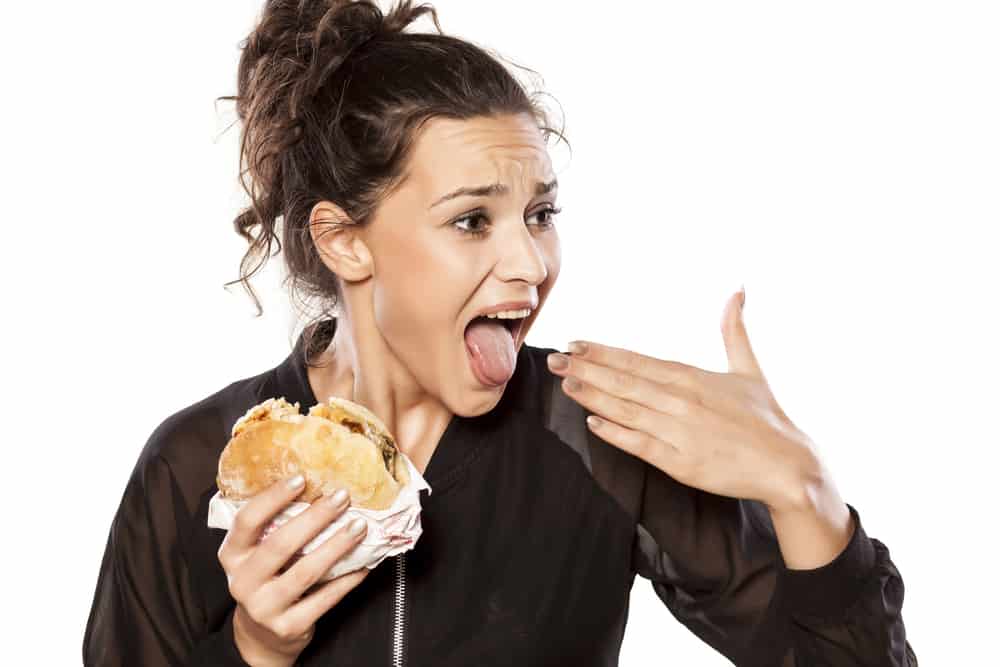 Whether it’s buffalo sauce, a dip, salsa, or a pepper, it is often a good thing to know what level of heat you can expect when you bite into any type of food.

Most of the foods that we eat are going to be safe for anyone to eat.

However, some people want to spice things up a bit.

If you are one who likes to challenge your pallet and see how much spice you can handle, then you need to determine what the different distinctions are for spices.

One of the most common questions that people have is about distinguishing between mild or medium.

Which of these is truly hotter?

We have all the answers you need and some information about how to learn to expect what heat you are going to see in your food. 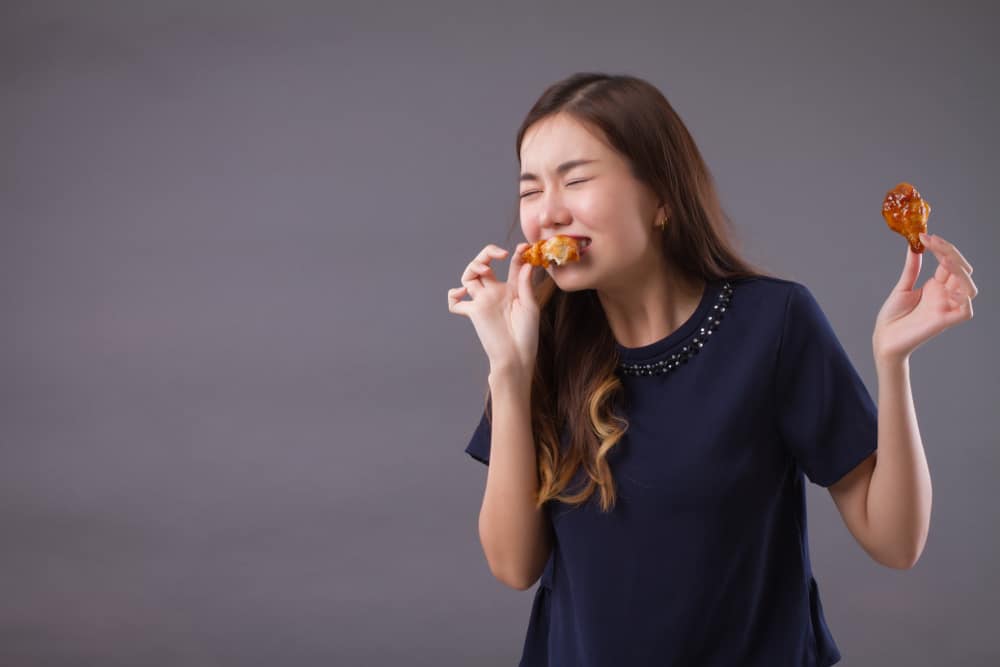 Medium is hotter than mild.

Whether you are looking at eating salsa or trying a new type of pepper, you can expect medium to be hotter than mild.

The reason people struggle with these two distinctions is that neither medium nor mild has an excessive amount of heat.

Since there is not much heat, you are going to have a hard time telling which is truly hotter.

For those who have a very good sense of taste and can notice minute differences in food, you will be able to discern that the medium does, in fact, have more heat.

However, for those who are worried about burning their tongue, neither the medium nor the mild is going to end up being painful.

Overall, you can almost guarantee that with mild or medium spice, all you would need is a bit of water to help you calm your mouth down and be on your way to eating something a little less spicy.

Sometimes people worry about spice because of indigestion issues in addition to feeling the heat on your tongue.

If you are one of these people, you must learn how hot something is and what things you need to stay away from.

Most of the spice that we experience in our food comes from peppers.

There are scales that will tell you how hot a pepper is, and then from there, you can decide if something is going to be worth it for you to eat.

If you know you have had jalapenos in the past and they were fine, this is a good baseline for you.

However, if you are starting from scratch, you may have to test some mild foods to see what you are capable of eating as well as what you enjoy eating.

How Is Heat In Peppers Measured? 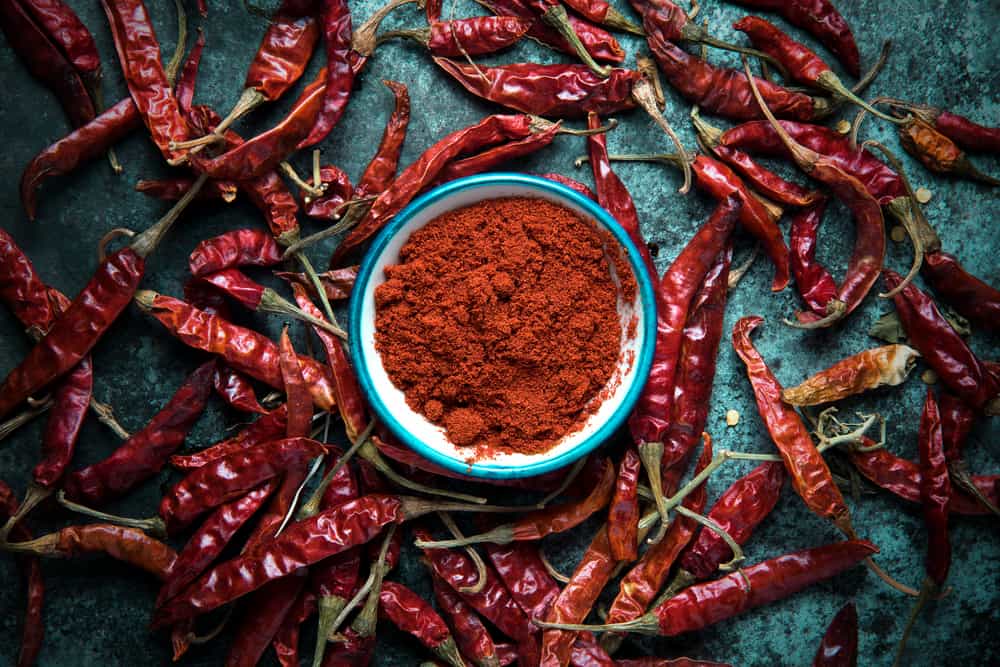 As you can imagine, heat in food is a difficult thing to measure.

Each one of us has a different sensory system that is going to process each taste in a much different way.

Have you ever gone to lunch with friends and some people are eating the salsa like there is no spice in it, while others are sweating and have tears in their eyes?

This is quite common because each of our bodies processes the heat of the pepper in very different ways.

The more a person is exposed to heat and likes it, the easier it is going to be for them to try a wide range of food.

Even though the heat is a hard thing to measure because of our different taste buds, the Scoville Scale was created to help people have a general idea.

The Scoville Scale is measured in units called SHU, which stands for Scoville Heat Units.

These are going to rank how spicy a pepper is and then give you a range of how hot the pepper is.

The Scoville Scale ranges from mild to extremely hot.

There is a number designation that goes with each of the ratings on the Scoville scale.

For something that is mild, you will be looking at anywhere from 100 to 2,500 SHU or Scoville Heat Units.

The problem with the Scoville Scale is that you will often have to do a bit of research to know exactly where the food you are eating stands on the scale.

It can pay to have a good understanding of some common peppers so that you can know what makes sense to eat and what may be a bad idea.

Ghost peppers are dangerous for some people because they bring so much heat.

When you first eat one, you won’t realize the heat that the pepper has until it hits your system.

At that point, there won’t be much you can do besides living through the burning sensation.

If this is not something that appeals to you, don’t go anywhere near the ghost peppers.

This is an extreme difference and something that anyone would feel, regardless of their sensitivity to heat.

How Does The Scoville Test Work? 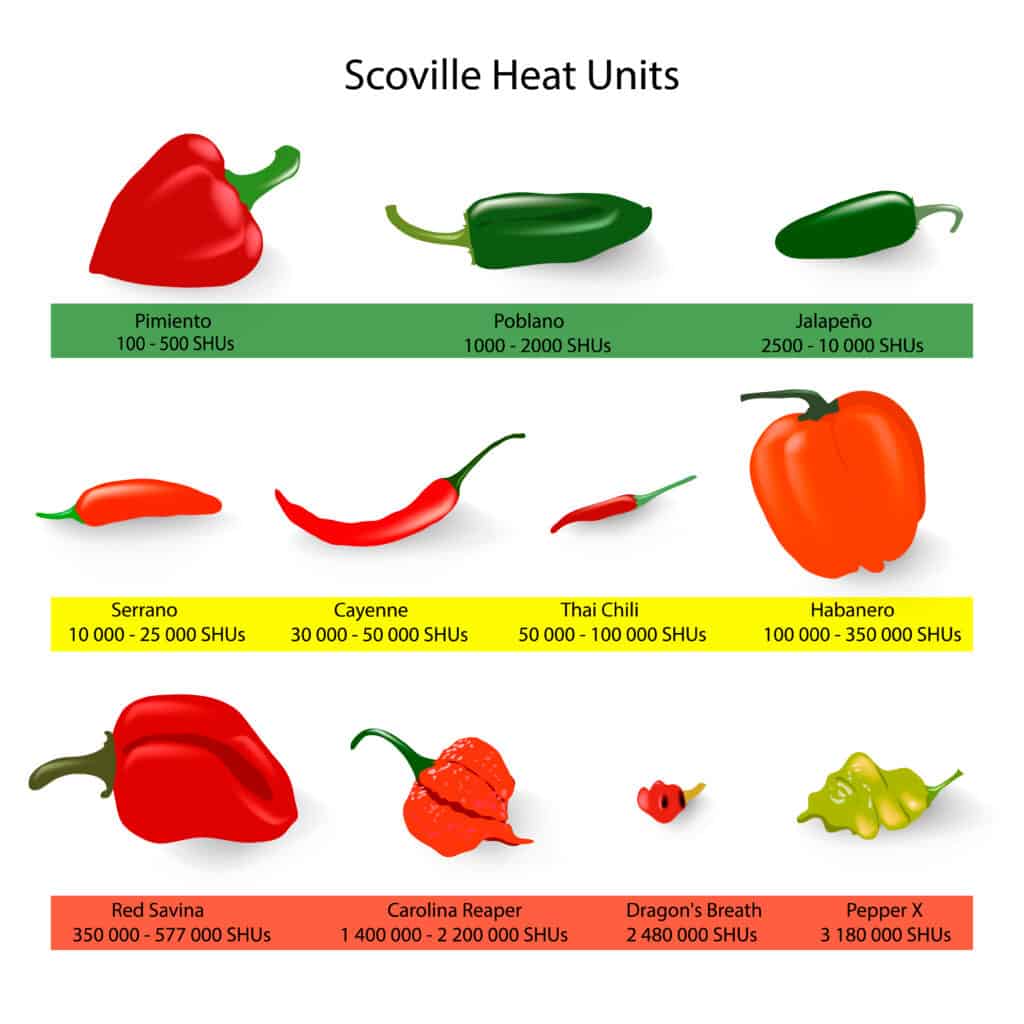 The Scoville test may not be something that you have heard of in the past.

It is not often talked about among consumers of spicy food, but in the world of science, it is quite well known.

The test was developed more than 100 years ago, and a very interesting method was used that required human taste testers to get the level of heat for each pepper.

A taste tester would eat a pepper and then record what they considered the heat level to be.

Then the pepper would be taken to the lab, where it would be diluted.

The tester would try again until they could no longer taste any heat in the pepper.

The amount that the pepper had to be diluted is what we now know as the SHU or the Scoville Heat Unit.

The problem, as you can see, is that the method of measuring the heat level really depends on the human who is tasting it.

Over time, we have realized that for better scientific results and facts, we need a bit more control in the experiment.

Scientists, however, still realized there was something to this method of diluting the pepper to determine its heat, but they just couldn’t use human taste testers.

In addition, our sensory systems change enough that something that may feel mild one day will feel a bit hotter the next.

Today, the rating is measured a bit more on the alkaloids that are in the pepper.

Scientists noticed a correlation between what the human testers were telling them and the alkaloids in the peppers.

It was clear that the more alkaloids that were present, the hotter the pepper was going to be.

What Is The Hottest Pepper? 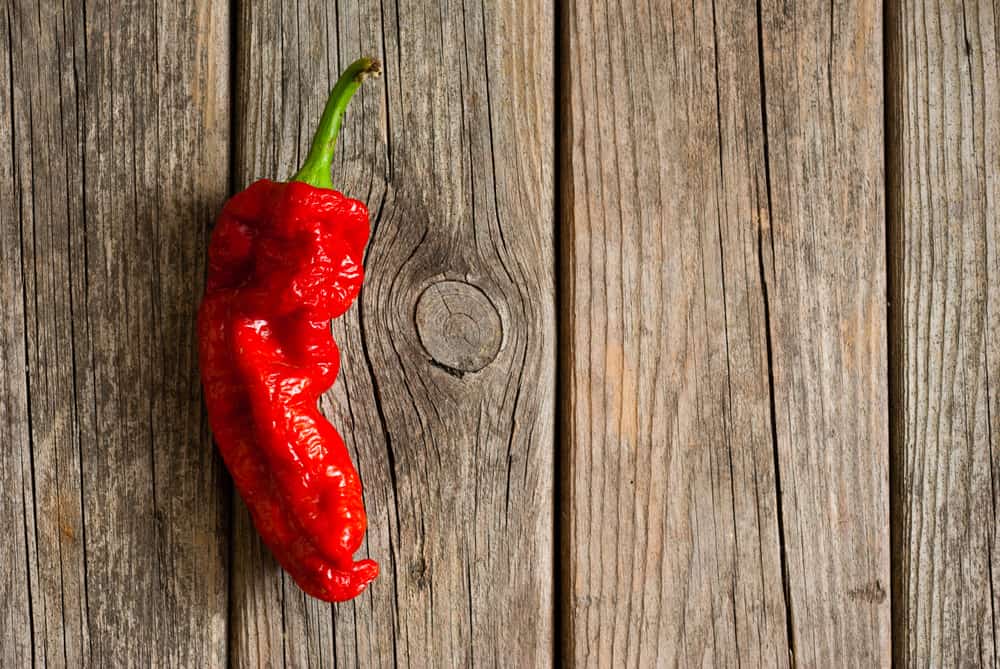 As we mentioned when we discussed the scale of heat in peppers, the ghost peppers are known for being some of the hottest there are.

With ratings close to 1,000,000, it is nearly impossible for most people to eat a ghost pepper and feel comfortable while eating it.

Even though this pepper is known for its extreme heat, there is another pepper that can be even hotter.

The Carolina Reaper is known to have a SHU score of more than 1.5 million.

This means that it is truly the hottest on the market.

What you can use these peppers for will be a bit limited because most won’t be able to tolerate the heat.

Those who grow peppers have been forced in recent years to make peppers that are hotter and hotter.

People enjoy the tastes of these peppers, and the growers want to continue to appeal to the market.

There are also more and more taste tests being done where people challenge themselves to be able to eat the hottest pepper that they can.

The heat of a pepper is mostly determined by its genetics.

The type of pepper is going to certainly provide an indication of the baseline for being either hot, medium, or mild.

However, in addition to this, there are also environmental factors that will come into play.

Depending on where a pepper is grown and how it is grown, the heat level can vary.

For instance, the hottest peppers tend to enjoy the warmest and driest temperatures.

These conditions help to ensure that you are going to get the hottest product from the pepper plant.

In addition, pepper farmers are also very good at knowing exactly when to pull the pepper from the plant.

The longer it can stay on the vine and ripen, the better the chance of the pepper being really hot.

The peppers that are picked a bit early tend to not be quite as hot before they are harvested and served.

If you are interested in growing peppers to start to spice your food up a bit, you can easily do so.

Can I Grow Peppers At Home? 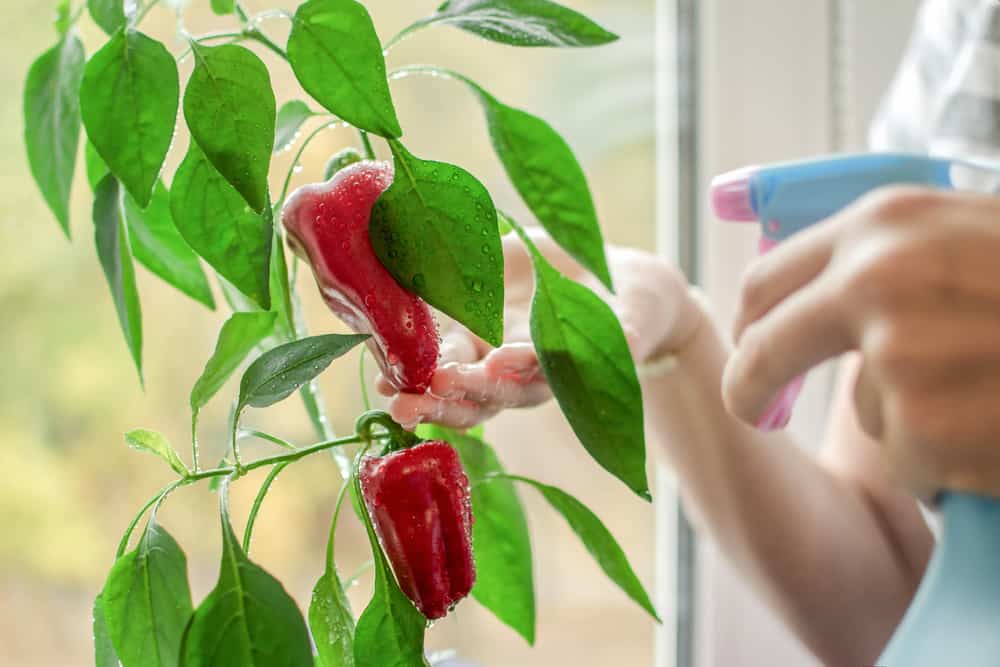 Depending on where you live, peppers can be a very easy vegetable to grow.

The type of pepper you want to grow will probably determine some specific details about where and how you want to plant it.

However, one of the great things about peppers is that they are often filled with seeds.

When you eat one pepper, there are dozens of seeds inside that pepper.

If you have a green thumb, you can take those seeds, put them in a little starter cup and be well on your way to producing your own pepper garden.

With the variety of peppers on the market and the different heat levels, it can become very interesting to be a pepper farmer.

You may find that the formulas and products that you can create are nothing like what you can get in the store.

What To Do If A Spice Was Too Hot? 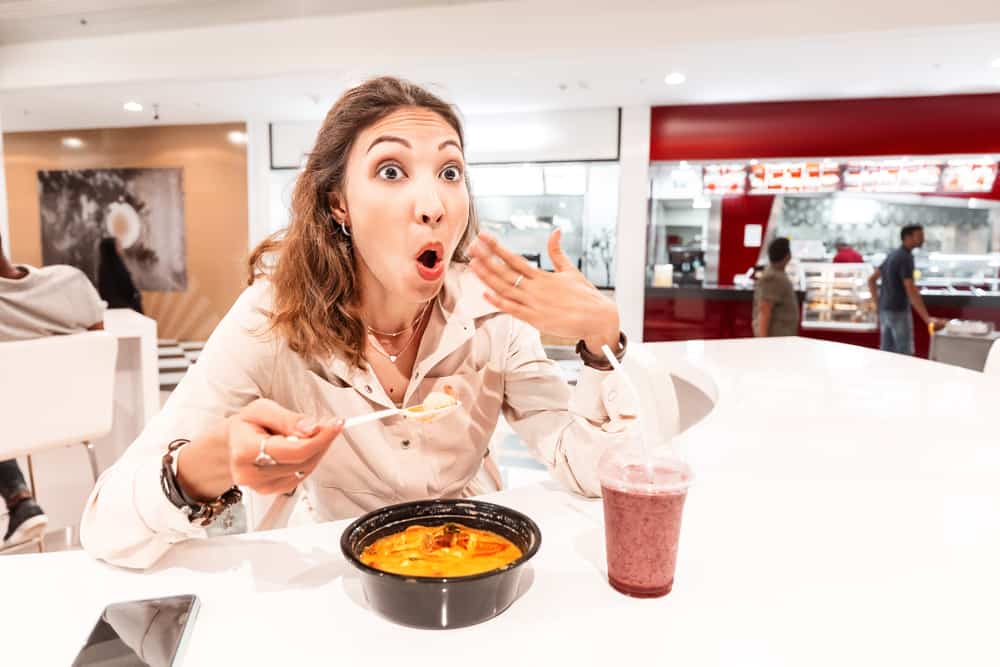 Let’s say you have the misfortune of finding out that something you just ate was actually hot instead of mild or medium.

Some people may try to bring you water to see if drinking that will help you to feel better.

Other times, you may find that water is not really the best method for cooling down the fire that is going on in your mouth.

Instead, what you really need is to use a citrus-type food or something acidic.

This will help to neutralize the level of the spice in your mouth.

Sometimes a lime or a lemon is a good choice, and other times, you can use a tomato sauce or a pineapple.

Try to find something that you have nearby that you can use to calm the spice down as soon as possible.

Water is not the best option because it does nothing to help neutralize the spice.

Although you may feel as though things are cooled down, the relief will only be temporary.

Keep this in mind when you are cooking with spicy foods as well.

If you combine a bit of an acidic ingredient, you may notice that the spice is a better complement to the dish as opposed to standing out with a bit too much power.

Hopefully, now you can see that neither mild nor medium is supposed to be all that spicy.

The mild will be the easiest to handle, and the medium will have a slight amount of heat.

However, the difference between mild and medium is going to be hard to notice at times.

Since both of these sauces or spices are trying to keep the heat level down, it will be hard to tell which is which.

Those who don’t enjoy the heat in their food should go with the mild as often as possible. 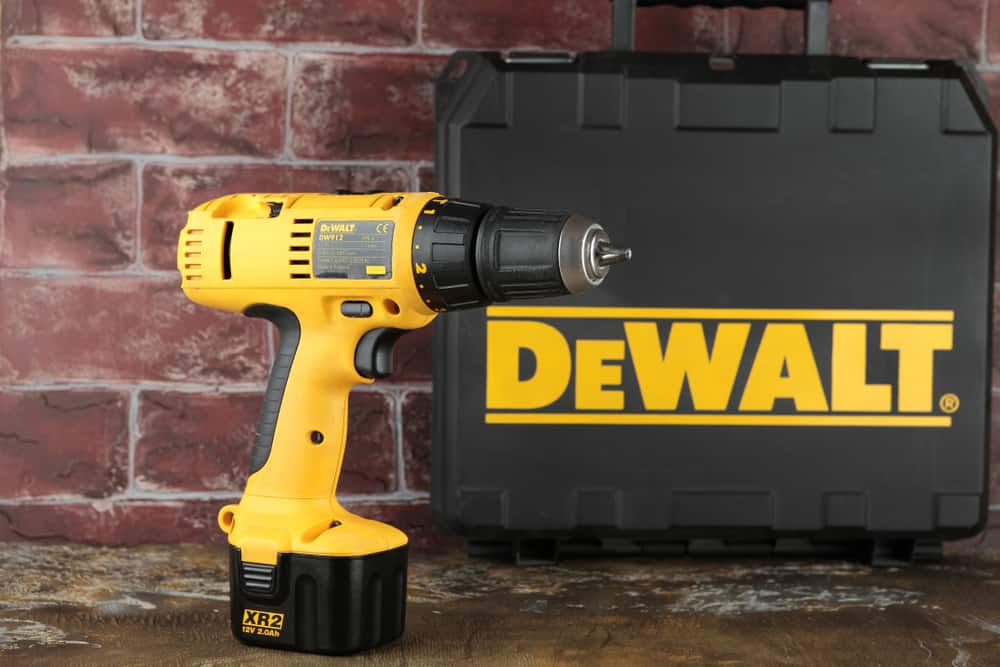 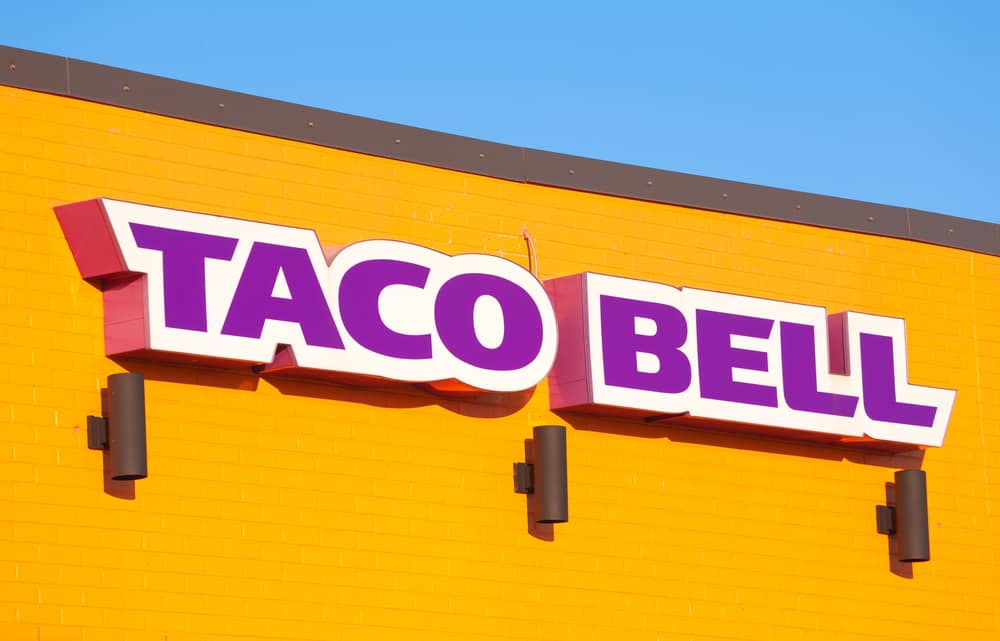 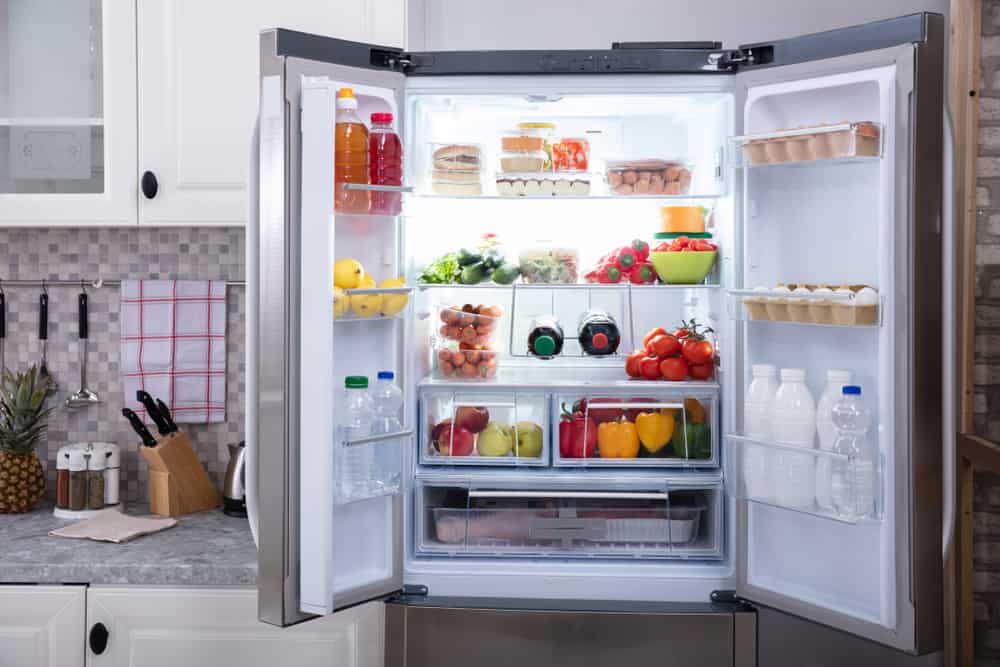 Is Frigidaire A Good Brand? (10 Reasons It Is)