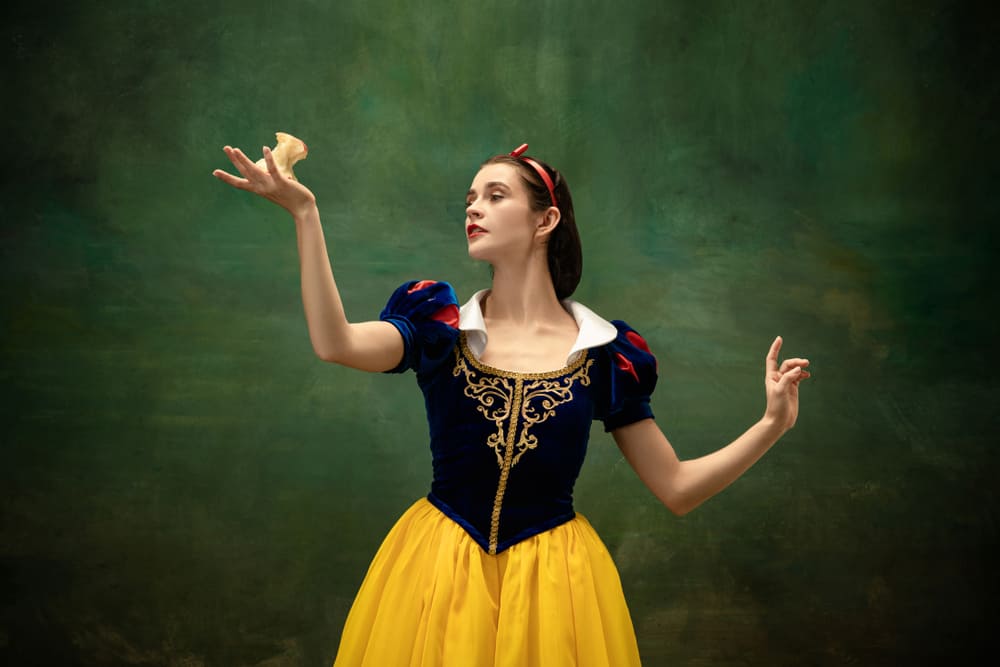 Snow White and the Seven Dwarfs came from a series of stories authored by the Brothers Grimm.

There were various retellings of the story throughout their career, and Disney used various elements from all of them to craft their famous animated film.

One element of the story that some fans face confusion over is the name of Snow White.

Here’s what you need to know about Snow White’s real name and the other differences between the animated film and the original Grimm folktale.

What Is Snow White’s Real Name? 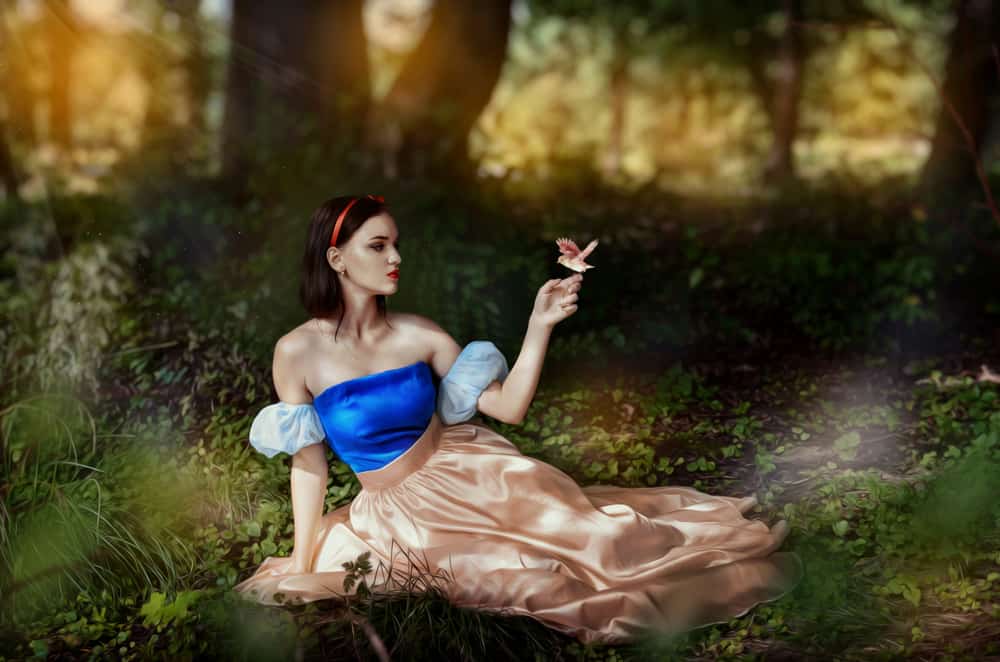 In the original story made by the Brothers Grimm, they describe how the child came to have that name.

They say that the Queen was sewing on a snowy day.

She sat close to a black window frame while she sewed.

After she pricked her finger on the needle, a bit of blood dropped in the snow.

The Queen came to like the contrasting colors of red and white and black.

In the story, she said, “If only I had a child as white as snow with lips as red as blood and hair as black as the wood in this frame.”

Later, she’d give birth to a child.

Although the Brothers Grimm doesn’t give an actual physical description of Snow White, many believe that her skin is as white as snow, her lips are as red as blood, and her hair is as black as the window frame.

That’s certainly the picture Disney went with when designing the character.

Based on her appearance, her parents named her Snow White.

Others suggest her parents named her Snow White because it was snowing when her mother gave birth.

Whichever the reason, her name actually is Snow White.

What Are The Differences Between Disney’s Version Of Snow White And The Brothers Grimm’s Version? 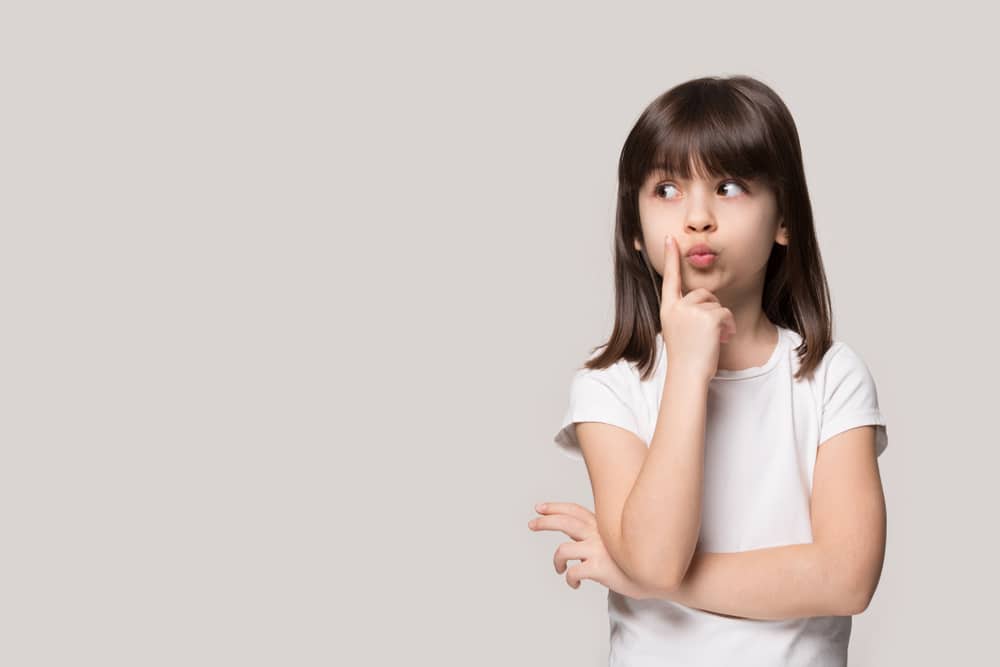 Disney has a reputation for taking the dark tales from the Brothers Grimm and making them a lot more family-friendly.

Even the Brothers Grimm had to edit some of their earlier editions because they scared children.

That said, there are a lot of differences between Disney’s version of the famous fairytale and the original telling of the story.

Here are some major differences between the Grimm fairytale of Snow White and Disney’s version. 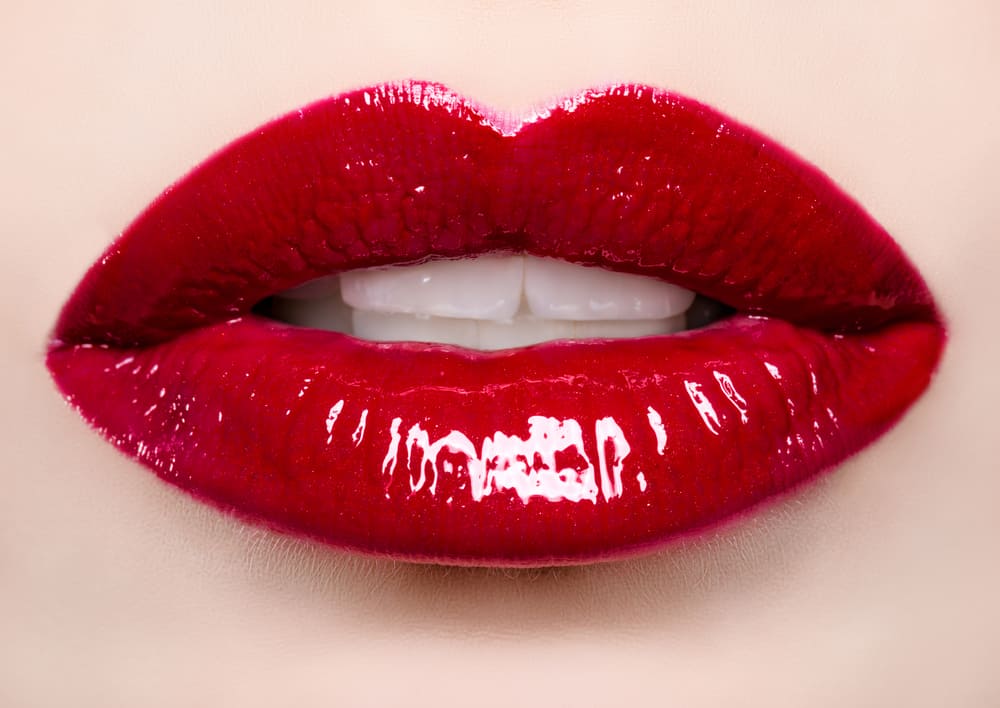 As described earlier, part of the reason Snow White’s parents gave her that name is her mother.

The famous words are pretty dark when comparing the color red to blood, however.

The phrase also came from a different source.

Instead of Snow White’s mother saying the line, it’s the magic mirror in the film that delivers the line.

The magic mirror describes Snow White as, “Lips as red as rose, hair as black as ebony, skin as white as snow.”

Not only did the mirror take the mother’s lines, but it also changed the comparison of red to blood to a rose.

Disney changed the words to make them more specific to Snow White’s appearance.

In the original telling, the phrase paints a general image of what Snow White might look like.

It could be that she was black with white hair, for example.

In Disney’s version, they specifically state through the magic mirror that Snow White’s skin is white as snow and her hair is black as ebony.

While these changes are small, they have a big impact on the characterization of Snow White. 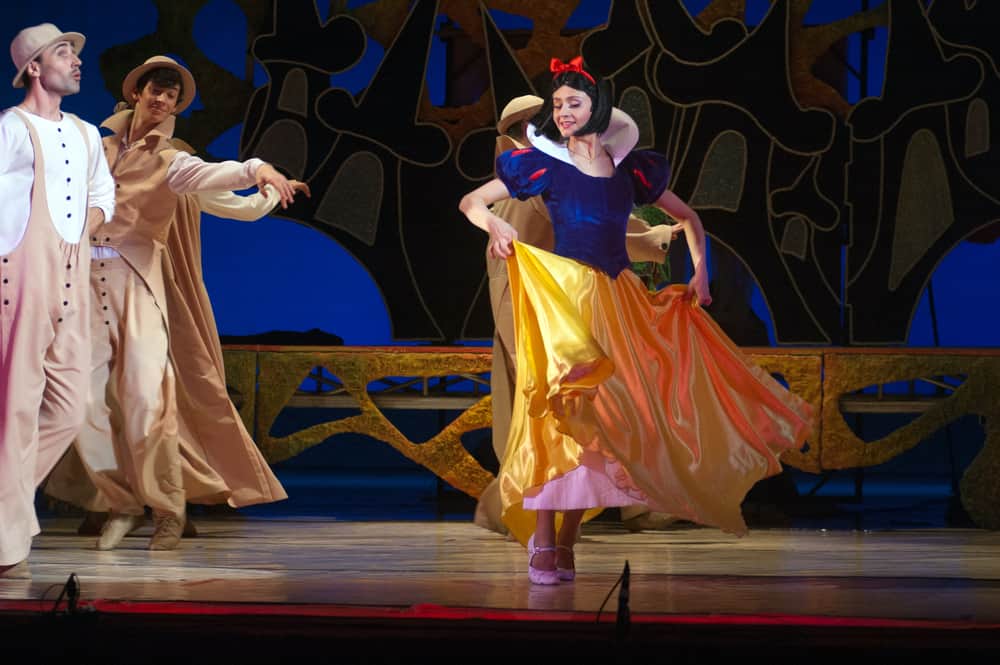 In the Disney film, the movie starts with Snow White practically already on the run from the evil Queen, her stepmother.

Audiences know very little about her background except that the Queen is jealous of Snow White being the fairest in the land.

The original story of the Brothers Grimm had Snow White with parents.

She had a mother and father who were the King and Queen of the country.

Her mother died during childbirth leaving the King widowed and with a new child.

The King eventually remarried, and his new bride was the evil Queen.

This Queen often goes unnamed but some versions of the story, and some retellings, give her the name Grimhilde.

The Brothers Grimm only mention the King once in that he remarried a year after his original wife died.

After that, he isn’t in the story.

Some retellings claim that the evil Queen murdered the King to ensure only she would be the one ruling.

In the Disney version, her parents aren’t mentioned at all.

Snow White is an actual princess in the original story since she’s the daughter of the original King and Queen of the country.

However, Disney seems to imply that she’s only a princess because she marries a prince at the end of the story.

Originally, she was a princess the whole time.

3. The Evil Queen Is An Actual Witch 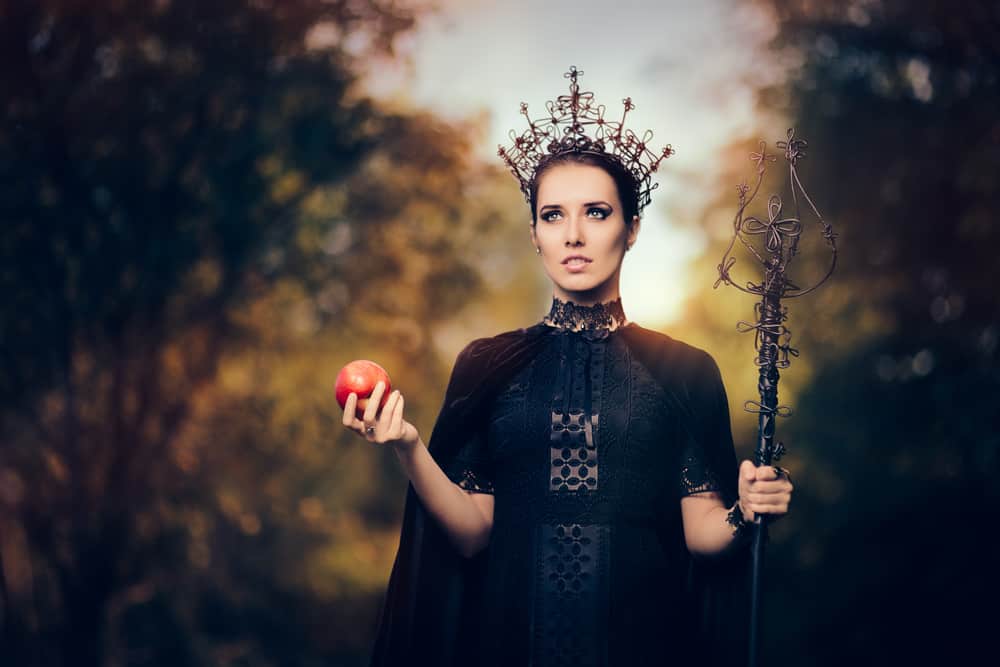 In the Disney movie, the evil Queen goes through a transformation before embracing her dark powers.

It’s often read as though her magic is basic fairy tale evil magic.

In the original story, however, the evil Queen is already a legitimate witch.

The authors describe a few instances of how she uses her powers to manipulate others.

One of the biggest differences is the crone scene.

In the Disney movie, the evil Queen does a spell that turns her into a crone.

That isn’t the case in the original story.

Originally, since the evil Queen is already a witch, she stays beautiful.

In fact, if anything, her witchery keeps her beautiful.

They also state that she actually practices witchcraft.

Considering witchcraft was illegal and punishable by death in the time of the Brothers Grimm, this was a serious sign of evil.

The old crone is absent in the original story because the evil Queen already practices magic.

When she disguises herself to meet Snow White, those are normal disguises. 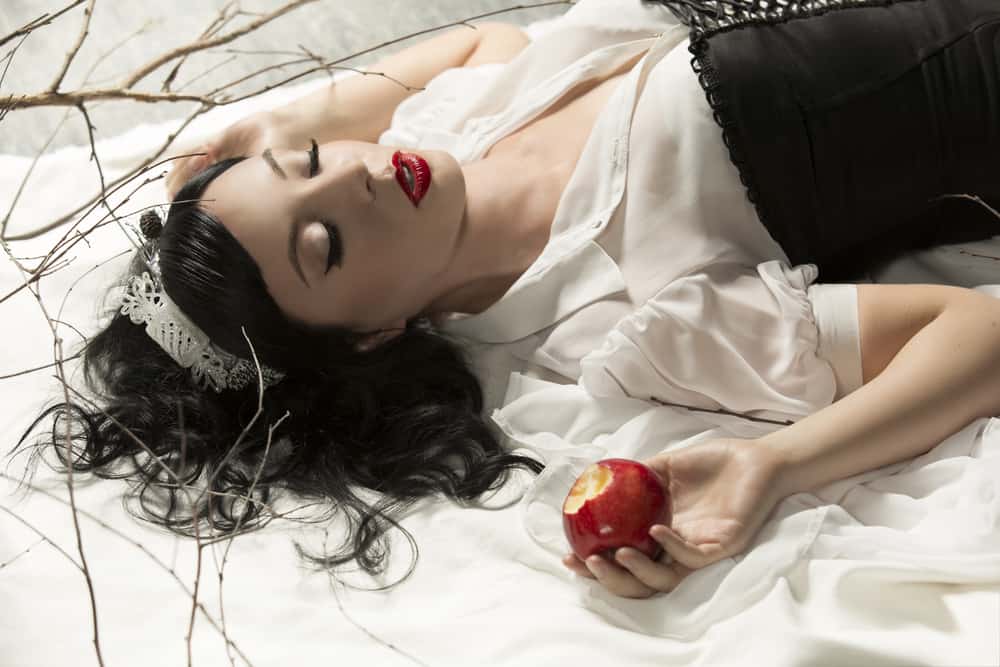 The character of the Huntsman is in both the movie and the original story.

In the Disney film, the evil Queen orders the Huntsman to take Snow White into the forest and kill her.

She also orders the Huntsman to bring back her heart as proof that he killed her.

The Huntsman does so.

He takes Snow White into the forest, but before he can kill her, he’s overcome with guilt.

He lets her go and kills a pig and takes its heart instead.

The evil Queen believes the pig’s heart is Snow White’s.

The original story is a little different.

While the evil Queen tells the Huntsman to kill Snow White, he only feels guilty because of her beauty.

He can’t kill her because she’s too beautiful.

He tells her to run, then he kills a boar.

Also unlike the Disney movie, the evil Queen orders the Huntsman to bring back Snow White’s liver and lungs.

He brings back the liver and lungs of the boar he killed instead.

Like the Disney version, the evil Queen believes that the liver and lungs belong to Snow White.

Asking for her liver and lungs is a bit more gruesome than her heart, which is already gruesome in itself. 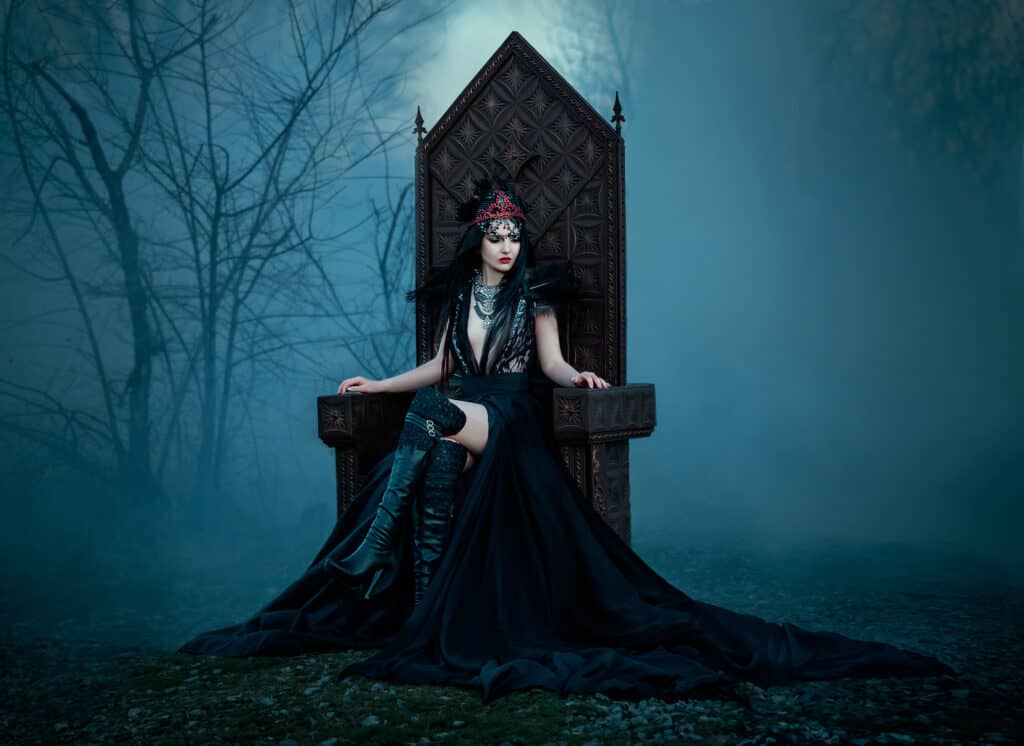 The Disney film never states what the evil Queen does with the heart once the Huntsman gives it to her.

Presumably, she locks it away for safe-keeping, then throws it away when she discovers it’s not Snow White’s heart.

The Brothers Grimm version is a lot darker.

After the Huntsman returns with the lungs and liver of the boar, the evil Queen orders the cook to cook them up for dinner.

She eats them later.

Since the evil Queen believed that the liver and lungs came from Snow White, she’s knowingly and willingly eating her stepdaughter’s organs.

Suffice it to say, Disney thought this was a step too far for their version of the story. 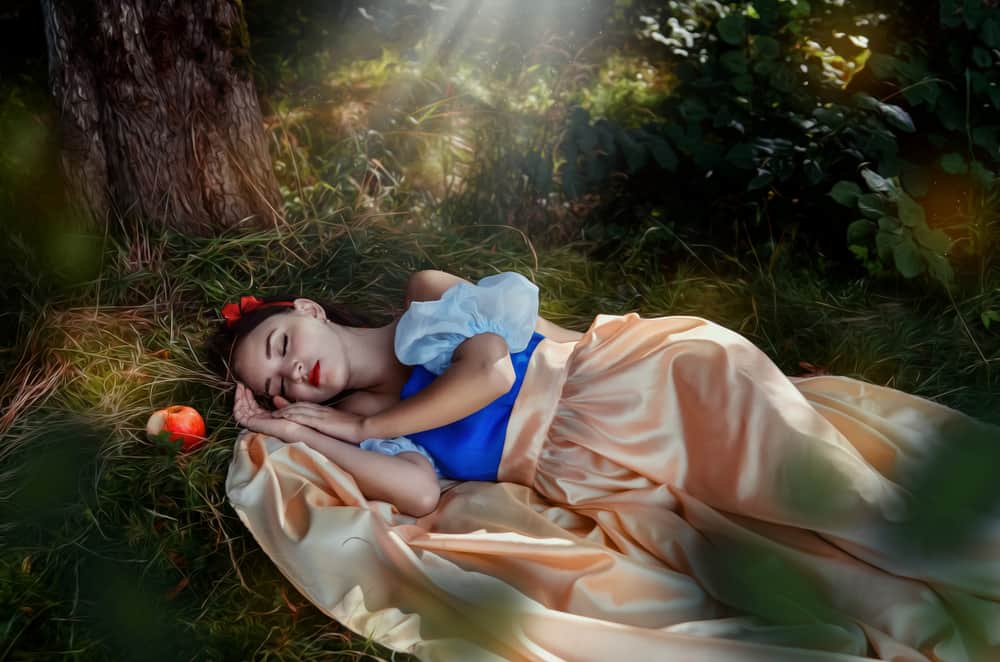 During the Disney film, there’s only one real attempt on Snow White’s life on the behalf of the evil Queen.

The famous scene where the Queen arrives in her crone form and offers Snow White a poisoned apple gets the job done.

In the original story, there were more attempts on her life that prove Snow White was a bit too trusting.

The evil Queen first disguises herself as a peddler selling bodices.

Snow White lets her into the house and tries one of the bodices on.

The bodice has a curse on it.

When Snow White puts it on, the bodice starts to tighten more and more to the point that she can’t breathe.

Before she dies, the dwarfs discover her and cut the laces on the bodice, freeing her.

The incident clearly wasn’t enough to teach Snow White a lesson about strangers because she later lets the evil Queen into her home again.

The next disguise that the evil Queen uses is a commoner with a poisoned comb.

Snow White lets her into her home in which the Queen starts to comb her hair.

The comb poisons Snow White and paralyzes her.

The dwarfs come to the rescue again and remove the comb from her hair before the poison can kill her.

Only later does the Queen disguise herself once more and tempt Snow White with the poisoned apple.

Clearly, there were several attempts on Snow White’s life that Disney chose to skip over.

7. No First Meeting With The Prince 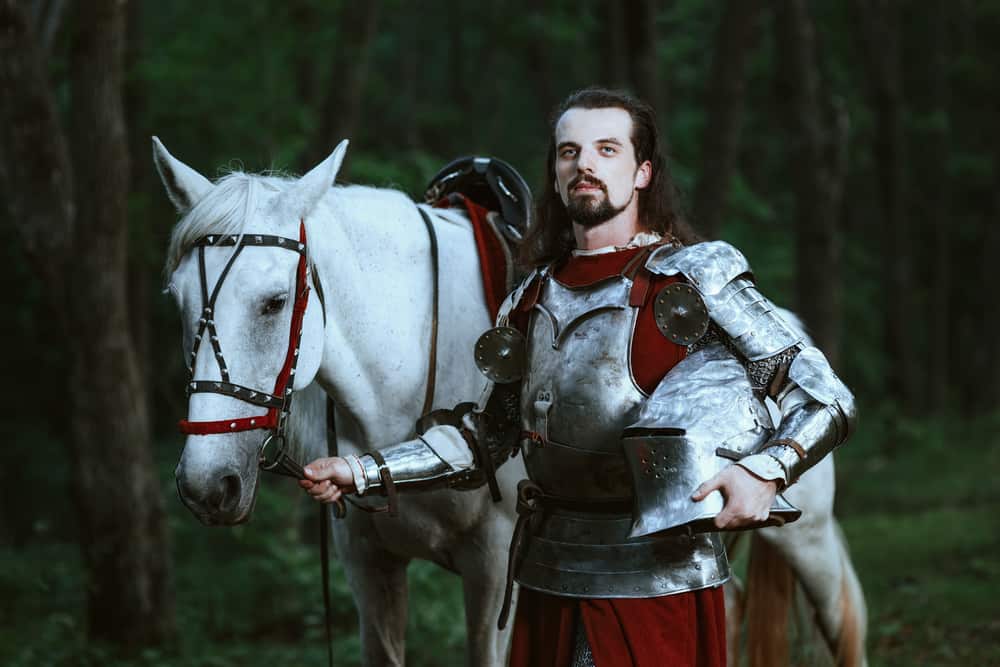 The Disney film gives the prince the chance to meet Snow White before he falls in love with her.

In the movie, he hears her singing and sings with her.

They speak briefly before he departs.

While the interaction is brief, they at least know each other before he gives her True Love’s Kiss.

That isn’t the case in the original story.

The prince doesn’t become aware of Snow White until after she’s already asleep in her glass coffin.

He’s traveling the area and stops at the home of the dwarfs to rest.

They then tell him about Snow White.

He asks to see her, and they take him to her glass coffin.

He’s struck by her beauty and refuses to leave her alone in the forest.

As a result, he orders his men to carry her coffin wherever he goes.

It’s not quite as romantic as the Disney version. 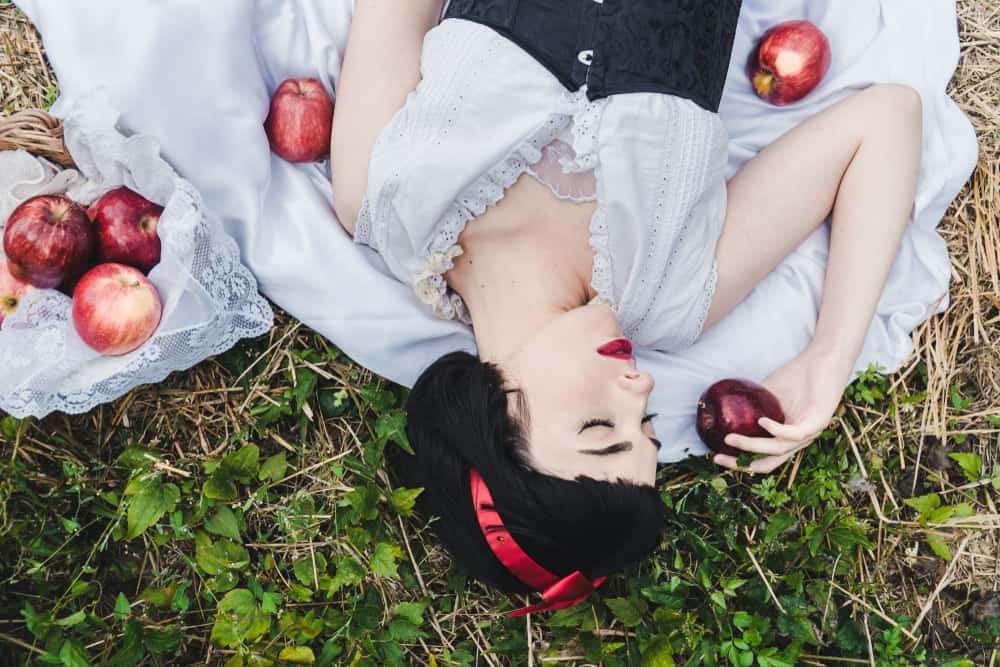 One of the most famous parts of Disney’s film is the kiss.

They introduced a concept that would feature heavily in their future films.

It’s believed that the love between two people is so strong that it can end any evil spell.

She awakens and the two live happily ever after.

That isn’t the case in the original telling.

The prince never kisses her while she’s asleep.

Instead, there are two different versions of how she wakes.

The first describes the prince and his servants walking through the forest.

Eventually, one of his servants drops the coffin.

The jolt forces a piece of the poisoned apple that had been stuck in Snow White’s throat out of it.

She awakens as a result.

The second version is similar except that a servant gets mad at the prince for making him carry the coffin.

He drops the coffin in protest which forces the apple out of her throat and awakens her.

It was not quite as romantic as True Love’s Kiss.

Snow White’s real name is actually Snow White, but it isn’t necessarily based on her appearance as Disney made it to be.

Disney also made other alterations from the original story to make the fairy tale of Snow White a bit more friendly and lighter for modern audiences.

There’s no question that the original tale from the Brothers Grimm is dark and frightening. 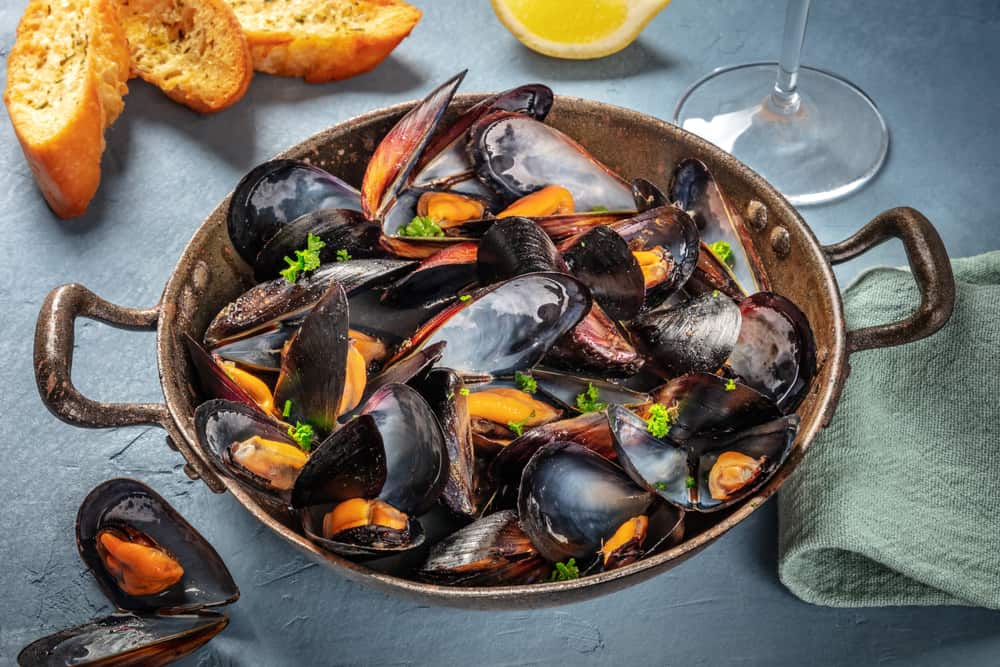 Mussels Vs. Oysters (10 Differences To Know) 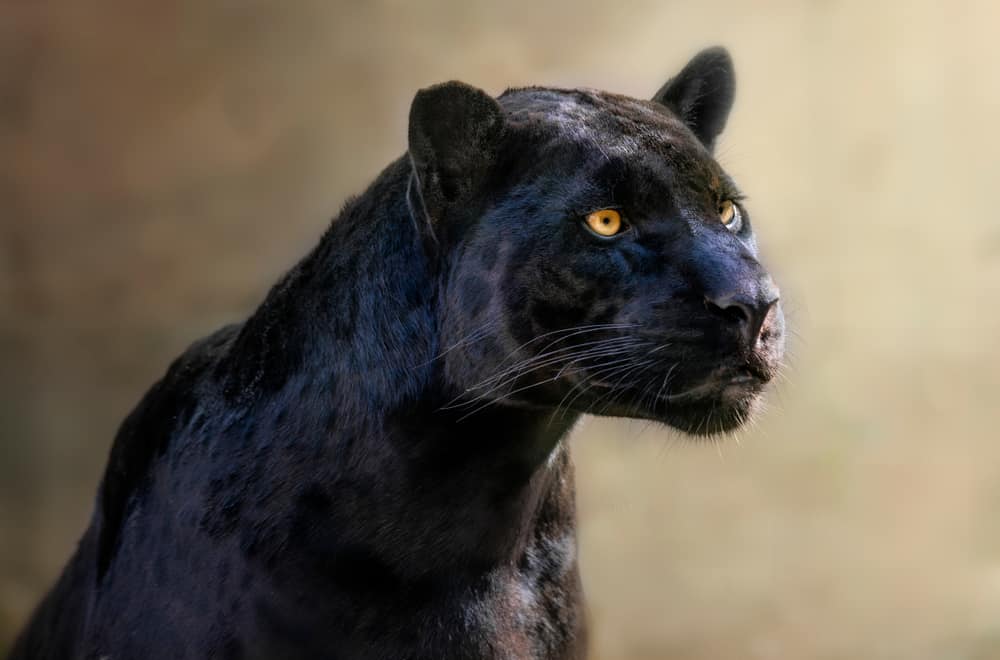 Panther Vs. Jaguar (8 Differences To Know) 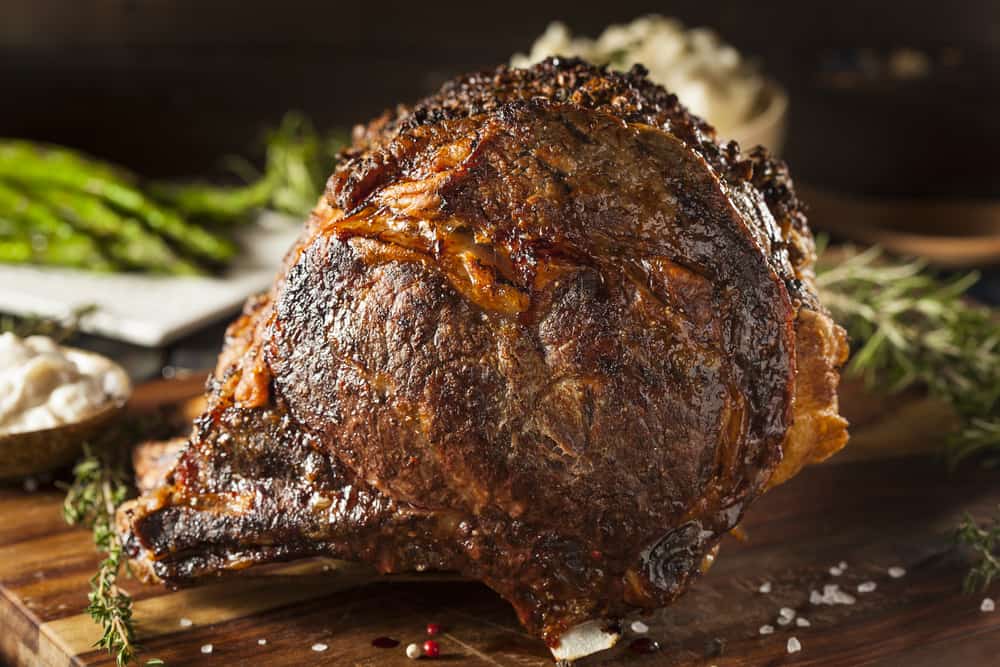