You are here: Home / Cold Hard Facts / What Is A Sponsor Exemption In Golf? (Explained) 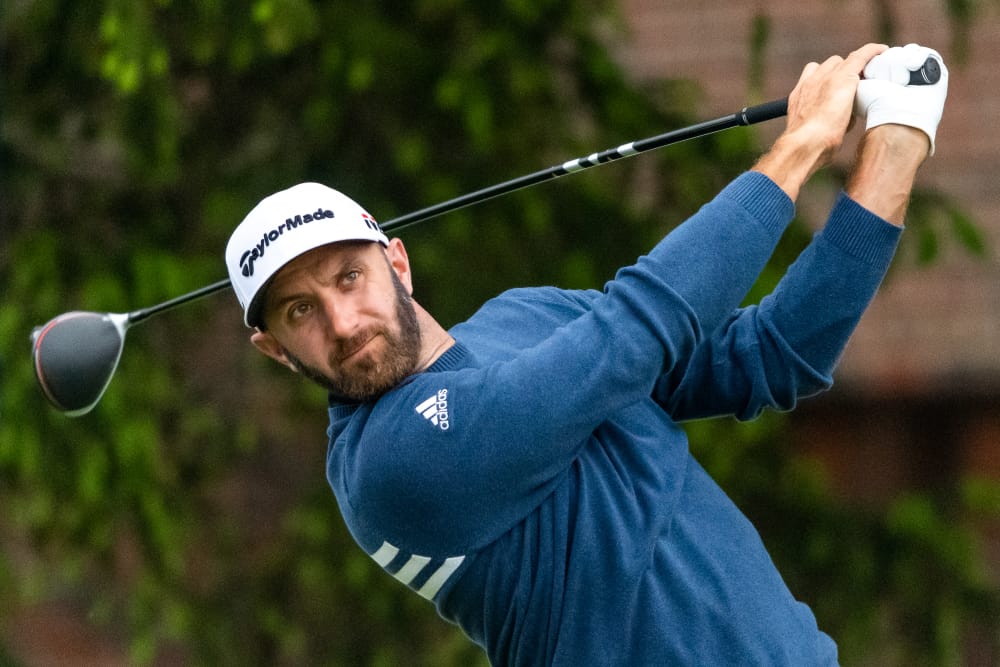 Have you ever thought about how the field is determined for a PGA Tour event?

The term sponsor exemption is often thrown around, especially when an unexpected player is nearing the top of the leaderboard.

Sponsor exemptions sometimes seem a bit complicated, and they can change from one tour to another.

If you are curious as to how this process works and what is required to secure a sponsor exemption, we have you covered.

What Is A Sponsor Exemption In Golf? 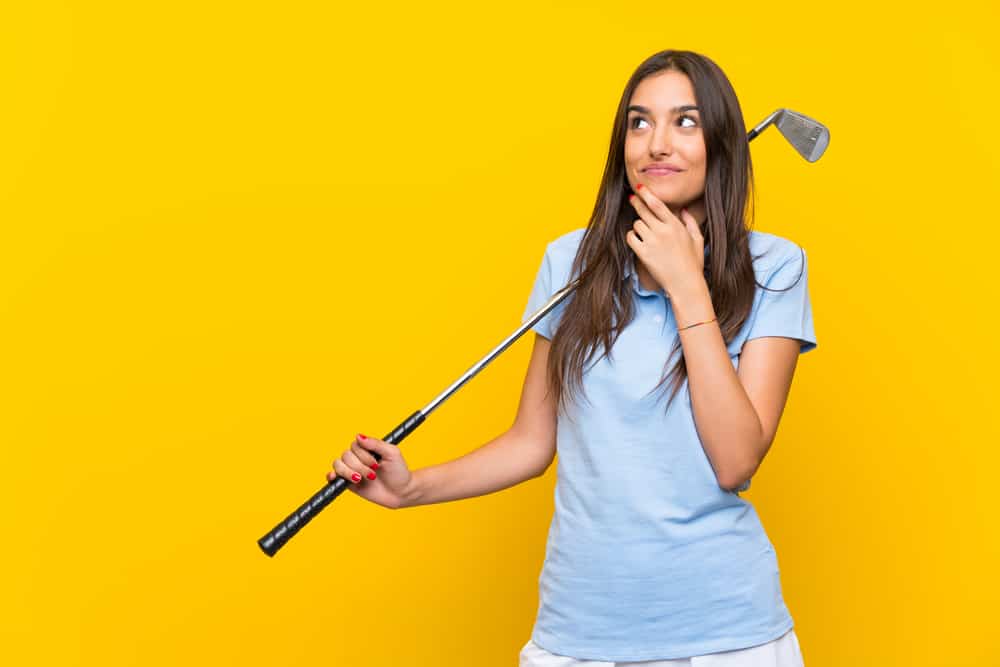 A sponsor exemption in golf is when the sponsor of a golf tournament invites a player into the event without them qualifying for the event.

This is different from a Monday qualifier or a player holding a PGA Tour card.

Often, a sponsor exemption will be used for a player who is up and coming on the tour and doesn’t have the proper credentials yet.

The sponsor exemptions are usually chosen by the tournament administrator, and there are a set number of spots for each tournament that the sponsor can fill with players of their choice.

The sponsor exemption is given for several different reasons.

Why Are Sponsor Exemptions Given? 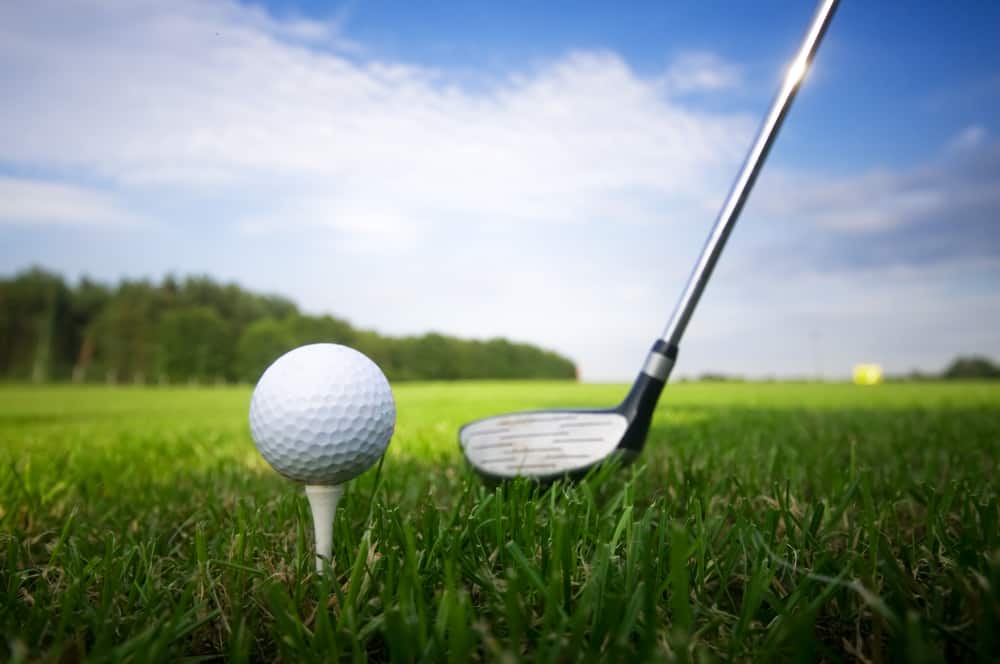 There are no set rules that say who is to get a sponsor exemption.

Each year these exemptions may change, and the people chosen are rarely the same.

The tournament administrator and tournament committee do quite a bit of the decision-making here, and these are some of the things that come into play when making these decisions. 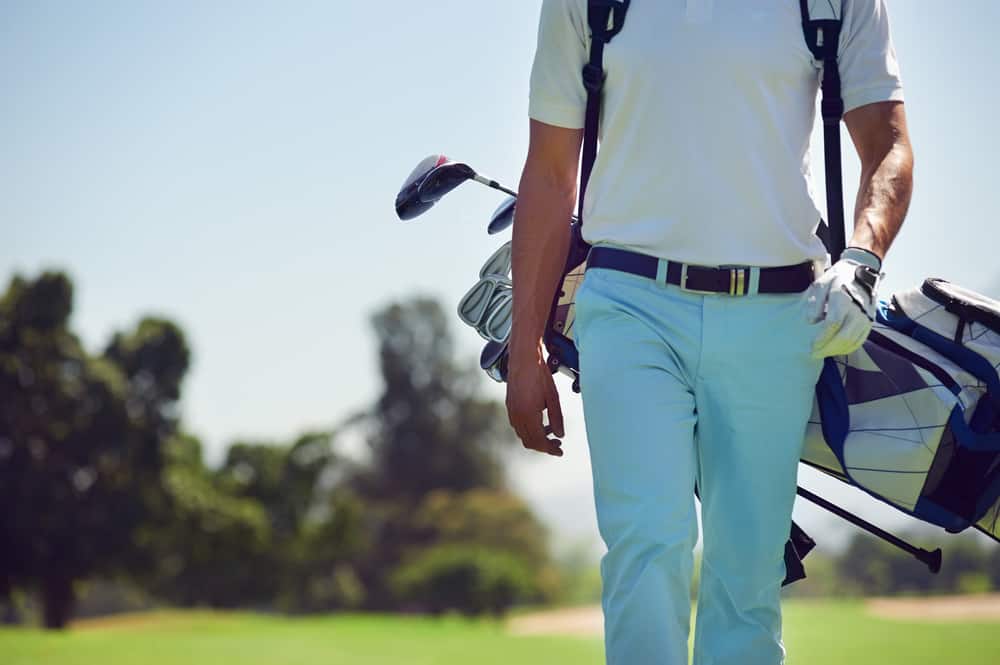 Do you have a local golfer in your area that is considered to be very good but not quite a professional yet?

This player could get a sponsor exemption.

Letting a local player in gives attention to the event, which can be an excellent thing for everyone involved as it makes more people want to attend and support it.

Local residents that are great players typically know quite a few people.

This happens quite a bit with younger players making their way up the ranks.

If the Korn Ferry Tour comes to town, they may let a top junior golfer into the event on a sponsor exemption. 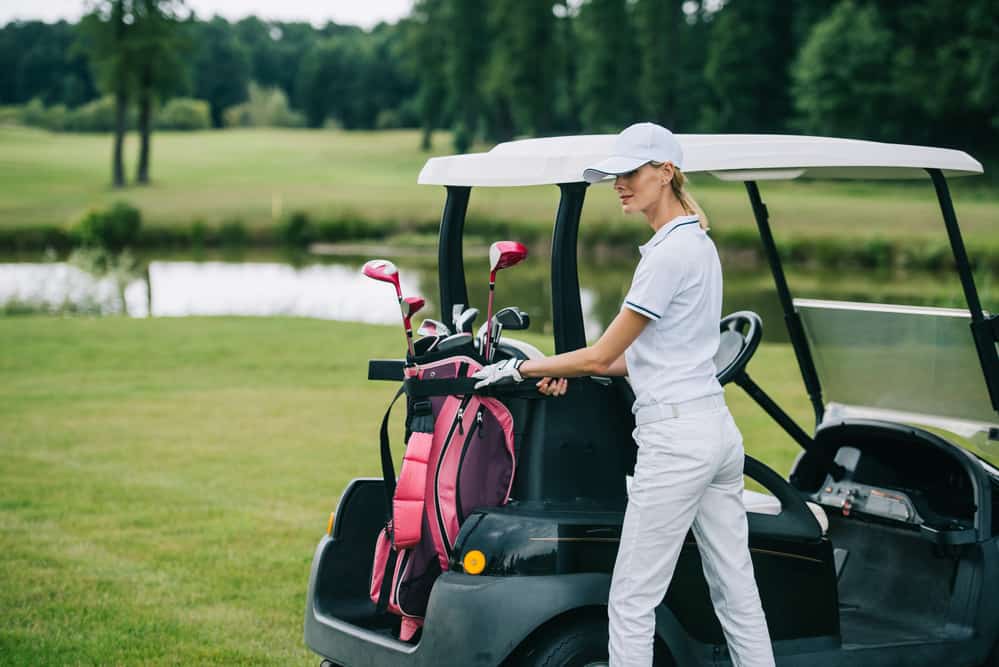 Some golf tournaments are held at private country clubs.

There are times that these private country clubs will have a very notable player that plays at the club every day.

Depending on the level of play this person can sustain and whether or not it would make a great story or fit for the event, they may let them in.

A club member sponsor exemption typically doesn’t make it to the weekend, but it is still certainly an experience that this person will always be able to look back on in a positive light. 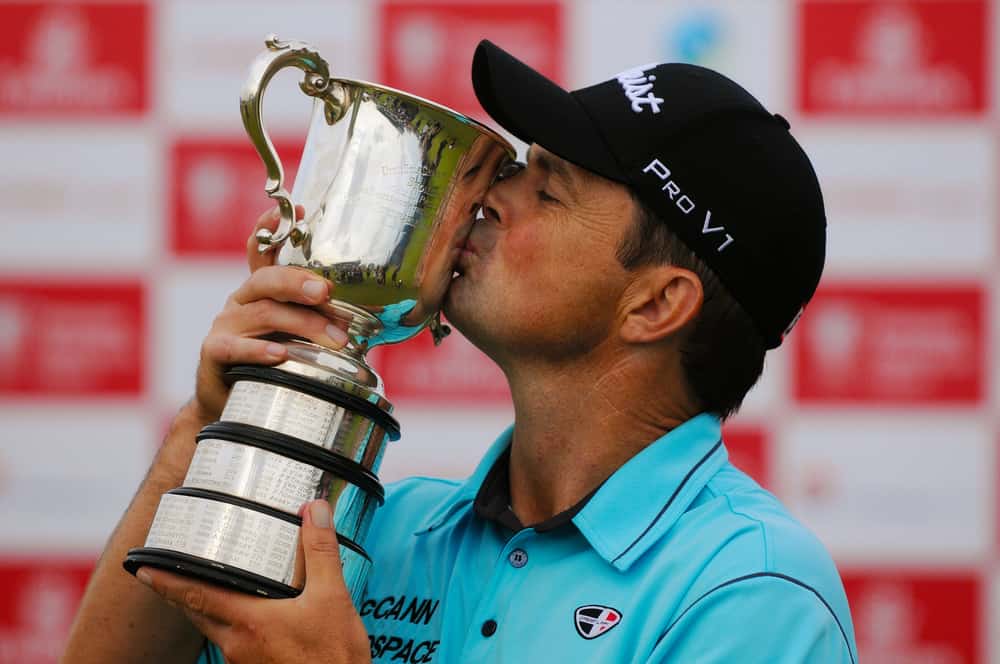 Repeat winners are really popular on the PGA Tour.

Who doesn’t love when a golfer can win an event more than once?

Therefore there are times that a former champion may be invited back as a special guest.

Golfers don’t always make the cut for every event, even if they are still actively playing on the tour.

Therefore if the former champion does not qualify on their own, the tournament administrator may look back and invite them to play in the event.

Most golfers assume that if they are the former champion of an event, they are almost always invited back.

If the player is less popular or doesn’t have a great attitude, you may not see this happen, but for the most part, it is customary. 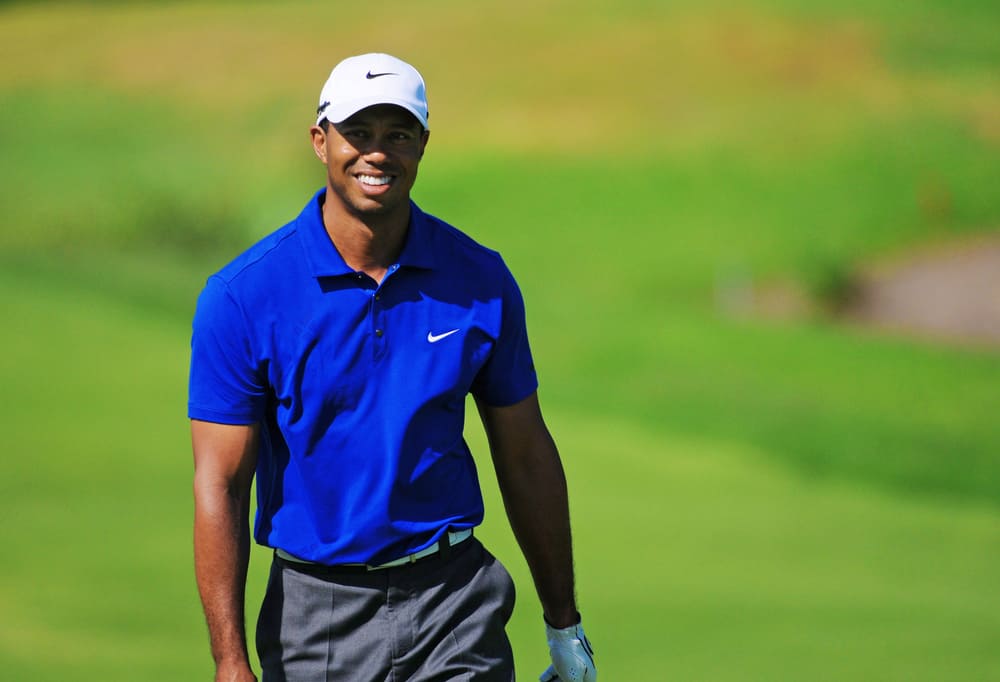 Professional golfers all have a story, and sometimes these stories have ups and downs.

Golfers that were at one point very well known on tour don’t always maintain their status and continue to compete.

Take a look at Tiger Woods, for example.

He went through some rough times, not just with his game but with his health as well.

At any time, a sponsor would easily give him a sponsor exemption because of the crowds and attention his playing in the event would bring.

There is no debating the fact that Tiger Woods is likely the most famous golfer of all time.

Smaller tournaments that have a chance to get Tiger to play will do anything they can to bring him on board and ensure he is happy playing in the event.

As great as Tiger is, he is not the only star that has had trouble through the years and needed a sponsor exemption to get into a tournament or two.

Sometimes when you see a classic player on a list and wonder where their name came from, it could be that they had a sponsor exemption into the event. 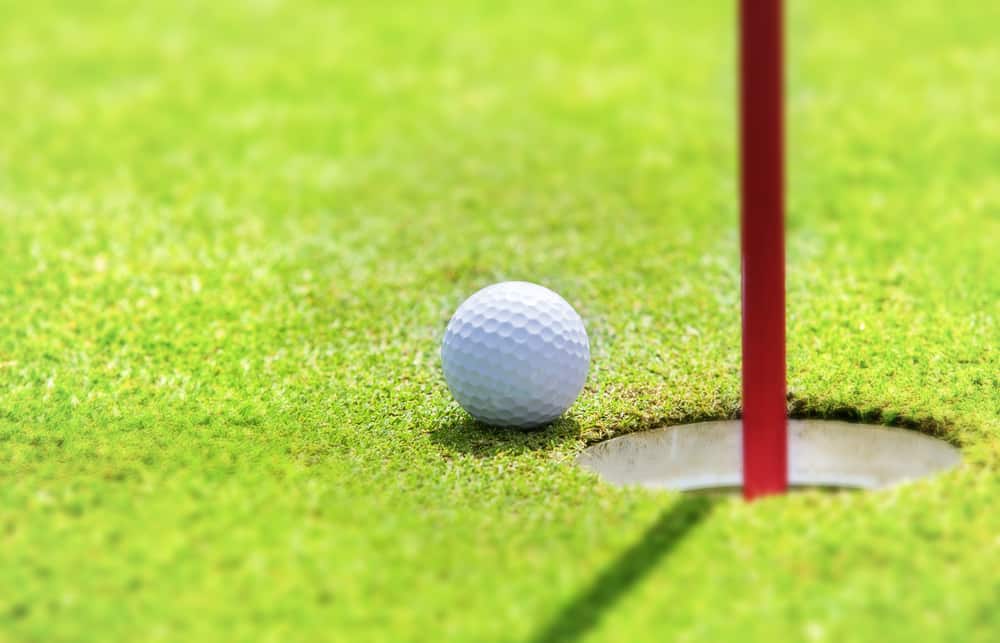 You have likely noticed that many golf tournaments are sponsored by a large company.

These companies will come in and host tournaments, but they may also sponsor professional golfers on the PGA Tour.

If a player is sponsored by the company hosting an event, and they don’t make it into the event, they may get a sponsor exemption.

Sponsor exemptions can bring a lot of pressure on golfers like this as they are typically not given such opportunities too many times.

This is a chance to shine and to show the golfing public what you are capable of.

When people talk about getting their chance on tour, a sponsor exemption is very likely the time to shine.

Are Sponsor Exemptions Hard To Get? 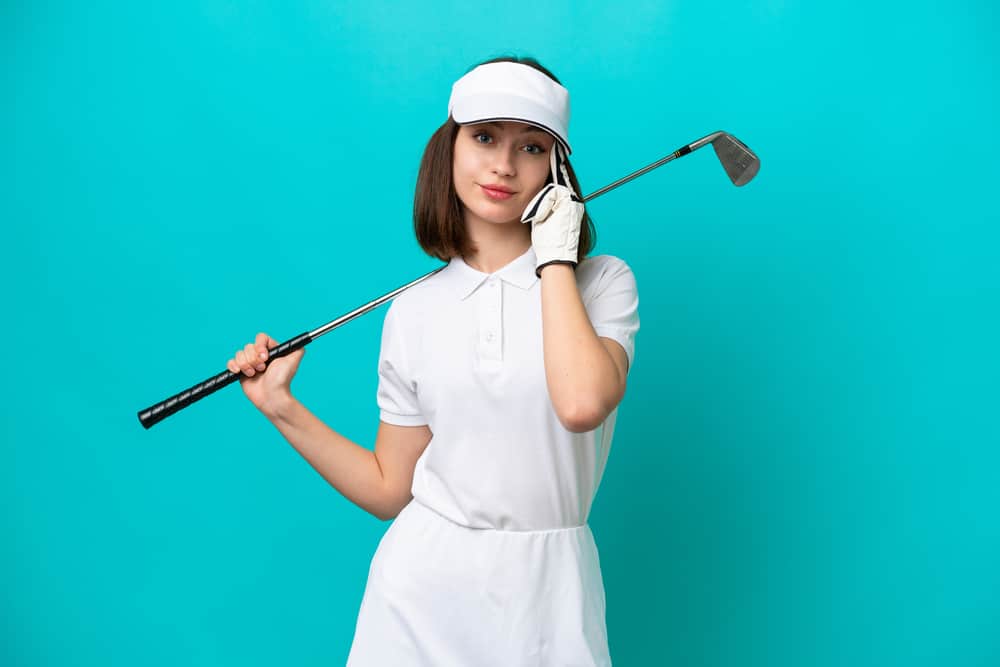 If you think that it’s too hard to make it on the PGA Tour, so you will just get a sponsor exemption to play in an event, think again.

Sponsor exemptions are hard to get, and they take quite a bit of time and dedication to the sport of golf.

Most of the time up and coming players have to work really hard to get their name out there and move up the rankings.

If you are new to the game and have a local PGA Tour event coming to town, don’t expect a sponsor exemption.

Instead, you will be better off taking your time to work on your game and move up the ranks to make it on the PGA Tour.

Although a sponsor exemption is a great chance to play in an event, it is not typically the way that golfers make it on the PGA Tour.

The most common way is to work up the ranks of the Korn Ferry Tour.

Do Major Championships Have Sponsor Exemptions? 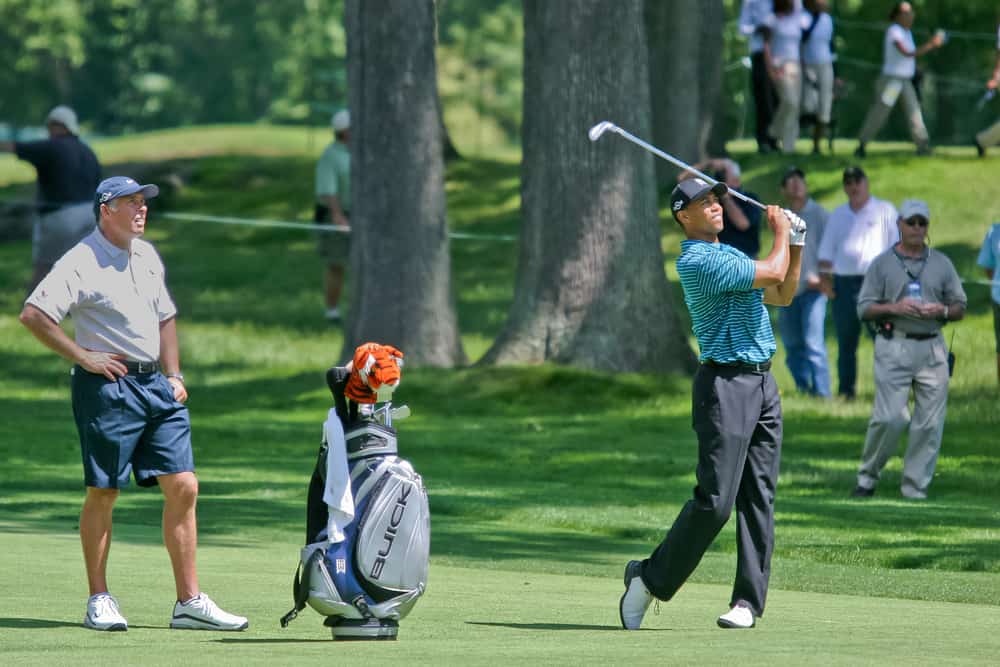 The major championships in golf do not have sponsor exemptions as they are not sponsored by a company.

These four events do not have names like Wells Fargo or John Deere preceding the title of the event.

This means they don’t even have any sponsors and, therefore, no sponsor exemptions.

There are, however, other ways that the majors use to let golfers into the events.

These ways typically require winning a previous tournament or maybe even winning the US Amateur.

There is no easy way to make it to a Masters or a US Open, and that is one of the primary reasons there are no true sponsor exemptions available for something that is a bit more grand scale like this.

Does The Korn Ferry Tour Have Sponsor Exemptions? 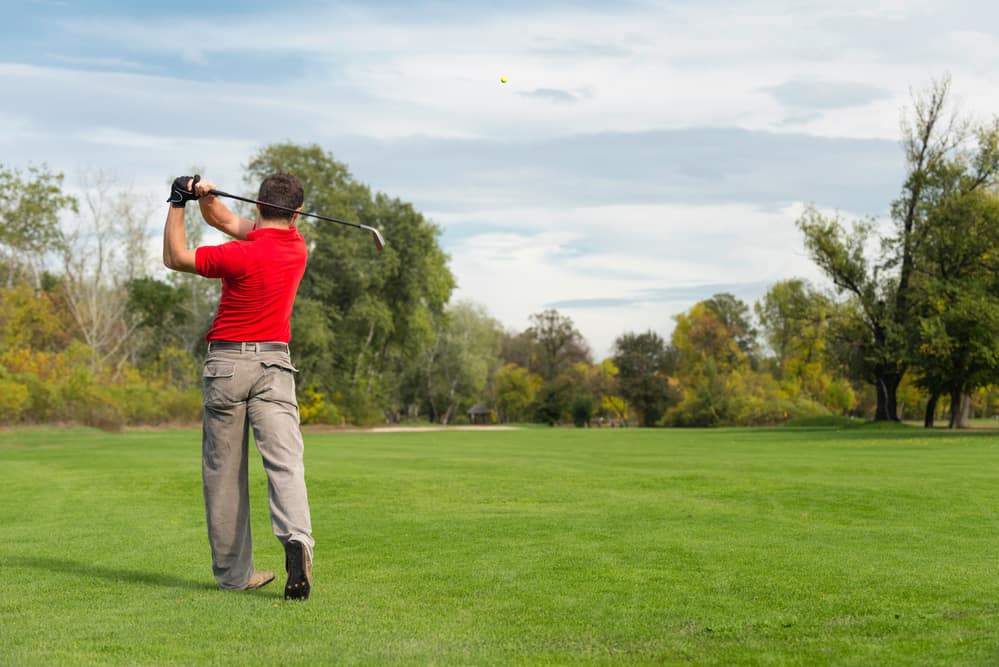 The Korn Ferry Tour has sponsor exemptions, and they use them each week to let qualified amateurs or aspiring professionals into a tournament.

Although the Korn Ferry Tour is not the same as the PGA Tour, these events are still highly competitive and allow for some fierce competition.

The sponsor exemptions on the Korn Ferry Tour are typically given to players for the same reasons they are given to PGA Tour players.

In the end, the Korn Ferry Tour is producing players that will end up on the PGA Tour, and because of that, they are careful in who they let into an event.

One exciting thing that happened this year in golf is a special US Open exemption for a Korn Ferry Tour player.

Korn Ferry Tour players accumulate points based on their performance.

Starting in 2023, the person with the highest amount of points will automatically earn a spot in the US Open.

This is to show the Korn Ferry Tour that they are doing a great job as a feeder tour and to get things even more exciting on that tour.

Many of the great players that you watch week in and week out on the PGA Tour started on the Korn Ferry Tour.

How Can Golfers Get Exemptions? 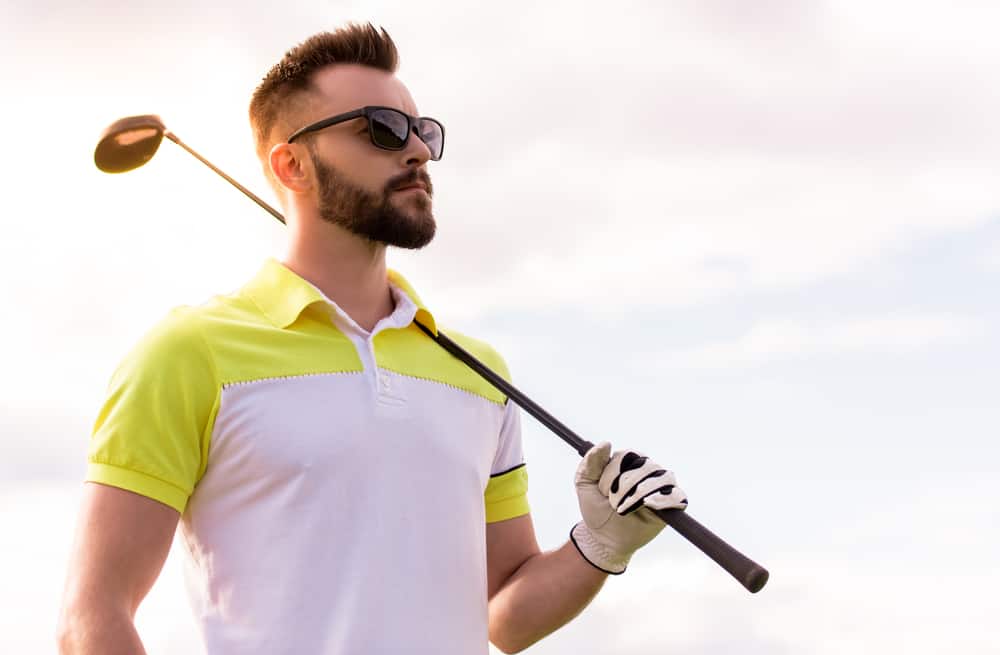 Sponsor exemptions are hard to get, and for the most part, they are based on luck.

Most players try to earn exemptions by playing great golf.

For instance, if you win a tournament on the PGA Tour, you will get some extra perks aside from that million-dollar check.

Let’s take a deeper look into the PGA Championship, a very important tournament held each year.

This is a major championship that is quite special to win.

When you win this event, some of the exemptions include guaranteed membership to the PGA Tour for the next five years.

This is a great thing for players who are struggling to keep their tour card active and do not want to have to go back through qualifying school.

In addition, the player will get an invitation to the Masters, US Open, and Open Championship for the next five years.

Getting a chance to compete in the majors for a guaranteed five years is a huge benefit.

The player also gets guaranteed membership on the European Tour for seven years.

If you want to play overseas for a while, this is a great way to do so.

Lastly, the player gets the ability to participate in the PGA Championship for the rest of their life.

As amateur players, we look at the money winnings and think that this is the best part of the event, but there is so much more to it than that.

As you can see, sponsor exemptions are really important for players that are trying to earn their spot on tour.

It’s also fun for golfers to be able to watch players that are new to the world of professional golf.

In addition, many sponsors are happy to get to choose someone to invite to their event.

Of course, the number of sponsor exemptions needs to be fair to make the event a great competition for the ones that have earned their spot, but this has not become a problem in the past. 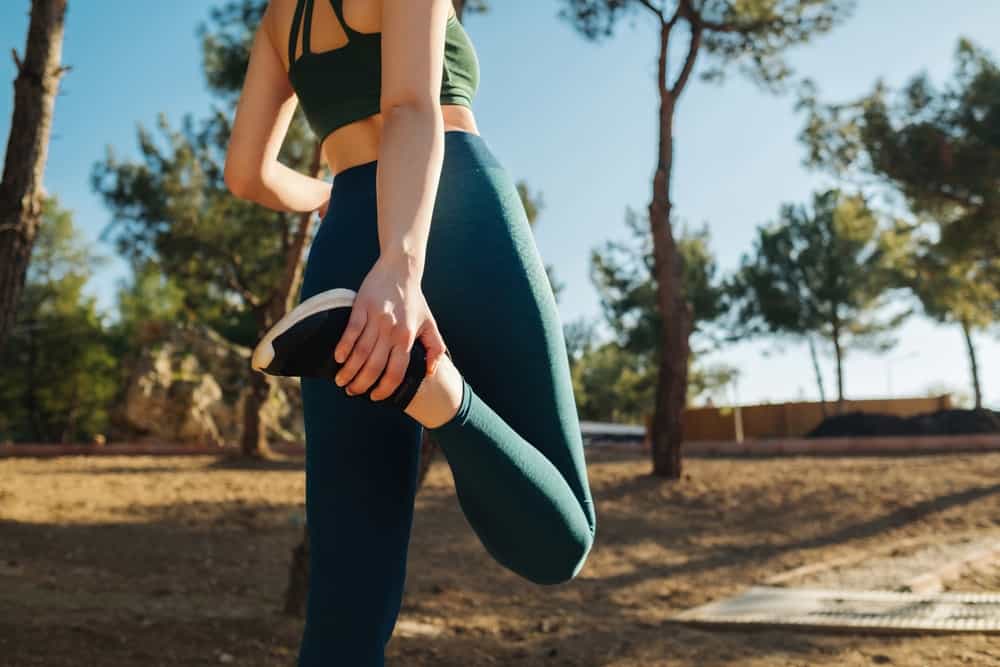 Can You Wear Leggings To Golf? (Explained) 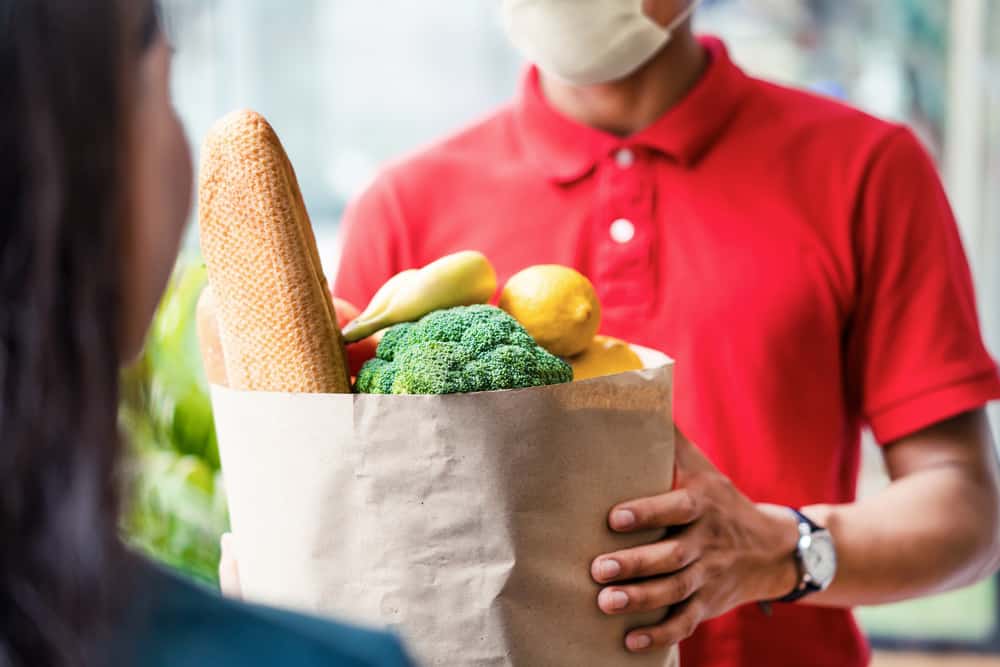 How Much To Tip Grocery Delivery? (2022 Updated) 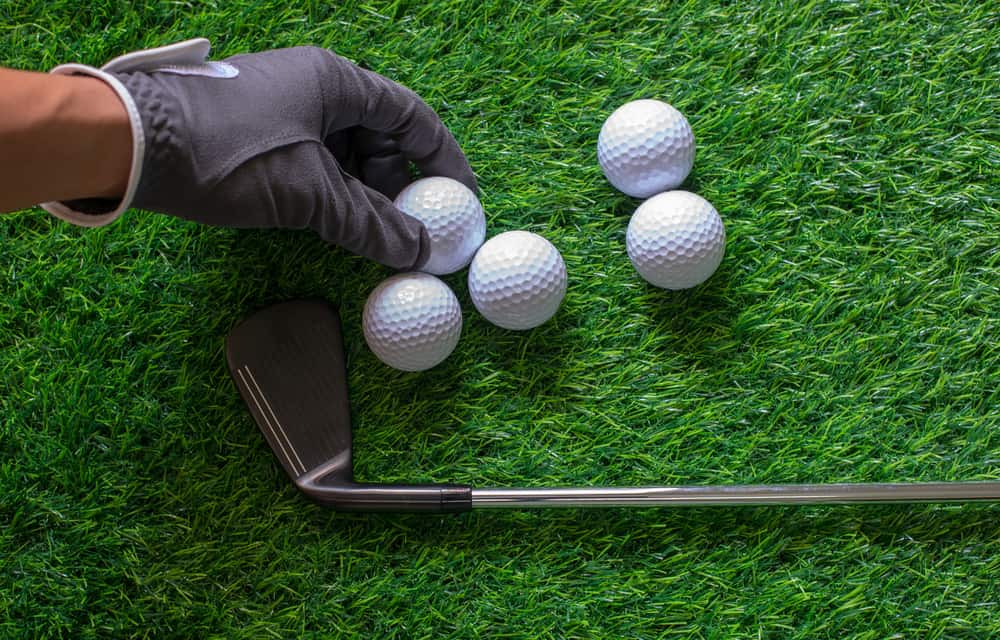 What Golf Ball Should I Use? (How To Choose)

What Is A Sponsor Exemption In Golf? (Explained)