You are here: Home / The Cold Spotlight / What Is A Balk? (Explained) 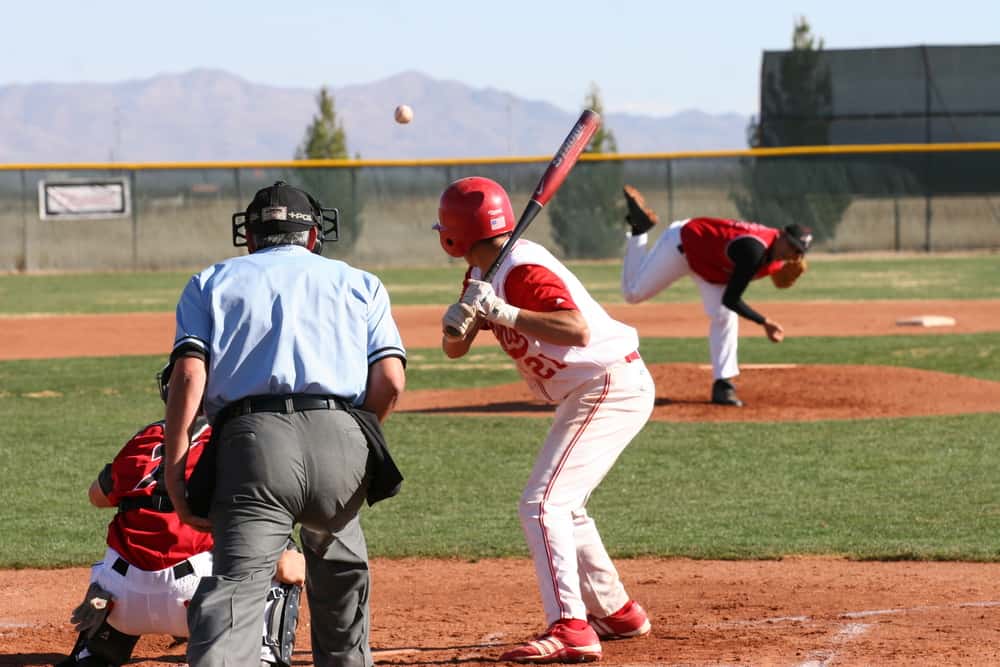 A common term you’ll hear tossed around in baseball is a balk.

The term certainly sounds strange, and it’s not always clear how it relates to baseball.

However, a balk can play an important role in determining which team wins the game.

Knowing what a balk means in baseball can help you better understand what’s going on in the game.

What Is A Balk? 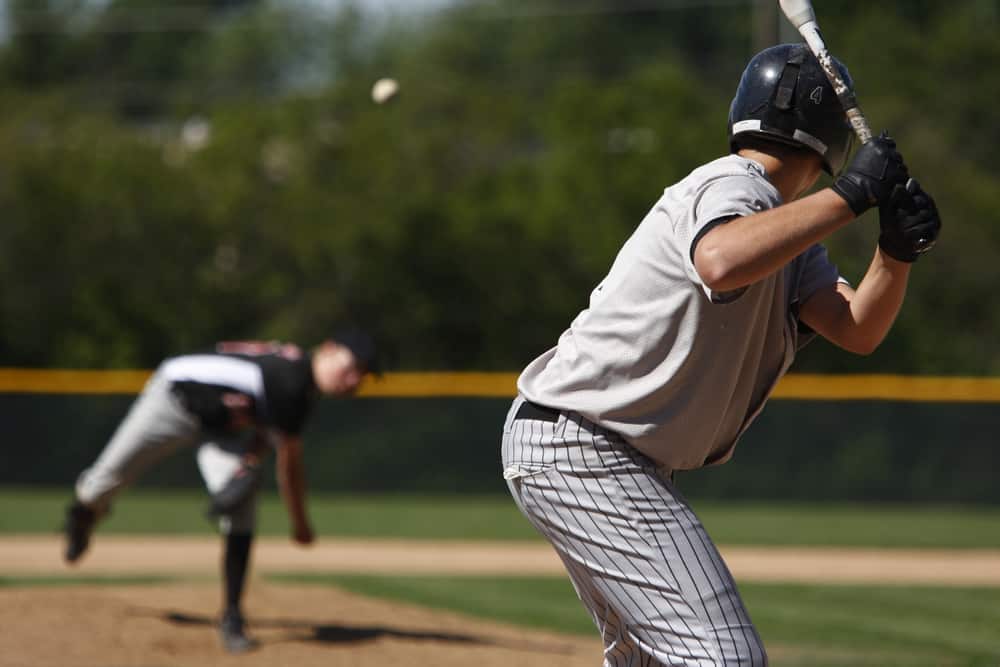 A balk occurs when a pitcher flinches or attempts to fake a throw after coming to the set position.

It’s a rule that exists to keep the pitcher from faking out the hitter.

There’s a precise procedure that the pitcher has to follow before throwing the ball.

He and the catcher determine what play to make.

Then the pitcher comes to the set position.

The set position is when the pitcher comes to a full stop and has his hands together.

This is essentially his sign that he is ready and about to pitch the ball.

At this point, the pitcher has to throw the ball completely.

He cannot pretend to throw the ball to make the hitter swing and strike.

It protects the hitter from foul play.

If a pitcher does commit a balk, they’re punished for it.

Why Does The Balk Rule Exist? 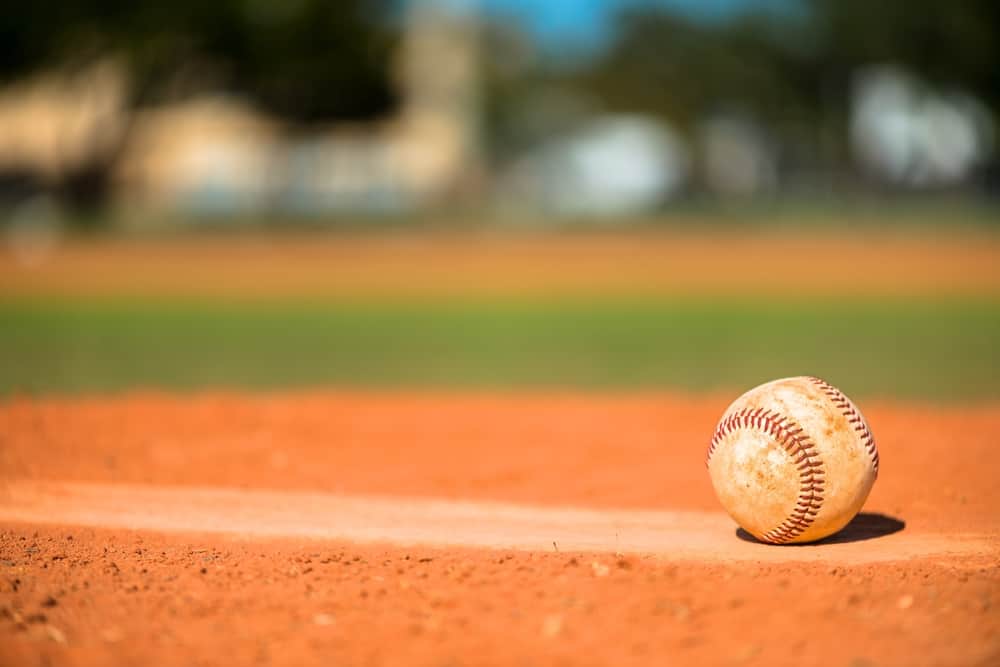 To a passive fan or a stranger to baseball, you may wonder why the balk rule exists.

If a pitcher flinches, you may not see what the big deal is.

However, there are a few problems that can occur when a pitcher balks that can impact the flow of the game.

Here are a few reasons why the balk rule exists. 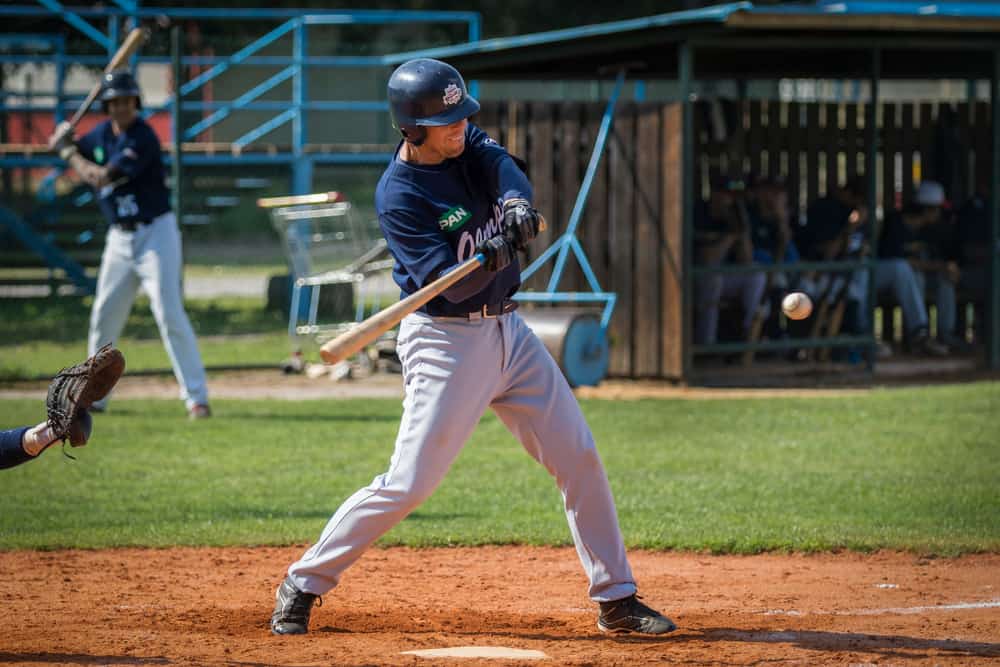 Before the balk rule, some pitchers would attempt to fake a throw or throw a ball before the hitter was ready to undermine them.

The hitter’s reaction would be to swing at the ball that’s suddenly coming at them.

Since they were swinging wildly, there was a good chance that they’d miss and earn a strike.

There were also situations where the pitcher didn’t throw the ball at all. T

hey made a big deal about throwing it but faked the throw.

Once more, the hitter would have to react suddenly and would swing except they’d hit nothing because nothing was actually thrown.

That’d also earn them a strike.

Pitchers could do this often to trick the batters and get them out faster.

That’s why the balk rule was quickly added to the game rules of baseball.

The organization implemented it in 1898, and it has been an important rule that umpires have governed since.

They also updated the rules in 2013 to penalize balks acting as pickoff throws.

Balk essentially helps protect hitters from making a mistake because they were tricked. 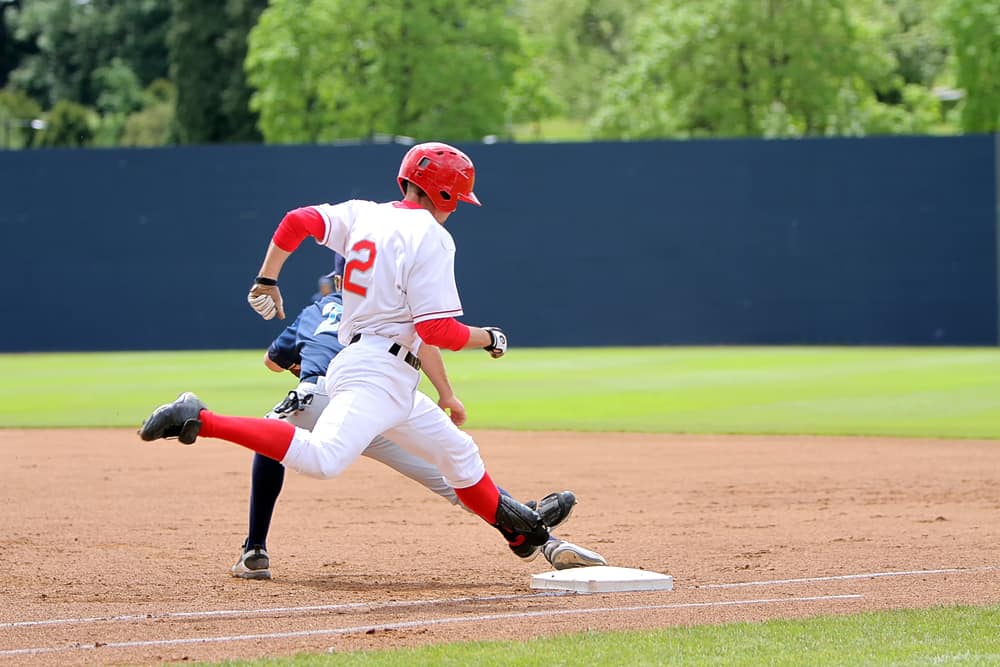 It isn’t just the hitter that a balk could impact either.

While pitchers used to focus on whoever was at bat, they could also use a balk to trick those whoever was on the base.

By faking a pitch, for example, they could encourage a runner to run for the next base.

When the runner ran, the pitcher could quickly throw the ball to the baseman to tag them out.

The runner, in this case, would likely get out since he’d find himself between two basemen who could easily throw the ball between themselves.

This was another way that the pitcher could slightly cheat to give the fielding team the advantage.

With the rule in place, pitchers aren’t able to fake a throw anymore to try to make the runner run.

There are still opportunities for pitchers to throw a ball to stop someone from stealing a base, but they’re not the ones initiating the attempt to steal any longer.

Without the balk rule in place, it caused runners to be a bit more conservative on the bases.

They were more worried that the pitcher might be fooling them and thus only move when someone hit the ball.

However, that made for pretty boring gameplay.

That makes for a more entertaining game. 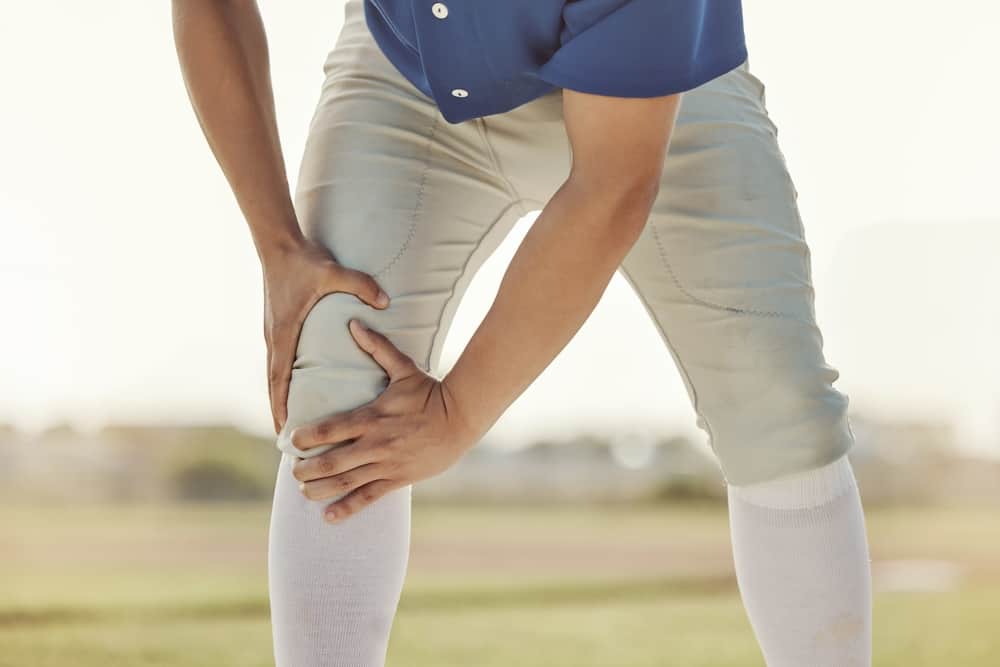 Perhaps another important reason why they decided to implement the balk rule is that it reduced injuries.

The problem with balks is that they increased the chance of the hitter becoming injured.

That’s because the panic of suddenly needing to swing the bat caused by a fake pitch from the pitcher could make them swing without the proper form.

That might result in spinal injuries or even leg or arm injuries.

There were also chances that the pitcher might attempt to balk but accidentally release the ball instead.

Since they weren’t focusing on the ball’s path, there’s a higher chance that it might hit the player.

That could injure them, too.

For runners, it could cause them to trip when they suddenly realize that the pitcher played them.

They may try to come to a sudden stop and reverse their course, but the sudden stop of inertia could make them trip and fall.

Eliminating balks made the game a bit safer to play.

What Happens When A Pitcher Balks? 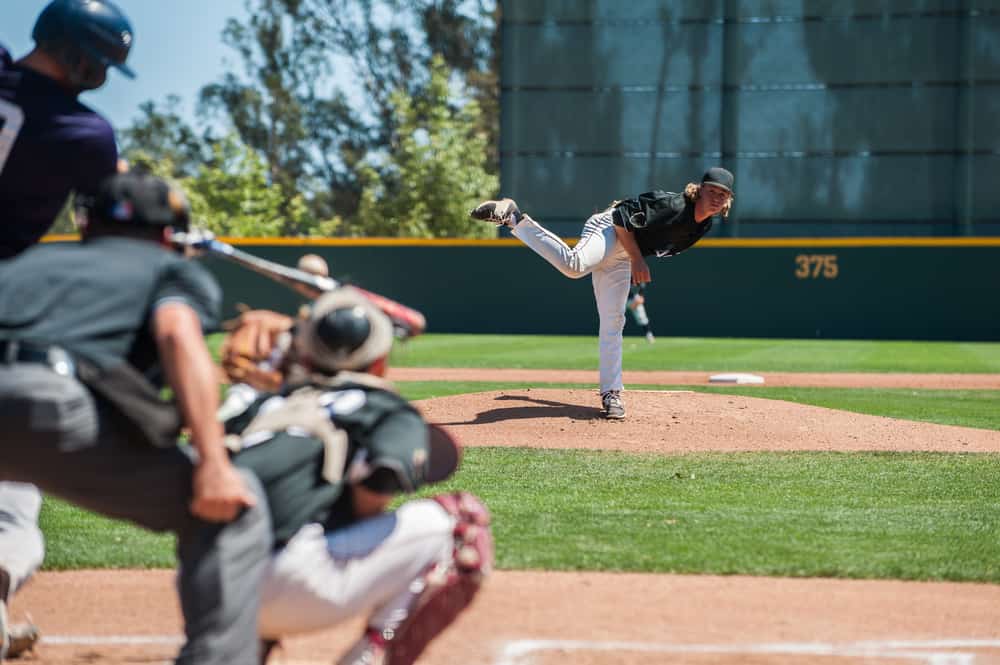 If a balk has occurred, you may wonder what happens next.

You’ll notice that after the umpire calls a balk, all the runners move up a base.

That’s the penalty for performing a balk.

It’s an expensive mistake to make since it also means that if any of the runners are on third base, they’ll automatically score a point on home plate.

As such, a balk can seriously change the outcome of a game if the score is tight.

It’s also not uncommon for batters to try to hit the ball when an umpire calls a balk.

That’s because, since they called a balk, the runners automatically move up a plate anyway.

It doesn’t matter if they hit or miss.

However, if they do manage to hit, the game also takes into account the ball’s movement.

As such, it’s possible that a batter might end up with a double or triple and bring even more players home.

What Are Examples Of A Balk? 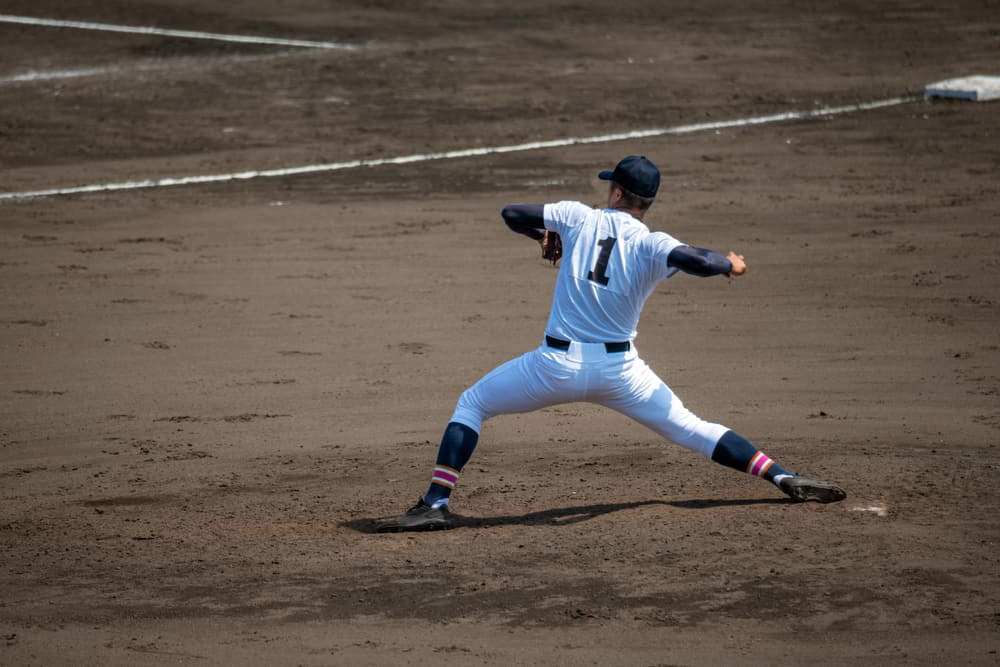 If you’re a pitcher trying to avoid a balk or you’re a fan trying to recognize one, it helps to know what constitutes a balk.

Here are some common examples of how pitchers might cause a balk.

One of the most common calls the umpire will make is when a pitcher flinches.

This occurs after they’ve already come to set or gone into the wind-up.

If they flinch, they’ve committed a balk.

After a pitcher has come to set, he might move suddenly or slowly.

Any type of movement constitutes a balk.

Some pitchers might move because they believe they know the play the catcher is signaling.

Through a lapse of control, they might move and commit a balk.

Perhaps one of the most common ways a pitcher will balk is when he’s trying to pick off a runner.

That’s because pick-off rules are a bit complex.

Essentially, a pitcher has to move a certain foot a certain way and stay away from the rubber to make it a legal throw.

A balk is essentially when a pitcher makes a move or fakes a throw in an attempt to fool a batter or runner despite having already come to set.

The punishment for a balk can be quite significant which is why some pitchers look quite anguished after an umpire calls a balk.

Since something even as minimal as flinching can cause a balk, pitchers need a great deal of mental focus and control to stay calm.

What Is A Balk? (Explained)