You are here: Home / The Cold Spotlight / What Does WHIP Mean In Baseball? (Explained) 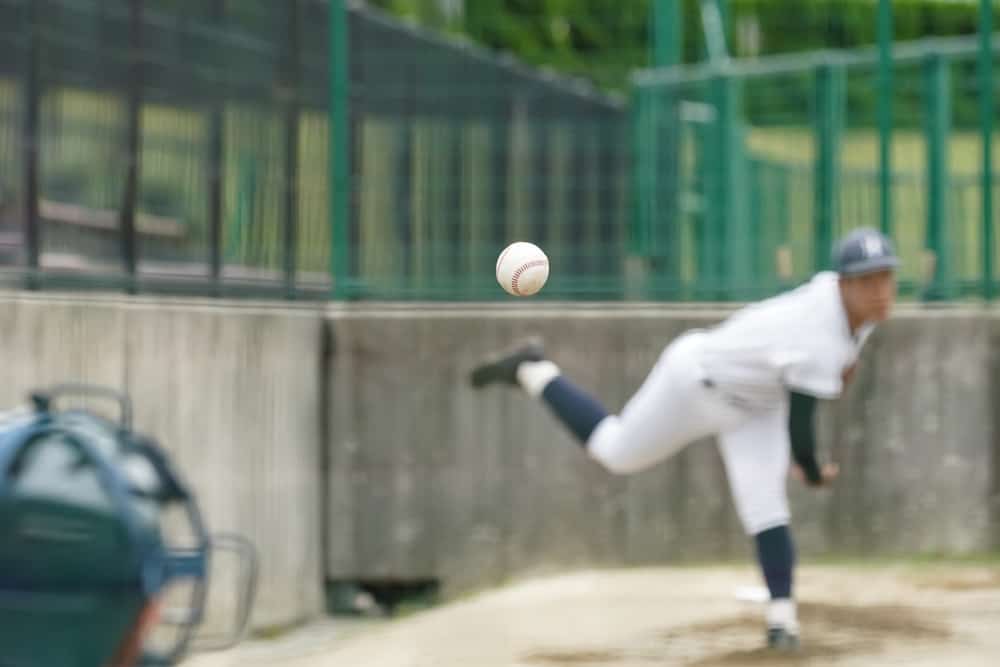 In baseball, there are a lot of acronyms that teams, coaches, and fans use to analyze a player’s performance.

The acronyms usually stand for some sort of stat.

Stats are useful since they can help teams plan a certain offense or defense against other teams.

One stat you may have seen around is WHIP.

Knowing what WHIP stands for and what it means can help you evaluate pitchers.

What Does WHIP Mean In Baseball? 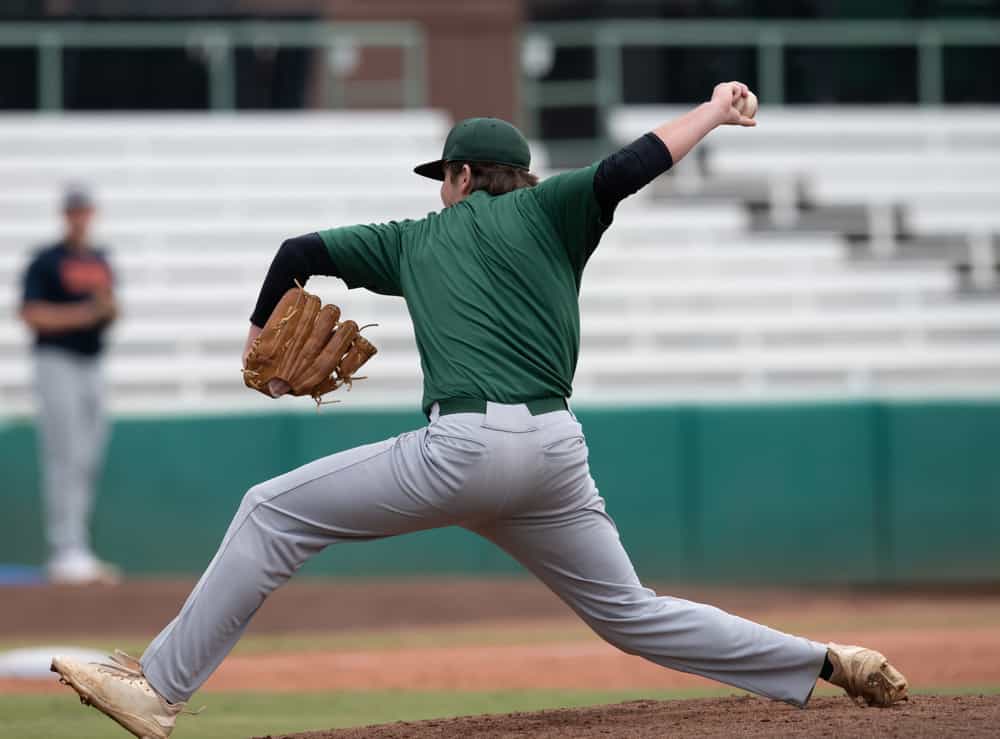 WHIP stands for Walks and Hits per Inning Pitched.

It’s a statistic used to evaluate the performance of a pitcher.

In particular, it looks at the number of hitters who managed to make it to base either by walking or hitting the ball.

That said, WHIP doesn’t exactly include how the hitter reaches the base.

For example, it doesn’t differentiate between a hitter who managed to make it to second base, first base, or even one who hit a home run.

It simply looks at the number of batsmen who made it to base based on the pitcher’s pitches.

As such, it’s a useful tool in simply looking at how well a pitcher can keep hitters from reaching base.

How Do You Calculate WHIP In Baseball? 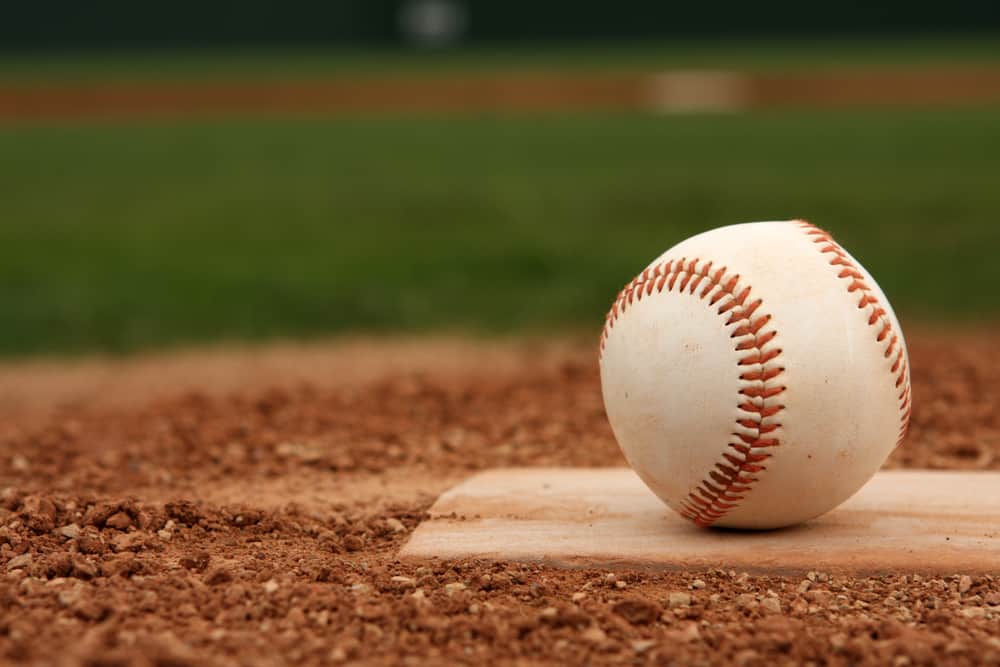 The formula to calculate a pitcher’s WHIP stat is quite easy.

You’ll then need to use the following formula to calculate a pitcher’s WHIP stat:

The resulting number is the pitcher’s WHIP.

Is A Lower Or Higher WHIP Better? 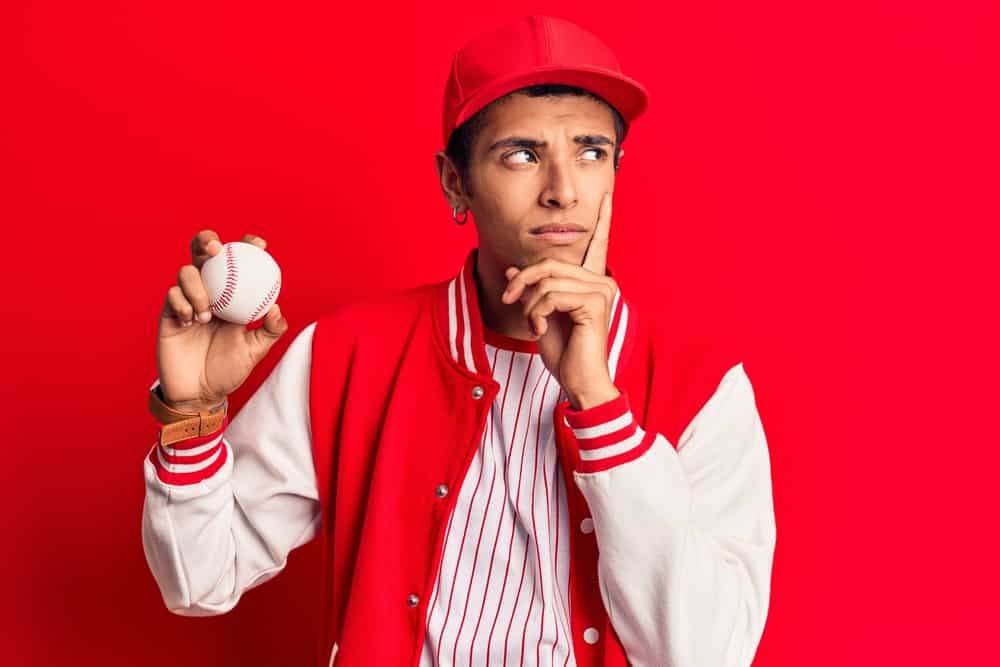 You’ll notice that the pitchers with the lowest WHIP scores tend to be the better pitchers.

That’s because it indicates that the pitcher is doing a better job of keeping batsmen from reaching base.

It means they’re striking them out rather than letting them make it to base.

You’ll typically also find that if a pitcher’s WHIP stat is low, then the number of strikeouts he has is also high.

This makes sense since WHIP is all about the number of hits and walks that a pitcher allowed.

Since there are fewer hits and walks, then it indicates that the pitcher is striking them out instead.

What Is A Good WHIP In Baseball? 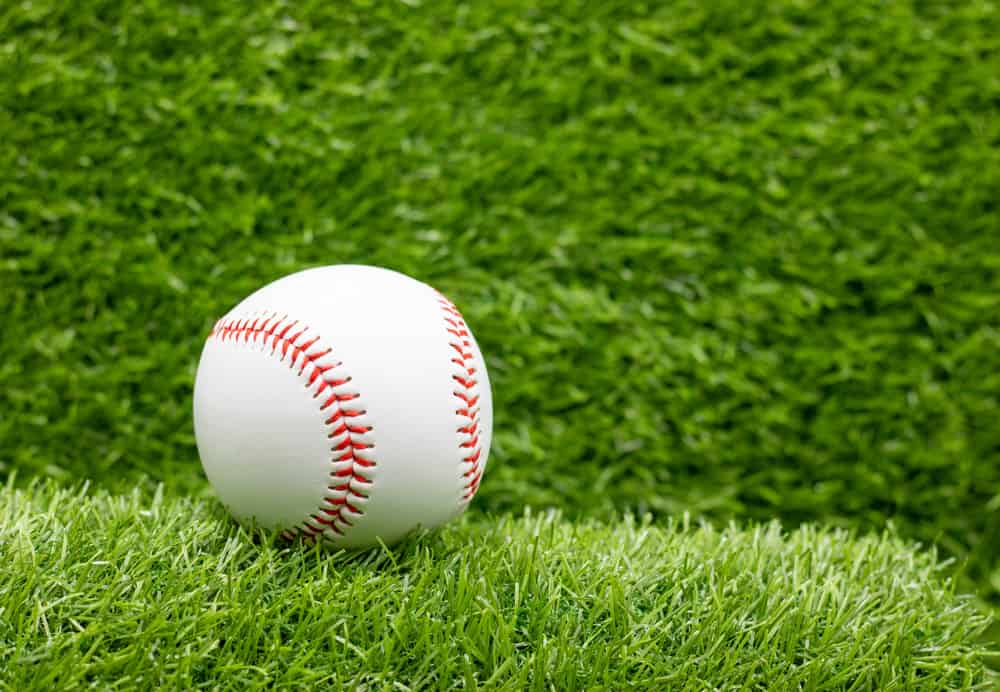 If you want to know if your favorite pitcher is performing well, then it helps to know what constitutes a good WHIP score.

A good WHIP score is anywhere from 1.20 and lower.

Great pitchers tend to be those who have a WHIP score of 1.10 or lower.

Some of the best pitchers in the league manage to achieve a WHIP score of 1.00.

As such, if you see that your favorite pitcher has a WHIP score of 1.20 or lower, then you know they’re pitching pretty well.

What Is The Average WHIP In Baseball? 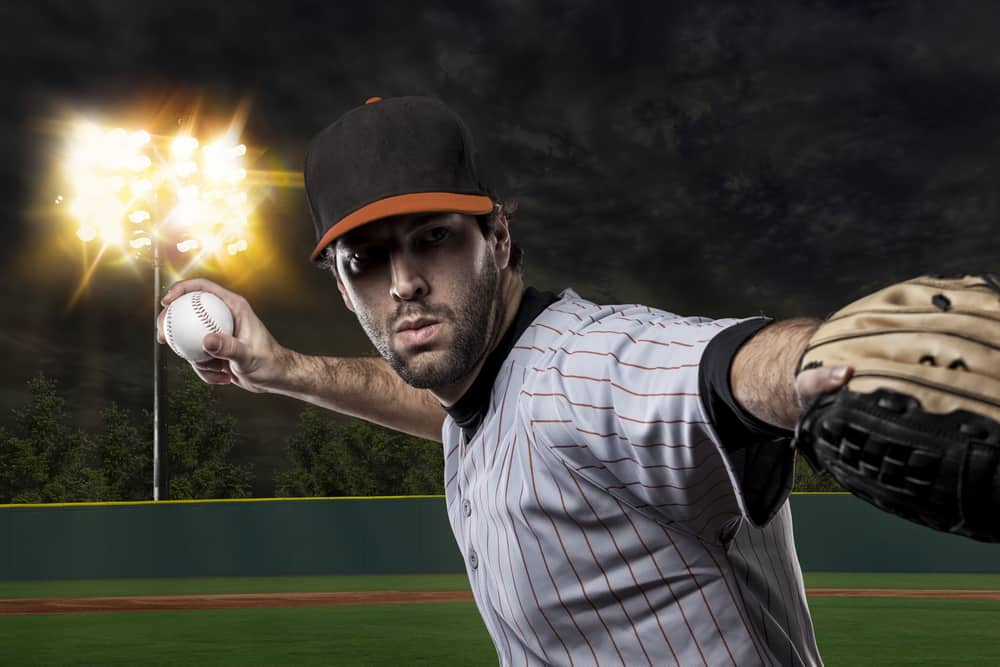 The average WHIP in the MLB changes by the season.

However, looking across several seasons, it seems as though the average WHIP score is around 1.30.

Pitchers who manage to achieve a WHIP score of less than 1.30 are performing better than the average pitcher in the league.

Pitchers who manage to achieve a WHIP score of more than 1.30 aren’t having the best season.

In fact, those who have a WHIP score of 1.60 tend to be performing terribly.

Knowing the average WHIP score in the league is useful for determining where your favorite pitcher stands within the rest of the league.

Who Has The Best WHIP In Baseball? 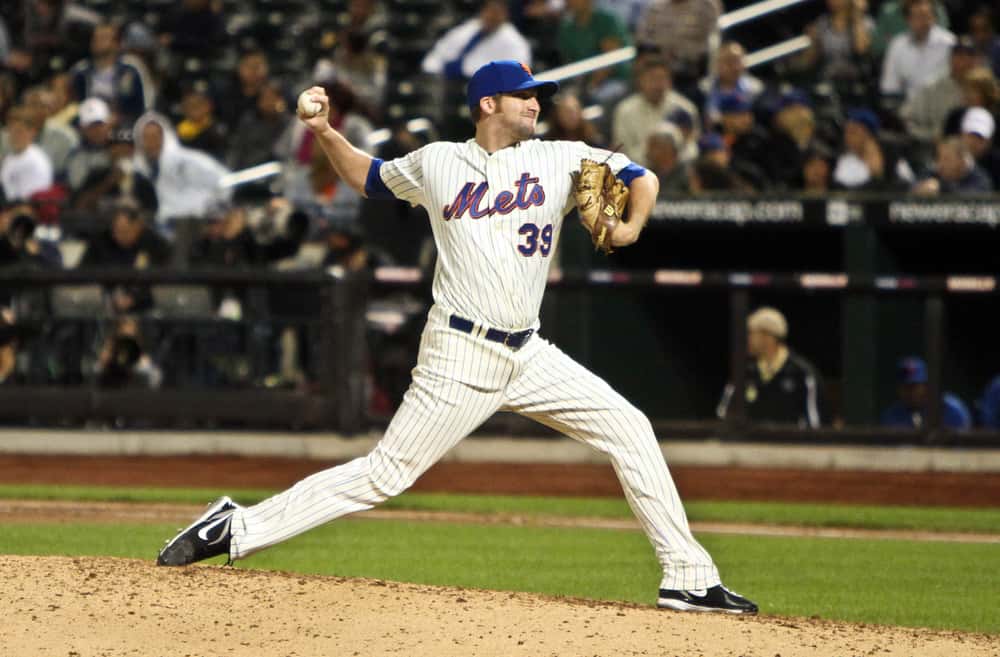 Addie Joss holds the record for having the best WHIP score in the MLB.

In second place is Jacob deGrom.

Since then, no one has been able to break his WHIP record.

Does WHIP Include Hit By Pitch? 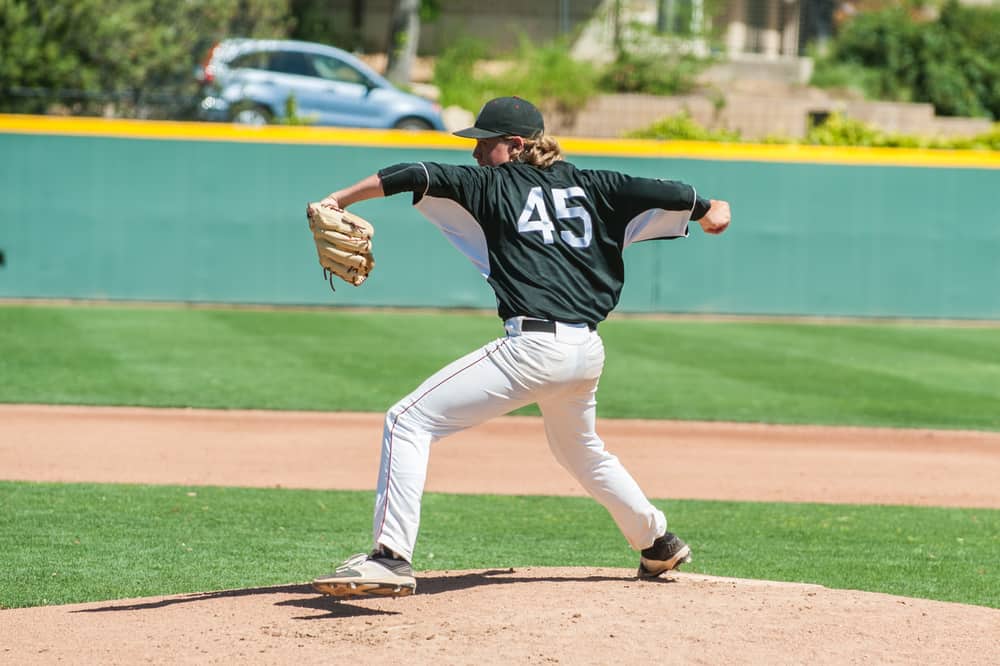 Because WHIP looks at the number of hitters who manage to make it to base, you might wonder if it includes hit-by-pitch.

Hit-by-pitch, or HBP, is a stat that describes the number of times a pitcher hits a batter with the ball.

When this happens, the batter automatically goes to first base.

It can be harmful to the pitching team since it might score a run if the bases are already full.

Because they’re all full, each player on the bases has to move forward one base to make room for the hit batsman.

As such, it could give the hitting team a free point.

Interestingly, despite being a way that a hitter can reach base, HBP does not add to a pitcher’s WHIP stat.

This is because WHIP doesn’t include errors, and an HBP is, basically, an error on the part of the pitcher.

Instead, WHIP looks solely at the number of hits and walks that a pitcher allows which results in a hitter making it to base.

The fact that WHIP doesn’t include HBP does lead to some confusion by fans.

Some believe that WHIP should include HBP since it’s a way that the pitcher allows a hitter to make it to base.

For the time being, WHIP does not include HBP.

Is WHIP Or ERA Better For Estimating Pitchers? 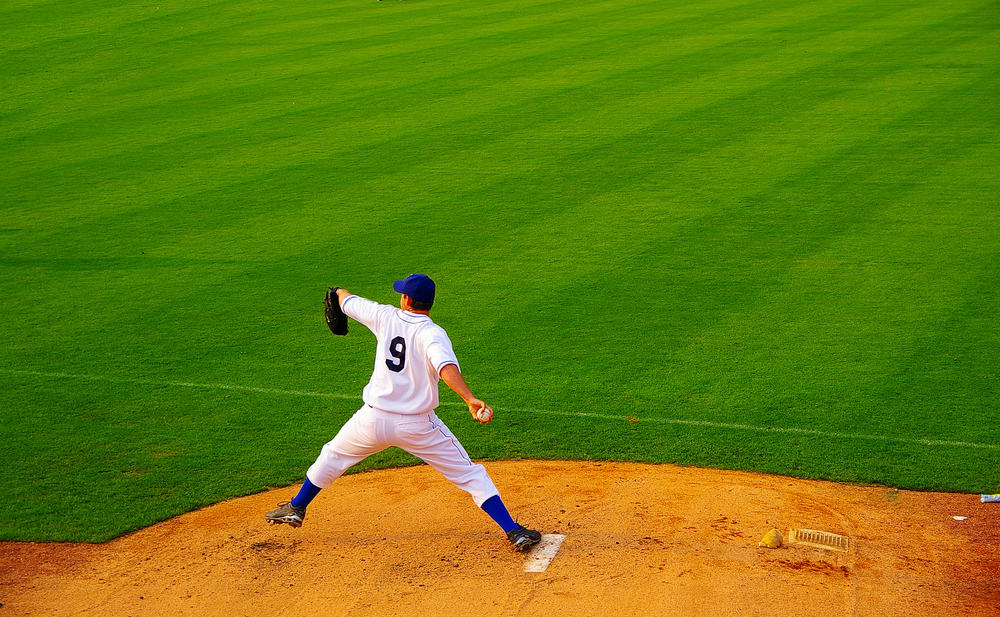 When attempting to estimate a pitcher’s skill level, you have a few stats to consider.

Many will use WHIP or ERA to determine a pitcher’s quality.

As such, instead of using either/or, it’s a better method to use both.

That’s because both stats include different elements.

WHIP, for example, looks at the pitcher’s performance as an individual.

If you want to know solely how the pitcher is performing, then WHIP is the better stat to consider.

However, a pitcher is usually supported by his defense when it comes to singles.

As such, the ERA is also useful as it considers certain elements of the defense, too.

By examining both of the stats, you can gain a clearer picture of how the pitcher performs.

How Do You Improve Your WHIP Stat? 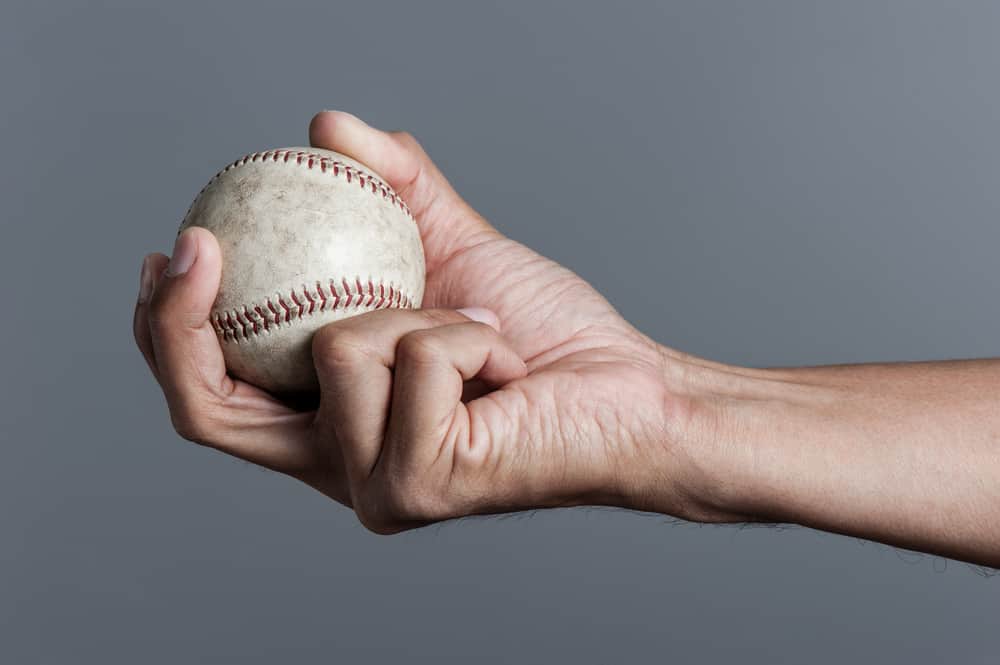 If you’re a fledgling pitcher looking to improve your WHIP stat or wonder how your favorite pitcher might be able to improve theirs, then it’s worth knowing how.

Because WHIP is all about examining the number of walks and hits in each inning, then to improve your WHIP stat, you need to reduce how many walks and hits you allow in an inning.

There are a few ways you can do that as a pitcher.

One of the best ways to improve your WHIP score as a pitcher is to increase your accuracy.

This means throwing the ball where you intend to throw it at a higher rate.

Pitching is complex since it involves being able to throw the ball fast while also maintaining a certain level of accuracy.

It won’t matter how fast you throw the ball if you’re always throwing out of the strike zone, for example.

As such, if you can improve your accuracy, then you’re able to better master the ball.

This means you can throw it exactly where you intend.

You can dupe the hitter into thinking you’re going for a strike when you’re really going for a ball.

That can make them perform a mistake which can earn you an out.

Improving your accuracy is a great way to increase your WHIP.

Pitching is as much a mental game as it is a physical one.

If you have the physical part covered but not the mental part, then you could be missing out on improving your WHIP score.

It isn’t enough to just throw balls and strikes without a method behind it.

That can lead to opportunistic hits.

Rather, a pitcher should approach each batter with a strategy in mind.

It might be to focus on outs or balls.

This also means working with your defense.

If your defense is on the same page as you, then they’re going to be able to support you.

There’s no question that being able to pitch fast can give you an edge in the game.

If you’re able to pitch lightning-fast balls, then it decreases the chances of the hitter being able to hit it.

They may not have the reaction time needed to hit those balls.

You may need to take some time in the gym to work up your strength and agility.

You’ll also find practicing more and more to be helpful.

The more you pitch, the better you’ll become at it.

By throwing fast, you can improve your WHIP stat.

4. Do Your Homework On The Batters

Finally, it’s worth doing some homework on the hitters you’re up against.

You might find that some prefer to walk over hit.

You can then use that information to flip the tables and have them do something they’re not comfortable doing.

Since they’re not comfortable with it, they’re more likely to make a mistake.

As such, you can improve your WHIP score.

WHIP is a useful stat that describes the pitcher’s effectiveness at preventing base runners.

In particular, it looks at the number of hits and walks that the pitcher allowed.

Because it’s an individualistic stat that doesn’t include help from the defense, it’s useful for examining how well a pitcher performs.

What Does WHIP Mean In Baseball? (Explained)