You are here: Home / Cold Hard Facts / What Does The Star Mean On Apple Music? (Explained)

Apple Music is one of the most popular music streaming apps available.

In addition to access to a huge variety of artists and over 75 million songs, it also offers many features to help make your listening experience more personal.

You may notice that some songs or albums on the app have stars beside them.

These stars actually have a meaning, and when you are aware of it, you will be able to get more out of your appl.

What Does The Star Mean On Apple Music? 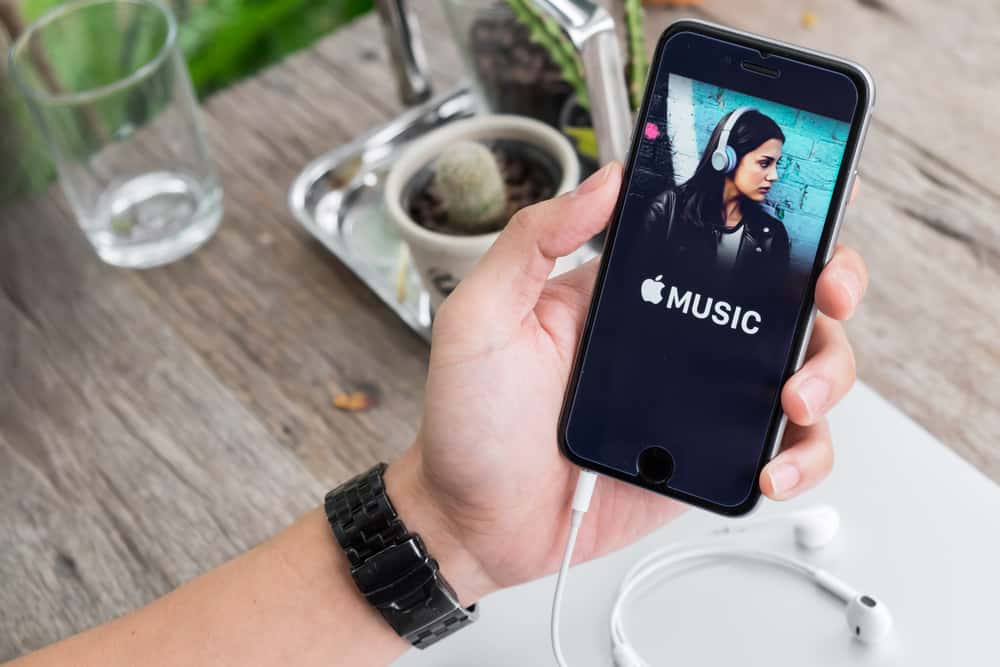 Songs that have stars beside them are the most popular on Apple Music.

Apple refers to these songs as Hot Tracks.

Stars are generally given to the songs on an album that are played the most often.

Songs with stars are the most played or most popular in the Apple library.

The star symbolizes the most played tracks based on all users and not just the individual device or account.

Some songs on the Apple Music app have stars because these are the most played songs.

This can change regularly, and Apple does not reveal how many plays a song has to have to get a star.

The most stars an album can have is five, and this is based on the rating of listeners.

Songs that have stars beside them on the app are some of the most popular.

This list is always changing, but Apple Music does allow you to view the Top 25 songs at any given time and even play through them as a list.

You can also add your own star rating to each song you listen to. 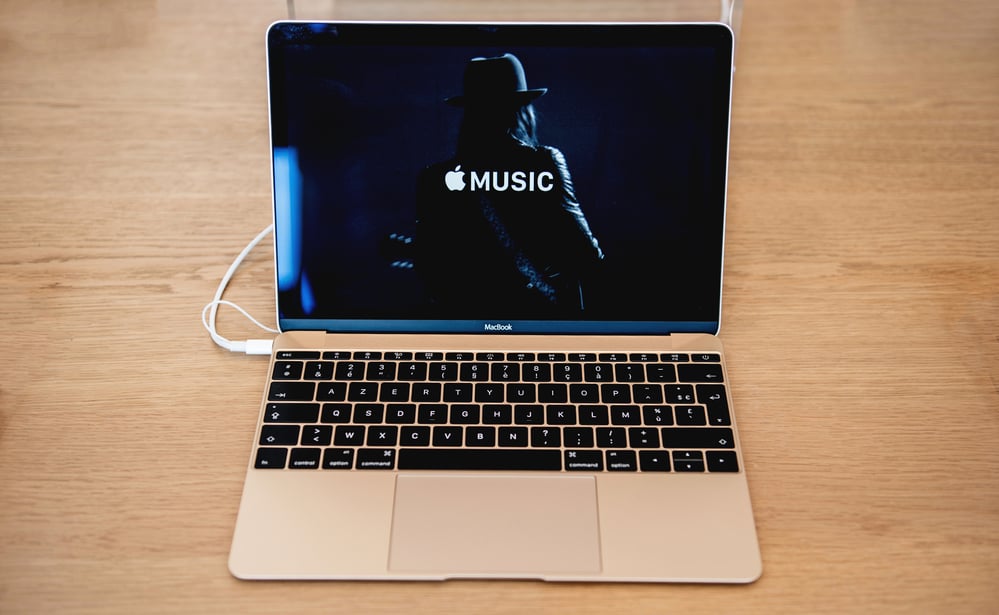 At one point, Apple Music did remove the ability to rate music with stars.

New updates include this feature.

It can be a really useful feature because it allows users to choose their own favorite songs and add stars to them.

When sorting music in their own library, the listener can find the songs that have the highest rating or that they chose as their favorite with a star rating and sort the songs by rating.

What Does The New Star At The Bottom Of The Screen Mean On Apple Music?

If you look at the bottom of the screen in Apple Music, you may see a star icon with the words “new” under it.

Tapping on this icon will take you to a page that displays new music on the app.

It’s a good way to learn about new artists and find new music that you may have never heard of but may enjoy.

How Can I Rate Music On Apple Music? 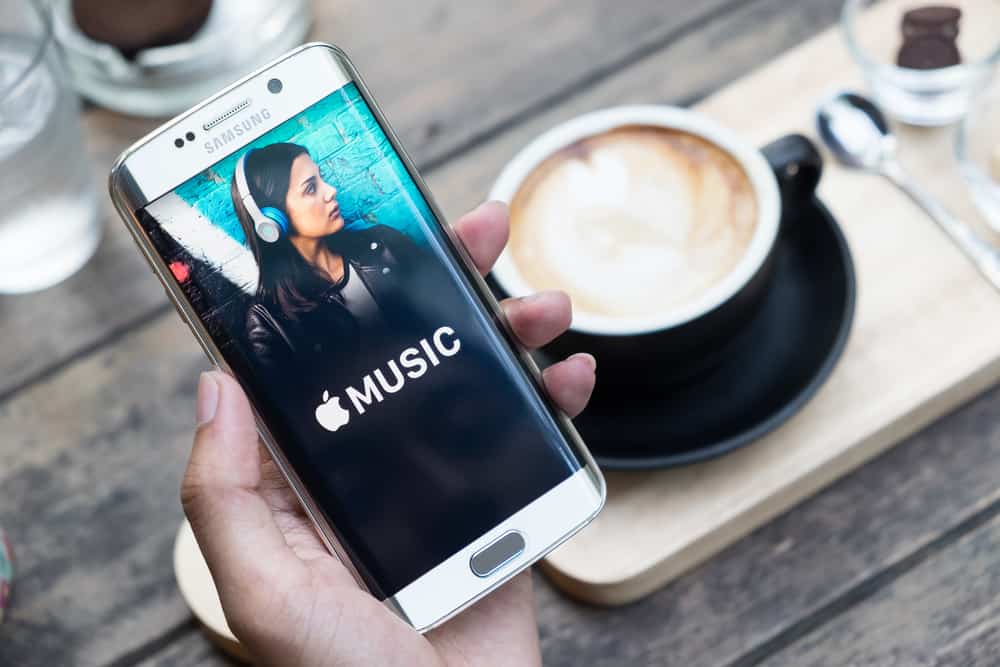 You can rate music on Apple Music.

The app currently uses a star rating system with ratings from 1 through 5.

You can rate music with a star on Apple Music by following these steps.

Rating music on Apple Music doesn’t affect the way the app suggests music for you.

You can change your suggestions by loving or hearting songs.

Does Apple Music Show The Number Of Streams A Song Has? 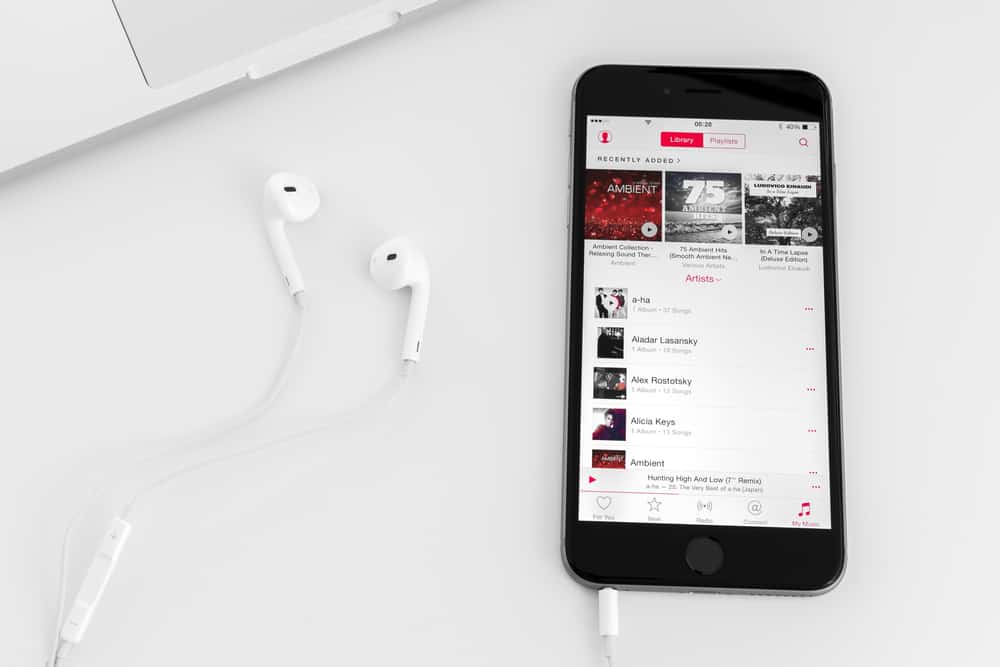 Apple Music does allow artists to see the number of streams each of their songs has.

You can find the streaming numbers in the Apple Music Analytics section.

This information is split up into different categories.

According to Apple Music for Artists, those categories are as follows,

Can Artists See Who Listens To Their Streams?

Apple Music for Artists does allow artists to learn more about who is streaming their music.

While it doesn’t give out specific user information such as name, address, or email due to privacy restrictions and laws, it can still allow artists to learn about the types of fans who are listening to their music.

The analytics section allows artists to view the age range, country, and plays by playlist of fans who are listening to their music.

Can I See How Many Times I Have Streamed A Song?

To do this, you will need to follow these steps.

How Can You See How Many Plays A Song Has On Apple Music?

You can view song plays by clicking on Plays, Listeners, Shazams, Song Purchases, Album Purchases, or Video Views from the left-side menu.

You can see how many listeners have played the song and learn more about the fan base.

You can also see the unique listeners count each day.

What Does The E On Apple Music Mean? 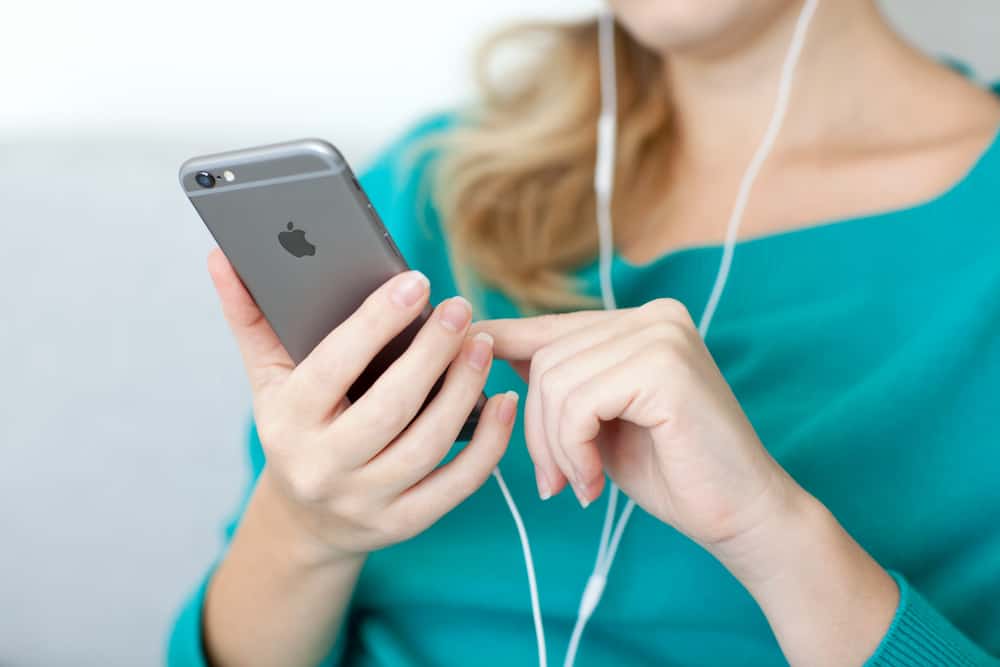 The E symbol shows up beside some music on Apple Music and may restrict these songs.

It means the song you are trying to listen to is the original version of a song and may have references to profanity, a reference to violence, sex, or other strong language.

Music that is marked with an E will display a message that says the song is unable to be played because of its rating.

It does not matter how old the listener is; these songs cannot be played on the app.

This function makes Apple Music safe for listeners of all ages.

Is It Possible To Disable Restrictions On Apple Music?

It is possible for adults to disable song restrictions on the app.

You can then select Music, Podcasts, & News under allowed store content to lift the restrictions for these types of content.

The options for “clean” or “explicit” will be displayed.

Choose “explicit” to allow all explicit to play on your account.

What Are The Most Popular Features Of Apple Music? 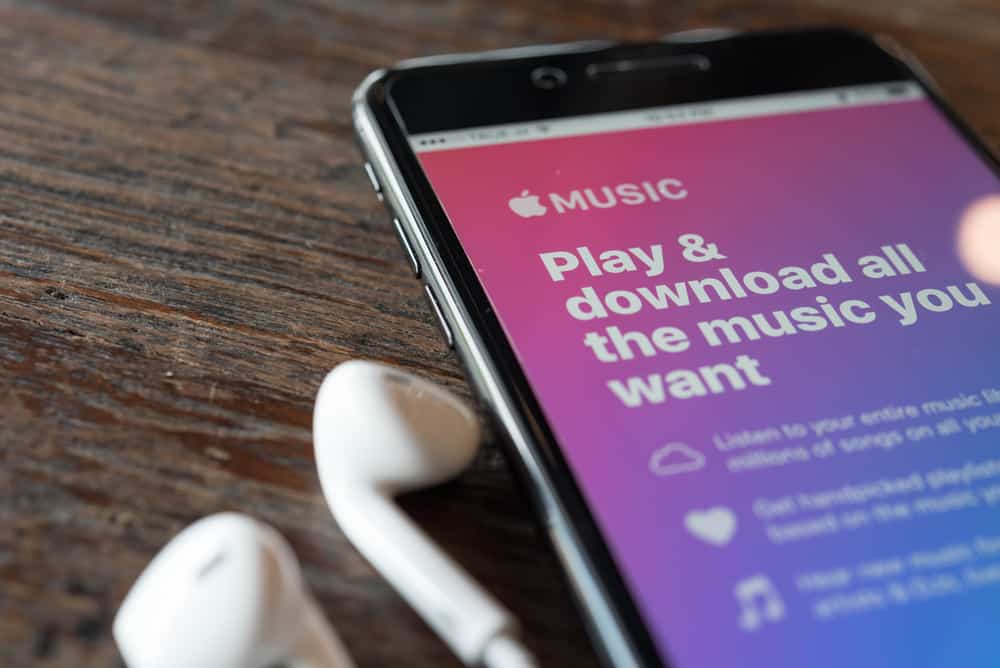 Apple Music has a lot of features that make it such a popular music app.

Here are five of the best.

Being able to create playlists allows you to sort music and play each list as you choose.

When you set up your account, you can choose the types of music you like or your favorite artist.

This allows the app to suggest new music to you so you can find more songs and artists that you might enjoy.

Apple Music allows you to choose what quality of music you are listening to regardless of whether you are using WiFi or your phone’s cellular data.

You can connect your iCloud music library so you can listen to music you have across all of your devices.

You can save phones to your phone or device to be able to play them offline.

You can also download songs that are available for offline listening.

How Much Do Artists Get Paid Per Stream On Apple Music? 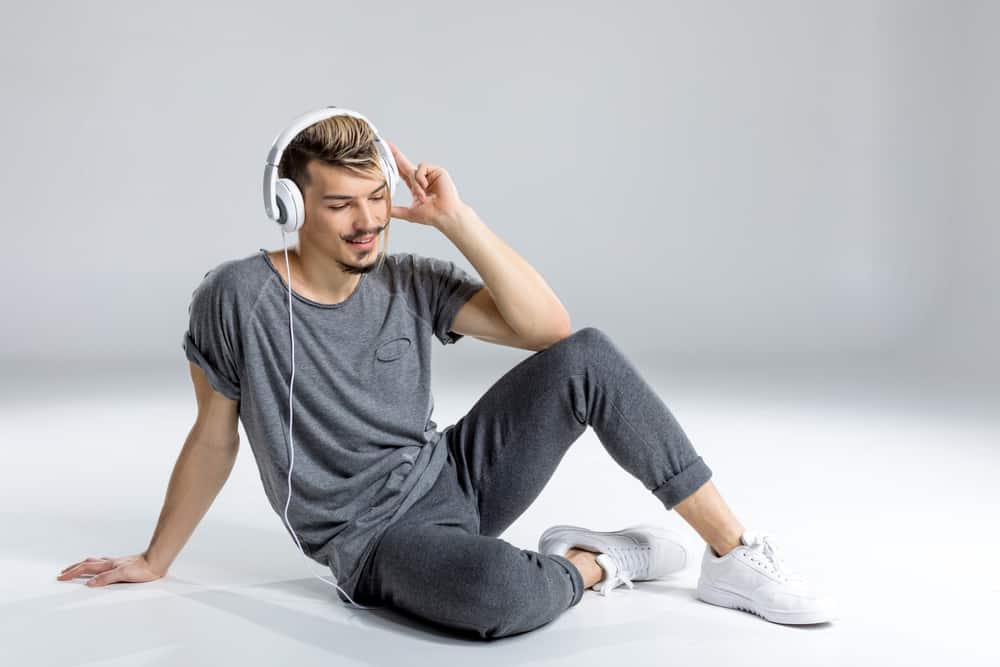 Apple pays one penny for each stream which means it takes 100 streams for an artist to earn $1.

This may seem like a small amount, but it is double what other music streaming services offer.

Artists have a chance to introduce their music to a variety of listeners and the ability to make a lot of money if their songs become popular.

What Is Apple Music Membership For? 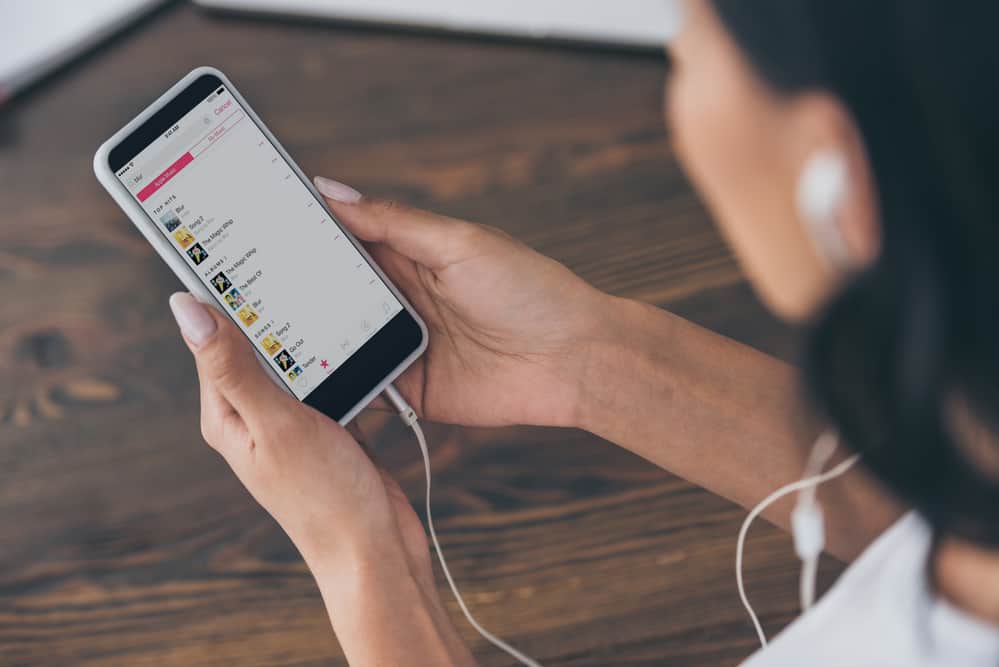 Apple Music has two membership options, one is for individuals, and the other is for families.

The family plan offers the same access but also allows up to five other family members to access it as well.

What Makes A Song Popular On Apple Music? 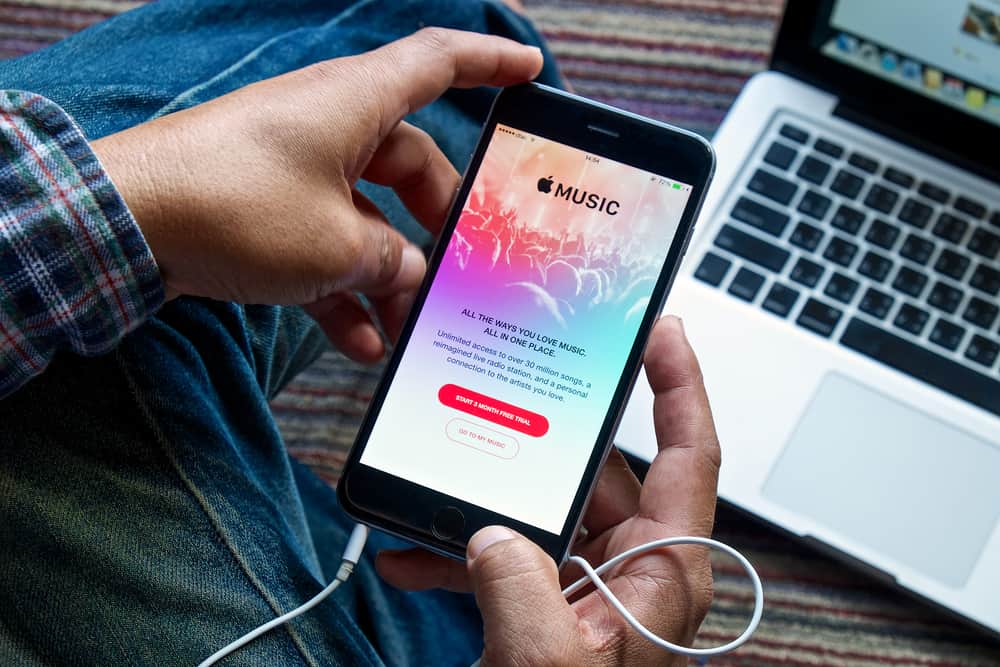 The most popular songs on Apple Music are those who have the most streams and plays.

Apple Music has a section called the Top 25 that is always changing but provides quick access to the Top 25 songs on the app.

What Is Apple Music For Artists? 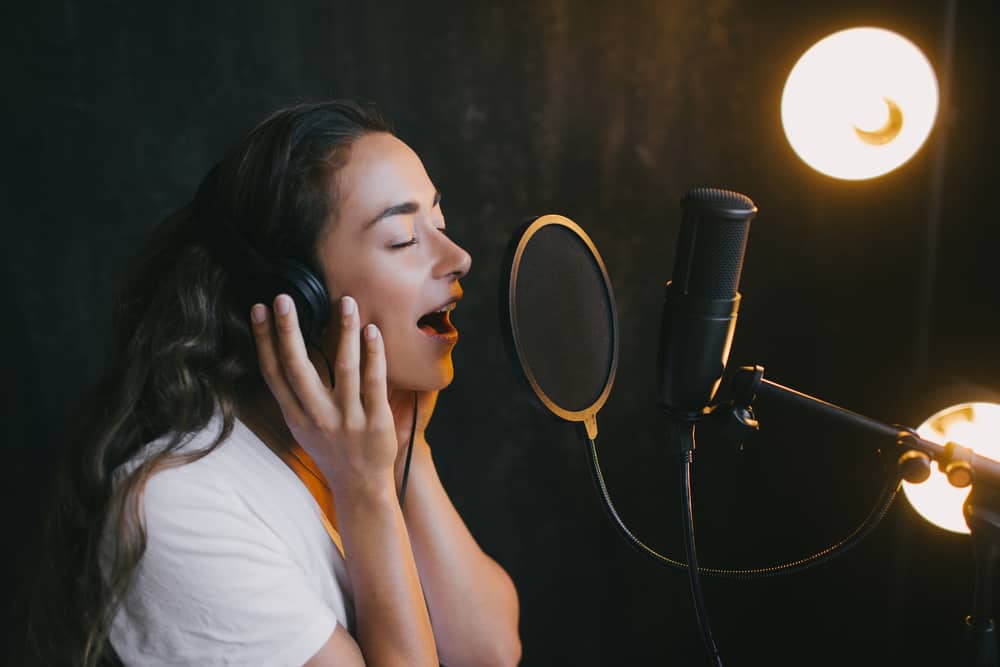 Apple Music for Artists is a part of Apple Music that allows artists to view their analytics and measure their performance.

Artists who are hoping to increase their streams or plays and their income on the app can use this feature to learn more about their audience and listeners.

Is Apple Music Better Than Spotify? 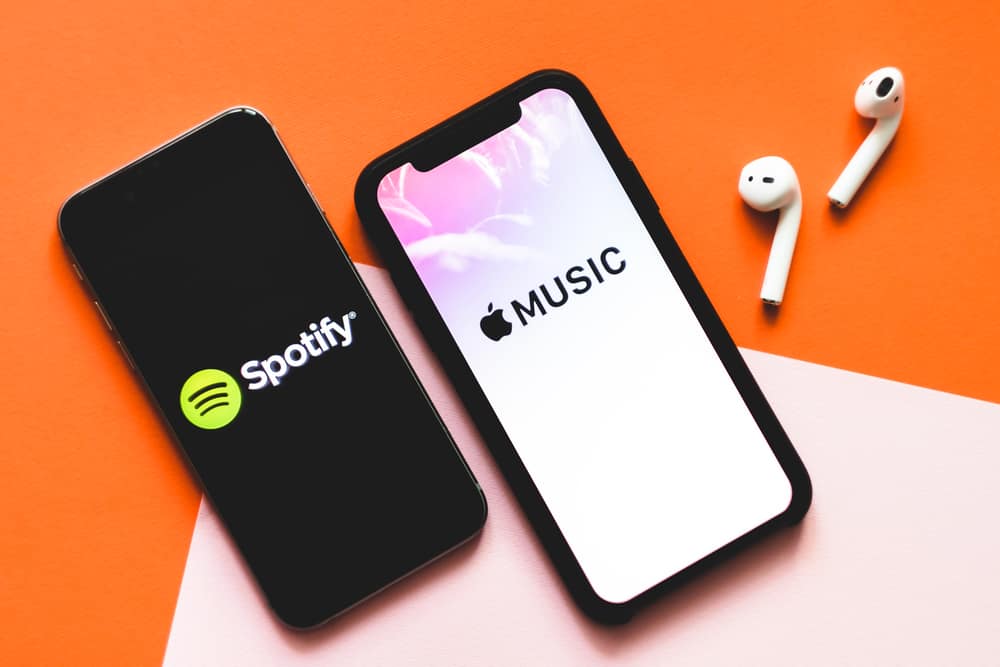 Apple and Spotify are two of the top music streaming apps, but they are different.

It comes down to a matter of personal preference in terms of which one is better.

Comparing both apps can help you decide which one is right for you.

Price is one of the differences between the two.

Apple offers an individual membership as well as a family membership for $14.95 a month.

Both have huge libraries with access to millions of songs.

Spotify allows users to share their favorite songs and playlists on social media, while Apple only allows its content to be shared on AirDrop or with links.

Apple does not have social media sharing enabled.

Both have nice designs that are easy to navigate, and the layouts are actually very similar.

Both use large images, album cover photos, and similar scrolling and search options.

Their aesthetics are slightly different, which really makes it a matter of preference.

What Does The Infinity Symbol Mean On Apple Music? 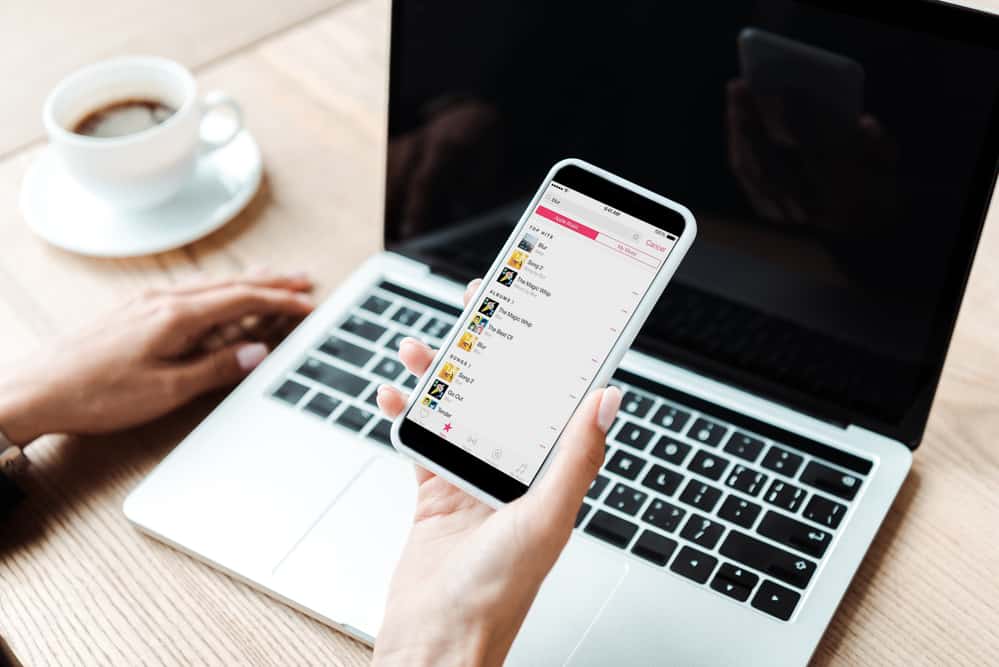 The infinity symbols were added to Apple Music in 2021 with an iOS update.

It represents the AutoPlay function.

The feature can be turned on or off, and if the infinity sign is displayed, it means it is turned on.

When enabled, it allows Apple Music to continuously play all the music on Apple Music, including every album.

Once the app has played all these songs, it will continue to play music not saved in the user’s library but based on the music they have saved.

It will continue to play music until the user stops it.

This feature is automatically enabled, so if you don’t wish to use this feature, you will need to disable it manually.

How Many Plays To Get A Star On Apple Music?

Apple does not offer a specific number of plays that result in getting a star beside the song.

The songs that are the most popular are the ones that get stars beside them.

Artists can check Apple Music for Artists to find out how many times their songs have been viewed to get an idea of how many views it takes to get a star.

This can also vary based on Apple’s own analytics, and it may be different for every user or song. 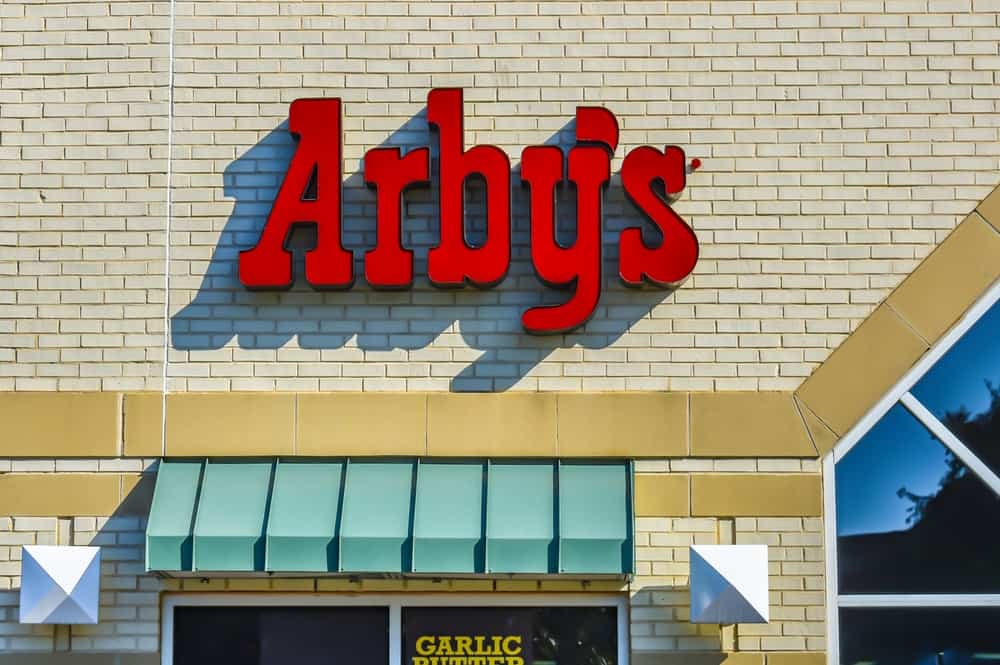 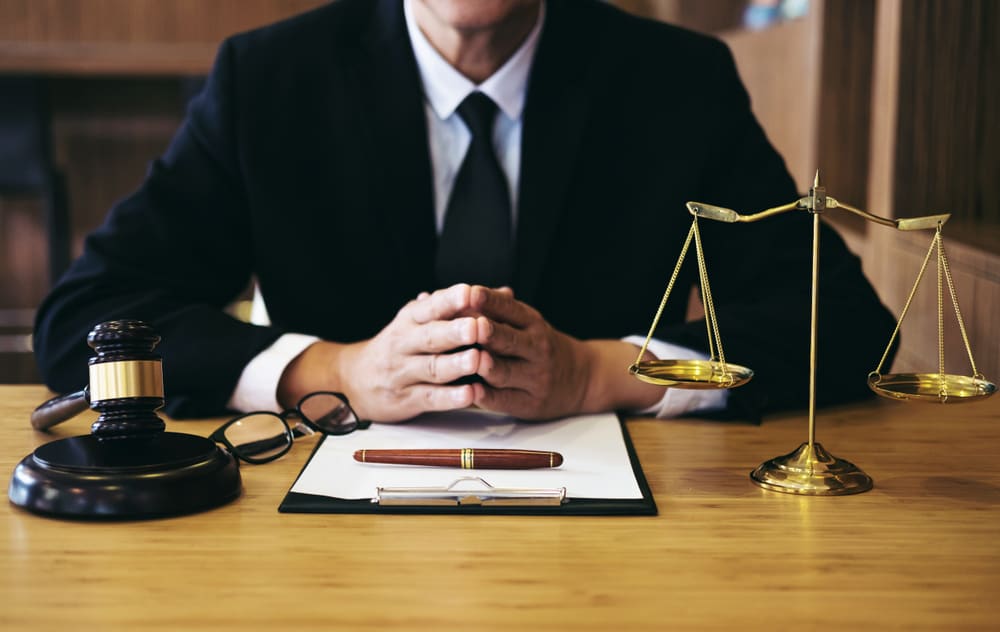 Why Are Lawyers So Expensive? (Top 10 Reasons)

What Does The Star Mean On Apple Music? (Explained)