You are here: Home / The Cold Spotlight / What Does TBH Mean In Text? (Explained) 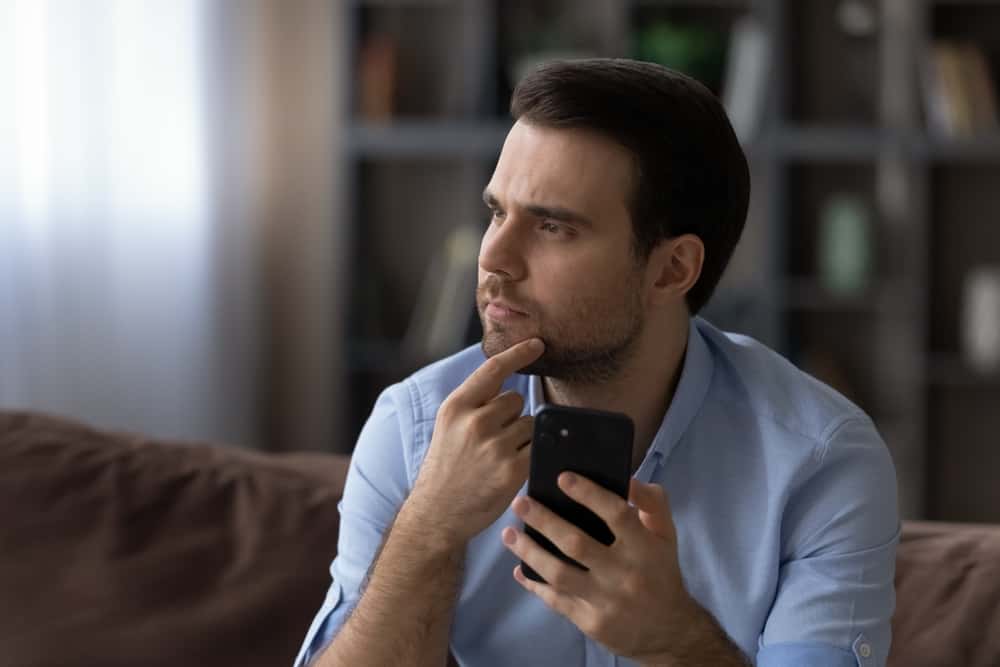 The rise of technology and smartphones brought forth a new kind of language.

Text messaging became a way for people to quickly relay information to one another without spelling out the full words.

There’s no shortage of text words used in today’s vocabulary, but one frequent word you’ll see is “TBH.”

You may wonder what “TBH” stands for in texting.

What Does TBH Mean In Text? 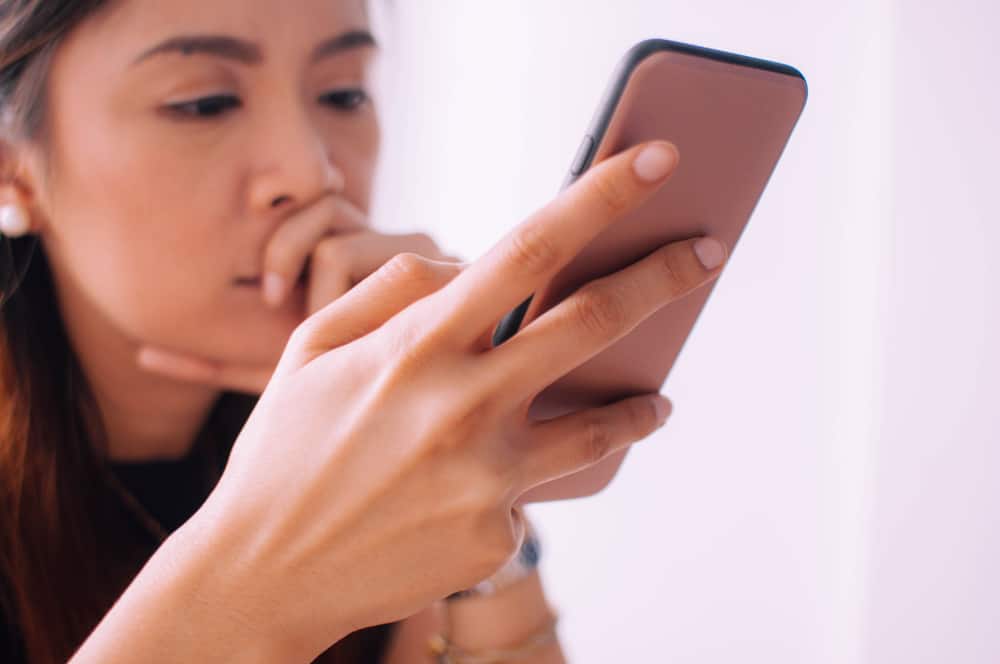 TBH stands for “to be honest.”

You’ll often see it used before a sentence or at the end of one.

As an example, someone might text, “TBH, I think she’s toxic.”

In this example, “I think she’s toxic, TBH.”

When written out, the text becomes, “To be honest, I think she’s toxic.”

As with the second example, “I think she’s toxic, to be honest.”

Like other abbreviations, texters shorten “to be honest” to “TBH” to save time.

Once enough people know what “TBH” stands for, it becomes more ingrained and common to use.

If you see someone using “TBH,” then you know they’re saying, “to be honest.”

What Does “To Be Honest” Even Mean? 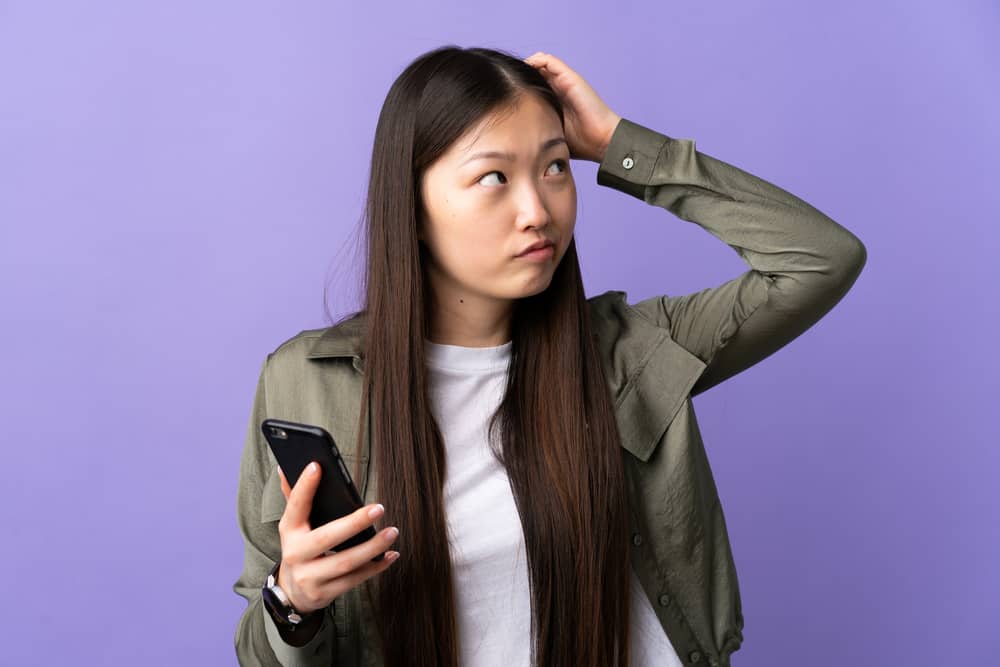 Even if you know what TBH stands for, you may be unsure what it actually means.

There are a few meanings behind “to be honest,” but it all comes back to essentially saying, “in my opinion.”

For example, using the same example, if you were to say, “TBH, I think she’s toxic,” then you’re really saying, “In my opinion, she’s toxic.”

The reason that people use “TBH” instead of “in my opinion,” is that they want their opinion to come off as more of a fact than an opinion.

That’s why you’ll see “IMO” used in texts as well.

The others don’t have to agree with it.

“To be honest,” on the other hand, is a bit more decisive.

It’s a way to state your opinion, then challenge others to prove you wrong.

The fact that it uses the word “honest” in it suggests that you’re giving your honest, open, opinion about something.

Some might use it as a way to sound more sincere.

They’re opening themselves up by sharing their opinion about something.

Either way, you can think of “TBH” as meaning that you’re sharing your opinion about something.

Is It Bad If You Use TBH With Someone? 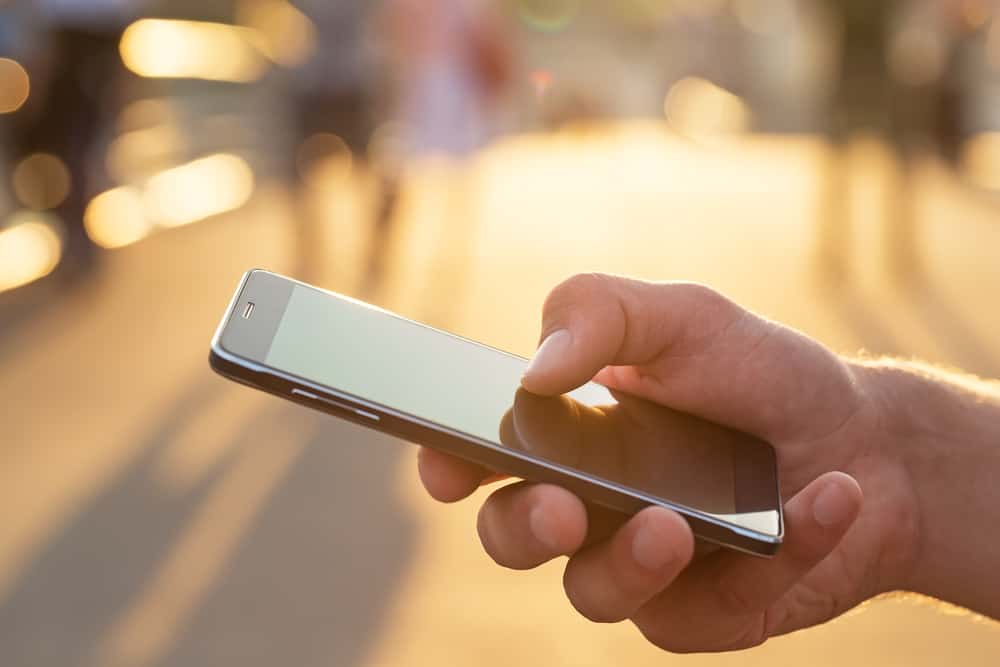 It isn’t necessarily bad if you’re using “TBH” with someone in text.

Of course, a lot of that also comes down to context.

For example, if you’re talking with someone about someone else and say, “TBH, I think she’s toxic,” then you’re basically inviting a conversation about your opinion.

If the subject of the conversation is the girlfriend of the person you’re speaking with, then they might disagree.

As such, they might take offense to your claim.

Since you used “TBH” instead of “IMO,” it can seem as though you’re trying to state a fact rather than an opinion.

If the other person strongly disagrees with your opinion, then your words might offend them.

That said, if the person agrees with you, then they might agree with your statement.

They’re also sharing their open opinion with you.

The problem with using “TBH” in a text conversation is that it can sometimes come off as sarcastic or even mean.

Some might see it as a more aggressive way of saying “IMO.”

The sentence already is hurtful.

Stating that you don’t care what the other person thinks can make them feel bad.

Adding in, “TBH,” makes the sentence even worse.

As such, using “TBH” can be bad in certain contexts and certain uses.

Whether the individual intends for the use of the phrase to come off that way is another matter.

When Is It Appropriate To Use TBH In A Text? 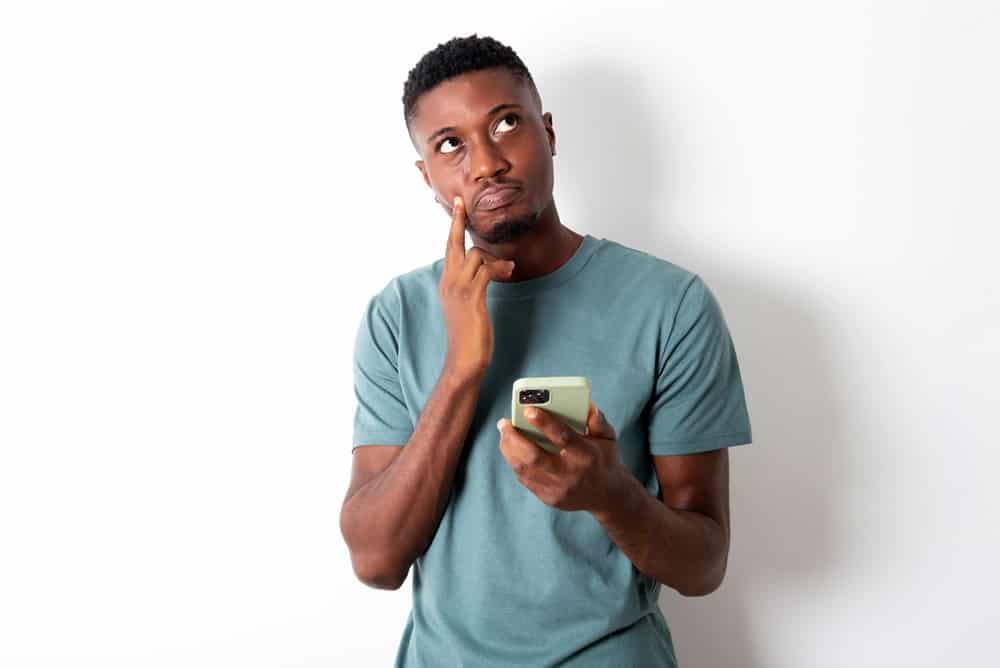 If you’re new to using text language, then you may wonder when is the best time to use “TBH” in a text.

The last thing you want to do is accidentally offend someone, unless, of course, that’s your goal.

Otherwise, here are a few appropriate ways you can use “TBH” in your texting. 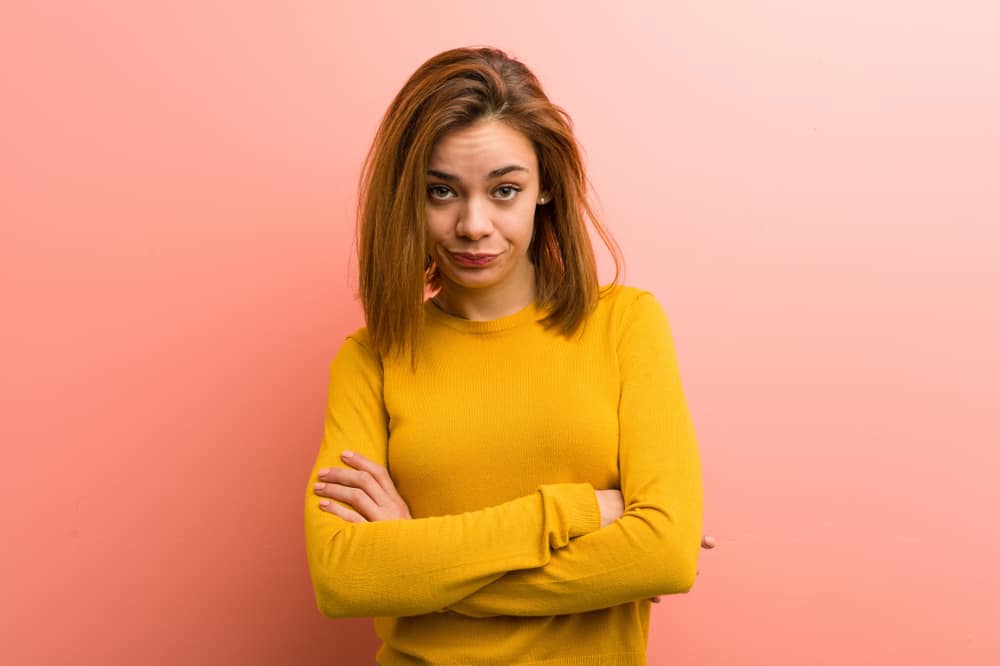 One of the most common ways to use “TBH” in a sentence is when you’re being sarcastic.

While many will use “TBH” to voice actual serious opinions, others will use it in a sarcastic sense.

A common example is some sort of variation of, “TBH, I’m dead.”

However, they’re using it as a way to say that they’re dead tired or dead exhausted.

By using “TBH” in the sentence, it tells the other people in the conversation that they’re being very open about how tired they are.

Even though they’re being sarcastic, there’s some authenticity to their statement, as well.

Sarcasm can be very difficult to discern from text alone.

Since it’s impossible to read a conversational tone in a text without some helpful indicators or emojis, a few phrases or words can help make the readers aware that the statement is sarcastic.

“TBH” is one of those words.

It’s used both ironically and unironically.

As such, you can use “TBH” when you’re being sarcastic.

2. When You’re Stating A Fact 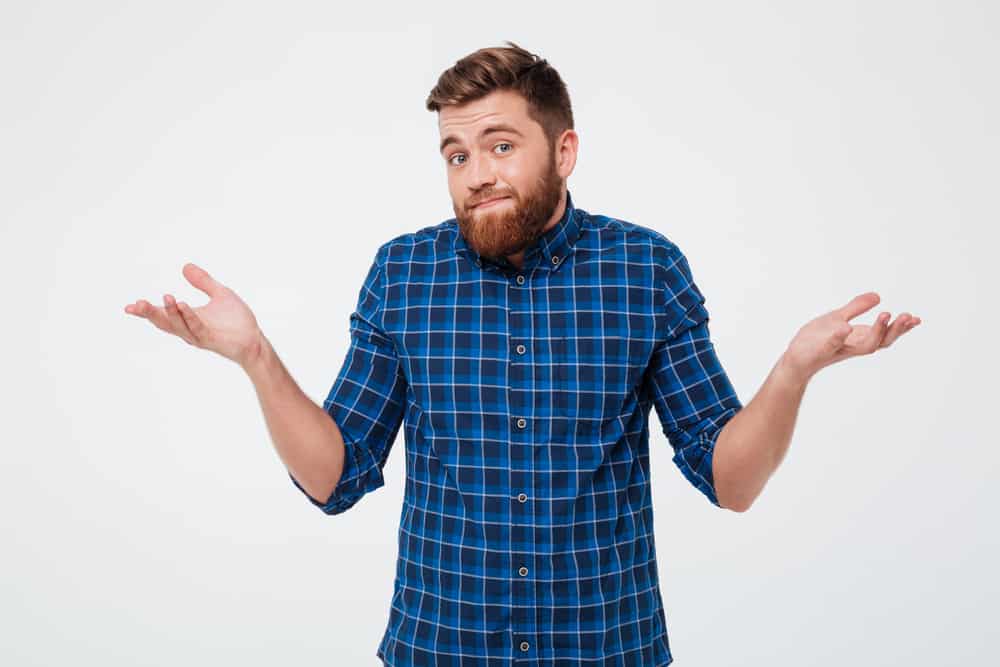 Another way to use “TBH” is when you’re stating an actual fact.

At the very least, you can use it when you want others to think you’re stating a fact.

“TBH” usually means you’re voicing an opinion, so in this instance, it’s more about them taking your opinion seriously.

You might start with, “TBH, I think she’s toxic,” to have a serious conversation with someone.

You’re letting them know that while this is your opinion, it’s an opinion that you fully believe in.

By using “TBH,” you can make others aware that you feel very strongly about the topic.

3. When You’re Speaking From The Heart 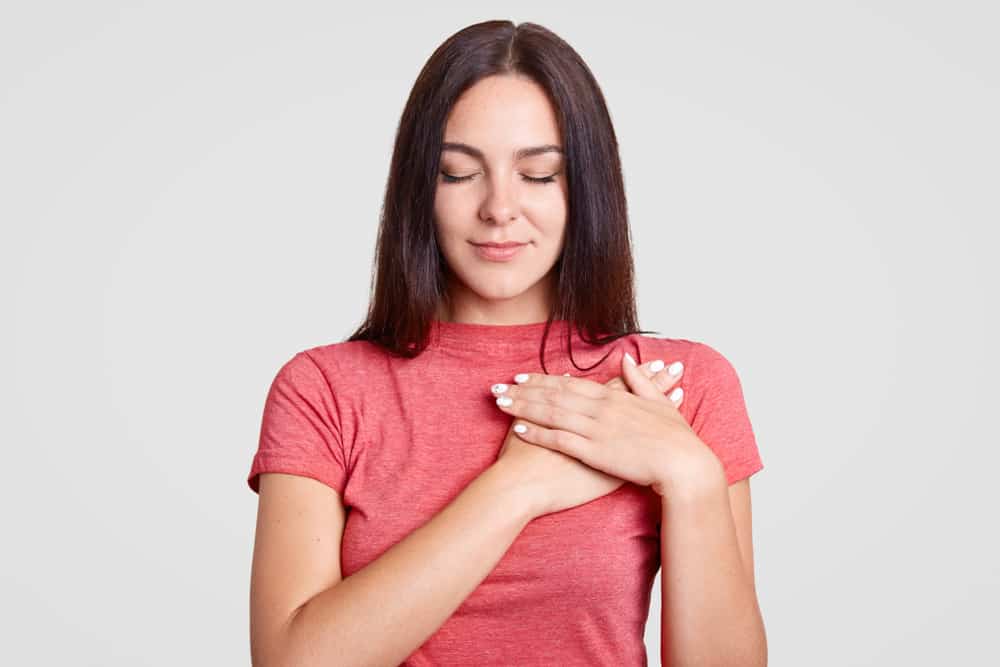 A final way to use “TBH” is when you want to be more vulnerable with others during a conversation.

Saying, “TBH, I think she’s toxic,” invites the others to have a heart-to-heart with you.

Since it stands for, “to be honest,” you’re essentially saying, “I am giving you my honest opinion that I think she’s toxic.”

That then encourages others to open their hearts, too, so you can have a deep and effective conversation.

Using “TBH” can help you open up and make others open up, too.

How Do You Respond To TBH? 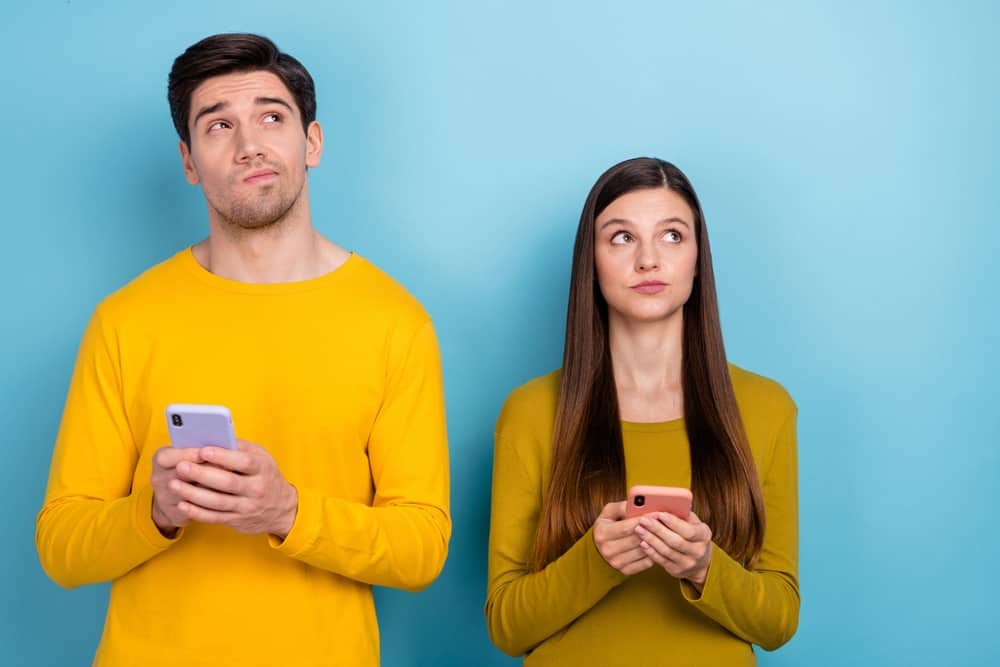 While you might use “TBH” regularly, you may be unsure of what to do when someone else uses “TBH” in a sentence.

If you see someone write to you, “TBH, I think she’s toxic,” then you may unsure of how to respond.

First, you’ll need to read the rest of their texts to try and determine their tone.

Are they being sarcastic or are they reaching out?

Once you can determine their tone, then you know how to respond.

It’s usually best to respond by voicing your opinion, too.

Since they’re using, “TBH,” it suggests that they’re also trying to have a more serious conversation about it.

You should respond earnestly and consider their view while writing your own opinion.

It’s an alternative to saying “in my opinion.”

Knowing how to use it can ensure you don’t offend or confuse anyone with your words.

What Does TBH Mean In Text? (Explained)