You are here: Home / The Cold Spotlight / What Does PO Mean In Baseball? (Explained) 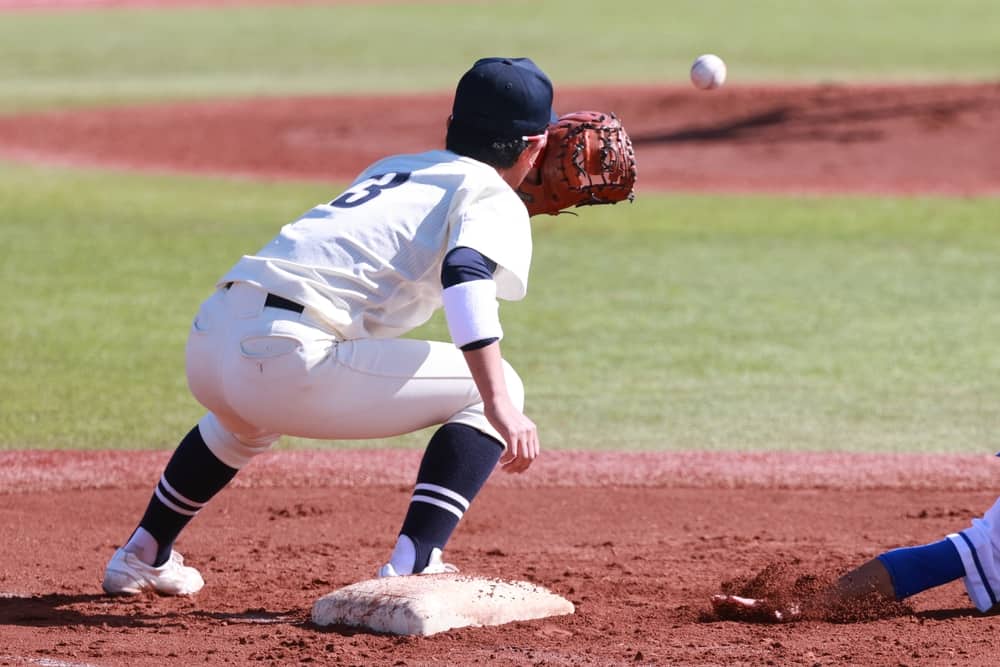 While a lot of baseball stats concern themselves with hitters and pitchers, the stats concerning fielders are just as important.

One stat that you might sometimes see listed on a player is PO.

If the player is a fielder, then they’ll have a PO statistic.

You may wonder what a PO is and whether it’s a good thing for a player to have a high PO score or a low one.

Knowing what a player’s PO stat means can help you determine the skill level of the player.

What Does PO Mean In Baseball? 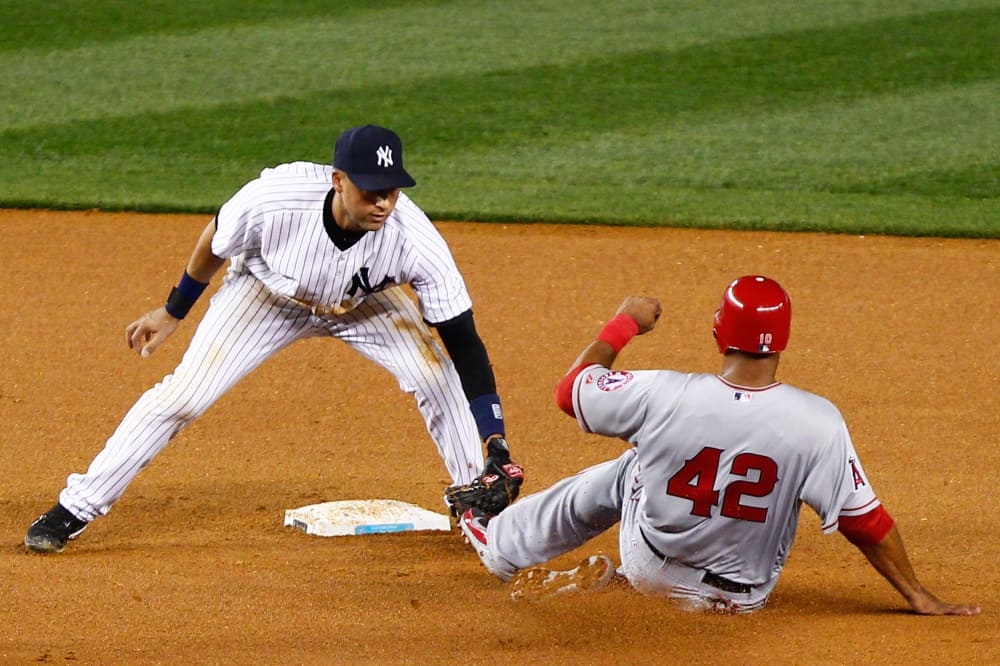 PO stands for Putout in baseball.

A putout is when a fielder completes an out.

Essentially, this stat applies to the player responsible for getting an opposing player out.

This stat is useful to know because it indicates how well a fielder can remove runners from the base paths.

A fielder with a high number in their PO stat, for example, indicates that they frequently tag other players out.

Since a fielder is playing defense, they must be able to get outs as much as they can before the player scores a run by touching home.

How Does A Player Earn More PO? 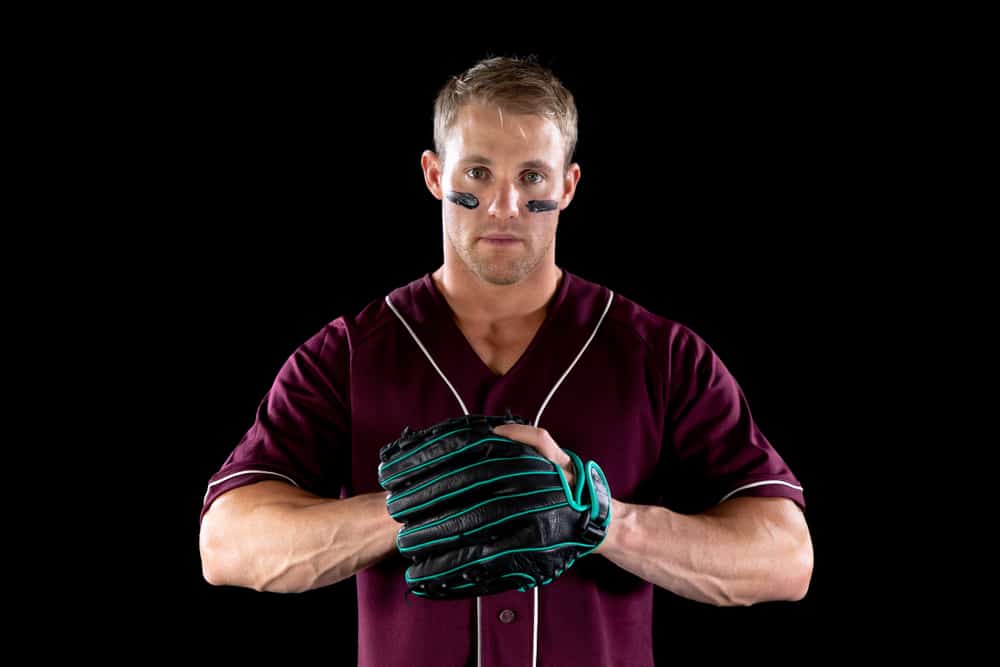 There are a few ways that a player can add to their PO stat.

Here are some ways that a player earns more PO. 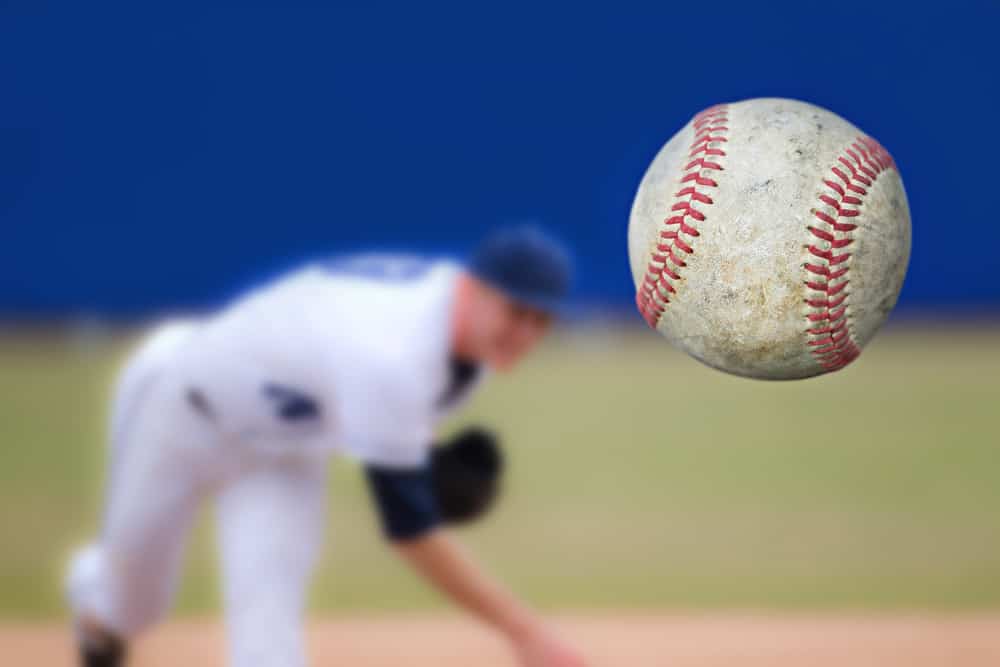 One of the most effective ways for a fielder to add to their PO stat is by catching a flyball.

A flyball is a ball that a batter hits high in the air.

A fielder has to catch the ball before it touches the ground.

If they’re able to do so, then the hitter is out.

They’re unable to reach base despite having hit the ball.

Any ball that’s in the air could become a flyball.

It comes down to a fielder’s ability to run fast enough to catch the ball.

You can watch some pretty incredible plays of fielders launching themselves across the grass to catch a ball and earn an out.

It’s also why you’ll see fielders running down a ball when it starts to soar out of the playing field.

If it’s low enough, they might be able to catch it instead of having it turn into a home run.

Catching a flyball is one of the most common ways for a fielder to earn an out.

2. Stepping On A Base For A Force-Out 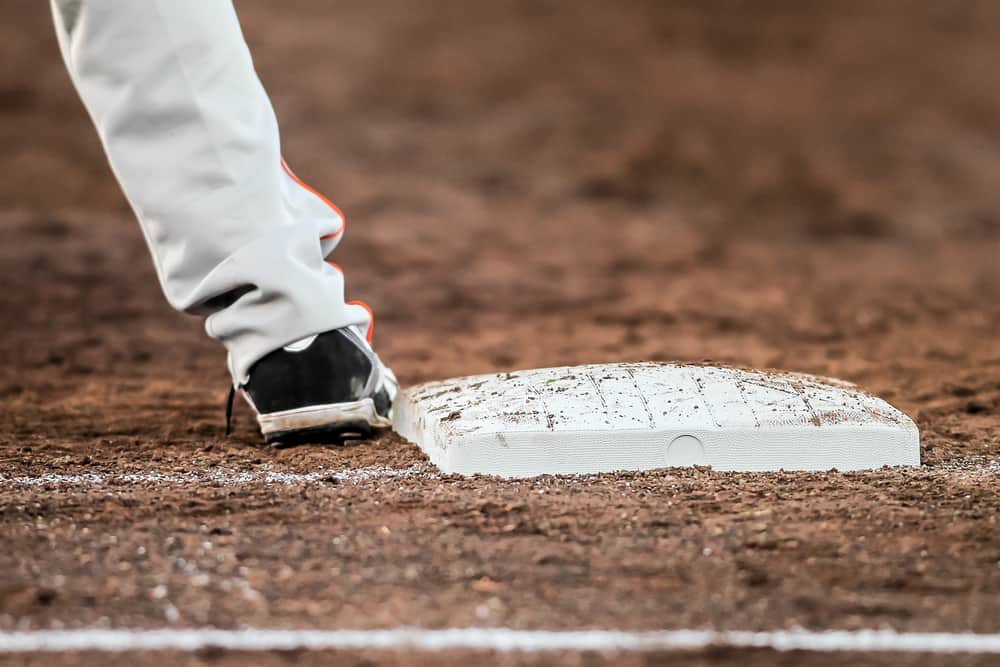 Another way fielders can add to their PO stat is by participating in a force-out.

A force-out occurs when a runner has no choice but to go to the next base.

For example, if a batter hits a single and is running for first base, then the runner on first base has to move to second base to make room for him.

A fielder might realize that the batter can’t make it to the first base in time, but they might be able to stop the runner from reaching second.

As such, they’ll race the runner to second base.

Since the fielder was able to force the runner out, they’re given another point in their PO stat.

This is also quite common when battling for home plate.

Because the home plate is where runners score points, it’s a closely guarded area.

Any time someone makes a run for it, most fielders do what they can to get the ball to home plate before the runner.

As long as a fielder can touch the plate with the ball before the runner gets there, the runner is out and the fielder earns a putout.

Of course, a force-out is only available at home plate if the bases are loaded and the batter has hit the ball.

Otherwise, the runner will need to be tagged by the player who has the ball before he touches the plate. 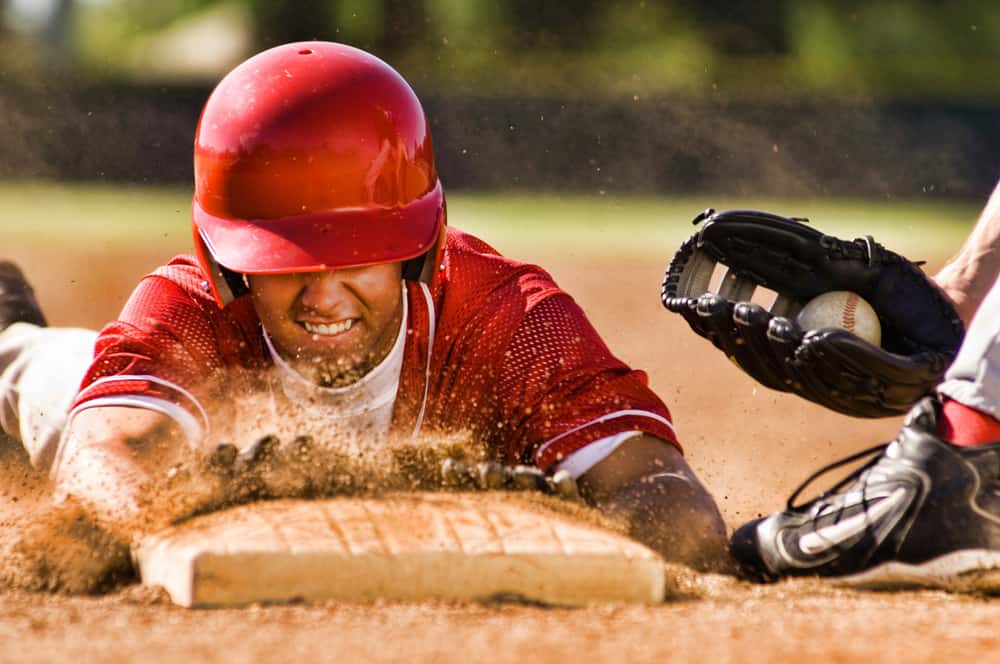 Another common way for a fielder to add to their PO stat is by tagging players.

Fielders tag runners when they have the ball.

If the runner hasn’t touched the base and the fielder has the ball, then they can tag the runner, and the runner is out.

This often occurs when a runner is trying to steal a base.

They might suddenly take off, but if a fielder can gain possession of the ball, then they can meet the base stealer partway to get them out.

That’s why stealing bases can be risky.

The same goes for a standard runner.

If someone hits the ball and the runners are moving up a base, a fielder might be able to tag someone.

If they’re fast enough, they might be able to catch the ball and run the runner down.

If they’re able to touch the runner before they make it to base, then they can get them out.

As a result, they add to their PO score. 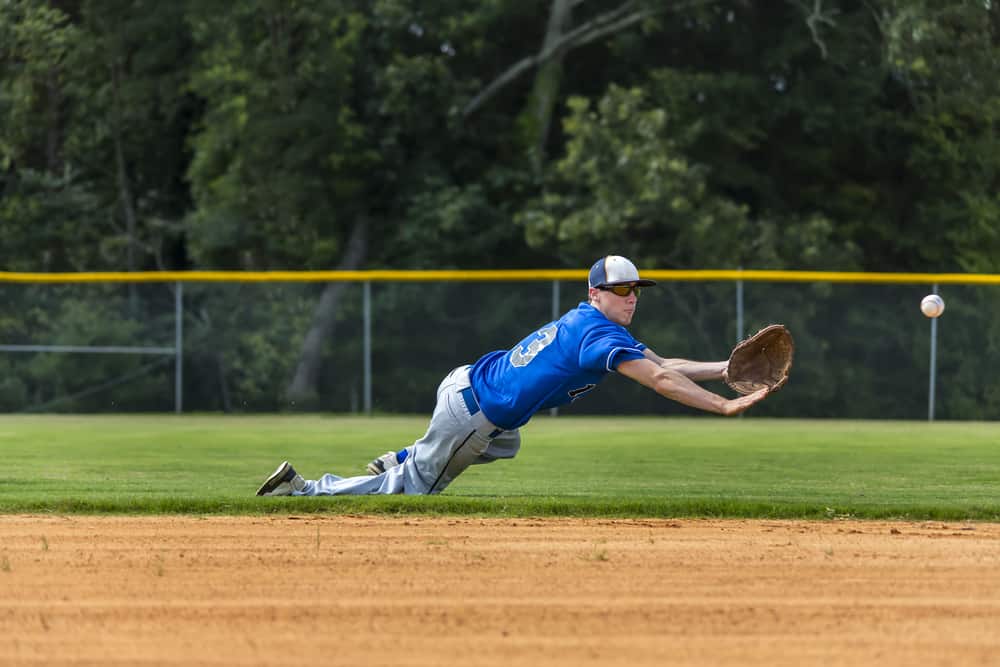 Some players can also earn a PO by catching the third strike.

In this instance, it’s the catcher who adds to their PO score.

The catcher is the player who is situated behind the hitter and catches the ball that the pitcher throws.

If the batter doesn’t hit the ball, then it’s up to the catcher to catch it.

If the catcher doesn’t catch that third strike, then the batter might try to make a run for first base.

As such, the catcher needs to catch the ball.

The catcher will also coordinate with the pitcher on different plays or pitches to attempt.

Since catchers aren’t out in the field running the ball down, you might think they don’t have a PO score.

That isn’t the case.

Catchers are also able to earn a putout because they receive a point any time they catch a third strikeout.

That’s because the third strike essentially gets the batter out.

Since the catcher is the one who caught the ball, that’s who gets credit for the out.

As such, catchers can add to their PO score by catching the strikeout ball.

What Players Tend To Have The Highest PO Stats? 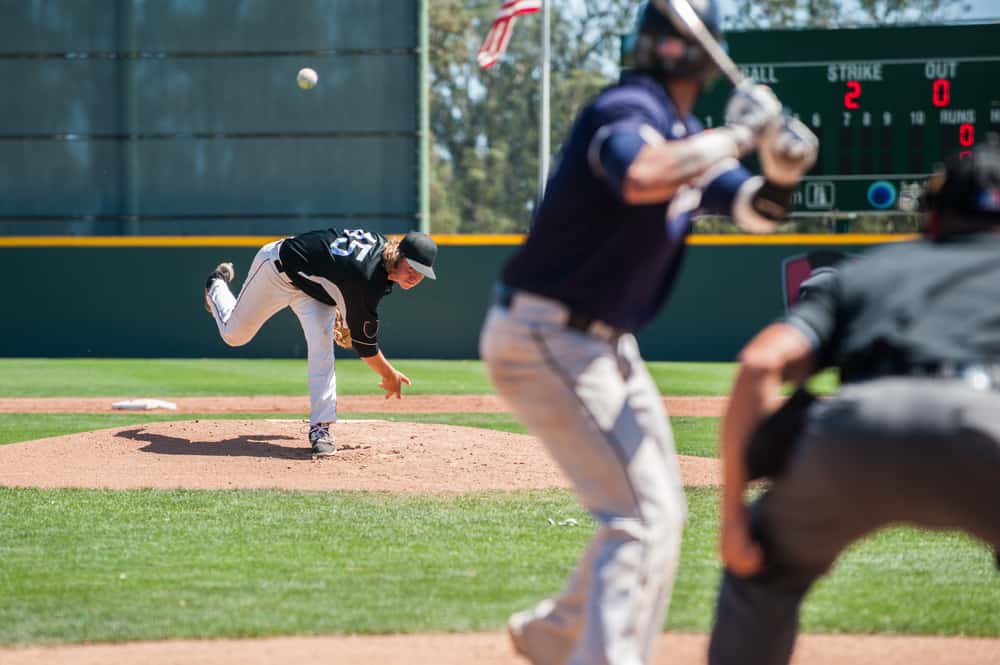 When examining the different PO stats of fielders, you might see that some are quite larger than others.

This might suggest that the fielder isn’t that good at tagging or forcing runners out.

However, that isn’t always the case.

Some positions are just naturally better at collecting PO points than others.

In fact, the players that tend to have the highest PO scores are catches and first-base players.

That’s because catchers get a PO each time they catch a strikeout ball.

Since a pitcher is usually doing everything they can to strike out a hitter, there’s a good chance that the catcher is going to receive a lot of PO points as opposed to other players.

It tends to come down to how good the pitcher is.

If the pitcher has a high strikeout rate, then the catcher is also going to have a high PO rate.

That’s because they tend to catch a lot of single flyballs.

The first base is one of the most important bases to defend.

If the defense can keep runners from reaching first base, they don’t have to worry about them scoring.

It also means that if a player hits a home run, then they’re the only one scoring a point since the defense did everything they could to keep runners from reaching first base.

First basemen are also in the perfect area for ground balls.

Some hitters will choose to hit a ground ball in an attempt to race the first baseman back to first base.

If the first baseman is faster, then they can tag the runner out.

The unique positions of the catcher and first baseman allow them to earn a high PO stat.

Who Has The Highest PO In Baseball? 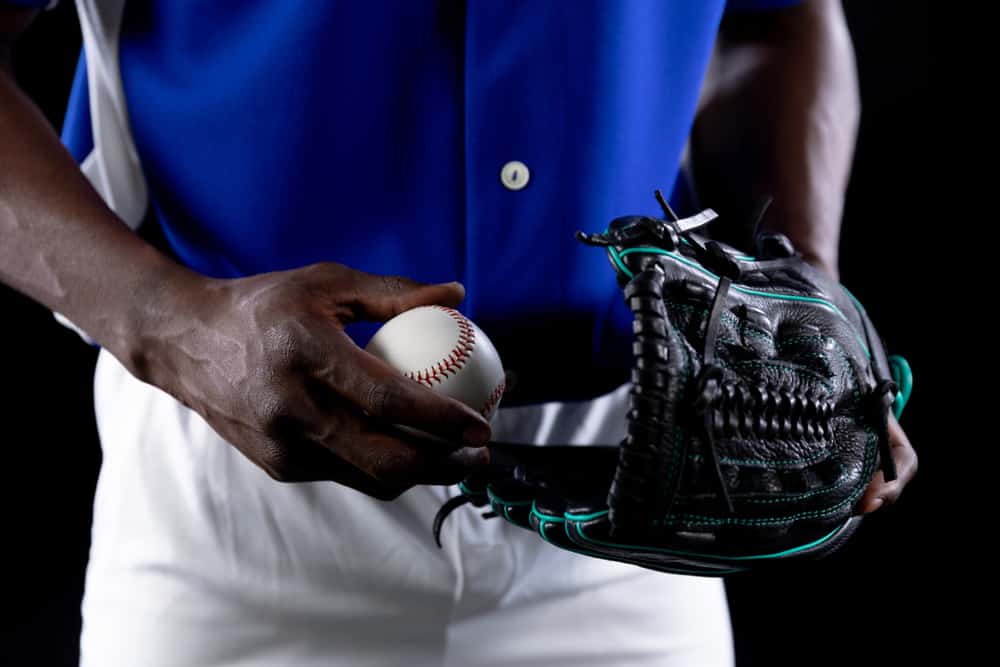 The player with the highest PO in baseball is Jake Beckley.

The player with the second-highest PO in baseball is Cap Anson.

In third place is Ed Konetchy.

Part of the reason that Jake Beckley may have earned as many putouts as he did was that he was a first baseman. 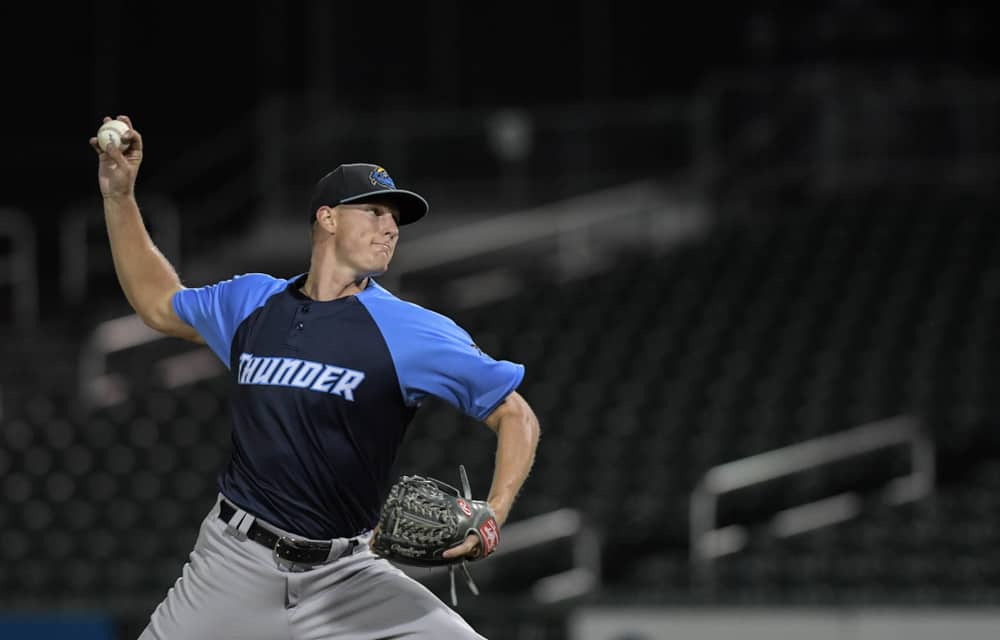 While PO usually means putout, it could also mean pitcher-only.

This is a phrase commonly seen in softball and youth baseball.

When someone is pitcher-only, it indicates that they only play as a pitcher.

You won’t see them taking up positions elsewhere on the field.

It’s rare for young players to be pitcher-only.

In most cases, youth teams try to share the role to give everyone a chance at pitching the ball.

As sports become more competitive in high school, then you might start to see PO next to a certain player’s name.

This indicates that the team has chosen them to play only as the team’s pitcher.

As such, while PO might mean putout, it can also indicate that the player only pitches.

PO is a fun stat to look at since it indicates how many outs a fielder has earned.

The catcher and first baseman are among the positions that tend to have the highest PO score due to their positions.

What Does PO Mean In Baseball? (Explained)