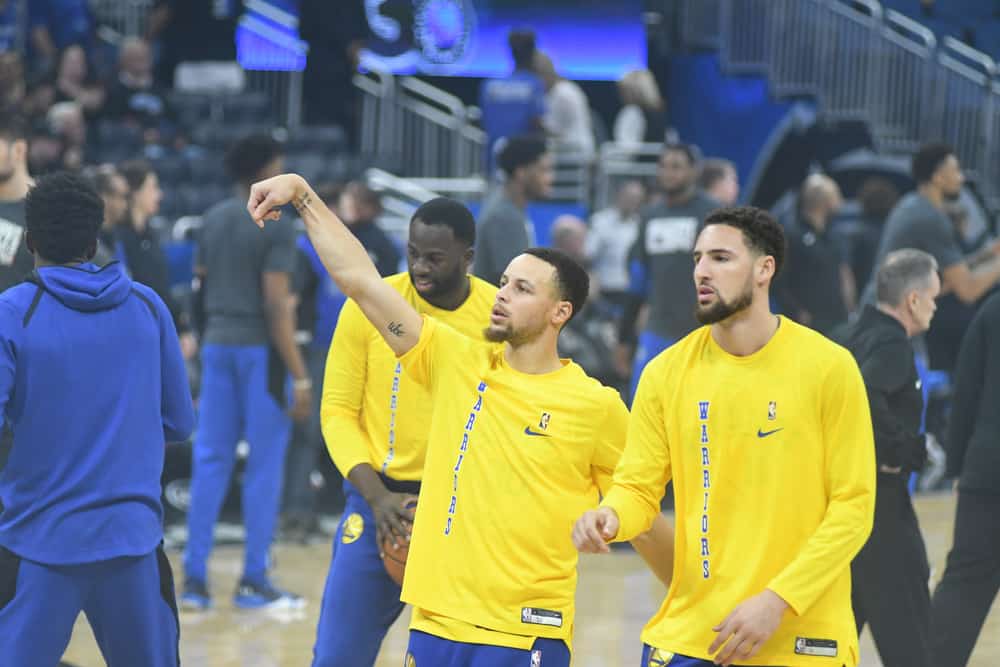 The Golden State Warriors have a few players in contention for an all-star spot after first voting returns.

The NBA fan voting is mostly a popularity contest, but those are not the only votes that count.

After the fans, there are also media and the players’ votes who decide who is an all-star starter.

It seems like one Warriors star should be a lock to start the game.

Curry leads all Western Conference guards by a large margin, and is second in the conference in votes behind LeBron James.

Despite being sidelined since December 14th, Curry has played at an elite level this season.

Other Warriors you can see on the list are Klay Thompson, Andrew Wiggins, Draymond Green, Kevon Looney, and Jordan Poole.

The Warriors have one of the strongest fan bases in the NBA, so seeing their players with a ton of votes is not a surprise.

Even though Draymond Green is averaging 7.8 points, 6.8 rebounds, and 6.7 assists, he deserves to be an all-star.

His defensive impact can not be quantified in a box score, and that should be recognized among the voters.

Two other players with a shot at making the team are Thompson and Poole.

Both of them have stepped up of late with Curry sidelined.

Poole is averaging a career-high 20.6 points per game, and Thompson has been on fire.

He looks like the old Klay, averaging 26.0 points over the last 10 games.

While Curry is a lock for the team, it will be interesting to see which other Warriors can push for a spot.

Warriors GM Comments On What Makes The Trade Deadline Difficult

Steph Curry Had A Shocking Reaction To Get Ejected

Jordan Poole Was Clutch For The Warriors Wednesday

Jordan Poole Had Hilarious Reaction With Steph Curry After Game-Winner

The Warriors May Suffer A Surprising Loss This Summer

Steph Curry And Family Own A Legendary NBA Mark

The Warriors Will Be Very Short-Handed Friday Night

Steph Curry Had A Must-See Shot In Boston On Thursday

The Warriors Are In The Danger Zone

The Warriors Want To Reignite A Rivalry On Thursday

Draymond Green Talks About His Future

The Warriors Have Made It To Washington