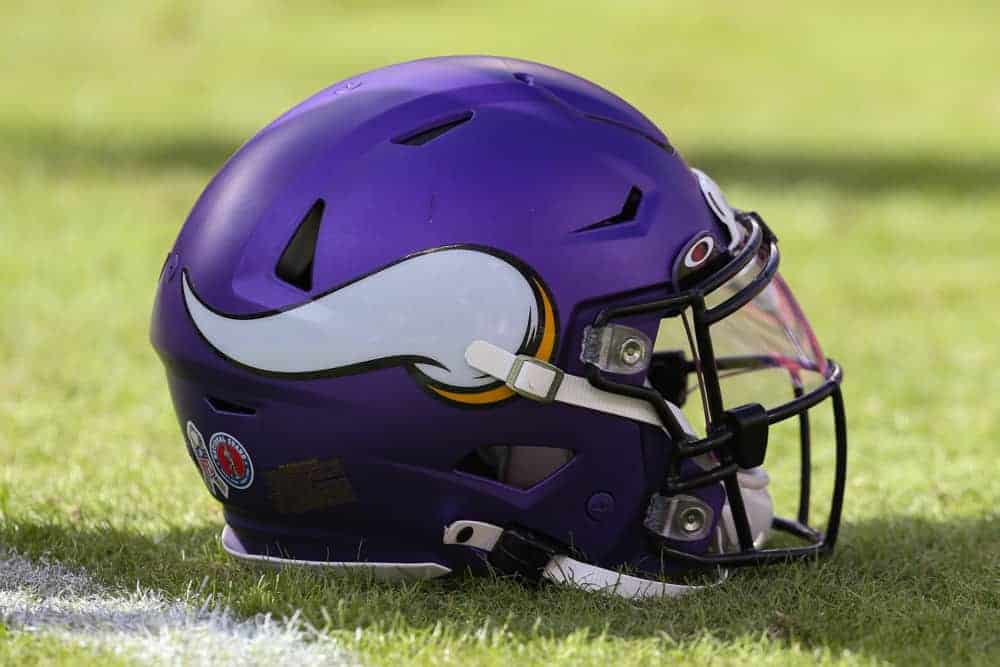 During another season of extended absences, the #Vikings waived third-year cornerback Holton Hillhttps://t.co/ryPNzDM3d3

For Hill, it is the end of a rocky relationship with the franchise that has seen many ups and downs.

Undrafted out of college, Hill was picked up by the Vikings for just $75,000.

He showed potential during his rookie season, becoming a starter for three games and intercepting a pass.

Though it wasn’t a huge sample size, he showed the potential of becoming a top corner in the league.

However, a pair of four-game suspensions derailed his 2019 season and developed a rocky relationship with head coach Mike Zimmer.

One of the suspensions was for using performance-enhancing drugs, with the other for violating the NFL’s substance-abuse policy.

In 2020, Hill was looking for a bounce back season.

2020 Was A Potential Breakout Season for Hill

Coming into this season, Hill was seen as the team’s top cornerback after training camp.

Many were looking for the corner to take a big step forward for the team.

Pro Football Focus named Hill as one of the top breakout candidates at his position.

“In his two years on the field, Hill has produced a 73.0 coverage grade on just over 300 coverage snaps. He’s allowed under a yard per cover snap in that span,” Treash said.

Because of this, and his physicality in tight coverage, PFF believed in his breakout potential.

This also came after departures from the team’s previous cornerback core of Xavier Rhodes, Mackenzie Alexander and Trae Waynes.

Zimmer expressed how Hill had impressed him during training camp.

“(Hill’s) done a good job,” Zimmer said. “He’s come back, seems to be a lot more mature this year. A lot more business-like.”

What Went Wrong For Hill?

Hill has had his struggles this season.

He started the first four games this season and looked bad, allowing a 120.9 passer rating and giving up 250 yards with two TDs.

On top of this, a foot injury before Week 5 had kept him off the field since then.

Apparently, the Vikings didn’t foresee him making it back this season and contributing to the team.

Holton Hill went from opening day starter to waived off IR in just a few months. Disappointing as he had some real potential. https://t.co/Cmoli8y8vy

Hill is set to become a free agent this offseason where, due to his past off-field troubles and lack of success in 2020, the team would have likely let him walk anyway.

Hill’s release also comes when the Vikings’ secondary is proving themselves on the field.

Rookie Cameron Dantzler has been steadily improving this year, with his best game of the season coming this past weekend.

During the game, he allowed just one catch for three yards, while also intercepting a pass.

Another rookie, Jeff Gladney, has proven himself as the team’s most consistent corner.

With these two young corner pieces, the Vikings appear to be comfortable with what they have at the cornerback position moving forward.

They have some good, young players to build around and it appears that they are more than willing to move on from Hill.

Now, Hill will be eligible to be scooped up by another team.

While his injury may deter some teams from adding him this season, expect a few franchises to go for him in the offseason.

At just 23-years-old, Hill is still a young player with a lot of potential.

He has had to prove himself coming from an undrafted background, and he will likely have even more to show to the league now.

A Surprise NFL Coach Takes Lead In Odds To Be Fired

Richard Sherman Shows He Is Still Not Over Super Bowl Loss