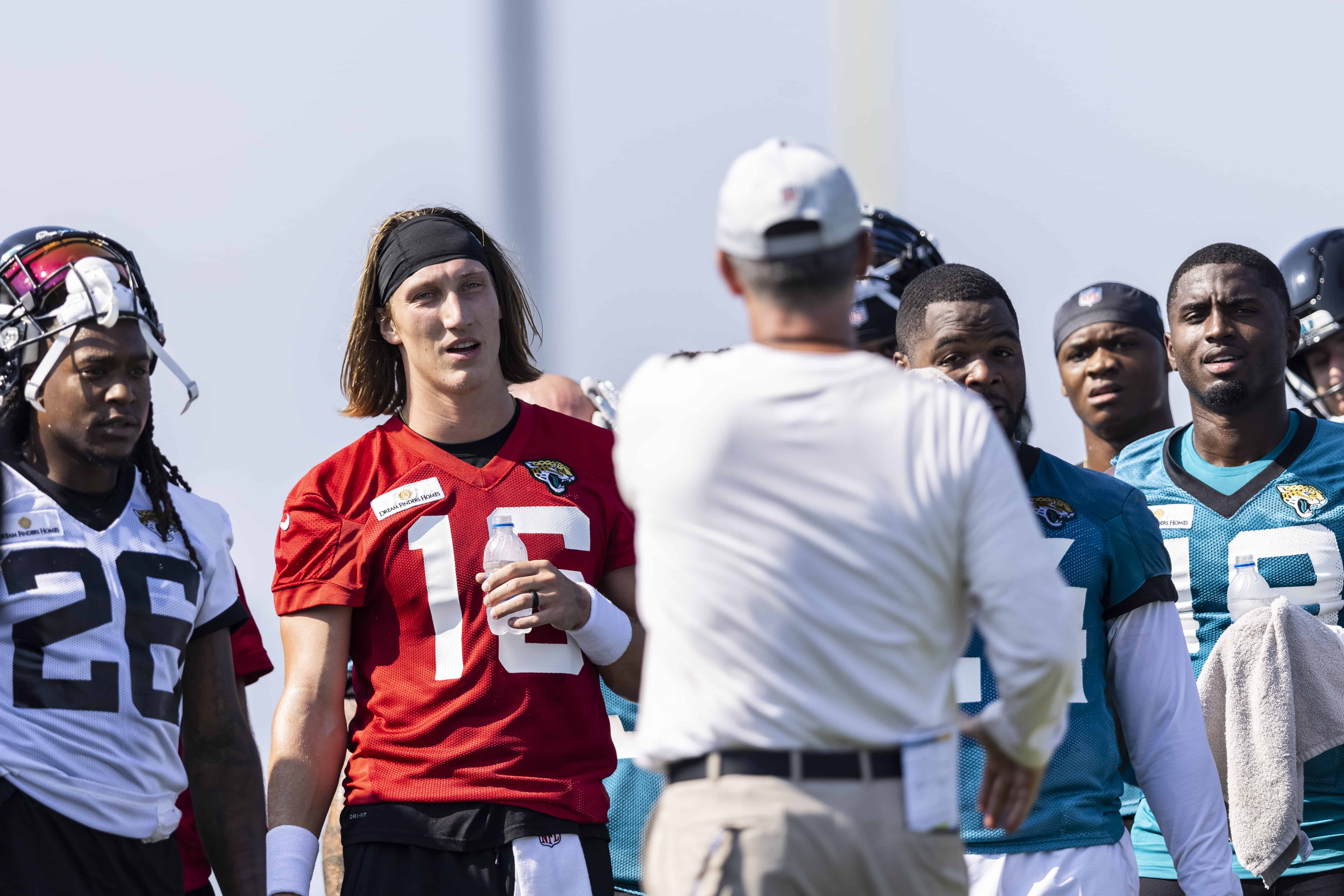 The Jacksonville Jaguars hired Urban Meyer and drafted Trevor Lawerence this year in an attempt to turn the franchise around and do so fast.

That means getting Lawrence on the field and letting him prove what he can do.

So one could safely assume Lawrence will start Week 1, right?

Not so fast, according to Meyer.

Will Jaguars fans riot if Gardner Minshew is the starter Week 1?

Not A True Competition

Meyer is a hard-nosed former college coach and wants to instill plenty of competition among his roster.

That appears to be what he is doing here.

Urban Meyer: Trevor Lawrence and Gardner Minshew are in an open competition at QB

Because there is no way, in any reality, that Minshew gets the start over Lawrence in Week 1.

While Minshew does seem like a fun guy, the whole Jaguars organization may give up on the season if Lawrence is not out there to start.

The thing with Minshew is that he has not had any overwhelming success during his time in Jacksonville.

Now we know quarterback win-loss records are not the best way to gauge talent.

But there is still a reason the Jaguars drafted Lawrence with the top overall pick in the draft.

If Minshew was the answer, the team would have gone in another direction.

Lawrence has to know he will be the starter Week 1.

However, he is still only 21 years old and may appreciate the added motivation to know he won’t just walk in and win the job.

Well, he will, but Meyer isn’t coming out and praising and anointing him just yet.

Jaguars fans are not going to care how Meyer chooses to motivate his team as long as they see Lawrence in 2021 and also put a competent product on the field.

And while it is fair to expect Lawrence to have a bumpy ride at first, that is part of being a rookie quarterback on a bad team.

His goal is to develop and help turn things around in the next several years.

Meyer also wants to win and has to know Minshew is not going to move the needle much in that regard.

The best role for Minshew in 2021 is to serve as a mentor for Lawrence.

Doing so and seeing the Jaguars offense thrive would only boost his own value as a backup later on in his career.

That is a good way to make a living and Minshew is young enough to where he could even start again if a situation is right.

That situation is just not in Jacksonville, where Lawrence is seen as the hopeful starter for the next decade-plus.

Trevor Lawrence Lands A Surprising Honor To Finish His Season

NFL Insider Proves Why Trevor Lawrence Is A Future Star

Trevor Lawrence Had An Unbelievable Streak End On Saturday

Trevor Lawrence Had A Leadership Moment After Playoff Loss

The Jaguars Remain Focused On A Great Fan Experience

Trevor Lawrence Has A Message For Jaguars Fans

Trevor Lawrence Is Emerging As A Star In The NFL

Rayshawn Jenkins Had A Game For The Ages On Sunday

The Jaguars Should Be AFC South Favorites