You are here: Home / Sports / NFL / Trey Lance Had A Positive Reaction To Jimmy Garoppolo Staying

When the 2022 NFL offseason started, the San Francisco 49ers seemed to be in a mess.

All-Pro wide receiver Deebo Samuel wanted to be traded, and they had a brewing quarterback controversy on their hands.

Incumbent starter Jimmy Garoppolo had been very solid over the last few years, but he hadn’t gotten them over the hump despite two NFC Championship Games and one Super Bowl appearance.

Right on his heels was Trey Lance, who was a rookie last season, and although he had barely played, he had shown the potential to be a better QB than Garoppolo in the long run.

The fan base seemed divided on whether Garoppolo or Lance should start this season, but the team went with Lance.

It shifted the focus to what would happen to Garoppolo – would he be traded or released?

As it turned out, the least likely option became a reality – he remained with the team and was made Lance’s backup.

One may think Lance would be slightly peeved, but in reality, he has reportedly welcomed having Garoppolo back in the fold.

Shanahan, on how Jimmy Garoppolo can help Trey Lance this year:

"When I told Trey that Jimmy was gonna come back, he said, 'awesome.That dude was awesome for me last year.' When you have a QB room that likes each other, it makes it more enjoyable to come to work."

According to head coach Kyle Shanahan, when Lance learned the news, he said, “Awesome. That dude was awesome for me last year.”

In fact, Shanahan said that his two main signal-callers are getting along very well.

“Trey and Jimmy have a great relationship,” Shanahan said. “Trey actually likes having Jimmy in the building. Trey was very grateful how Jimmy was to him last year and we feel very strongly from the two people, that Jimmy will give that back to Trey this year.”

The 49ers Could Have The Best Backup Quarterback In The NFL

Garoppolo may not be an elite QB, but he is an accomplished one who is better than the majority of the league’s 31 other starters at the position.

In 45 starts for San Francisco over the last five seasons, he has won 31 games while posting a 98.3 rating.

Last season he threw for 3,810 yards and 20 touchdowns in 15 contests, two seasons after registering 3,978 yards and 27 touchdowns.

The Niners have made it clear they’re fully invested in Lance moving forward, but there is always the chance he goes through a stretch where he plays very poorly.

In that scenario, Shanahan could always temporarily move Garoppolo back into the starting lineup, if for no other reason than to salvage Lance’s confidence and the team’s record.

With plenty of talent and depth at the running back position and on the defensive side of the football, Lance may not have to be spectacular for the 49ers to win a lot of games, especially early in the season.

What they have going for them under center may somewhat resemble a stretch of their storied past, only in reverse.

Could This Be Montana-Young Redux?

In the first half of the 1980s, Joe Montana established himself as the game’s greatest QB, as he led San Francisco to two world championships in a four-year span.

But by 1986, he started to become ravaged by injuries, and when he missed three games in 1987, a young QB named Steve Young stepped in and played very well, creating a QB controversy for the 1988 season.

Montana remained the starter, and the Niners won the next two Super Bowls, and he went on the shelf in 1991 and for most of 1992 with a severe elbow injury.

Young proved himself during that time, and instead of serving as the team’s QB2 when he returned, Montana asked to be traded.

The team’s current situation could be something like the reverse of Montana-Young, the difference being Garoppolo likely won’t make the Hall of Fame, and no one knows right now how great (or not so great) Lance will be.

But there’s no doubt the 49ers have a QB situation the other 31 teams should envy. 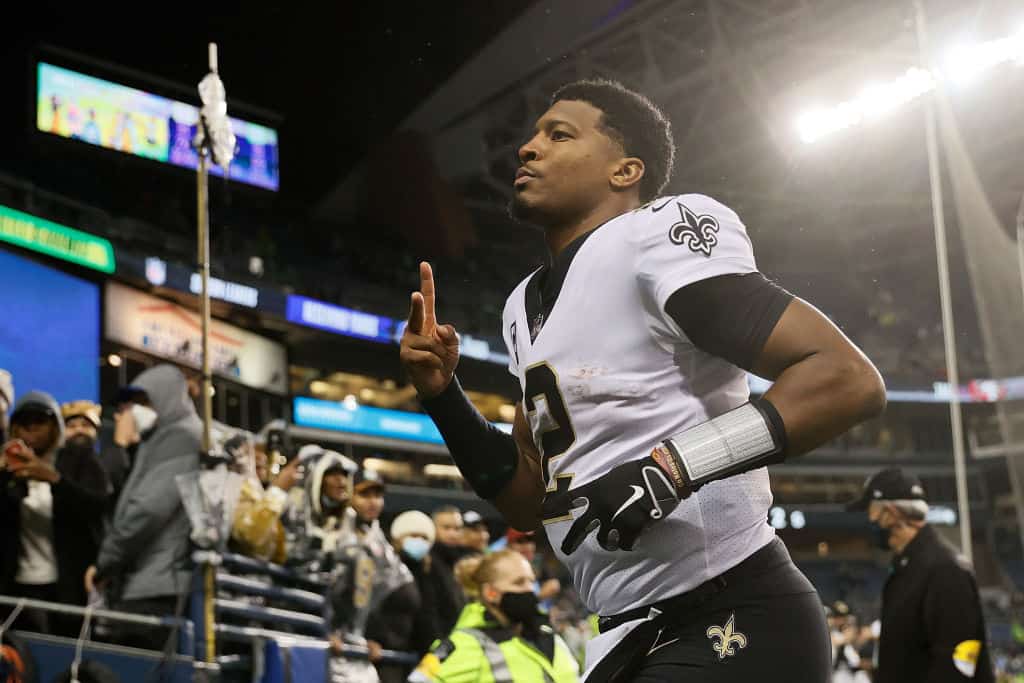 Trey Lance Had A Positive Reaction To Jimmy Garoppolo Staying