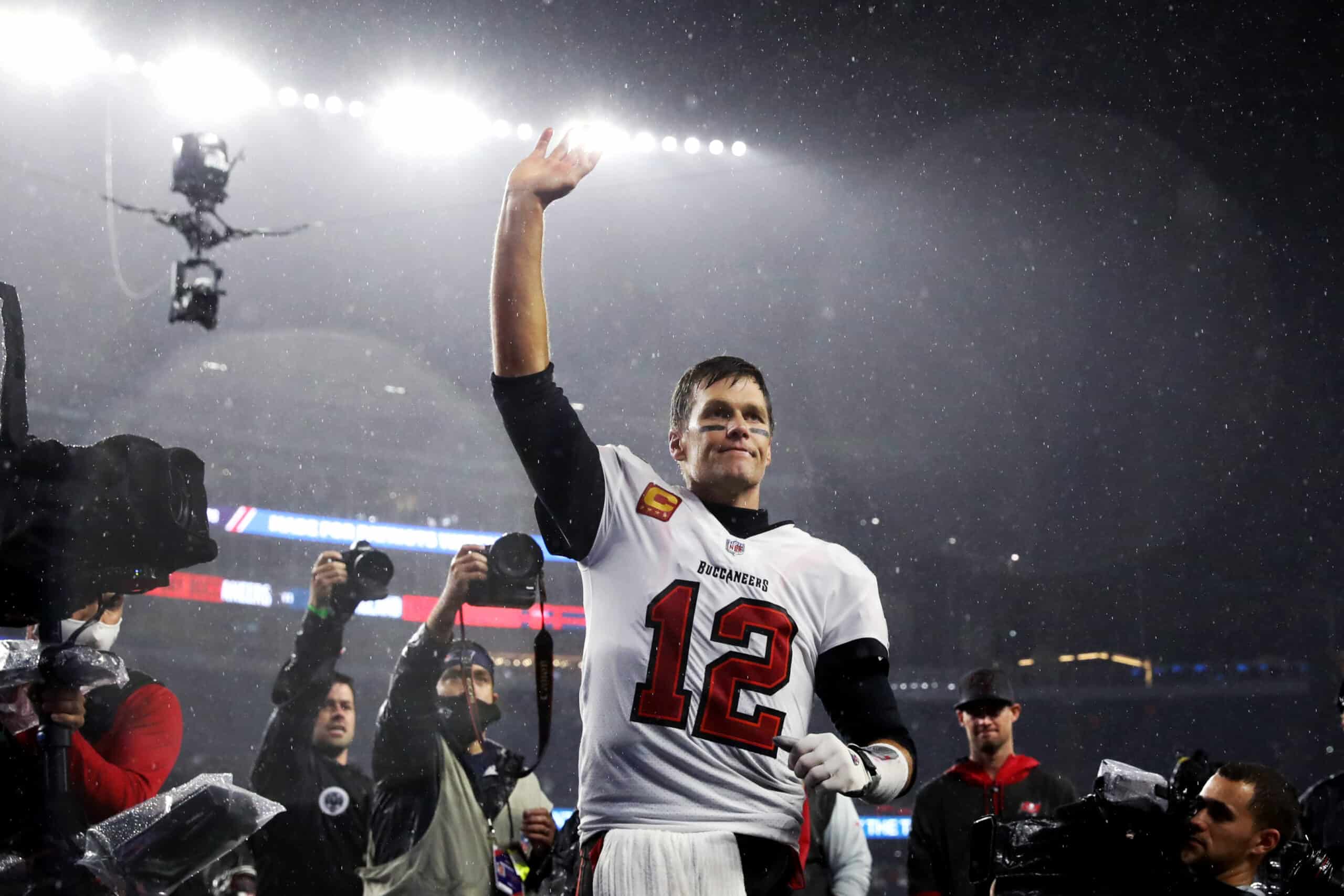 As long as he keeps on playing, Tampa Bay Buccaneers quarterback Tom Brady will keep on chasing NFL records.

While he already holds every meaningful record for his position, he can either pad his lead or chase more milestones.

What’s more fascinating is that he isn’t showing signs of slowing down.

In his 22nd season in the league and second with the Buccaneers, he threw for 5,316 yards and 43 touchdowns.

Those numbers are often seen from a quarterback at the peak of his career.

But Brady’s peak will stretch until 2022 after ending his 40-day retirement to come back and play.

Undoubtedly, he is a model athlete in terms of taking care of his body.

With the rate he is going, he might even chase George Blanda‘s record for oldest quarterback in league history.

No one knows if he will continue to play for four more years to achieve that feat.

But for now, he is already establishing more records at his current age.

Players who ever thrown an NFL passes at 44+ years old [@gmfb] pic.twitter.com/DhIDYXpF4L

NFL insider Dov Kleiman shared the list of quarterbacks who threw passes at 44 years old and beyond.

Combining the totals of Vinny Testaverde, Warren Moon, Steve DeBerg, and George Blanda wouldn’t even reach half of Brady’s number.

Perhaps Brady might have found the fountain of youth because he is playing better at an age wherein most NFL players are retired and have started coaching.

Brady Wants Nothing But Another Super Bowl

But for the seven-time Super Bowl winner, milestones like these don’t mean anything if he cannot back it up with a Super Bowl ring.

He came close to winning another one after inspiring the Buccaneers to a comeback after being down 27-3.

Sadly, the Los Angeles Rams edged them with a walk-off field goal.

Brady will be back in 2022 with the vengeance, hoping to add another ring to his record-number collection.

Tom Brady Reveals When He Will Start His Broadcasting Career