You are here: Home / Sports / NBA / Timberwolves Star Is Generating Some Serious Interest 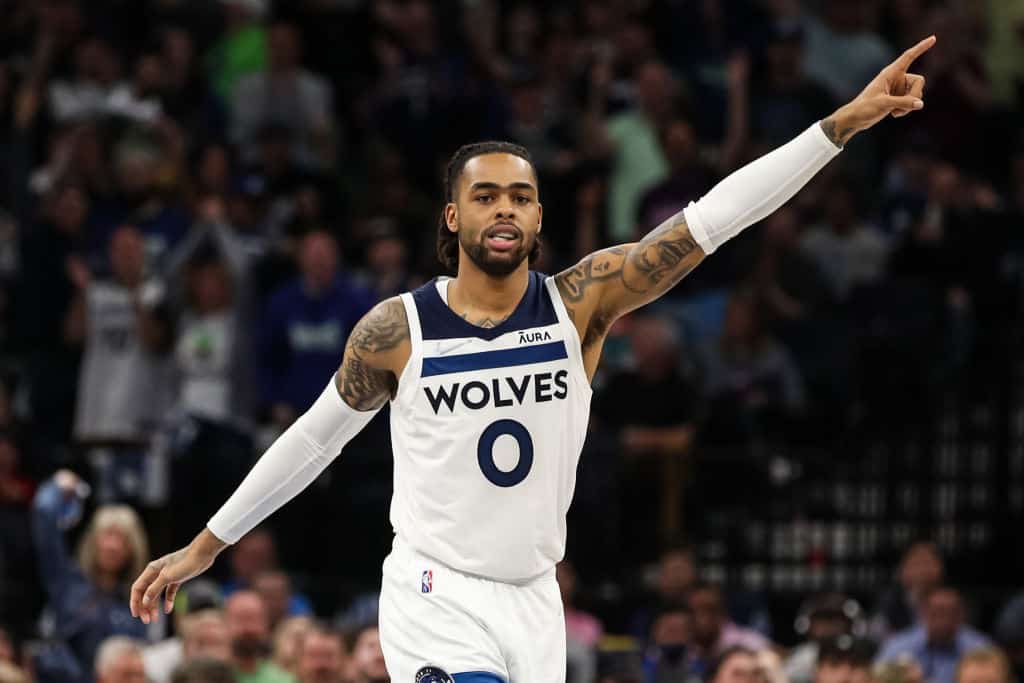 Due to the fact that the Miami Heat are not nearly as good as they want to be, we should expect the team to be very active at the trade deadline.

They started 2022-23 with pretty much the exact same squad they had last year, minus P.J. Tucker who was traded away to the Philadelphia 76ers.

Obviously, things aren’t working as they want and the team is barely hanging onto the 8th spot in the East at a perfectly .500 15-15 record.

“I’m told that the Miami Heat are showing some trade interest, just a little bit, in D’Angelo Russell of the Wolves”

We don’t know where their wandering eyes will take them but the latest rumor, from SKORNorth reporter Darren Wolfson, says that the Heat are looking to the Timberwolves.

“I’m told that the Miami Heat are showing some trade interest, just a little bit, in D’Angelo Russell of the Wolves,” Wolfson said on Minnesota TV.

But do they have what it takes to win him over from the T-Wolves?

The Heat Will Haggle

What would the Heat be willing to offer the Timberwolves for Russell, if they indeed decide to pursue him?

You can bet that Kyle Lowry would be a possible trade asset but Minnesota will want more than that.

They will likely demand at least one or two draft picks for Russell too.

Draft picks are one of the things that the Timberwolves are lacking since they gave away a treasure chest full of them in the summer acquiring Rudy Gobert from the Utah Jazz.

The Heat will have to put up a lot if they want to entice the Timberwolves to give away one of their most valued stars.

Are The Heat Becoming A Dark-Horse Contender In The East?

John Collins Would Make A Nice Addition To The Heat

The Heat Are Keeping An Eye On A Surging Star

There Has Been One Reason For The Miami Heat's Resurgence

The Heat Aren't Letting Go Of Their Powerful Big Man

Jimmy Butler Gets Positive News On His Injury

Erik Spoelstra Explains His Team Strategy With The Heat

Duncan Robinson Has Made NBA History To Start Career

2 Players That Should Interest The Heat At The Deadline

1 Player The Heat Should Look To Trade For

NBA Legend Gets Brutally Honest About The Heat

The Heat Will Be Short-Handed On Friday