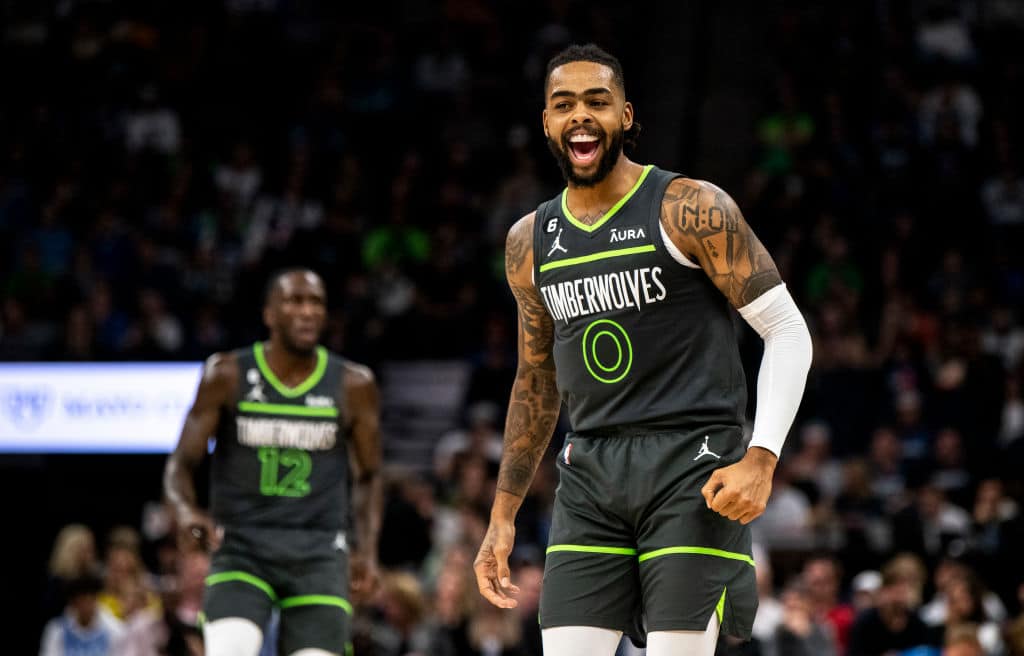 Fans of the Minnesota Timberwolves were definitely expecting a lot more from their favorite team.

At this point in the season, they planned to see the Wolves sitting toward the top of the Western Conference.

The Oklahoma City Thunder and Sacramento Kings are ahead of the Timberwolves and few people saw that coming.

D'Angelo Russell was balling against the Cavaliers 🥶

Still, the team has some legitimate superstars, including D’Angelo Russell.

Russell has been hot or cold too often this season and his name has been tossed around as a possible trade candidate but he came out in a big way on Sunday night.

Perhaps Sunday’s showing will silence the chorus of critics.

That’s a step down from previous seasons and it’s angering some fans.

The reality is that the Timberwolves aren’t as strong as expected and those who love the team are trying to figure out what to change.

This has caused some to say that perhaps Russell should be traded away.

There is still a lot of faith in the frontcourt pairing of Karl-Anthony Towns and Rudy Gobert so much of the blame for the problems of the season has been laid at Russell’s feet.

True, Russell hasn’t been as good as in the past but should he receive all the critiques?

If Russell keeps playing as he did on Sunday then people will stop pleading with the team for a trade.

The Timberwolves Get Some Bad News

Anthony Edwards Keeps Stepping Up For His Team

The Timberwolves Suffered An Embarrassing Moment On Wednesday

Timberwolves Star Was Lacking Enthusiasm On The Floor

3 Reasons To Watch The Timberwolves This Season

The Timberwolves Are Feeling Confident Before The Season

D’Angelo Russell Had An Incredible Assist On Wednesday

Rudy Gobert Is Showing Off A Hidden Talent

The Timberwolves Will Look Bright This Season

Karl-Anthony Towns Really Believes In Himself

Rudy Gobert Reminds Fans Of How Dominant He Is

Anthony Edwards Is Already Off To A Great Postseason Career

Rudy Gobert Will Not Turn The Timberwolves Into Contenders