You are here: Home / Sports / NFL / This Is A Make Or Break Season For Tua Tagovailoa 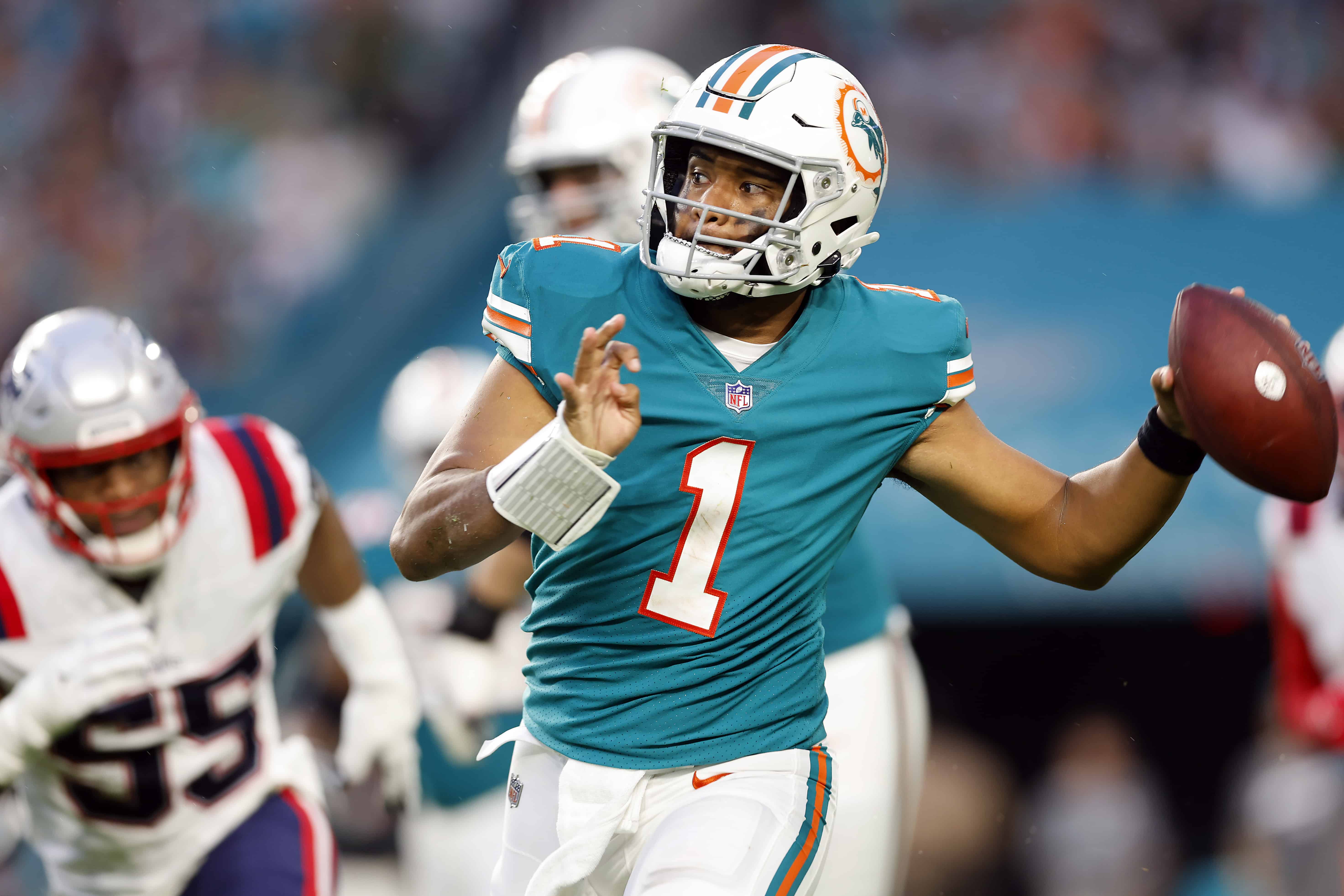 The Miami Dolphins showed they were going all in when they acquired wide receiver Tyreek Hill for five draft picks in the offseason.

They added Hill to an offense that already has Jaylen Waddle and Mike Gesicki.

Now, all of the pressure is on the quarterback, Tua Tagovailoa, to make it work.

Tagovailoa was selected fifth overall in the 2020 NFL draft and he has yet to show the Dolphins why they made the right pick.

In those games, he has 27 touchdowns to 15 interceptions.

The Dolphins QB is known as a dink and dunk passer, meaning he only attempts short passes.

According to Player Profiler, Tua was 31st in the league in air yards per attempt with 6.9.

He was also 30th in the league in deep ball attempts with 28.

Part of that may have been due to the lack of deep threats on the Dolphins roster but that is no longer an issue with the addition of Hill.

Tagovailoa must be able to have more success down the field if the Dolphins want to get back to the playoffs.

What Tagovailoa lacks in arm strength he makes up for it in accuracy.

The talk of training camp is how accurate Tua looks.

The stats are there to back up these claims as well.

Last season, Tua had an accuracy rating of 8.0 which ranked third in the NFL.

To go along with being number one in Red Zone completion percentage with 64.9%.

One spot where Tua had the most success was against zone defenses.

All stats are provided by Player Profiler.

The 24-year-old has done some good things throughout his career but now is the time to take his game to another level.

Tagovailoa is not the most mobile QB in the league but his legs could be key in staying upright this season.

The Dolphins do not have a great offensive line.

According to PFF, they have the 23rd-ranked offensive line in the NFL.

That can be part of the reason why Tua has to get rid of the ball so quickly.

The addition of head coach, Mike McDaniel, should do wonders for Tagovailoa and this offense.

McDaniel comes from San Francisco where he was the offensive coordinator of a team that went to the NFC championship game.

The 49ers utilized a run-first, short passing offense that allowed Jimmy Garoppolo to be successful.

Having a similar approach for Tua could bring out the best in the third-year pro.

The Dolphins have not made the playoffs since 2016.

Success this season for Tagovailoa could be the deciding factor in whether or not the Dolphins pick up his fifth-year option.

Tua had similar hype to Joe Burrow and Justin Herbert coming into the 2020 NFL draft.

Now is make-or-break time for the 24-year-old to have similar success to his counterparts.

This Is A Make Or Break Season For Tua Tagovailoa