You are here: Home / Sports / NBA / The Trail Blazers Could Be Without Their Two Biggest Players 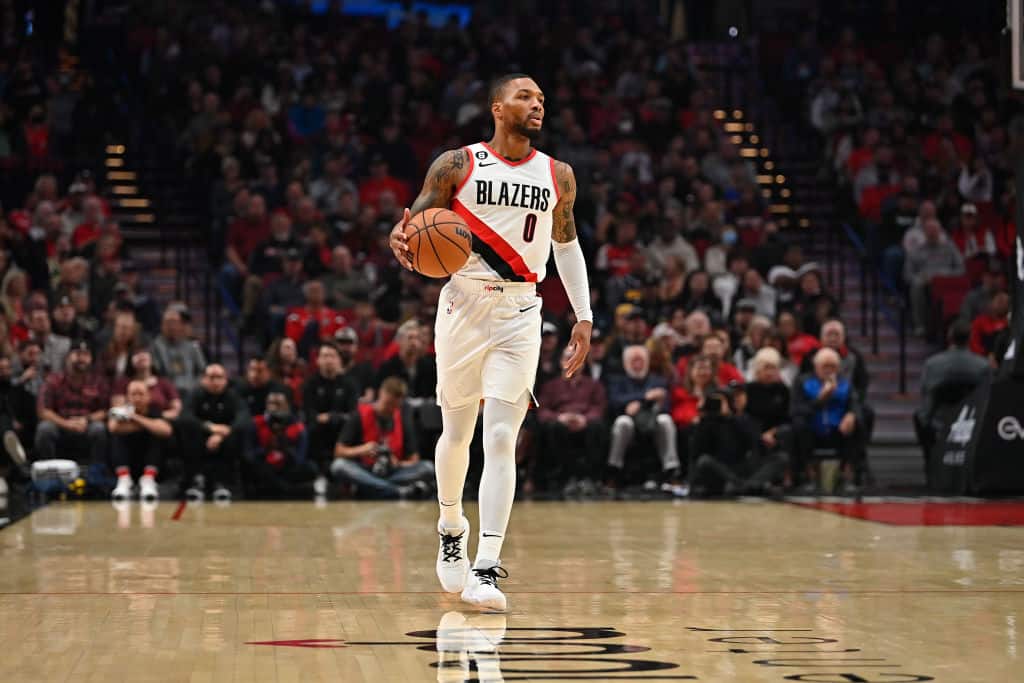 The Portland Trail Blazers have had one of the best starts of the season – and people are taking notice.

Most expected that the Blazers would be a bottom-of-the-barrel team, lucky to even come close to the play-in tournament at the end of the season.

Instead, they got off to a 4-0 start and were putting down teams such as the Phoenix Suns, Los Angeles Lakers, and Denver Nuggets.

They’ve come back down to Earth lately, losing to the Miami Heat and Memphis Grizzlies recently.

Blazers just released their injury report for tomorrow's game in Phoenix. Damian Lillard is listed as "Out" and Anfernee Simons is now "Questionable" with left foot inflammation.

But then came the news that Damian Lillard, the team’s most valuable player, was going to be about due to injury.

That news was bad enough but the team is now saying that Anfernee Simons is questionable for Friday’s game against the Phoenix Suns.

That means that the Trail Blazers might be without both Lillard and Simons, their two more major assets, against one of the best teams in the NBA.

Oh, and they have to play against the Suns again on Saturday night.

It is time for the Blazers to show what they are worth without Lillard.

What can they accomplish when the team’s best player isn’t available?

Lillard was out for most of last season due to surgery and rehabilitation and the team did very poorly.

Is that what will happen this year?

The hope is that Lillard isn’t out for very long and that he and Simons are able to come back as soon as possible.

They had a wonderful start to the season but now the Blazers are facing teams that are getting into the swing of things and striving hard to take the West and then the entire league.