You are here: Home / Sports / NBA / The Trail Blazers Are Giving Fans Hope And Concern 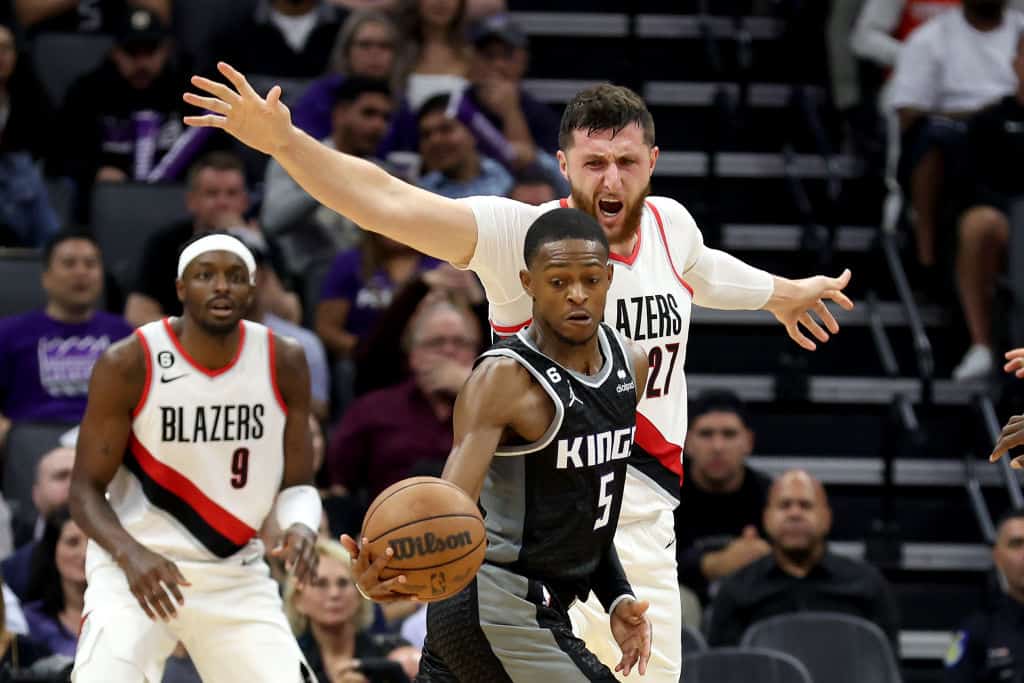 As Wednesday night came to an end, fans of the Portland Trail Blazers had one thought: well, that wasn’t as bad as expected.

Most everyone who follows the team was planning to experience a truly rough and painful year even though Damian Lillard is back.

Some analysts don’t even expect the team to crack 35 wins.

That might still happen but opening night actually left a good taste in the mouths of fans.

The Portland Trail Blazers defeat the Sacramento Kings on the road, 115-108 to start the season 1-0.

The Blazers return to Portland to take on the Phoenix Suns Friday night. pic.twitter.com/hhQZPnndXj

The Blazers took down the Sacramento Kings on the road, winning 115-108 to start their year 1-0.

What was good and what was bad about Portland’s first game?

Highs And Lows For Rose City

The hard work and output from Grant and Simons were terrific and showed that the team has some impressive upstarts who could someday lead the team when Lillard is older and on the bench more.

Speaking of Lillard, how did he do?

His 20 points were not particularly impressive for one of the best guards in the league who used to reach 30 points a night.

It’s been some time since Lillard played due to injury, surgery, and rehab.

He could become the player he once was but he could also keep struggling for a while.

Thankfully, the team is in good hands – they just happen to be mostly untested ones.

Yes, they took down the Kings but what happens when this team goes toe-to-toe with the Golden State Warriors or Milwaukee Bucks?

Will Grant, Simons, Josh Hart, and the others be able to overcome those teams as they did the Kings?

Damian Lillard Has An Obvious Reason To Be Content

Trail Blazers Left Hoping For The Best With Shaedon Sharpe