You are here: Home / Sports / NBA / The Pistons Got Some Very Bad News 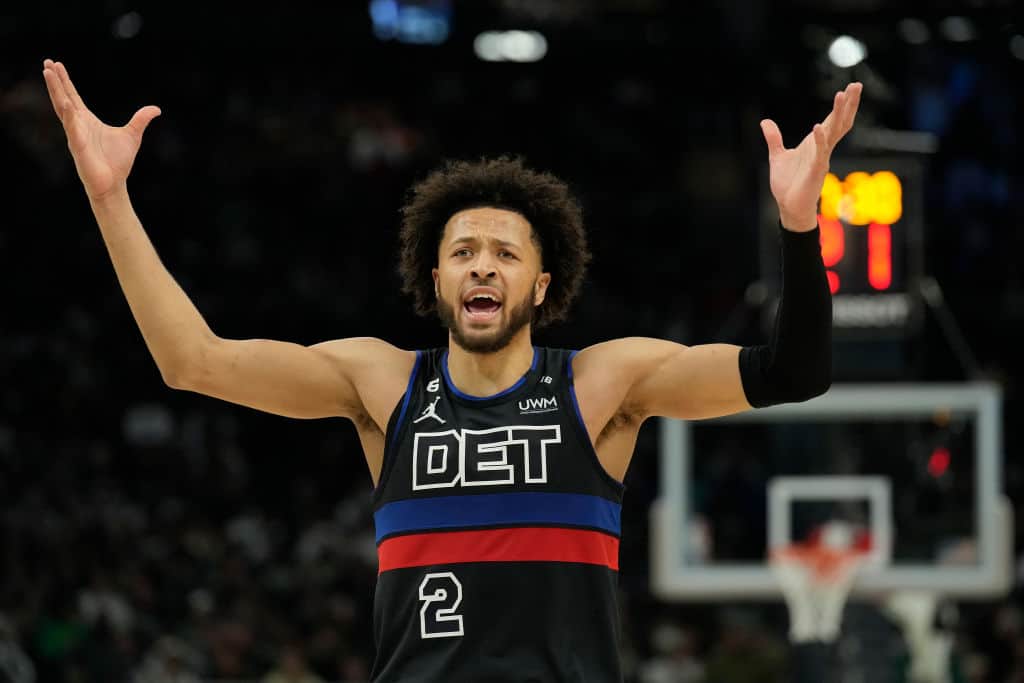 Cade Cunningham of the Detroit Pistons hasn’t played a game since November 11, when he hurt his left shin.

Following his injury, the team was surprisingly mum about Cunningham, his status, his plans, and his future.

There were some people who thought this was because the prognosis was not good.

In fact, some even theorized that the team wasn’t revealing his true condition because they were hoping to continue selling tickets to games.

ESPN Sources: Detroit Pistons guard Cade Cunningham – the No. 1 overall pick in the 2021 NBA Draft – plans to have season-ending surgery on his left shin. Cunningham is expected to make a full recovery ahead of training camp in 2023-2024. pic.twitter.com/0OyUkDOtK7

And now the truth has come out.

Cunningham will miss the rest of the season due to surgery on his left shin.

He is expected to make a full recovery ahead of the next training camp for the 2023-24 season.

So, Cunningham’s season is now officially over which doesn’t surprise many people.

With his exit, the season is also pretty much done for the Pistons, who were already having a lot of problems.

This is bad news for Detroit, but it’s even worse because the absence of Cunningham doesn’t allow the team to find its identity.

The Pistons have a few young, promising stars and Cunningham is among the best of them.

He was the number one overall pick last season and, after a somewhat rough start, really proved himself and looks like the future of this franchise.

Speaking of that future, it’s now in limbo as the team sits and waits.

The development of other players on the squad is supposed to be revolving around Cunningham since he is the centerpiece of the squad.

But how can that happen now that he is out for the rest of the season?

Jalen Duren Continues To Thrive For The Pistons

The Pistons Have Fallen Even Lower

The Pistons Are Open To A Big Trade

The Pistons Aren't Giving The Lakers What They Want

One Pistons Player Had A Career-Defining Night

The Pistons Are Loving Their Latest Addition

Pistons Are Struggling With Transition Defense To Start The Year

Jaden Ivey Has A Lot Of Fight In Him

Kevin Knox Is Getting Another NBA Chance

The Pistons Are Reviving An Interesting Throwback Uniform

Saddiq Bey Has Had An Incredibly Unique Offseason

The Knicks Just Helped The Pistons Jumpstart A Rebuild

The Pistons Got Some Very Bad News