You are here: Home / Sports / NBA / The Nets Are Making History With Their Offensive Skill 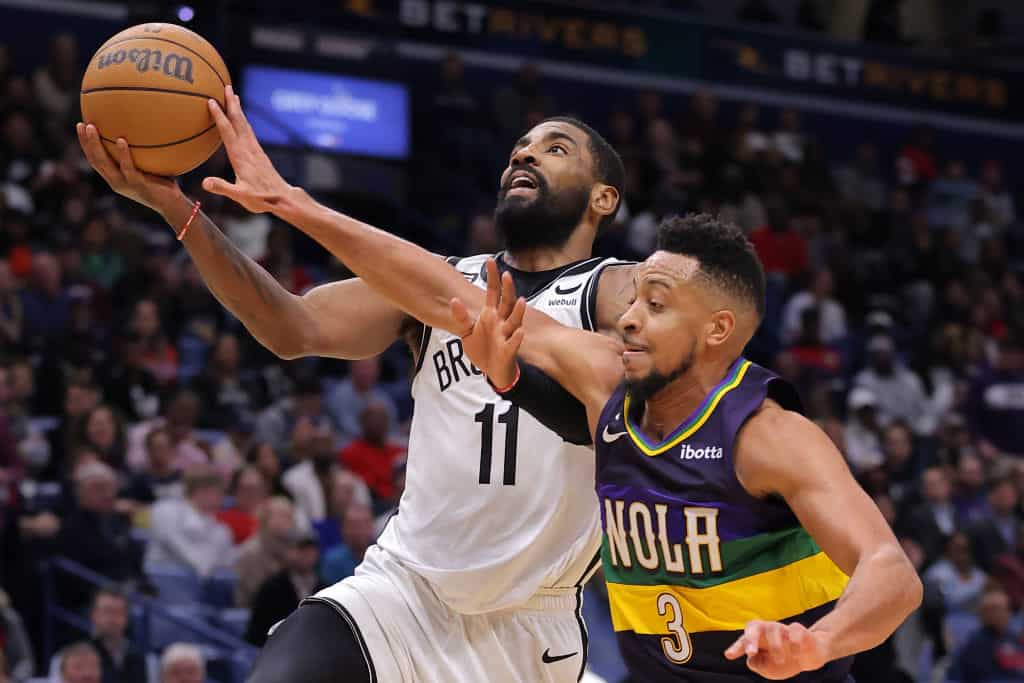 The bounceback of the Brooklyn Nets this season is one of the best turnarounds the NBA has seen in some time.

They started the season with a dismal 1-6 record and are now second in the East with 27-13.

The team has gone on wonderful winning streaks and is playing magically on both ends of the court.

However, their offensive abilities are most remarkable.

On pace to be the first team to do that since the Malone Jazz, Bird Celtics and Magic Lakers. pic.twitter.com/XUFb5vaYXd

In fact, the Nets are shooting 51.2% from the field this season, which puts them on pace to be the first team to do so since the Karl Malone era of the Utah Jazz, the Larry Bird Boston Celtics, and Magic Johnson Los Angeles Lakers.

They are quite literally shooting better than any team has in years, which is a huge part of their newfound success and competitiveness in the league.

On one hand, it’s shocking to see the Nets do so well from the floor and reach such historic heights.

At the same time, it’s also not that surprising considering the Nets have some of the best shooters in the league on their roster.

Kevin Durant and Kyrie Irving are leading the way with 29.7 points and 26 points respectively.

But others like Nic Claxton, T.J. Warren, and others are producing well with field goal percentages all above 40%.

Meanwhile, head coach Jacque Vaughn has been really specific about instructing his team when to shoot and how careful to be when it comes to selection.

They obviously have a lot of skill but the Nets are also playing incredibly smart basketball, and that makes a huge difference.

In the weeks ahead, we will see if they remain consistent from the field.

The Nets May Be Changing Their Position On Kevin Durant

Ben Simmons’ Struggles Have No End In Sight

Cam Thomas Has Been Stepping Up For The Nets

NBA Insider Reports The Nets Are Close To Making Another Move

A Rising Nets Star May Help Save The Season

Jacque Vaughn Talks About The Future Of Kevin Durant After Trade

Nets Coach Comments On What It Was Like Coaching Kyrie Irving

Stephen A. Smith Talks About What Kyrie Irving Is Worth A Year

Stephen A. Smith Names 1 NBA Superstar That May Be Traded Soon

Kevin Durant Is Reportedly Having Issues With His Teammate

The Nets Were Reportedly Offered A Lot For Kyrie Irving

Kevin Durant Is The Last Man Standing In Brooklyn

The Nets Are Making History With Their Offensive Skill