You are here: Home / Sports / NBA / The Magic Brought Out A Fan Favorite On Opening Night 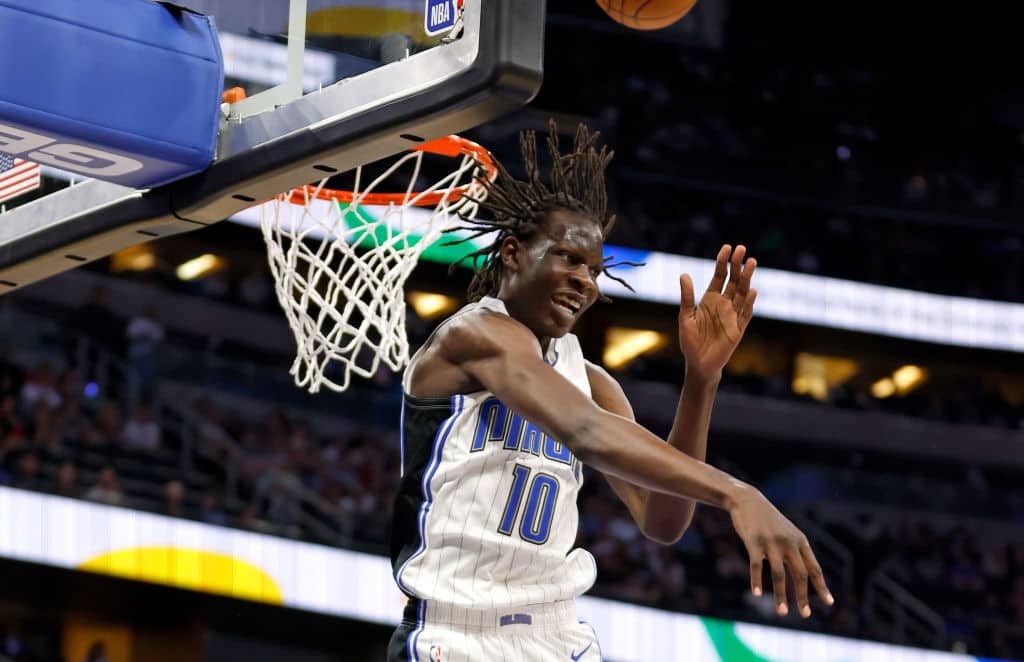 The Orlando Magic got their season started on Wednesday night and they brought out their biggest players.

Of course, everyone was paying attention to Paolo Banchero because he was playing his first official game in the league and beginning his quest for Rookie of the Year.

Meanwhile, the Magic also provided fans with other fun and exciting players to watch.

That included Bol Bol, the fan-favorite big man who has been looking to really make an impact on the NBA.

Bol played for 18 minutes on Wednesday night, and these minutes weren’t found in the last few of the game or in a blowout situation.

Typically, Bol has played regular-season games when his teams were losing big.

He was known as someone who really only participated during “garbage time” but that wasn’t the case on Wednesday night.

Bol has been in the NBA since 2018 but you haven’t seen too much of him.

He has mostly been a Summer League player, where he has had moments of brilliance that have gotten the fans on their feet.

When he gets going, Bol is a lot of fun.

The 7-foot-2 power forward is slim and sometimes quite fast and obviously much taller than most of the other guys on the floor.

Sadly, his skills haven’t been consistent throughout his limited time in the league and no team has really believed in Bol beyond a few moments during the Summer League.

Now that he’s playing for a young, up-and-coming team like the Magic, Bol could finally become a reliable and regular part of the squad.

The Magic Are Giving A Big Player His Second Chance

The Magic Received A Troubling Update On Cole Anthony

3 Reasons To Watch The Magic This Season

The Magic Are Ecstatic With Their Rookie's First Night

Magic Fan Details The Surplus Of Young Talent In Orlando

Paolo Banchero Showed Up Ready To Play In His Debut

Paolo Banchero Gets Magic Fans Hyped With A Tweet

Did The Magic Make The Right Choice With Paolo Banchero?

Paolo Banchero Has A Message For Magic Fans

Magic Hoping To Get A Familiar Return At No. 1 Overall

The Magic Brought Out A Fan Favorite On Opening Night