You are here: Home / Sports / NBA / The Lakers Are Remembering A Painful Choice 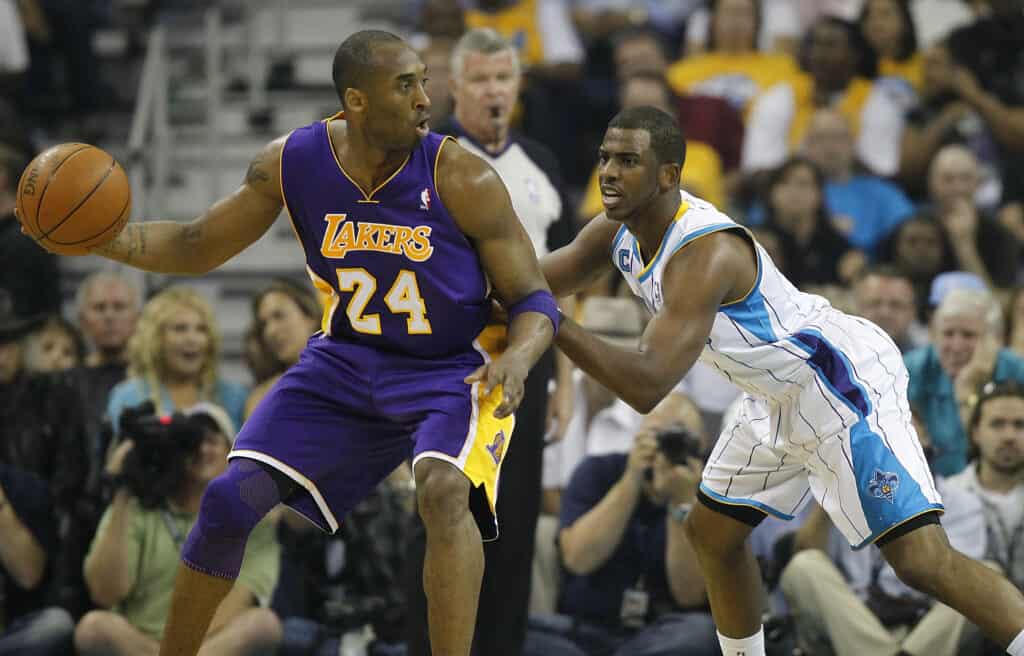 The Los Angeles Lakers were one of the most dominant teams on Earth during the Kobe Bryant era and were feared by just about every other squad in the league.

Even though they had Bryant, one of the best to ever touch a basketball, they were still always looking to get better.

At one point in 2011, they were on the verge of making a monster trade that could have granted them several more championship rings.

But that trade was shot down and has remained controversial ever since.

11 years ago today, David Stern vetoed the Chris Paul to the Lakers trade.

December 8 is the 11th anniversary of the day that David Stern vetoed a possible deal that would have sent Chris Paul to the Lakers.

Just a few days later, Paul would instead make his way to the Los Angeles Clippers, which brewed a deeper rivalry between both southern California teams and changed the fate of the West for years to come.

The entire situation was complicated with many moving pieces.

At the time, the NBA itself was the acting owner of the New Orleans Hornets after the previous owner George Shinn demanded to wash his hands of the team.

Therefore, Stern was both the NBA commissioner and the owner of the Hornets at the same time.

The Hornets and Lakers were looking at a big package that would have sent Paul out west with Luis Scola, Goran Dragic, and Lamar Odom in return.

Stern said no and the deal was dead.

At the time, he said that the choice was made “on the basis of what is in the best interests of the Hornets.”

His decision didn’t sit right with many and is still spoken of to this day.

Paul’s time in LA with the Clippers was successful, although they fell short of their ultimate goals, but you can’t help but wonder what would have happened had he been a Laker instead of a Clipper.

Warriors GM Comments On What Makes The Trade Deadline Difficult

Numbers Prove The Kings Are Having Their Best Season In Years

Nasty Weather Is Messing With The NBA

The Bulls Are In The Dark About Lonzo Ball

The Pelicans Have Fallen Even Further This Week

2 NBA All-Stars Lead The League For The Week

The Magic Have Turned Their Troubled Season Around

The Raptors Are Experiencing A Lot Of Unhappiness

The Lakers Are Remembering A Painful Choice