You are here: Home / Sports / NBA / The Hawks Have One Of The Best Duos In The NBA 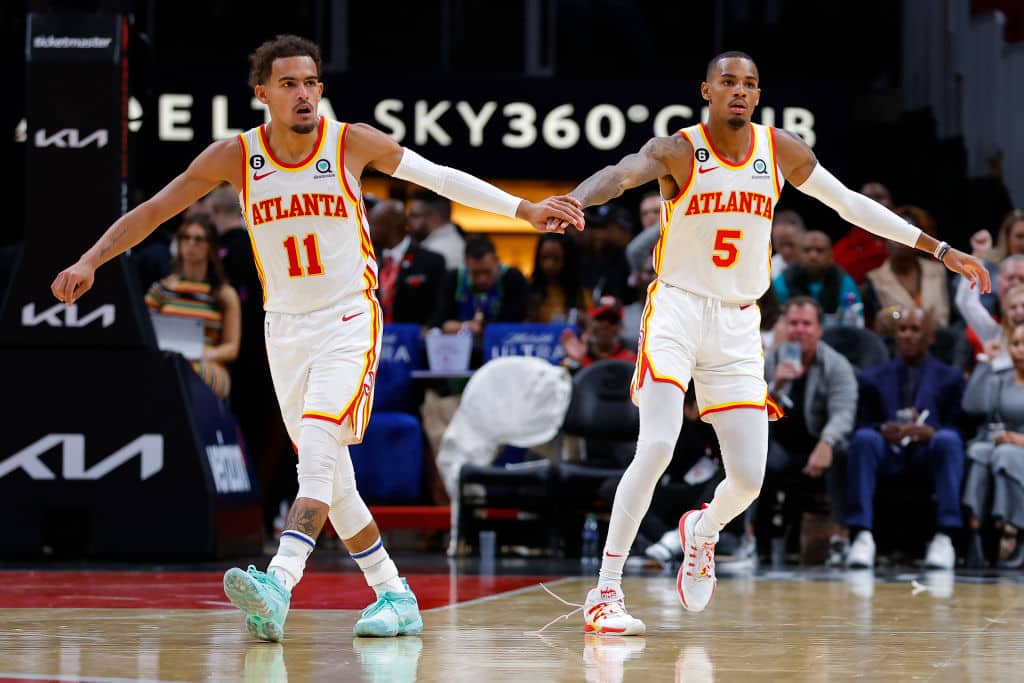 It has become incredibly clear that the Atlanta Hawks signing Dejounte Murray in the offseason was a very smart and impressive move.

For a moment, some people weren’t sure if Murray would fit in with the team and if he could really give Trae Young and the rest of the squad what they needed.

The results are in: Murray to the Hawks was a good, smart deal.

Not only is Murray finding a lot of individual success with the Hawks, but he’s also doing spectacularly alongside Young.

Young and Murray are averaging a combined 17.5 assists per game.

The Hawks have started the season in a great way – can they keep it up?

The Hawks already had a good team last year, they just weren’t functioning as it was supposed to.

Obviously, Murray is a great addition to the team and is quite literally giving them the assists they need.

The duo of Murray and Young together is sometimes unstoppable and they are both offensively and defensively strong.

Young was never a defensive beast but Murray fills the void there, claiming 6.3 rebounds and 2.4 steals a game.

He is also averaging 22 points a game, which is second only behind Young’s 28.2.

Now the team just needs to stay good and avoid injuries and fatigue in the months ahead.

That’ll be tough because this Eastern Conference has never been stronger and there are a few teams looking to slow the Hawks, including the Milwaukee Bucks and Boston Celtics.

Atlanta is currently the fourth team in the East behind the Bucks, Cavaliers, and Celtics.

This is much better than how they looked last year but they still have many months to go.

Trae Young Is Motivated Before The New Season

Trae Young Is Rightfully Ecstatic About His New Teammate

The Hawks Are Starting To Build A Very Good Team

NBA Analyst Names A Perfect Veteran Fit For The Hawks

Trae Young Was Not Himself In The Postseason

Trae Young Shares Daily Inspirational Tweet Ahead Of The Play-In

Why The Hawks Will Be Dangerous In The Play-in Tournament