You are here: Home / Sports / NBA / The Celtics Seem To Be Bouncing Back 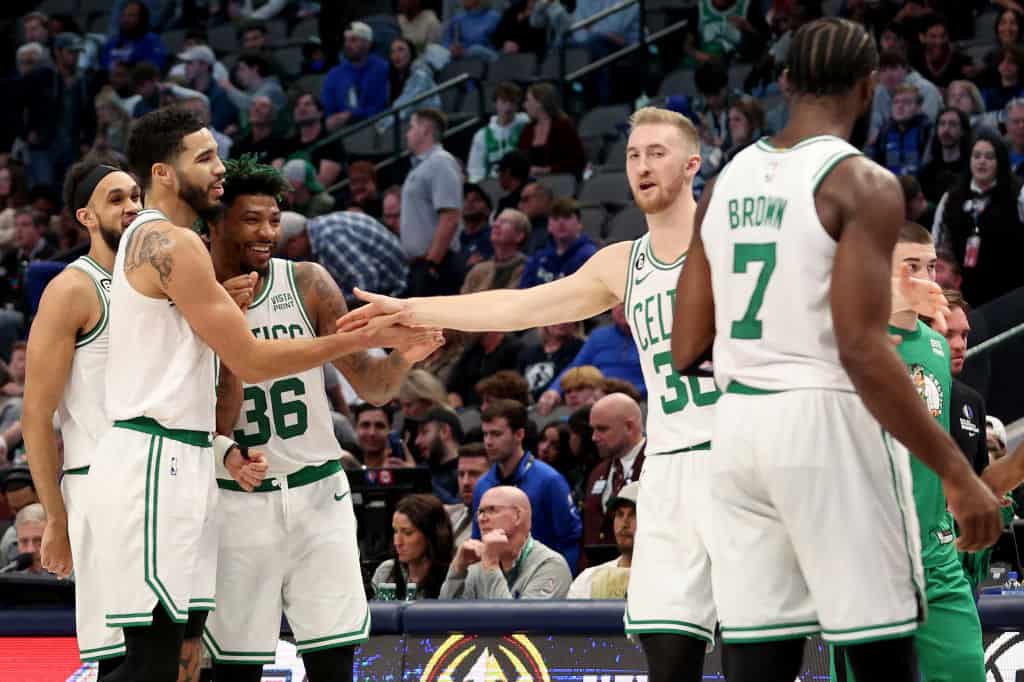 Just a few days ago, fans across the NBA were shocked to see the Boston Celtics be so soundly defeated by the Oklahoma City Thunder, losing 150-117 in OKC.

It was a startling loss for the Celtics, who are still the best team in the East.

Everyone has bad nights and deserves some slack from fans.

But this is the NBA and when a team has a big, surprising loss, people immediately start wondering if rough times are ahead.

It may be too early to tell but it looks like Boston has gotten back on their feet.

After losing by 33 points to the Thunder, who were without Shai Gilgeous-Alexander, they beat the Dallas Mavericks – one of the league’s hottest teams – by 29.

The Celtics can’t go easy now and they shouldn’t allow themselves to relax but fans of the team are breathing a sigh of relief after seeing the Celtics take down the Mavs.

This win was made even more impressive by two things: they beat the Mavericks in Dallas and they also kept Luka Doncic to just 23 points, which is absurdly low for the Slovenian wonder.

Meanwhile, Jayson Tatum was back in fine form, scoring a triple-double with 29 points, 14 rebounds, and 10 assists.

His right-hand man Jaylen Brown was lights-out too with 19 points and 7 rebounds of his own.

Six Celtics players were in double-digits on Thursday and the team’s field goal percentage was an impressive 48.8%.

This is the Celtics team that the league has been afraid of all season long.

Now, can they keep it up?

Boston will be taking on the San Antonio Spurs, Chicago Bulls, and New Orleans Pelicans next.

Following that, they have to square off against the Brooklyn Nets, who are just a couple of spots behind them in the Eastern Conference standings.