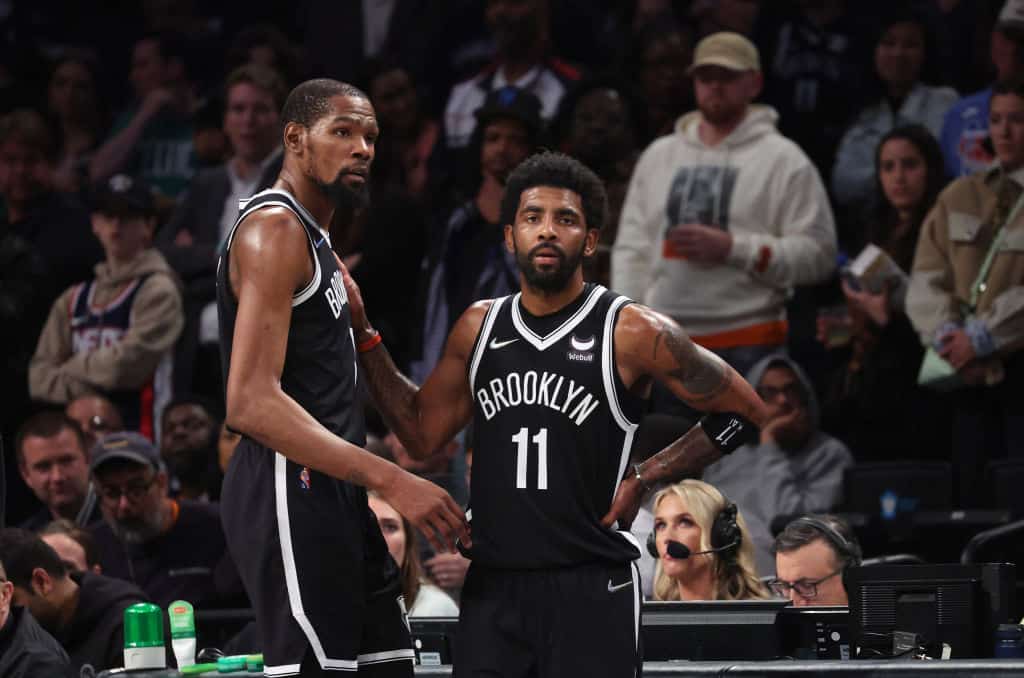 The initial fan vote results for the 2023 NBA All-Star Game have been revealed by the league and they contain some of the biggest names in the game.

Stephen Curry is leading the way, as is LeBron James, Kevin Durant, Giannis Antetokounmpo, Luka Doncic, Nikola Jokic, and others.

For the most part, there are few surprises from the fans with the usual suspects appearing on the shortlist.

The top vote getter at the guard position in the East 👀 pic.twitter.com/Go7jYVJX2x

However, some people are shocked to see Kyrie Irving of the Brooklyn Nets garnering the most support for guard players in the Eastern Conference.

Irving secured 2,071,715 votes, ahead of Donovan Mitchell of the Cleveland Cavaliers, James Harden of the Philadelphia 76ers, and Jaylen Brown of the Boston Celtics.

It is a bit startling to see Irving doing so well considering his rough public image.

Irving has long been controversial but things were even more challenging and intense this year, as he faced a suspension from the league for promoting antisemitic material on his social media.

This came just months after rumors of Irving wanting to depart the Nets for the Los Angeles Lakers.

But the number of votes he has received shows that people are sticking by Irving’s side.

Through good times and bad, ups and down, and a slew of media firestorms, Irving is still considered one of the best guards in the league.

While All-Star honors would be great, especially with the year he’s had, Irving is more interested in helping his team continue to thrive and reach the postseason.

NBA Insider Shares 2 Biggest Names That Could Be Traded

Donovan Mitchell Has A Message For The NBA And Dillon Brooks

The Pistons Are Holding Tight To Bojan Bogdanovic

Charles Barkley Reveals Why Michael Jordan No Longer Talks To Him