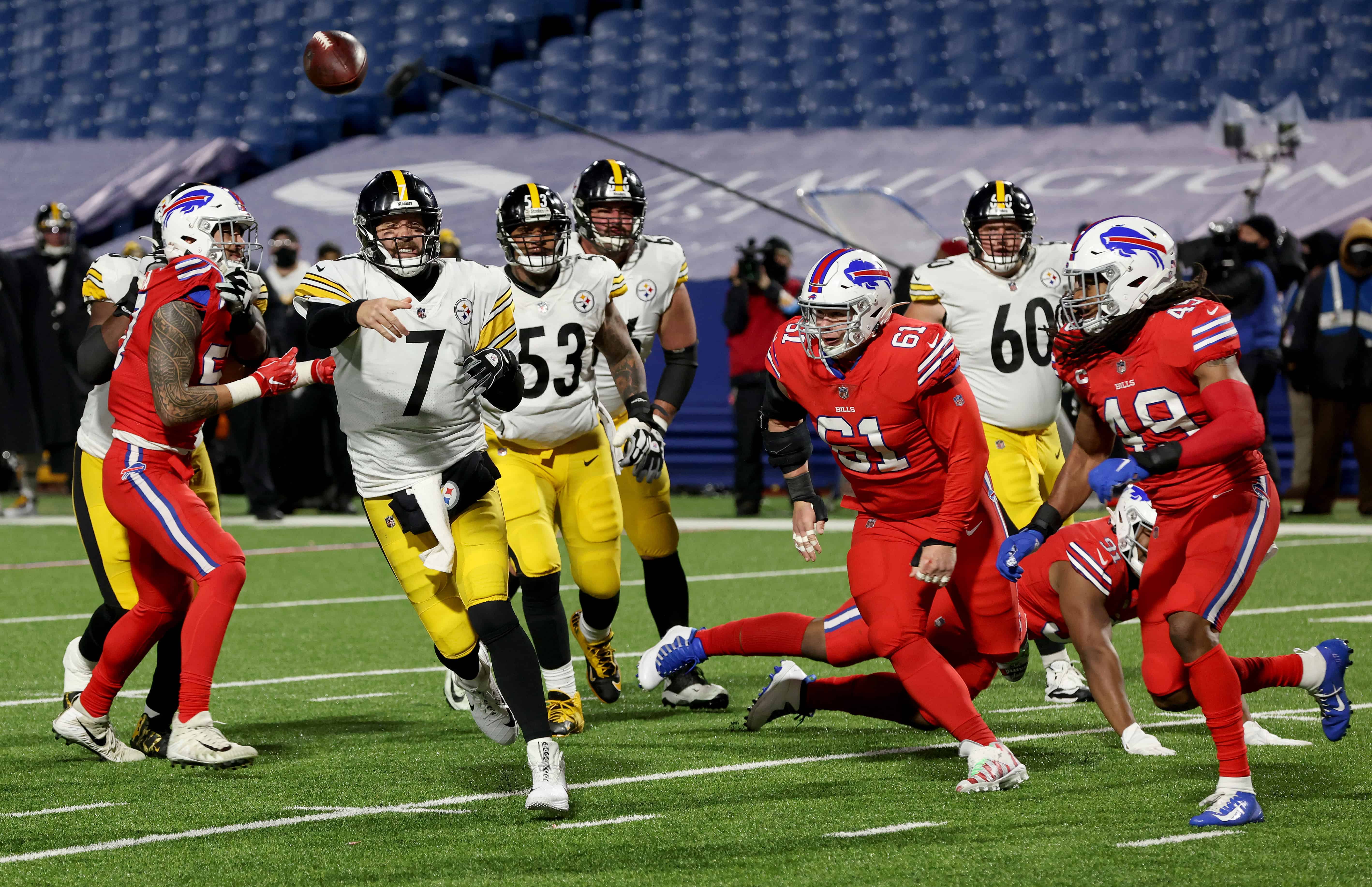 The NFL schedule certainly starts off with a bang, as two AFC contenders from a year ago will do battle in Orchard Park in Week 1.

The Pittsburgh Steelers will face the Buffalo Bills in a rematch of one of the NFL’s most memorable games from the 2020 season.

Pittsburgh started the year 11-0, but fell to the Washington Football Team in Week 13.

The NFL world wanted to see if that was just an anomalous slip up, or whether the Steelers could bounce back.

As it turned out, Pittsburgh could not contain Buffalo’s attack the following week, leading to a 26-15 Bills victory.

The teams largely remain the same heading into Sunday’s tilt, and it will be interesting to see whether the Steelers have any tricks up their sleeve to get revenge.

There’s a good chance that we might see these two teams meet again in January, where the stakes will be much higher.

Pittsburgh Vs Buffalo Is A Likely Playoff Preview

There’s not much of a question as to whether or not we’ll see the Bills playing playoff football in January.

After a resounding statement of a season in 2020, where they coasted to a 13-3 record, there’s no reason to think that they’ll come back to the pack enough to put their NFL postseason spot in jeopardy.

The AFC East should be more competitive this season, but Buffalo’s offense, defense, and special teams makes them a well-rounded powerhouse.

The main item for the Bills this year will be whether they’ll be good enough to wrestle the conference’s top seed away from the Kansas City Chiefs.

Usurping Patrick Mahomes and Andy Reid for home-field advantage in the AFC is no easy task, but the Bills have as good a chance as any team to accomplish it.

The real debate is whether the Steelers can join the Bills in the postseason picture.

We mic'd up @_BigBen7 in our preseason game against the Lions 👀

See that & much more in the next episode of 'The Standard, presented by @Xfinity' coming 🔜💪 pic.twitter.com/MI0wVyHjJj

They backed into the playoffs last year after their torrid start, and their 2020 season ended with a whimper of a loss at home to the Cleveland Browns on Wild Card Weekend.

It would be hard to imagine a postseason, or at least, a relevant Week 17 and Week 18 game, without the Steelers considering their track record.

They haven’t finished with a regular season record under .500 since 2003, which in turn means they’ve never had a losing record under head coach Mike Tomlin.

While the odds of making it back to the playoffs are in their favor given the last two decades worth of history, there are some real causes for concern.

Quarterback Ben Roethlisberger is entering his age-39 season, and cannot be expected to have his A-game week in and week out.

Defensive dynamo T.J. Watt has not yet had his contract sweetened, and he might hold out for a regular season game or two.

Additionally, Pittsburgh completely revamped their offensive line this offseason after many years of stability on that unit.

Even though there are legitimate reasons to worry for Steelers fans, betting on the infrastructure there is usually a wise idea.

Don’t be surprised if we see Steelers-Bills again on Wild Card Weekend, in addition to their contest this Sunday.

Should The Jets Be Considered A Real Contender?

Should Zach Wilson Be Labeled As A Bust For The Jets?

Is Baker Mayfield The Worst QB In The NFL?

Are The Cowboys A Real Super Bowl Contender?

2 NFL Teams That Can't Afford A Loss In Week 12

Are The Philadelphia Eagles Overrated?

Stat Shows How Great The 49ers Defense Has Been