You are here: Home / The Cold Spotlight / 2 States That Start With K (Updated) 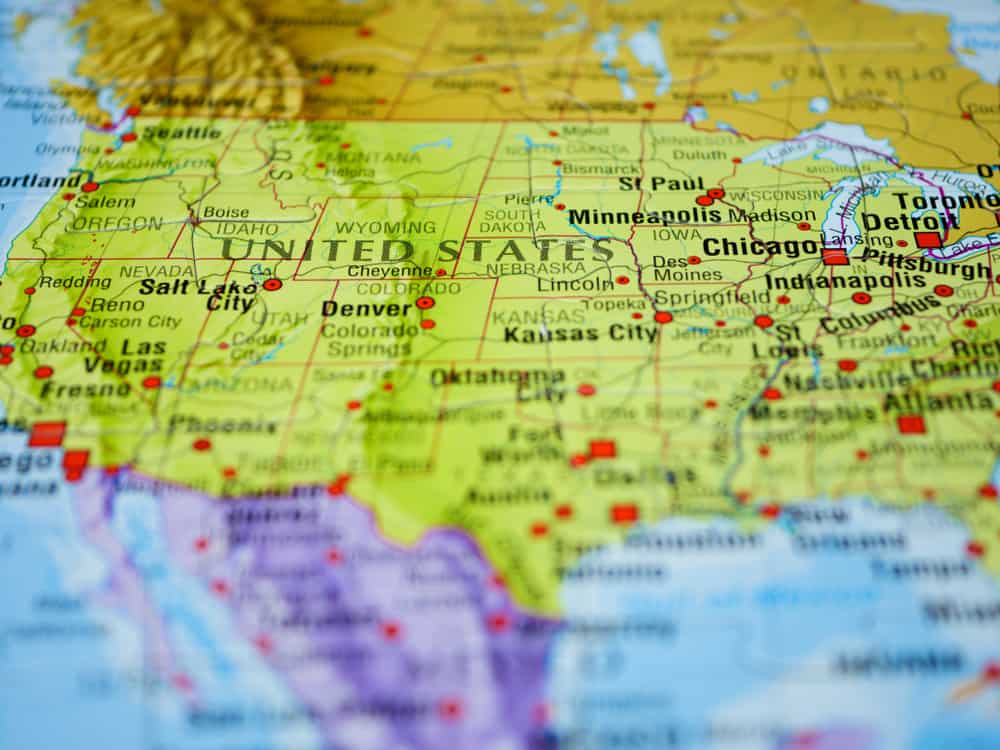 The United States has 50 different states that each have their own unique atmosphere and specialties, allowing the massive country to become a master in countless industries.

Each state adds its own definition of what it means to be an American, often reflecting the beliefs and lifestyles of its citizens.

Although many Americans follow the idea of the American dream, the execution of that dream vastly varies based on where you live.

States That Start With K 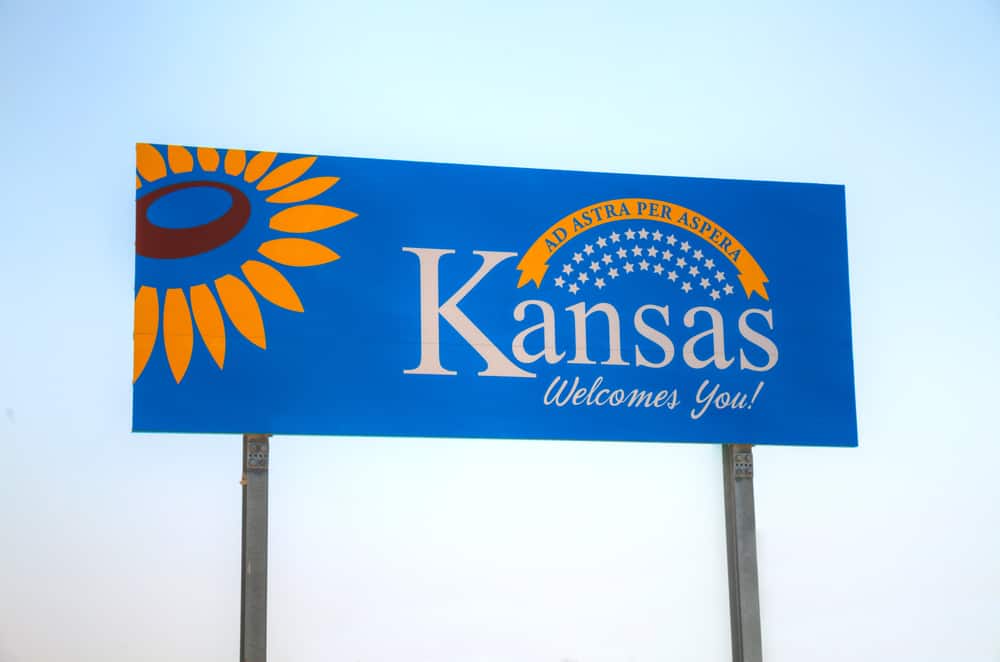 The only 2 states within the United States to start with the letter K are Kansas and Kentucky.

Kentucky and Kansas have both played a crucial role in the formation of the United States as we know it today.

Kentucky was first made a state in 1792 and became the first state located west of the Appalachian Mountains thanks to early explorers such as Daniel Boone and the many immigrants who came to the country to find a better life.

When the rest of the country was participating in the Civil War, Kentucky remained neutral.

This led to the state’s motto becoming “United we stand, divided we fall.”

Although the state was originally known for its agriculture, it became a crucial coal producer for the United States during the 20th century.

Kentucky was also the home state of the infamous McCoy family.

Kansas became a state much later than Kentucky, first earning statehood on January 29th of 1861, and came into the Union as a free state.

Originally, Kansas and Nebraska were considered a singular province.

Kansas was split from Nebraska when the states found that their citizens had differentiating opinions on which side of the free and slave state divide they should join.

While nearly all Nebraskans voted to abolish slavery, Kansas was a bit more split on the subject.

The majority of citizens from Kansas were anti-slavery, but opinions from their neighboring state Missouri were beginning to bleed over state lines.

When Kansas decided that it would not uphold slavery, it triggered a violent string of events that eventually earned the title of “Bleeding Kansas.”

Both Kentucky and Kansas experienced high levels of casualties during the Civil War.

Luckily, both states have been able to create better legacies for themselves since the 1800s and continue to innovate themselves to this day.

What Is Kentucky Best Known For? 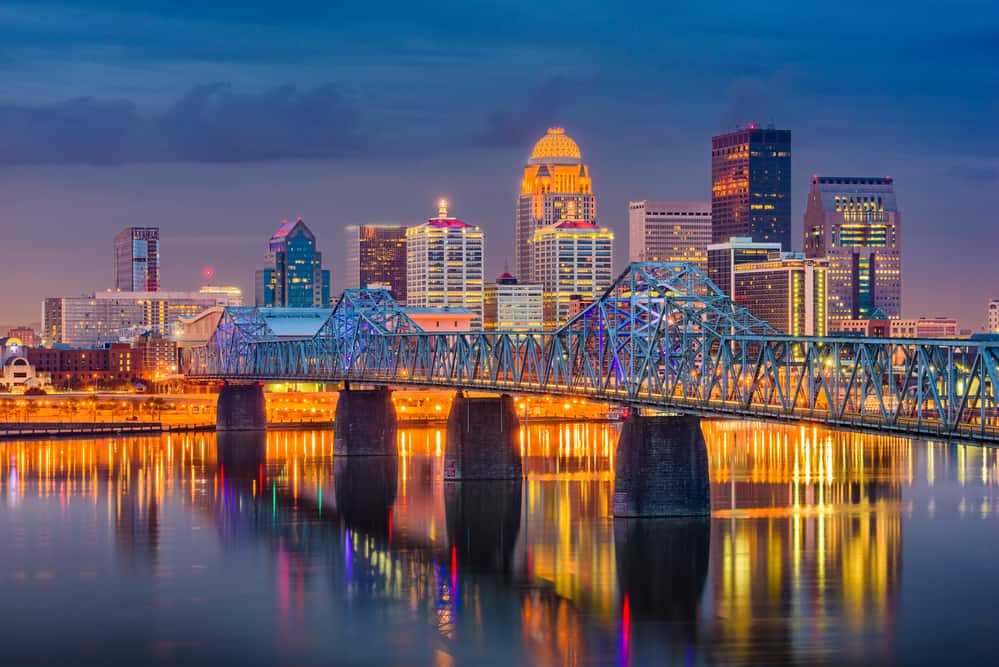 Kentucky is best known internationally for the Kentucky Derby, but the state is also known for its bourbon, its influence on baseball, and being the home state of legendary boxer Muhammad Ali.

There are also a variety of major corporations that got their start in Kentucky.

The Kentucky Derby is one of the most important events in professional horse racing and has been a time-honored, American tradition for nearly 150 years.

The race is held in Louisville at the famous Churchill Downs and even has its own museum for fans to visit.

One of Kentucky’s most beloved innovations has been bourbon.

KFC, originally known as Kentucky Fried Chicken, helped bring the state of Kentucky to the forefront of international audiences.

KFC may be the best-known chain food company to come out of the state, but Kentucky is also where Texas Roadhouse, Kona Ice, Papa John’s, Long John Silver’s, and A&W Restaurants all have their headquarters.

Little did the state of Kentucky know that they’d play a major role in professional baseball history when a 17-year-old boy started the Louisville Slugger brand in 1884 which became the official baseball bat brand of Major League Baseball.

Louisville Slugger is still making baseball bats to this day, even after being bought out by Hillerich & Bradsby and later Wilson Sporting Goods.

Muhammad Ali was born in Louisville and was later laid to rest in his hometown.

The legendary boxer was born Cassius Clay and later changed his name to Muhammad Ali when he converted to Islam.

Kentucky is also home to one of the most successful men’s and boys’ underwear brands in the world, Fruit of the Loom.

What Is Kansas Best Known For? 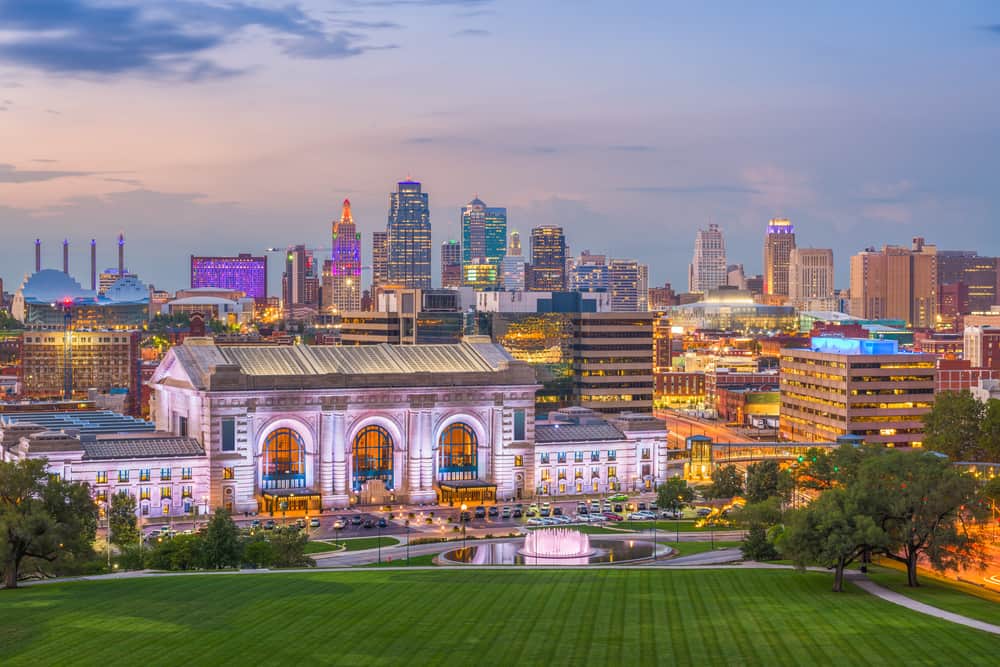 Kansas is best known for the natural beauty of its state, its love of barbecue food, and being the setting of one of the most famous stories of all time, The Wizard of Oz.

This state is known for its seemingly endless prairies and gently rolling hills.

Kansas also has the most miles of river out of all the Great Plains states, which includes Colorado, Iowa, Minnesota, Missouri, Nebraska, New Mexico, North Dakota, South Dakota, Oklahoma, Wyoming, and Texas.

Thanks to Kansas’ scenic views, it made the perfect location for author L. Frank Baum to start his whimsical hit story The Wonderful Wizard of Oz.

Although Kansans originally took issue with the fact that lead protagonist Dorothy felt her home state was dull due to how empty it was, there is no denying how much influence the book-turned-film-and-musical had on the world.

Over time, Kansans have come to appreciate that The Wonderful Wizard of Oz has allowed their state to be known on a global scale.

Within the United States, Kansas is best known for its barbecue.

Their history with this southern-style food began during the early 1900s when Henry Perry began serving slow-cooked ribs wrapped in newspaper for 25¢.

Slow-cooking foods has become a crucial part of daily life for Kansans, where they’ll slow-cook everything from meats like chicken and pork to fruits and vegetables.

Although many states have fought for the title of the United States’ barbecue capital, none of them are still serving up these iconic foods like Kansas.

One of the best-known places to get Kansas-style barbecue is Roy’s Hickory Pit Bar-B-Q in Hutchinson, Kansas.

Roy’s originally opened in 1982 and has been serving guests from all over the country, some of whom go on cross-country road trips to try their food.

Why Is Kentucky Known As The Bluegrass State? 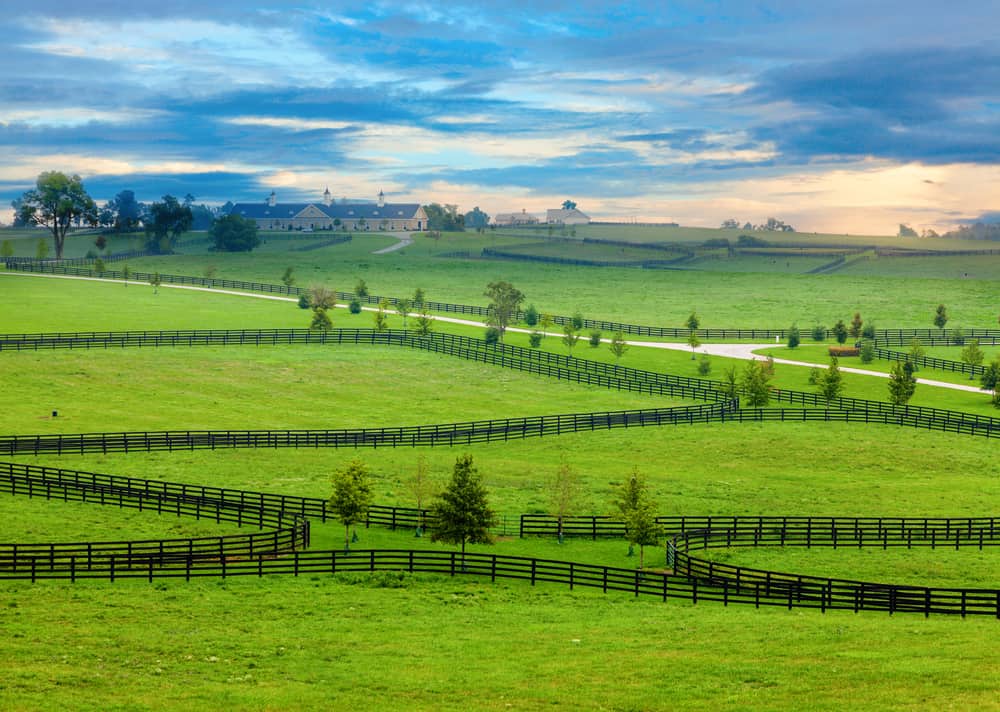 Kentucky is known as the Bluegrass state thanks to the fact that a majority of the grass growing within the state is a specific type of grass belonging to the Poa genus.

Bluegrass gets its name from the blue-green tint that the stalks present when it goes to seed.

Kentucky is also known for its influence on Bluegrass music, which is a special type of American folk music that began in the bluegrass region of the United States.

What separates bluegrass music from traditional folk music or even country music is the use of improvisation among instrumentalists.

One of the biggest names in bluegrass music is Bill Monroe, with his band Bill Monroe & His Blue Grass Boys.

This monumental band first began in the 1930s and went on to reach an even higher level of popularity over the course of multiple decades.

Why Is Kansas Known As The Wheat State? 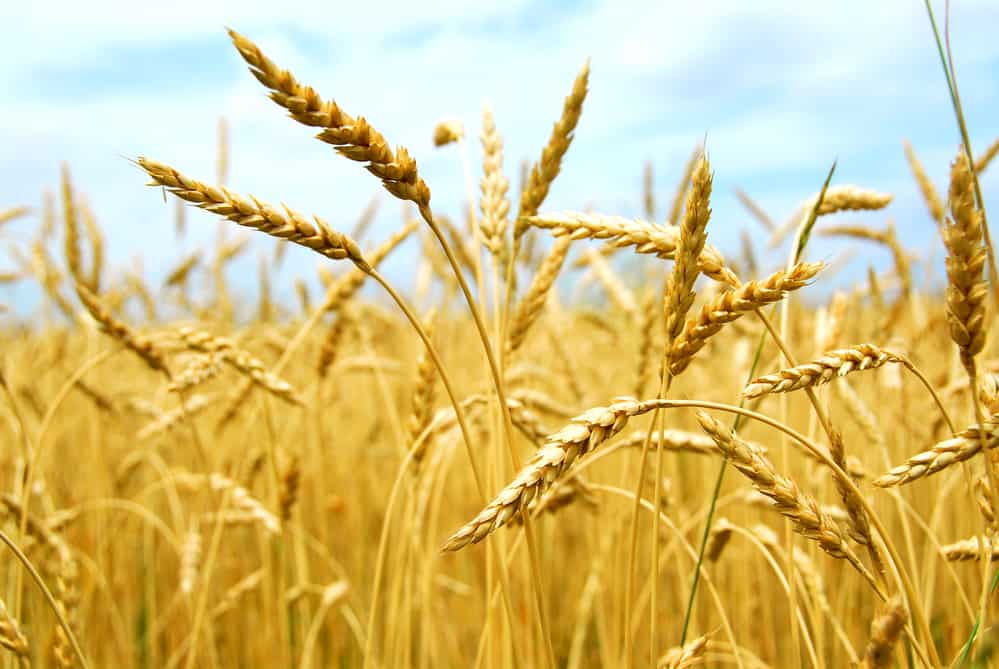 Kansas is known as the Wheat State thanks to its history of growing wheat, which is longer than its history as an official state.

The Kansas State Board of Agriculture was first formed in 1872, which was only 10 years after President Abraham Lincoln established the Department of Agriculture for the entire nation in 1862.

Kansas is and has been the leading producer of wheat for the United States for well over a century.

The amount of seeded and harvested acres would increase consistently until 1932, with the previous year having seeded 13,898,000 acres and harvested 13,1320,000 acres.

The 1932 drop in wheat production was believed to be caused by the drier than normal planting season, poorly prepared seedbeds, and an increase in Hessian flies.

Although Kansas wouldn’t see seeding statistics as high as 1931 ever again, the improvement in agricultural practices allowed more wheat to be harvested per seeded acre.

Between rapid urbanization and the strain of growing the country’s wheat supply being spread across multiple states, Kansas no longer has to grow as much wheat.

Is Kansas Considered To Be A Part Of The South Or The Midwest? 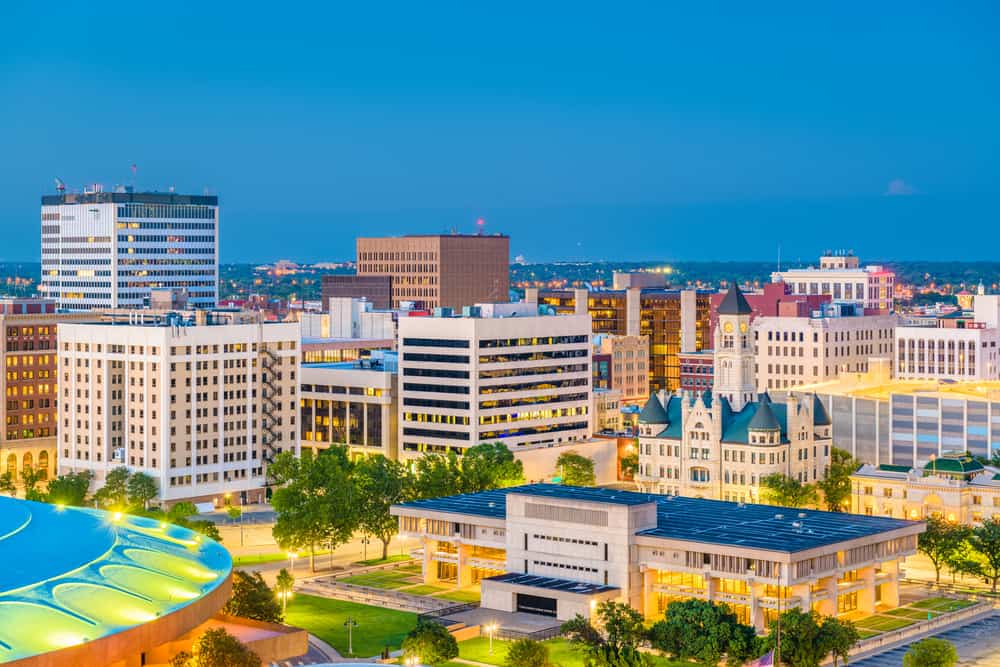 Kansas is considered to be a part of the Midwest, alongside North Dakota, South Dakota, Minnesota, Iowa, Montana, Illinois, Indiana, Ohio, and Michigan.

Kansas is one of the lowest and most western states in the West North Central Midwest region of the United States.

Kansas is also considered to be in the Heartland region, which includes a total of 20 different states.

What Is Kentucky’s Main Export? 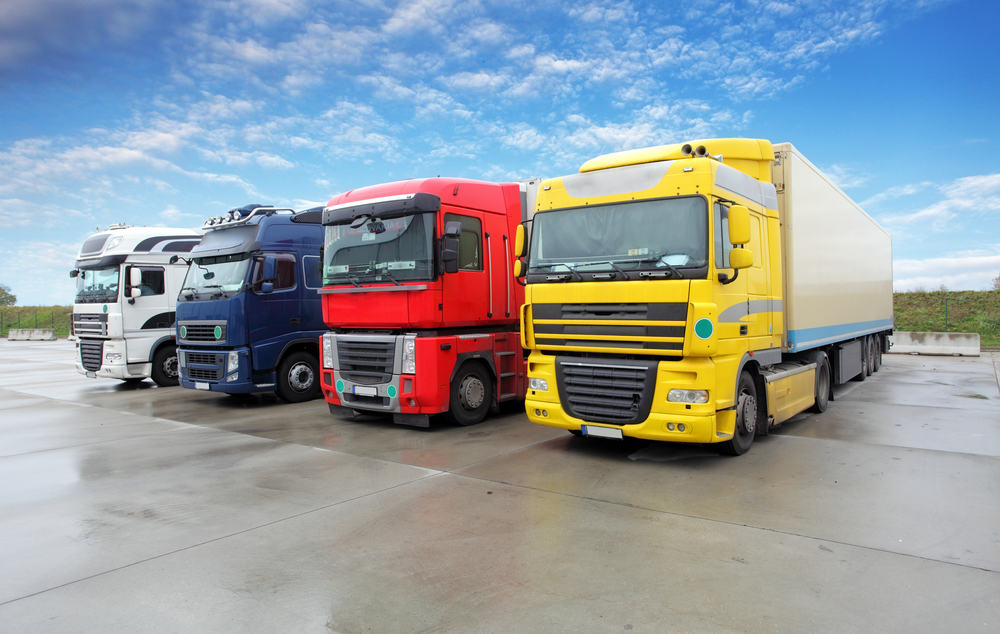 Kentucky’s main export is transportation equipment, making up $17.6 billion of the total goods exported from the state in 2018.

In 2018, Kentucky was the 17th largest state exporter of goods and exported a total of $31.8 billion Made-in-America goods to the rest of the world.

Kentucky’s exporting was supported by 144,000 jobs across the state.

The majority of goods made in Kentucky are sent to Canada, which receives about $7.8 billion worth of goods from the Heartland state.

Some of Kentucky’s other biggest international markets include France, the United Kingdom, Brazil, and Mexico.

Kentucky is also considered to be the 20th largest producer of agriculture in the United States.

Some of their most popular crops include soybeans, livestock products, tobacco, livestock feed, and corn.

Some of the major American cities that benefit most from Kentucky’s domestic exporting include Cincinnati, Louisville, Evansville, Lexington, Huntington, Clarksville, Bowling Green, Elizabethtown, and Owensboro.

In 2015, Kentucky’s biggest international influences were Japan, Germany, and France.

These foreign-controlled companies created 129,000 jobs for the citizens of Kentucky.

What Is Kansas’ Main Export? 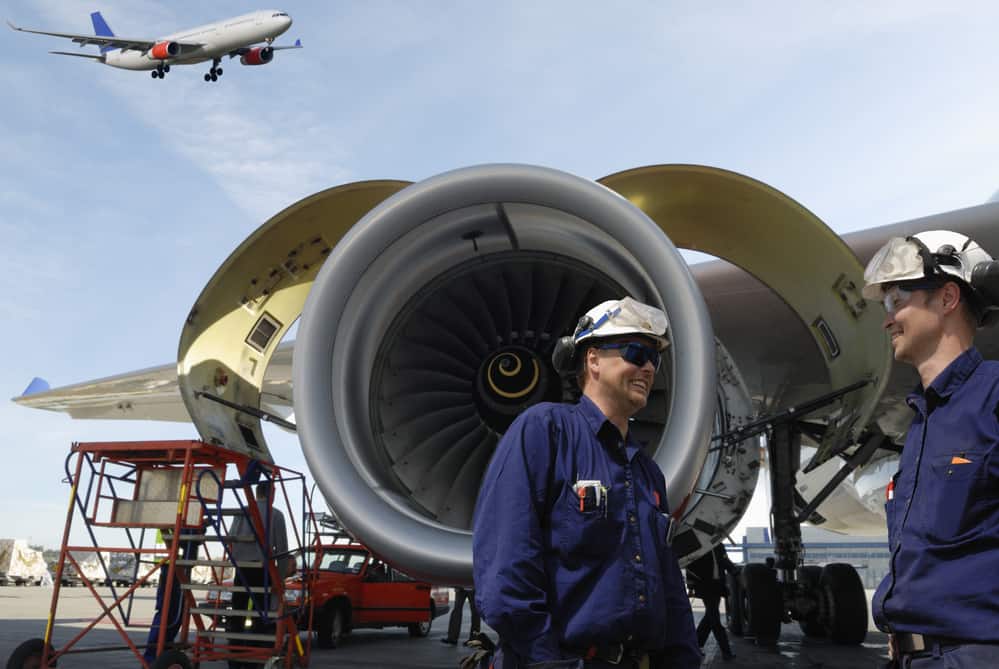 Kansas’ main export is aircraft parts such as engines, which has earned the state $1.6 million and makes up 15.6% of Kansas’ total exports.

Kansas is also known for the exportation of sunflowers, earning it the title of the Sunflower State.

As of 2020, Kansas had negative net exports within the international trade of aircraft parts, with particularly popular pieces to import from other countries including miscellaneous airplane parts, turbo-jets, and radio navigational aids.

Despite all the imported goods, Kansas is still able to export its goods for a profit.

The only top good that Kansas imports more than they export is radio navigational apparatuses, which they export $160 million and import $295 million.

Some of the countries that benefit from Kansas’ exported goods include Mexico, Canada, Japan, China, South Korea, Germany, the United Kingdom, Brazil, Singapore, and Taiwan.

In 2020, Mexico purchased $2.1 billion of Kansas’ goods, whereas Taiwan only received $260 million of their goods.

2 States That Start With K (Updated)