You are here: Home / Sports / NBA / Spurs Star Is Rivaling The Best In The NBA 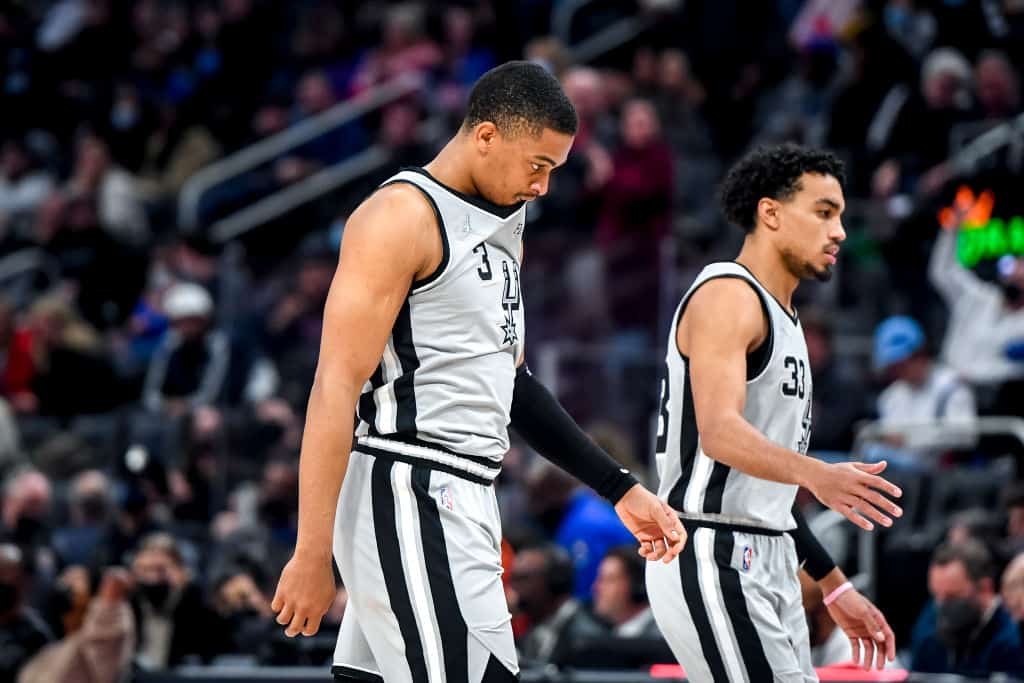 This is because the team recently traded away their former biggest star, Dejounte Murray, to the Atlanta Hawks during the summer.

That move did two things to the team: it cratered their chances of a great 2022-23 season and it handed the keys to Johnson.

Sure enough, the team isn’t doing too well (although better than expected) and Johnson is taking the reins with pride.

So far this season, Johnson is averaging 23.8 points per game and is shooting 47.2% from the field and 42.7% from the three-point line.

His team currently sits at 5 wins and 6 losses.

Impressive numbers, to be sure, especially when you compare them to another rising superstar’s stats.

Anthony Edwards of the Minnesota Timberwolves, for example, is averaging 22.2 points with 45.5% from the field and 34.9% from downtown.

And the T-Wolves have 5 wins and 6 losses as well.

What is the future for Johnson and his Spurs?

Johnson is having his best season ever and seems very comfortable being at the forefront of the team.

The Spurs are going to fight hard all season but they’ll likely continue to struggle.

It is true that they are doing better than expected but few expect them to be a strong force in the playoffs.

Will their record collapse later in the season and set them up to possibly draft Victor Wembanyama this summer?

Maybe, or maybe head coach Gregg Popovich and his team will continue to bolster and build the team around Johnson and others, scoring as many wins as possible and refusing to tank.

Johnson isn’t thinking about tanking – he’s obviously playing his heart out and it shows.

The Spurs Were Pure Speed On Wednesday Night

3 Reasons To Watch The San Antonio Spurs This Season

Tim Duncan Had A Must-See Start To His Legendary Career

NBA Stars Come Together To Discuss A Legendary Move

The Spurs Are Returning To A Historic Venue

The NBA Honors Manu Ginobili On His Birthday

The Spurs Continue To Lead An Important NBA Category

The Spurs Have Finally Committed To A Full Rebuild

The Gregg Popovich Coaching Tree Continues To Take Over

The Spurs Trading Dejounte Murray Is A Stupid Idea

Dejounte Murray Comments On The Trade Rumors Surrounding Him

Spurs Star Is Rivaling The Best In The NBA