You are here: Home / World News / Simone Manuel: Olympian Spotlight (What To Know) 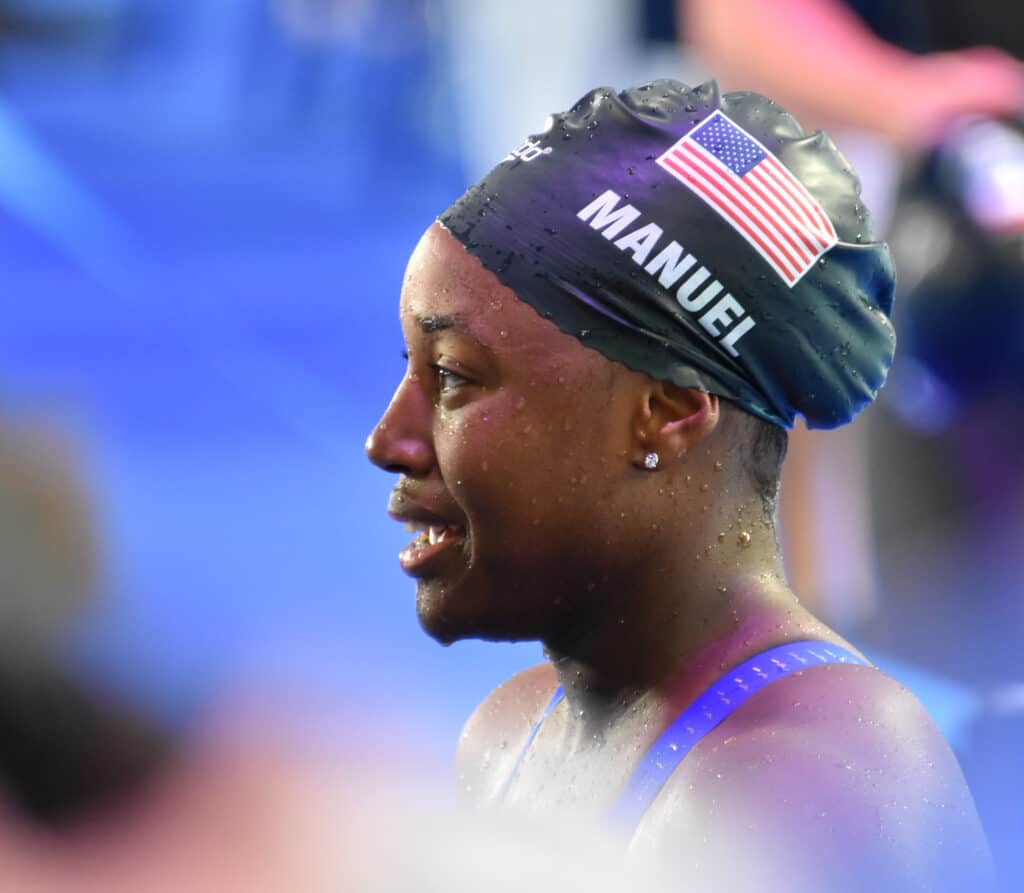 Swimming is always a premier event in the Summer Olympics.

The 2020 Tokyo Summer Olympics (scheduled to begin in July 2021) will be no exception.

Returning to the pool to bring home more hardware will be 24 year old Simone Manuel.

Simone Manuel: What You Need To Know

Simone Manuel (#USA) and Penny Oleksiak (#CAN) tie for first and get OR in women's 100m free! #Olympics #Swimming pic.twitter.com/2kw63I6v3g

When ESPN caught up with her during her final season at Stanford, she said:

“I get a lot out of college swimming. When you’re on a college team, you’re immersed with your teammates, you train with them, you try to score points for yourself but also for them. It’s a close-knit community and it’s something I’m proud to be a part of. It was kind of easy going back to the college atmosphere where I could go to dual meets and swim at Pac-12s and have 21 girls cheering for me. It’s a different atmosphere that I wasn’t ready to leave.”

No one knows if Manuel will continue to compete in 2022 or if this is her final Olympics.

Simone Manuel has never been shy about lending her voice to how African American and female athletes are covered.

She wants to inspire young girls, and she is well on her way to doing so with a new media venture formed with other prominent female athletes.

Female athletes are under covered.

An excerpt of the statement announcing TOGETHXR said:

“There’s never been a place dedicated to her story. A place that saw her in a way others did not. A place that heard her and elevated her voice. And gave her shoulders to stand on. We got tired of waiting for someone to build it. So we did.”

Simone Manuel and her training partner (fellow Olympian and Stanford Cardinal) Katie Ledecky just returned to competition in San Antonio, Texas in early March 2021 for the first time in a year.

Both Manuel and Ledecky trained in a backyard swimming pool for three months last year when everything closed due to the COVID-19 pandemic.

Then, they chose to skip traveling for meets and train at their alma mater Stanford when the facilities opened up.

Manuel talked about returning to competition.

Simone Manuel’s preparations will continue leading up to the USA Olympic Team trials in Omaha, Nebraska.