You are here: Home / World News / Simone Biles: Olympian Spotlight (What To Know) 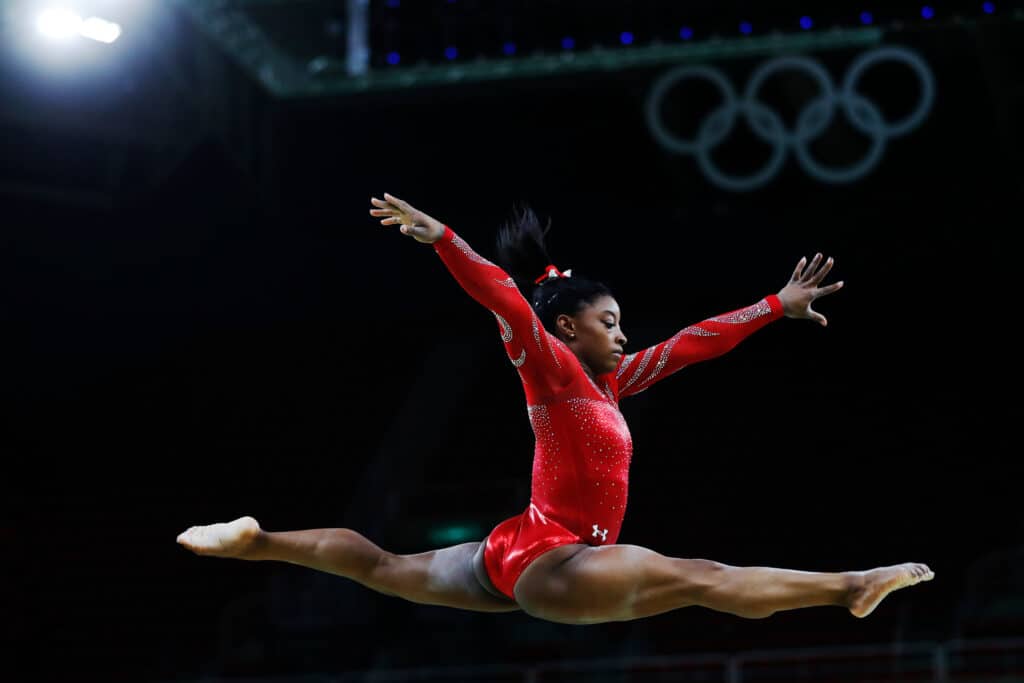 With the 2020 Summer Olympics scheduled to begin on July 23, 2021, it is time to take a look at some of the athletes returning to competition with the goal of coming home with more medals.

One of USA’s most accomplished and creative gymnasts is among those returning to competition.

She is 4’8″ Simone Biles, and this will be her second Olympics.

Biles turns 24 on March 14 so she is definitely an older competitor by gymnastics standards.

Her resume is complete already; she has nothing else to prove.

Simone Biles: What You Need To Know

Some random facts about our Woman of the Week, Simone Biles! pic.twitter.com/Cz2hluAzWd

Simone Biles is spending between six and seven hours each day in the gym preparing for the Olympics.

Regarding her diet, she said:

“I do not track anything. I eat what I feel good with and try not to overeat or stuff myself because I’m always at the gym…For gymnasts, in particular, [tracking] can lead to health problems and eating issues, so I just eat what I know I can and should.”

Biles is usually at the gym at 7 am so getting a good night’s sleep is a priority for her.

This Olympics will be very different for Biles.

She is no longer a teenager vying to be America’s sweetheart.

It is unclear whether Owens will be in Tokyo to cheer on Biles since NFL camps will be occurring around that time.

In the meantime, Simone Biles is gearing up for the US Olympic Team trials occurring in St. Louis beginning June 25, 2021.

The US women’s gymnastics team will consist of four members in 2020 (down from 5 in 2016) so the competition will be even more intense.