You are here: Home / Sports / NFL / Signing Jimmy Garoppolo May Be A Mistake For The 49ers

After a long offseason of talks about where quarterback Jimmy Garoppolo might end up, it appears he is staying with the San Francisco 49ers.

The 49ers named Trey Lance their starting quarterback for the 2022 season, after Garoppolo led them to the NFC Championship last year.

Now, instead of trading or releasing Garoppolo to a team where he could start, the 30-year-old quarterback signed a one-year contract extension with the team.

The contract is a restructured one-year deal that will pay him around $6.5 million.

Jimmy Garoppolo and the 49ers have agreed to a contract that will make him the NFL's highest paid backup QB, per @Rapsheet and @MikeGarafolo pic.twitter.com/kCNWQrGMtU

But, this whole situation is a mistake for the 49ers.

The minute they decided Lance was going to be their guy, they had to move Garoppolo.

But, instead, the idea of having him as the backup will not help the development of Lance.

As a quarterback in his first year starting, he is going to go through some growing pains.

The last thing he needs is to be looking over his shoulder at Garoppolo every time he makes a bad play.

Also, the fans that have saw Garoppolo lead their team on two deep playoffs runs will grow impatient with Lance if he is not a start right away.

This entire problem could have been avoided if the Niners would have simply moved off Garoppolo.

But, now they give their young franchise quarterback a shadow that he may be unable to avoid.

This situation could be resolved later in the season, if a starting quarterback gets injured.

Then the 49ers should be on the phone with whatever team needs a healthy QB.

Some of the teams that should be in the running for Garoppolo at some point this season include the Giants, Browns or Seahawks.

All of those teams have either poor quarterback play or are waiting for their starter to come back from suspension (Browns).

Cleveland makes a ton of sense for Garoppolo because they have a roster that is good enough to win now.

But, they need to win some games in the first 11 weeks before Watson returns.

Garoppolo could help them do that more than Jacoby Brissett.

Also, the Giants and Seahawks have two quarterbacks that have not had much success in the league.

Garoppolo could help both of those teams win now, and could be a nice bridge option until they find their long-term answer.

The restructured contract for Garoppolo should make him more appealing to other teams.

3 more things on the @49ers' deal with Jimmy Garoppolo.

1) Team communicated with both QBs for the last few days on this.

2) A clear part of that was a commitment to Trey Lance as starter.

3) A key: This deal does NOT happen unless Garoppolo takes less in base 💰 than Lance.

Now, they could take on the salary of the 30-year-old and still be able to roster a very good team around him.

Overall, the Niners put themselves in this awkward position by not moving Garoppolo earlier in the offseason.

Now, all they can hope is that Lance is great from the very start of the year.

It was the right decision to see what they have in their third-overall pick from last year.

Garoppolo will be a professional about the situation and should help mentor Lance.

But, he will need to lead this team to a lot of wins or the echoes of Garoppolo will only get louder. 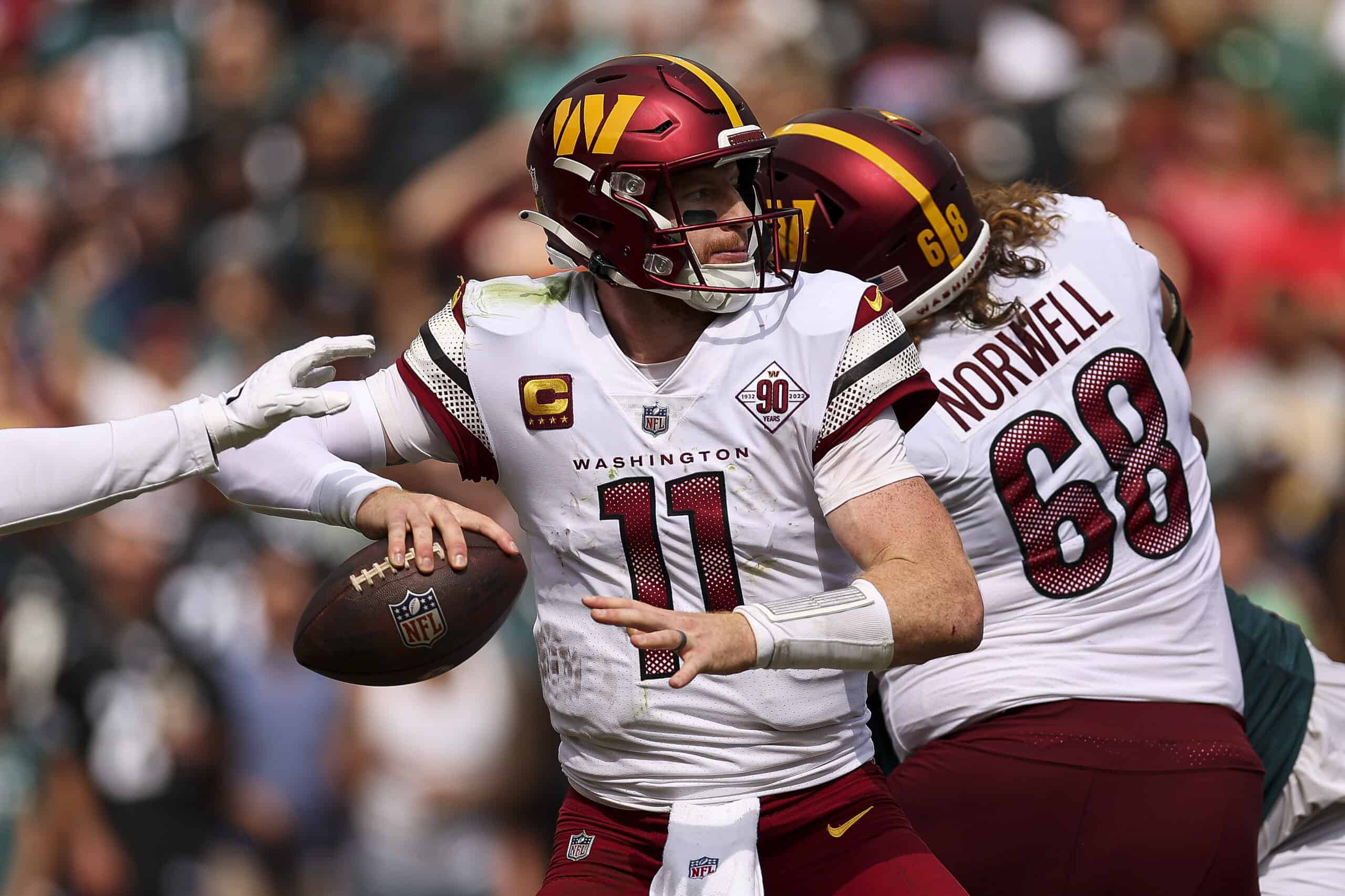 Signing Jimmy Garoppolo May Be A Mistake For The 49ers