You are here: Home / Sports / NBA / Los Angeles Lakers Rumors And News (Updated Daily) / Shaq Has A Problem With How Some Players Are Celebrating 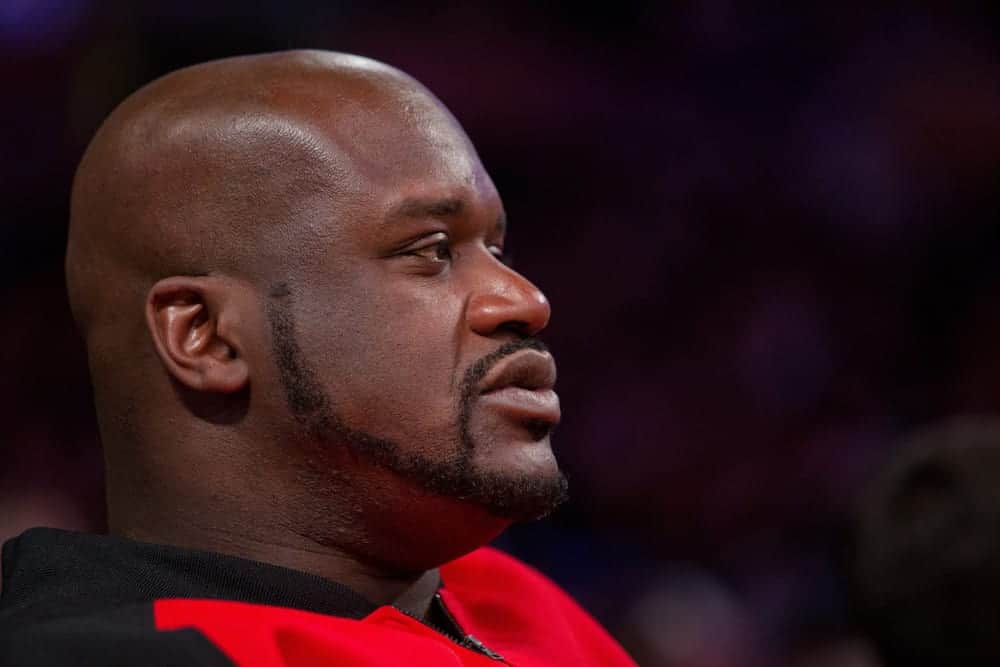 The Los Angeles Lakers have been in all sorts of headlines ever since the NBA Finals.

Some have been good as the team has been featured in many trade rumors.

It was also reported earlier in the month that F Anthony Davis will be opting out and resigning a deal with the Lakers.

But, there has been other headlines that aren’t so friendly.

While COVID-19 is still very much a thing in America, the Lakers players haven’t held back in celebrating their title.

Lakers Legend, Shaquille O’Neal has a problem with how certain players are celebrating.

Shaq Has Harsh Words For Players Who “Ain’t Do Nothing”

Shaquille O’Neal knows what it’s like to be apart of a championship team.

In fact, Shaq played a huge role in the last three-peat of the NBA, with the Los Angeles Lakers and Kobe Bryant.

Recently, Shaq provided America with a hot take on his podcast.

On The Big Podcast With Shaq, he shared some harsh remarks to a certain Laker player.

In the social media era, with the majority of athletes having Instagram, Snapchat and Twitter, Shaq had the following to say:

”You know what I don’t like as a player? It’s a lot of players on their little Instagram bragging like they were the reasons they got the championship. I ain’t got’ say no names.”

The Big Diesel was not pleased with how certain players reacted to the championship.

While everyone is apart of the team and contributes in one way or another, Shaq does have a point.

Which Los Angeles Lakers Player Is Shaq Referring To?

The question that remains, is, who is Shaq talking about?

Could it be Jared Dudley?

On the podcast, Shaq continues to vent and takes a deeper shot by saying the following:

“I know you know who I’m talking about. Stop it. Frontrunner. Bandwagon jumper. Stop it. Post one pic and sit your a** down…shut yo a** up. You ain’t do nothing.”

The Twitter police believe they have figured it out, as speculation would point to Dwight Howard.

Shaq went off on some of the Lakers celebrating the title and then mocked Dwight Howard’s postgame Instagram post.

Shaq is known as never being a big fan of Dwight after what happened between Howard and the Orlando Magic.

After the Lakers won the NBA Championship, Dwight began an Instagram live preaching to his audience that no one should ever give up on their dreams.

Dwight himself has been somewhat of a journeyman in the NBA over these last couple years.

While no knows for sure who Shaq is referring to, the popular belief is Dwight Howard.

Despite the fact that they have beef, it doesn’t necessarily make sense as Dwight played a critical role for this Lakers team in the playoffs.

C JaVale McGee was the starting center for the majority of the regular season.

In the postseason, Dwight stepped up and helped contribute on the boards and on the defensive end of the ball.

Things Got Heated In The Lakers Locker Room On Tuesday

Anthony Davis Was Unhappy On A Historic Night

LeBron James Officially Became King Of The NBA On Tuesday

LeBron James Talks About How Long He Can Keep Playing

Shaq Has A Problem With How Some Players Are Celebrating