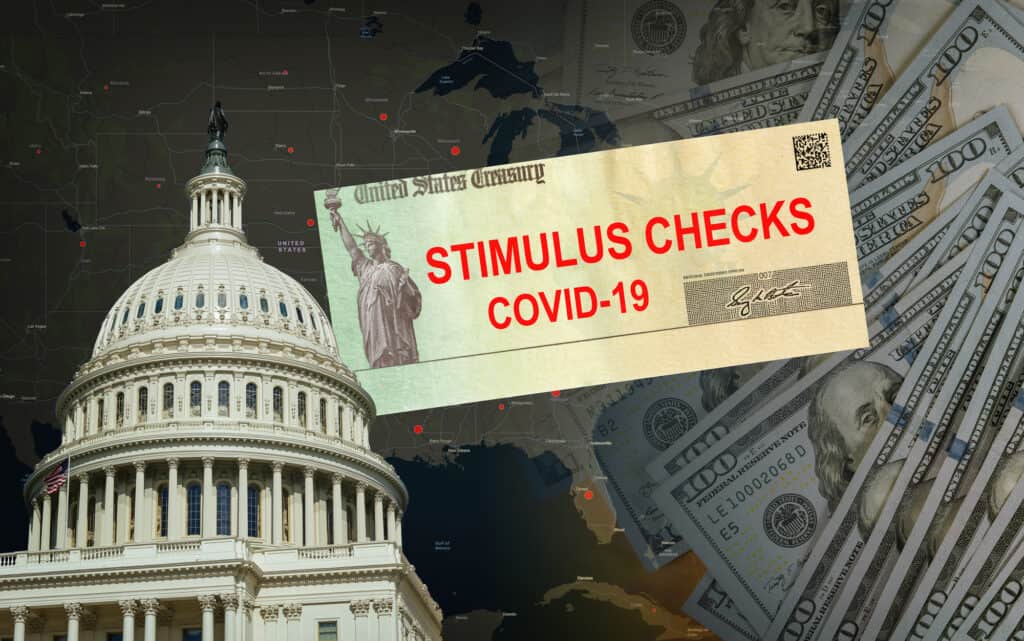 Partisan differences in Washington are nothing new, but they are especially heated on the heels of a Presidential election.

Let’s review the back-and-forth between the 2 parties on this issue.

To pass anything, both sides have to come to an agreement on a bill’s terms and costs.

This is Day 102 of Leader McConnell’s blockade of the #HeroesAct.

In that time, 4.3 million Americans have been diagnosed with COVID-19 — and 90,000 more lives have been lost in communities nationwide.

RT if you think the Senate should pass the Heroes Act immediately! pic.twitter.com/yEdzeVSGWT

Led by House Speaker Nancy Pelosi (D-CA), the House of Representatives passed the HEROES Act in May.

The price tag was $3 trillion.

This bill has not moved from Senate Majority Leader Mitch McConnell’s desk (R-KY) since May so for all practical purposes, it is dead-on-arrival.

Senate Republicans introduced the HEALS Act in late May.

If Washington Democrats would devote half the energy they spend worrying about their own re-elections to actually helping the American people, we could easily achieve the kind of targeted, bipartisan relief package that Republicans have wanted for weeks.

Nancy Pelosi has urged both sides to agree to a bill worth $2.2 trillion

Several of the President’s cabinet members have been involved in discussions.

Chief of Staff Mark Meadows and Treasury Secretary Mark Mnuchin are involved as is the President.

On August 8, President Trump signed a memorandum that further complicated the negotiations.

It created a Lost Wages Assistance Program to provide $300 of federal funds and $100 of local funds (optional) to some unemployed workers.

Buoyed by this, the Republicans remain steadfast at between $1.1 and $1.3 trillion in funding.

Both sides are currently at an impasse.

What Are The Differences Between The HEROES and HEALS Acts?

HEALS cuts it to $200 per week and runs through the month of September.

$15 billion for child care is included in HEROES.

$7 billion is written into HEALS.

HEROES extends federal eviction moratorium for 1 year from enactment of the bill.

Surprisingly, the stimulus check dollars are similar to the CARES Act allotments, and both bills stay relatively consistent with that.

There is so much talk among both parties about the readiness of the U.S. Postal Service to handle mail-in voting levels that are expected to be higher than normal due to the pandemic.

The Democrats want to fund USPS to assist in their ability to handle the large quantity of ballots.

Also, the Democrats have talked about allocating funding to local governments.

With both sides already far apart, these two items further separate them.

Now that the Democratic and Republican Conventions are over, perhaps the two parties can get down to business and negotiate.

If Nancy Pelosi’s position still holds true for Democrats, the parties must find a way to negotiate a bill valued between $1 trillion (Republican proposal) and $2.2 trillion (Democratic proposal).

Americans are still hurting from the pandemic so let’s hope they can do it.