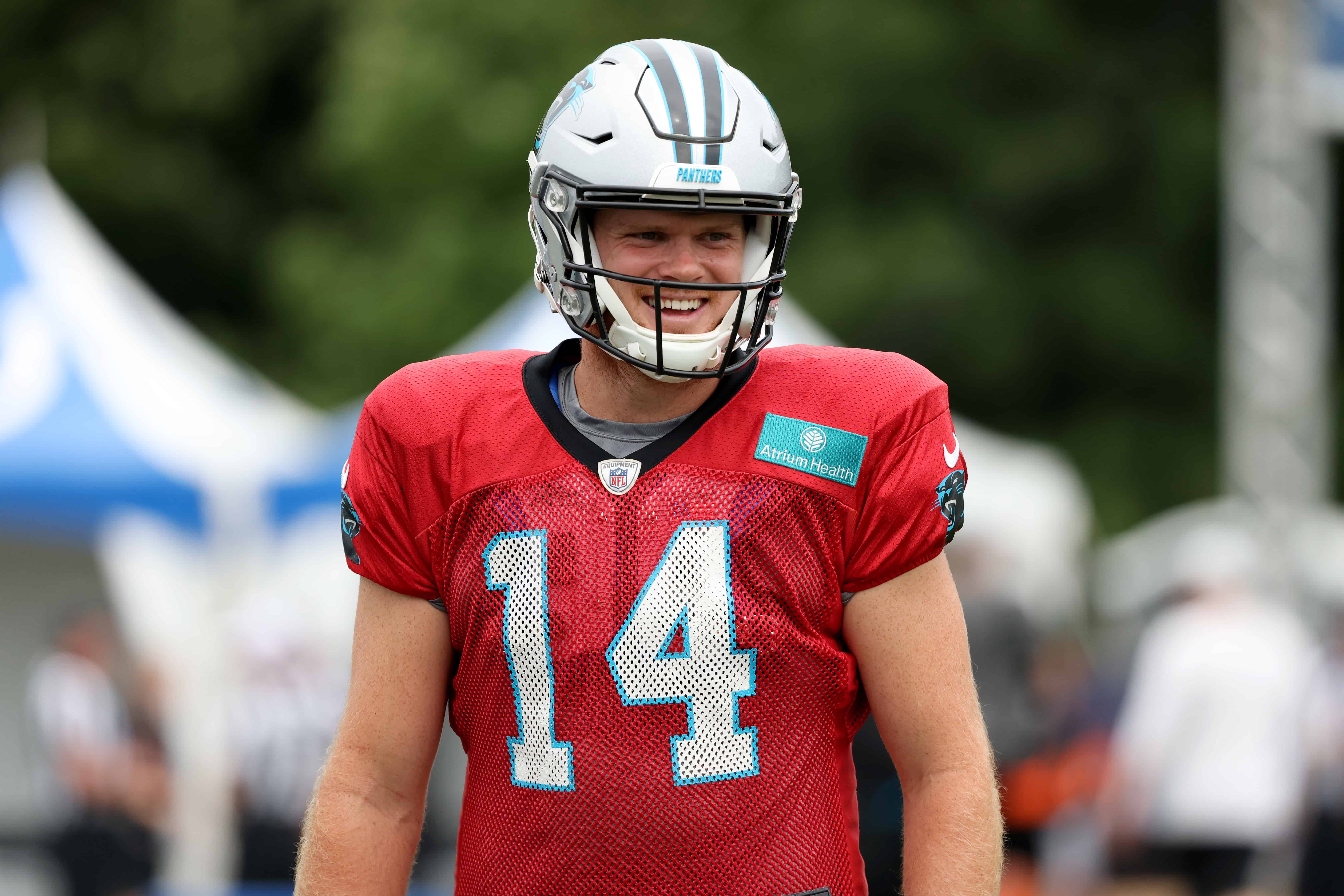 The New York Jets bestowed high expectations upon Sam Darnold as he entered the NFL.

Despite spending just two seasons at USC, he was already the Pac-12 Offensive Rookie of the Year and First-Team member.

However, there were insurmountable roadblocks in what should have been his rise to greatness in the Big Apple.

For starters, defensive-minded Todd Bowles was his first head coach in the NFL.

Naming him a starter on a team with shallow talent in the skill positions made him ingest an inevitable recipe for disaster.

Bowles got fired after a 4-12 season and Adam Gase took his place.

The Jets were hoping that their sophomore quarterback would blossom under the former Miami Dolphins head coach.

After all, he was able to extract decent production from the likes of Ryan Tannehill, Brock Osweiler, and Jay Cutler.

However, that plan didn’t work out either.

Darnold wasn’t able to maximize his arm strength due to Gase’s preference for short passing.

Even in long-yardage situations, Gase would still dial for the dink pass even if it diminished the chances of getting a first down.

They did finish with a 7-9 record, but their defense gets most of the credit.

The 2020 season was utter dysfunction for the Jets as they lost their first 13 games.

The Jets ended their campaign at 2-14 and Gase lost his job.

As for Darnold, he did not pan out as the star quarterback that the team hoped him to be.

He reached 3,000 passing yards in just one of three seasons, and he has 45 touchdowns to go with 39 interceptions.

Doubt must have crept into his mind after another disappointing season.

Lucky for him, another team is willing to give him another chance.

Running With The Panthers

He has got all the help he needs with head coach Matt Rhule and the Carolina Panthers.

Christian McCaffrey will take much of the load from him.

With the Panthers offensive line being a potent run-blocking unit, having a healthy McCaffrey throughout the season will help them do wonders from the backfield.

D.J. Moore and Robby Anderson are significant upgrades from the receivers he had in New York.

The best part is that he has found his confidence to throw deep because that’s what the Panthers want him to do.

“This is the perfect opportunity for Sam Darnold.”@LT_21 checks in at @panthers camp 👀 pic.twitter.com/Gn4uUw6w2b

Moore and Anderson can create separation from their defenders downfield, and Darnold has to deliver the ball when they’re open.

Their preseason game against the Indianapolis Colts should have been a great indicator of his cohesion with the team.

However, he did not suit up as Will Grier and P.J. Walker took turns with the snaps.

The Panthers, though, had earlier scrimmages with the same team wherein Darnold showed flashes of his potential.

In general, he still has a long way to go in familiarizing himself with his receivers.

Despite the learning process, it’s evident that the Panthers will provide the environment that will help his progression.

With all the weapons in place, it’s up to Darnold to make his second chance count.

It will be an uphill climb for the Panthers in the NFC South with the defending champion Tampa Bay Buccaneers, constant contenders New Orleans Saints, and the improving Atlanta Falcons.

But this fresh start can unleash him as the quarterback he should be.

Frank Reich Is Eyeing A Notable Name For Defensive Coordinator

Frank Reich Is Facing A Familiar Problem In Carolina

The Panthers Have Picked A New Head Coach

The Panthers May Have A Surprise HC Favorite

Panthers Give Update On Status Of Sean Payton's Interview

Jaycee Horn Has Been Playing At An Elite Level In 2022

2 Things That Went Wrong For The Panthers In 2022

3 More Panthers Players Who Will Likely Be Traded

Steve Wilks Has Completely Won Over The Panthers

Stats Show How Jaycee Horn Has Been Elite

Is Baker Mayfield The Worst QB In The NFL?

Sam Darnold May Play Again After All

Will Baker Mayfield Ever Start Again In The NFL?