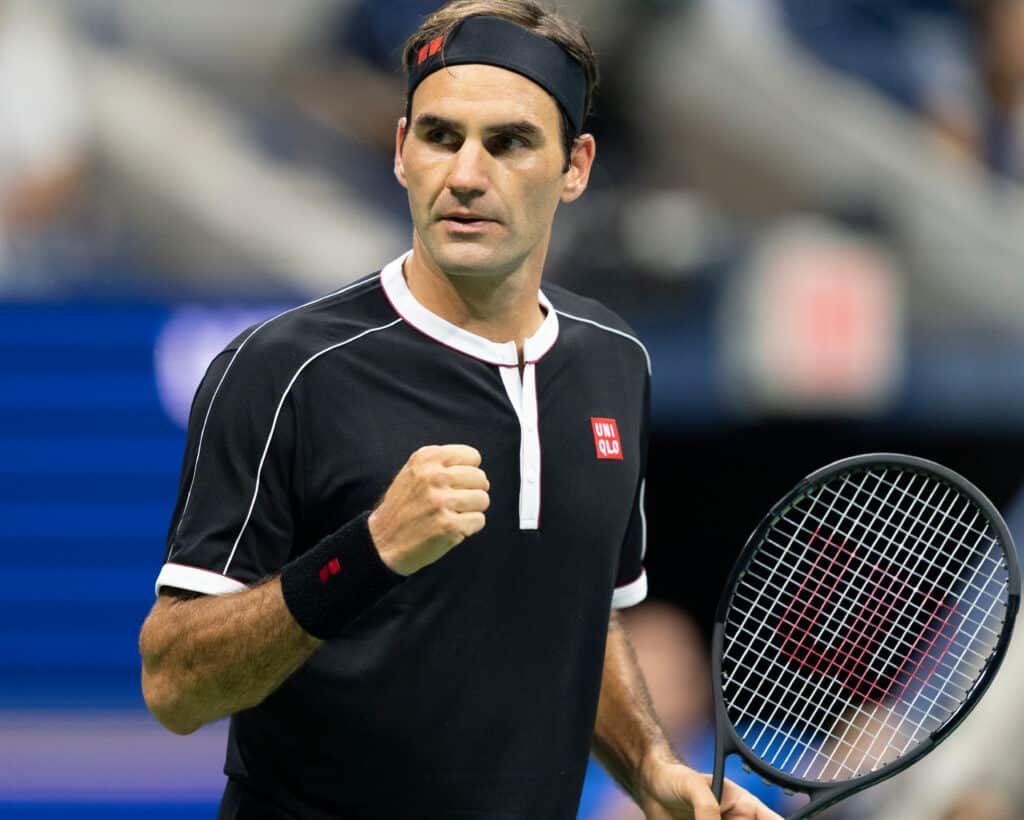 Roger Federer has returned to competitive tennis for the first time in nearly 14 months.

The 39 year old Swiss player, among the greatest ever to play the game, had not played since the 2020 Australian Open in January 2020.

The Maestro magic at work. ✨@rogerfederer gets out in front with the first set tiebreak, 7-6(8).
Stream live → https://t.co/tPoe44TDv0#qemo2021 #qatartennis pic.twitter.com/jfc1TJFb8M

Federer Had 2 Knee Surgeries While Off The Tour

When the tour came to a halt last spring due to the COVID-19 pandemic, Roger Federer decided to use the time off to have arthroscopic surgery on his right knee in February 2020.

However, that surgery was not successful and required a repeat procedure on the same knee in June 2020.

Federer was resolute about his return after the February surgery and still believed he could play competitive tennis after the June procedure but admitted to being discouraged.

He talked about it this week in Qatar.

“I was down. Obviously I couldn’t believe I had to do a second one. This is definitely a moment where you maybe question a little bit more.”

No One Knows If Federer’s Knee Will Hold Out

Federer himself does not know what to expect.

He returns to a tennis world that is so different because of COVID-19.

There are quarantine bubbles and masks now, but Federer’s primary concern remains his knee.

“That’s really the only concern I have: Is the knee going to hold up? As of now, I’m not sure. I did everything I possibly could.”

For The Love Of The Game

They make up the “Big 3”; Federer, Rafael Nadal, and Novak Djokovic.

Federer is the oldest; he will be 40 in August.

Nadal also has 20 Grand Slams (including an unprecedented 13 French Open titles) and is 34 years old.

Djokovic is 33 years old and has 18 Grand Slams.

Federer is coming back because he still loves the game and believes he can compete at a high level.

His greatest success is on grass at Wimbledon, a tournament that was cancelled in 2020 for the first time since 1945.

Wimbledon is coming in July along with the Olympic games in Tokyo.

That is certainly on his radar also; Olympic gold has eluded him in singles.

Even as he approaches 40, Roger Federer has a grace and almost ballet-like quality to his game.

It looks effortless and is a joy to watch.

For however long he can and will play, tennis fans need to soak in his talent and greatness.

Don't call it a comeback, been here for years 🙌@rogerfederer wins his first match back on Tour since January 2020, beating Evans 7-6 3-6 7-5 in Doha! pic.twitter.com/AK36kcwpL3

After his first match win in 14 months, he said:

“Nice to finish with a backhand down the line, always on match point. Feels good to be back…I’m happy to be standing here whether I won or lost. But obviously winning feels better.”