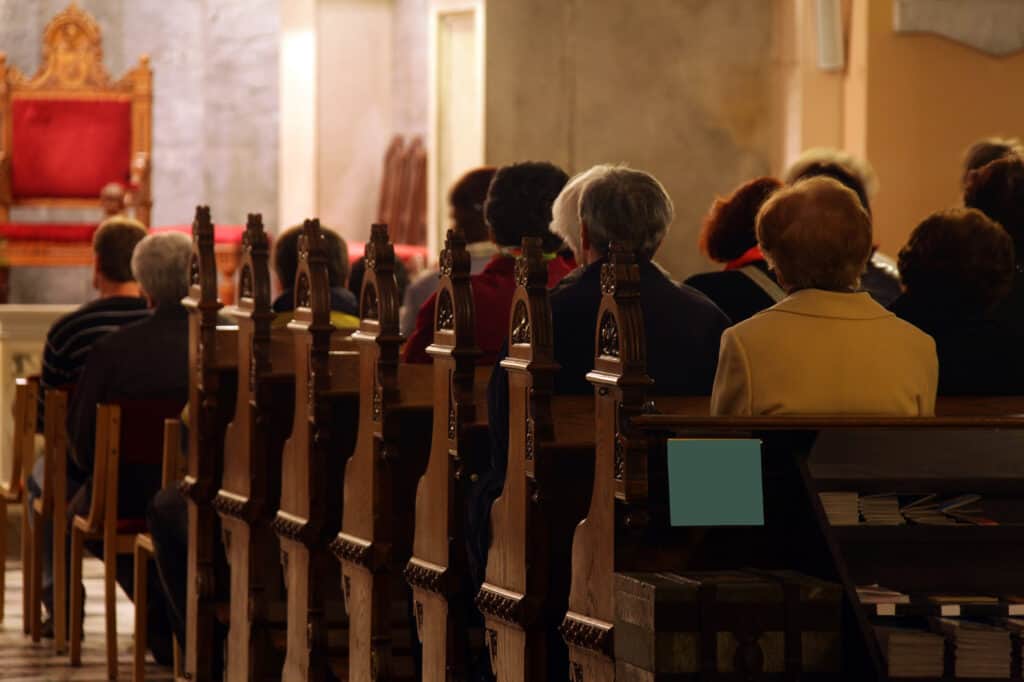 What started as a regular 11 am Mass at the Cathedral Basilica of Saints Peter and Paul in Philadelphia ended up anything but ordinary.

On August 23, the lector concluded her readings.

She walked off the altar of the Church, located on 1723 Race Street when she was struck in the face two times.

As the video shows, the perpetrator is an unidentified black female wearing a mask and a green track suit.

After being struck, the reader continued walking away.

Her identity has not been released to the public.

Archbishop Nelson Perez reported that she was treated on site for her wounds and is doing okay.

Her attacker allegedly walked out of the Church.

Police are actively investigating the incident and searching for her.

Mass attendees were questioned at the scene.

Some recognized the attacker as someone who has visited the Church before.

But they do not think she is a parishoner.

The Archbishop released the following statement about the incident:

“Such behavior is unacceptable at all times, especially within the confines of a church building and during the celebration of the Holy Mass. I was saddened to learn of this incident and regret that it took place. The lector who was assaulted received immediate attention and assistance from Cathedral staff members off camera. She did not require medical attention and is doing well based on the reports I have received.”

Security in Places of Worship

Unfortunately, this is an era where people need to stop being naive about needing security in places of worship.

Thankfully, the victim in the Philadelphia attack is okay.

She could have been seriously hurt if the attacker had a weapon.

And no one knows the emotional toll an incident like that can cause.

A 2017 Christianity Today article provided a checklist that places of worship need to confront to keep worshipers safe in their buildings.

Yes, worshipers have faith and live by the mantra “Be Not Afraid”.

But that does not mean that common sense security measures shouldn’t be enacted in places of worship.