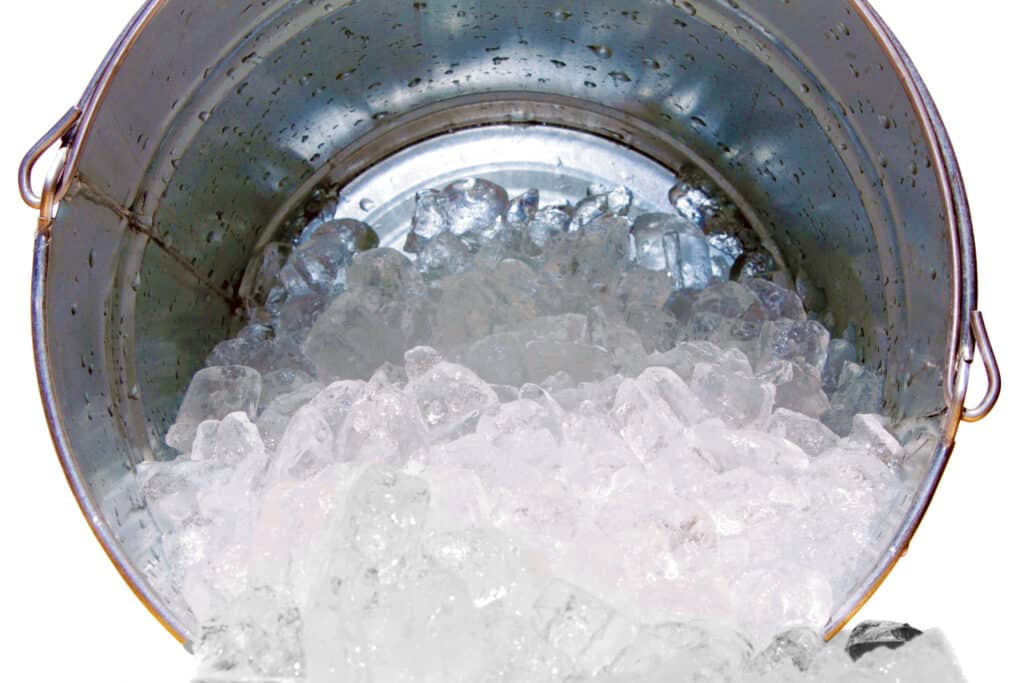 Patrick Quinn, the co-creator of the 2014 viral sensation known as the “Ice Bucket Challenge” died on Sunday, November 22.

Quinn, from Yonkers New York who was diagnosed with ALS also known as Lou Gehrig’s Disease, was 37 years old.

Patrick Quinn was diagnosed 1 month before his 30th birthday.

He lived and suffered 7 years with ALS.

Shortly after his diagnosis, Quinn formed the organization “Quinn For The Win.”

He was committed to fighting the disease and finding a cure.

“Sometimes it is easy to question why certain things happen to you. But I believe this hand has been dealt to me for a reason. And I’m not giving up…I was put on this earth to make a difference in the course of such a horrific disease, And I also believe my tough Irish blood has something to do with that.”

In 2019, Quinn appeared in a public service video with Terry Bradshaw to increase awareness of ALS.

According to the ALS Association, the video has been viewed 63,000 times worldwide.

Quinn saw the Ice Bucket Challenge on social media in 2014.

The Ice Bucket Challenge was a video of a person or people taking a bucket of ice and dumping it over their heads.

Prior to doing so, the people said their names and stated that they were raising awareness for ALS.

Quinn was instrumental in turning it from a passing fad/viral challenge to an annual August event that educated people about ALS and raised money for research.

He is credited with helping to raise more than $220 million as a result of his work with the Ice Bucket Challenge.

His mantra was: “Every August Until A Cure.”

Quinn was candid about how ALS ravaged those suffering from it.

“ALS is a disease that never stops attacking. It’s relentless, unforgiving, and discriminates against no man or woman. We need to make a change and we need to start now. The Ice Bucket Challenge was an amazing start, but we need to push further.”

At the 5th year anniversary of the Ice Bucket Challenge in 2019, Quinn said:

“I can’t believe five years has passed since the Ice Bucket Challenge broke down the barriers to a disease that people turned a blind eye to for centuries….The disease has taken my ability to walk, taken my ability to talk; I now eat through a tube in my stomach; and I wear a mask to a breathing machine that literally keeps me alive. I would be dead without it, because that is what ALS wants. It’s going to attack until one of us loses.”

Quinn Is A Hero

So sorry to hear that Pat Quinn / @PQuinnfortheWin has passed away. He was an inspiration to everyone who ever met him, me included for his brave fight vs. #ALS.

My condolences to Pat’s family and friends; many are in Section 1 & CHSAA coaching circles.

Pat was the best. pic.twitter.com/dXNQzG5aHU

Pat Quinn died a hero, and his words at the last Ice Bucket Challenge he would be a part of cement his legacy.

“I plan on continuing to inspire the world to find their smile. Life is too amazing for me to let this disease get in the way. What makes one truly alive is not just living. It’s the way in which we live… I was diagnosed with ALS back in March 2013. It’s been an absolute battle to still be here today. You may find this hard to believe, but I wouldn’t trade my life for anything. I sit before you today happy, excited for the future, in love, cherishing my family and friends with no end in sight. ALS can knock me down as many times as it wants, but this stubborn Irish SOB will never stop getting up, and I know there are so many people out there thinking the same thing. United we can defeat ALS.”