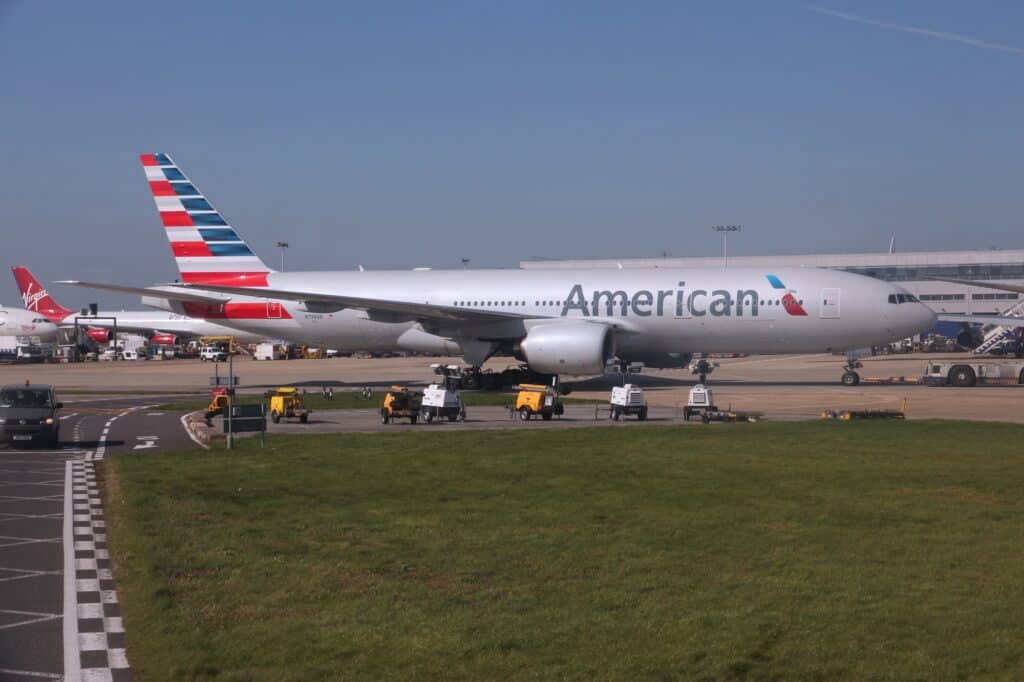 Face masks are one of the harsh realities of 2020 amid the COVID-19 pandemic.

Airlines in particular have been at the forefront of mandatory mask policies for passengers.

Despite that, there are still individuals who board airlines with no intention of wearing masks.

Because everyone has a phone and is eager to record such events, we have footage of all the ugliness.

Let’s look at a few examples.

Nothing like a morning Fight Club as tempers flared on @AmericanAir LAS-CLT flight today….So much for social distancing! #AAFightClub @thefatjack pic.twitter.com/NN9lj8enbf

It is unclear what the angry passengers are fighting about.

Some said it was because of mandatory mask-wearing; others said it was over seat assignments.

Regardless, someone called the police who came on the plane and escorted the woman wearing pink off of the plane.

This skirmish is definitely over a passenger’s refusal to wear a mask.

It appears he got a bloody nose from the ordeal.

Unfortunately, airplanes are not the only place where mask-wearing is contentious and violent.

Retail stores also have been problematic.

California is among the hardest hit by COVID-19.

The LA mayor enacted an emergency and mandatory mask ordinance in all public places on April 10.

A Target security guard suffered a broken arm as he was escorting people out of the store who were not wearing masks.

To mask or not mask, that’s the question.

As evidenced above, masks are a heated issue.

To be clear, Dr. Fauci, Dr. Birx, and the CDC did not initially mandate mask-wearing (beyond front line medical workers) when COVID-19 was declared a pandemic.

There are 2 reasons for that.

This led to a great deal of confusion among Americans who were largely confined to their homes.

So the frustrated public attempted to interpret a confused and sometimes misguided mask message.

Frustration led to anger, and then somehow some people interpreted mask mandates as imposing on their individual American freedoms.

It’s hard to understand how a mask mandate is different than state laws requiring seat belt wearing, minimum ages for buying tobacco or alcohol, or even the most basic, “No shoes, no service,” mandate many U.S. retailers require.

But this is where we are.

And it is not clear how long we will be immersed in mask mandates.

Unfortunately, more publicized fights can be expected as time goes on.