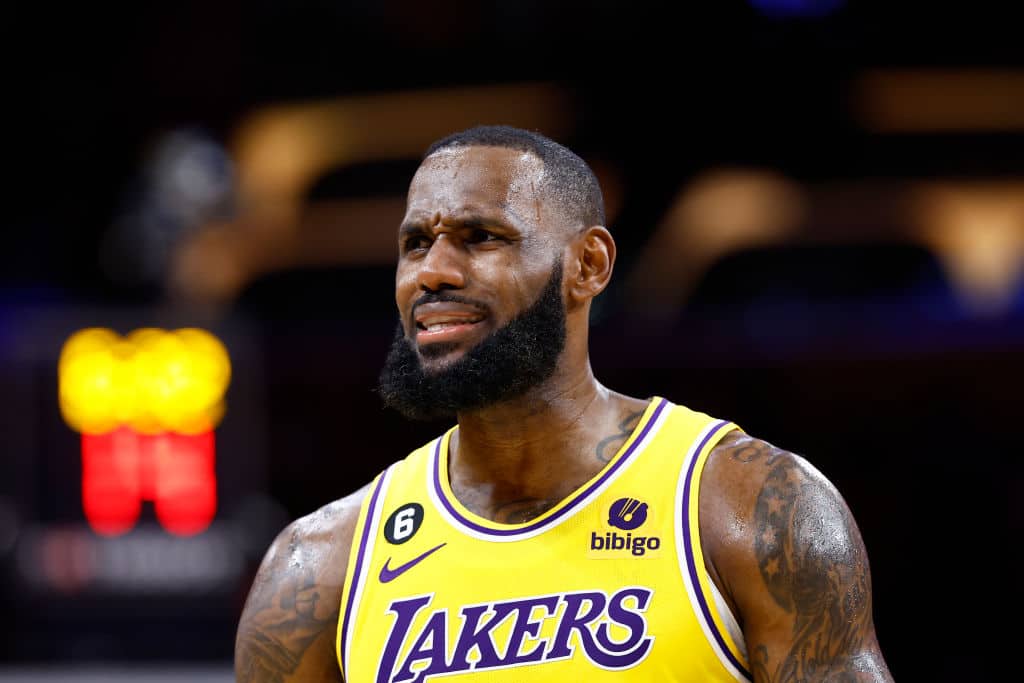 The Los Angeles Lakers are one of the worst teams in the NBA currently.

The team is really struggling and only has a 2-8 record after the first 10 games of the season and it doesn’t feel like things are going to turn around any time soon.

This is the worst version of the Lakers we have seen in years, which is saying a lot when you think of the last few seasons for the team.

Usually, LeBron James is one of the few bright spots for the squad.

And while he is playing better than most other guys in the group, he’s having his own set of problems, including a poor shooting percentage.

“I don’t think I see that spark in Bron,” Caldwell-Pope said.

He continued, “So, hopefully, he gets it back.”

Caldwell-Pope isn’t the first person to make comments about James not looking the same as usual.

Will more and more people speak up about James soon?

Those aren’t bad numbers but his percentages have all fallen quite a bit this season: he is shooting 44.7% from the field and shocking 21% from the three-point line, which is all considerably worse than previous years.

There were a few games over the last few years where James’ power was able to push the Lakers across the finish line and secure them a win.

However, we haven’t that from him this year so far.

James has also been suffering from an injury lately, with his foot causing him to miss Monday night’s loss to the Utah Jazz.

James is having a rough season for a number of reasons and it’s leading some people to ask: are things going to get better or worse?

Do The Lakers Have Enough To Be A Playoff Team?

The Suns-Lakers Game Could Be Missing Two Key Superstars

2 Bold Predictions For The Lakers This Season

The Lakers Might Be Getting More Help This Week

The Lakers Got A Glimpse Of Vintage Anthony Davis

The Lakers Are Giving The Pelicans A Huge Advantage

The Lakers May Be Targeting A Three-Time All-Star

Is It Time for the Lakers to Trade Anthony Davis?

The Lakers Give An Update On LeBron James