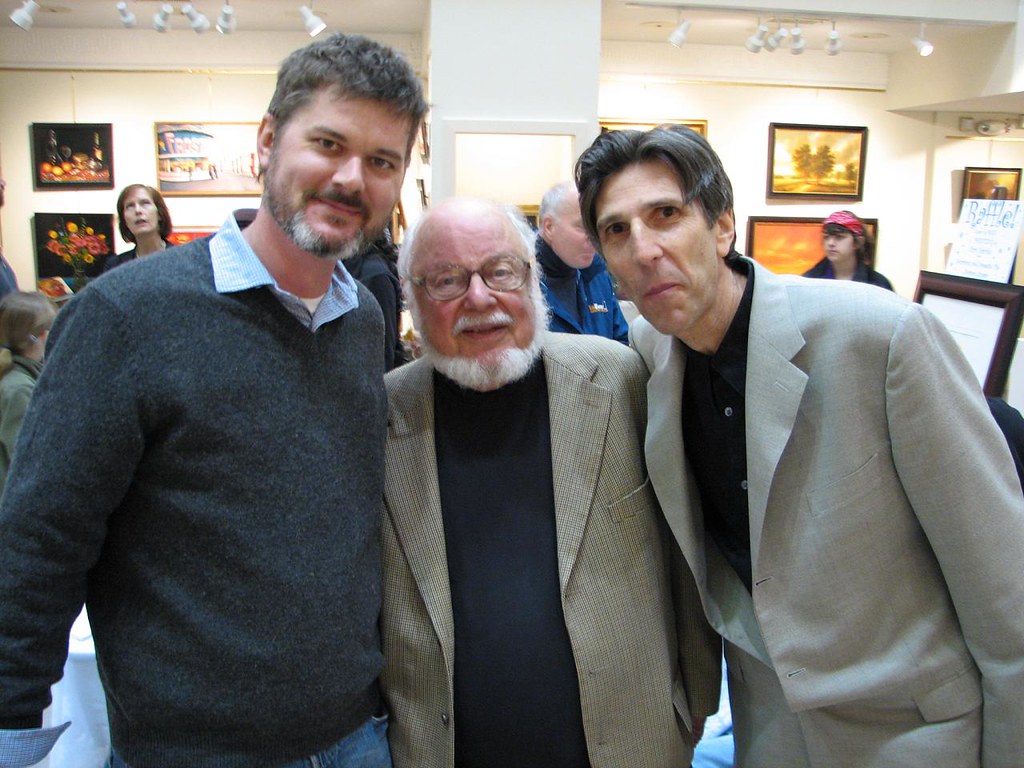 Norton Juster, acclaimed children’s book author, died in Massachusetts on March 8, 2021 at the age of 91.

He suffered a stroke and complications from it reportedly were the cause of death.

Best known for THE PHANTOM TOLLBOOTH + THE DOT & THE LINE, Norton’s greatest work was himself: a tapestry of delightful tales.

"To the vector goes the spoils." pic.twitter.com/9PObTjRes7

Proof of his genius, Juster’s work stood the test of time.

Here are three things to know about Norton Juster.

Kids may no longer know what a tollbooth is, but they should always know “The Phantom Tollbooth.” RIP Norton Juster. pic.twitter.com/s47ekZSuA0

The main character of this book is a ten year old boy named Milo who is traveling through the Kingdom of Wisdom after a magical tollbooth appears at his house.

Everyone loves “The Phantom Tollbooth” . One of the greatest books of all-time.

Norton Juster. What a legend. Rest in Paradise 💛📚 pic.twitter.com/C9pgP3CHvH

Juster’s readers learn about the The Foothills of Confusion and The Valley of Sound.

This book was adapted into a 1970 movie of the same name.

Though he was in his early 30s when this book was published, Juster said the premise of this book was born in his 20s when he was working at an architectural firm in New York City.

He wondered how children related to some of the most confusing and obscure concepts of the world.

In 1999, he elaborated on his idea in the introduction of reissued book.

“I started to compose what I thought would be about a child’s confrontation with numbers and words and meanings and other strange concepts that are imposed on children. I loved the opportunity to turns things upside down and inside out and indulge in all the bad jokes and puns and wordplay that my father had introduced me to when I was growing up.”

You could say it was all in the family.

His father and brother were both architects, and Juster himself honed his interest in it also.

Juster’s father was a Russian immigrant who earned his architectural degree through correspondence courses.

Norton Juster earned a college degree in architecture from the University of Pennsylvania in 1952.

While writing books, he opened his own architectural firm, Juster Pope Associates, in Shelburne Falls, Massachusetts.

His books often compared and contrasted structure (a basic tenet of architecture) with over-the-top absurd thinking.

His follow-up book to The Phantom Toolbooth was The Dot and the Line: A Romance in Lower Mathematics.

The Dot and the Line was also made into a short film which earned the 1966 Academy Award for Best Animated Short Film.

Other notable titles hit bookshelves in the 2000s.

In 2010, nearly 50 years after collaborating with his former roommate Jules Feiffer who illustrated The Phantom and the Toolbooth, he teamed with Feifer again for The Odious Ogre.

He wrote 12 children’s books in total.

Norton Juster is survived by his daughter Emily.

He was also a Navy veteran, serving in the Civil Engineer Corps of the United States Navy from 1954-1957.

Ironically, he was reprimanded while writing and illustrating a children’s book while on duty.