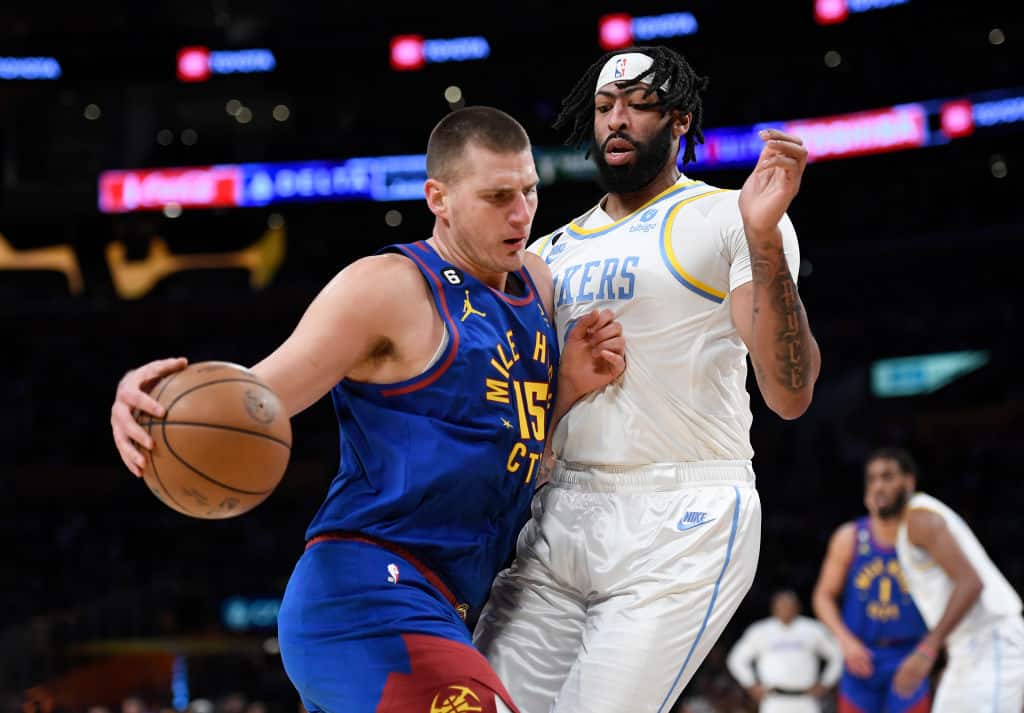 Believe it or not, the Denver Nuggets were beaten by the Los Angeles Lakers on Sunday night.

This was surprising for a number of reasons, mostly because the Lakers have had a horrible season so far and the Nuggets have not.

While the game didn’t end as the Nuggets wanted, fans of the team were able to see some great things throughout the match.

Specifically, they were able to once again witness the beauty and power of Nikola Jokic on the floor.

Jokić workin' in the post is a beautiful sight #MileHighBasketball pic.twitter.com/qG3P5LCOfO

The team highlighted that with a video on their Twitter page that showed Jamal Murray finding Jokic in the paint and passing him the ball.

Once receiving the rock, Jokic was able to make his way around Anthony Davis with ease and put up a smooth two points.

Jokic was going against one of the best big men in the league but he still made it all look so simple.

This is just one of the many talents of the two-time MVP.

Jokic is perhaps the best center in the league right now and it’s hard to find anyone who can deftly defend against him.

He’s great at plays like the one in the video above, where he is able to dominate the paint, duck, weave, and find the bucket.

But that’s only part of what makes Jokic so special.

This video doesn’t show it but few players are able to read the floor, pass, and assist like Jokic.

The man has a superior basketball IQ and a vision on the court that is second to none.

Put all of that together and you have a big man who can play like any position for his team.

Nikola Jokic Is Doing It All For The Nuggets

Nikola Jokic Is Playful About His Teammate's Return

The Denver Nuggets Had Childish Fun With Their Returning Superstar

Nikola Jokic Wants To Be Like An Iconic NBA Legend

A Nuggets Superstar Is Promising Greatness

Aaron Gordon Still Has Plenty Of Time For A Major Resurgence

Nikola Jokic Shines No Matter What Jersey He Wears

The NBA's MVP Is Really Enjoying His Summer